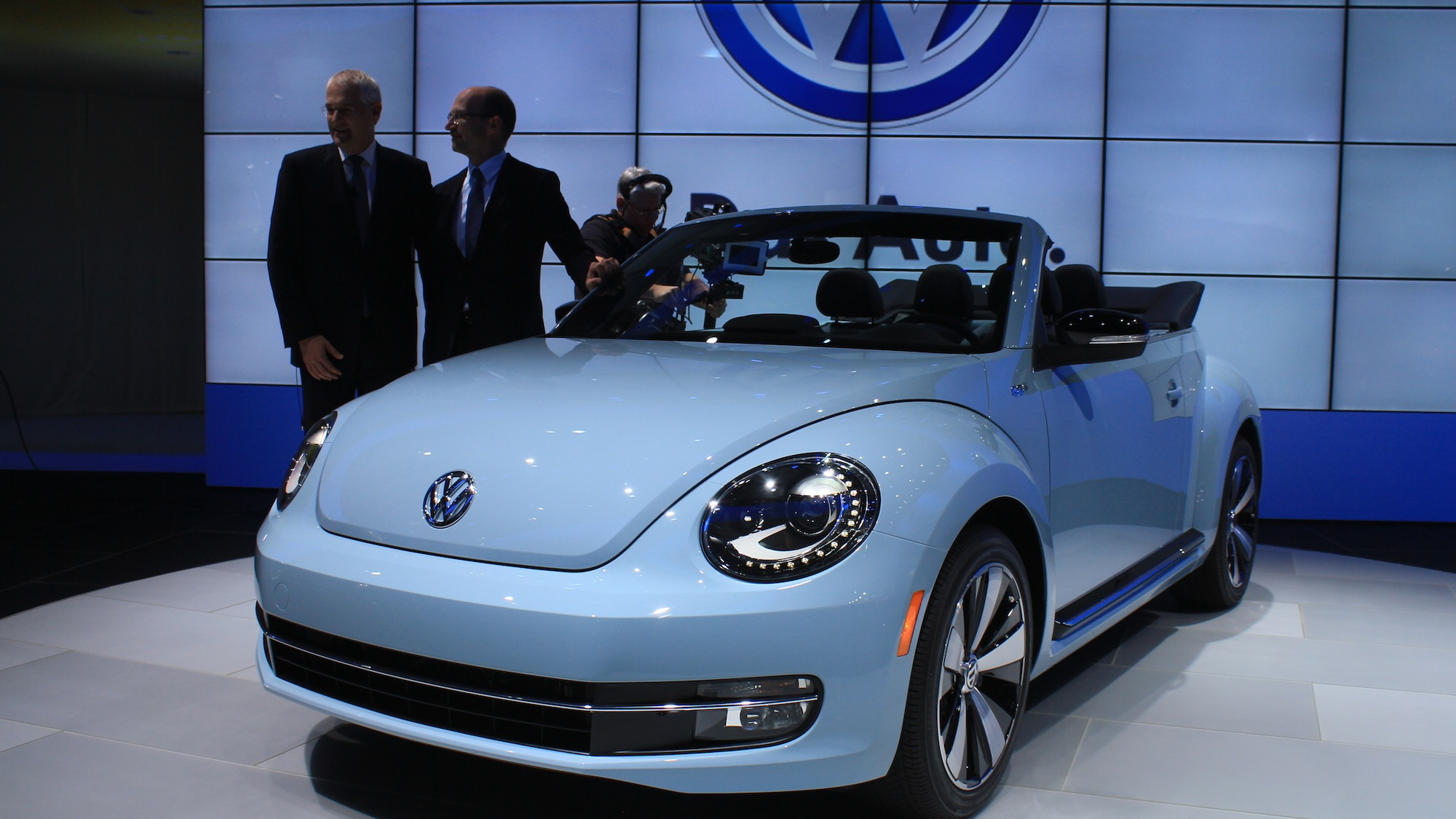 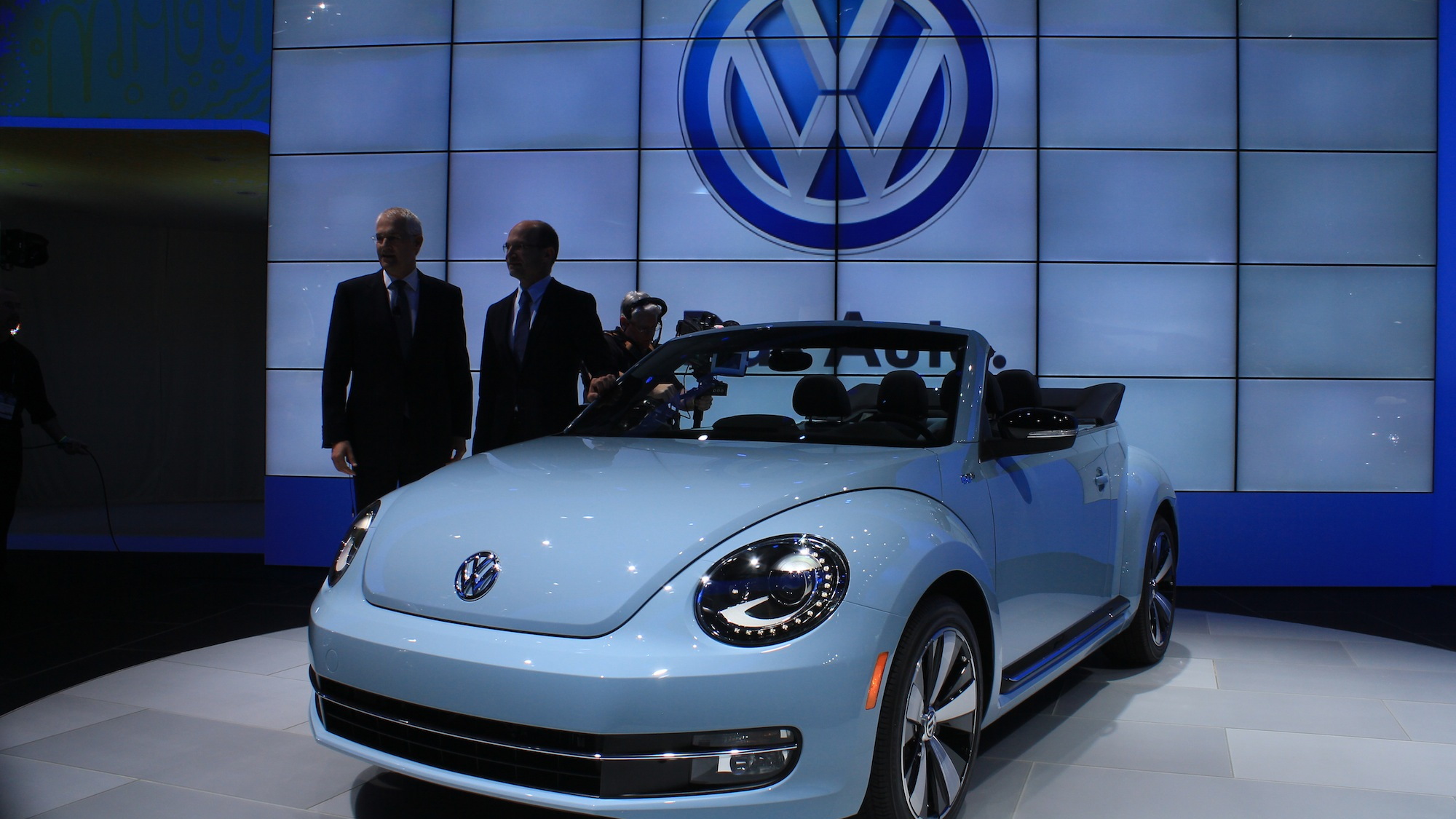 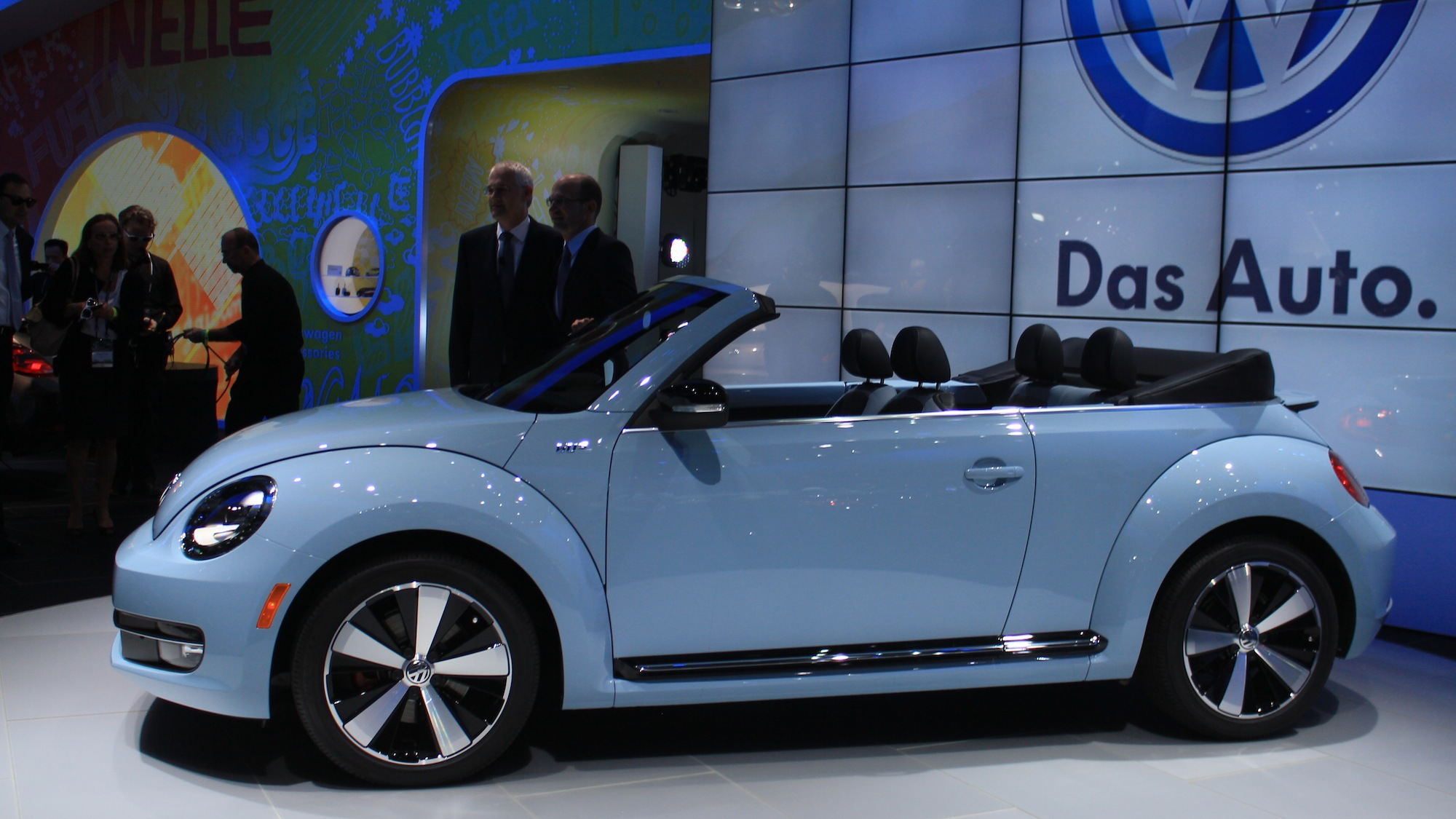 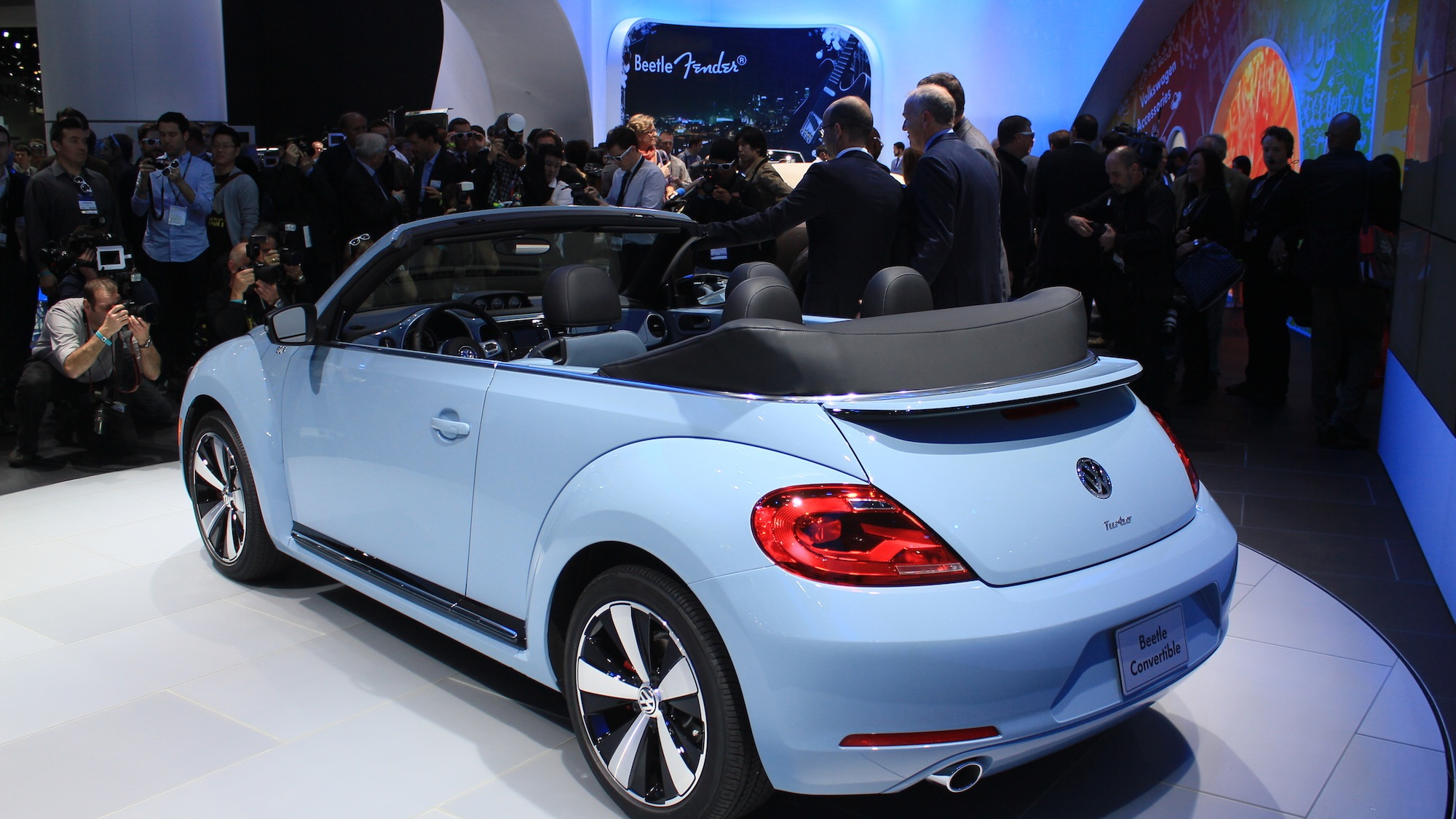 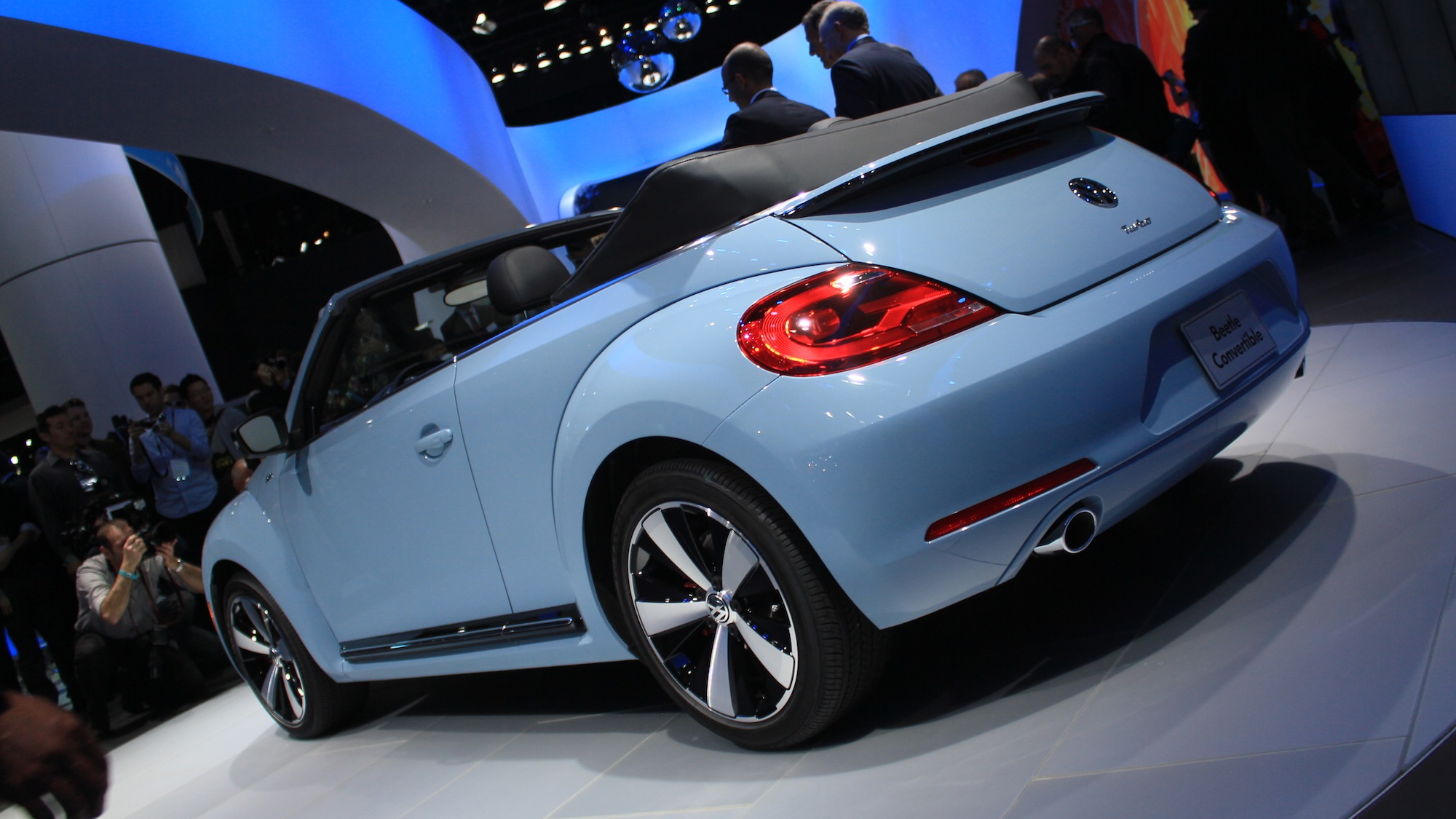 13
photos
In the history of the automobile, the Volkswagen Beetle is easily one of the most iconic vehicles ever created. Generations of drivers learned the joys of rowing their own gears behind the wheel of the slow-but-stout Beetle, and Volkswagen is banking that those drivers will want to park an old friend back in their garage.

It’s no coincidence that the new-for-2012 Beetle harkens bank to the styling of  the first generation cars, straying from the cute-as-a-bug look of the second generation New Beetle. Some would call the styling more masculine, but we suppose the half-full versus half-empty counter to that would be this: the new car is simply less feminine.

That’s true even in the eagerly-anticipate Beetle Convertible variant. New for 2013, the Beetle pulls off a more serious stance, along with a more mature styling that borrows elements seen throughout Volkswagen’s current range (like the squared-off bumpers, for instance). We even like the look of the car’s five-spoke wheels, which add a sporting air absent from the second version.

When the 2013 Beetle Convertible hits dealers later this year, it will come in “vintage look” editions, with one honoring the fifties, a second focused on the sixties and a third variant paying homage to the seventies. Each will wear decade-correct paint, and each will come with retro wheels and vintage upholstery.

Let’s be honest: nostalgia is big business, and we expect that Volkswagen will sell every single Beetle Convertible it can build.