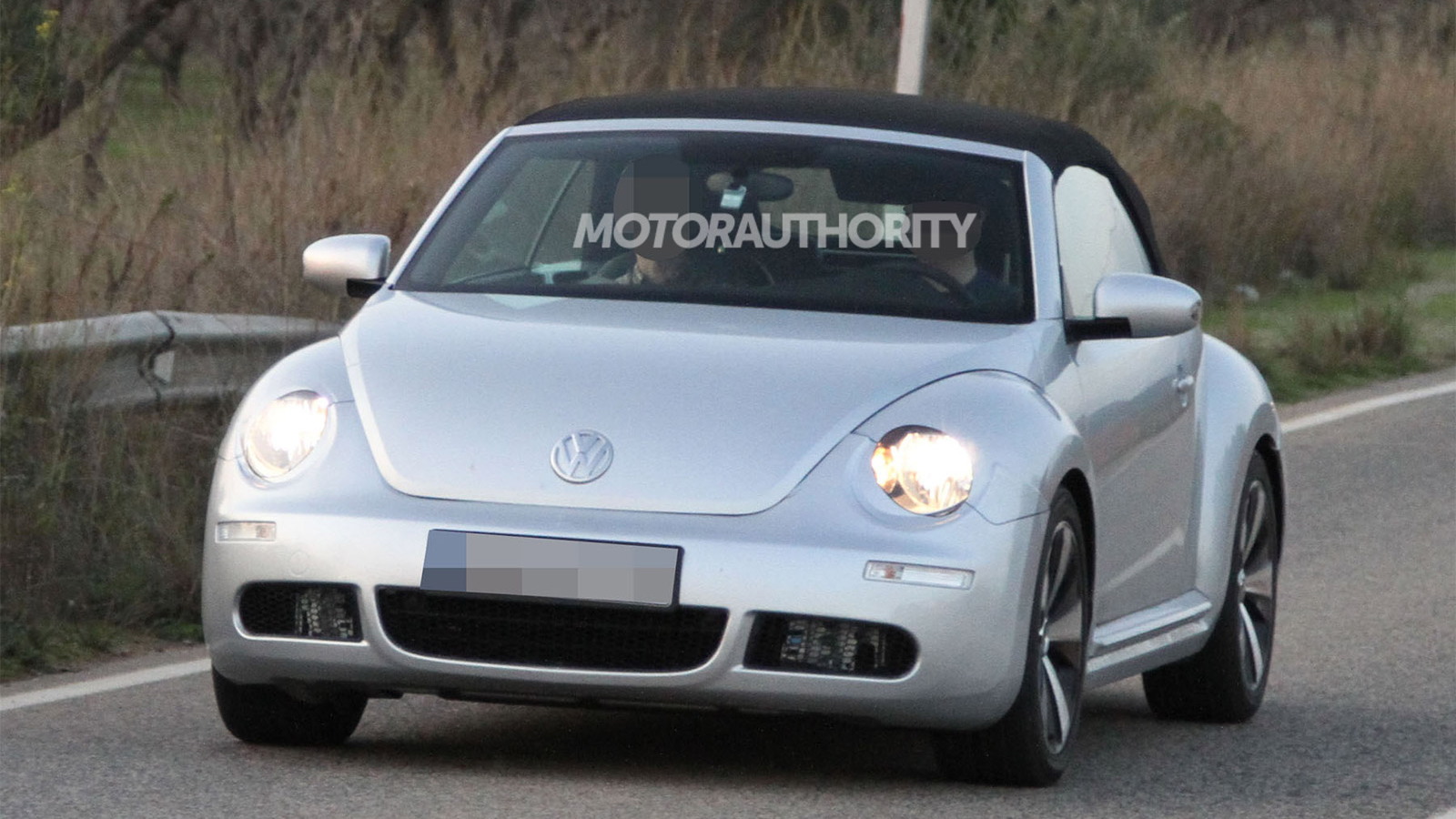 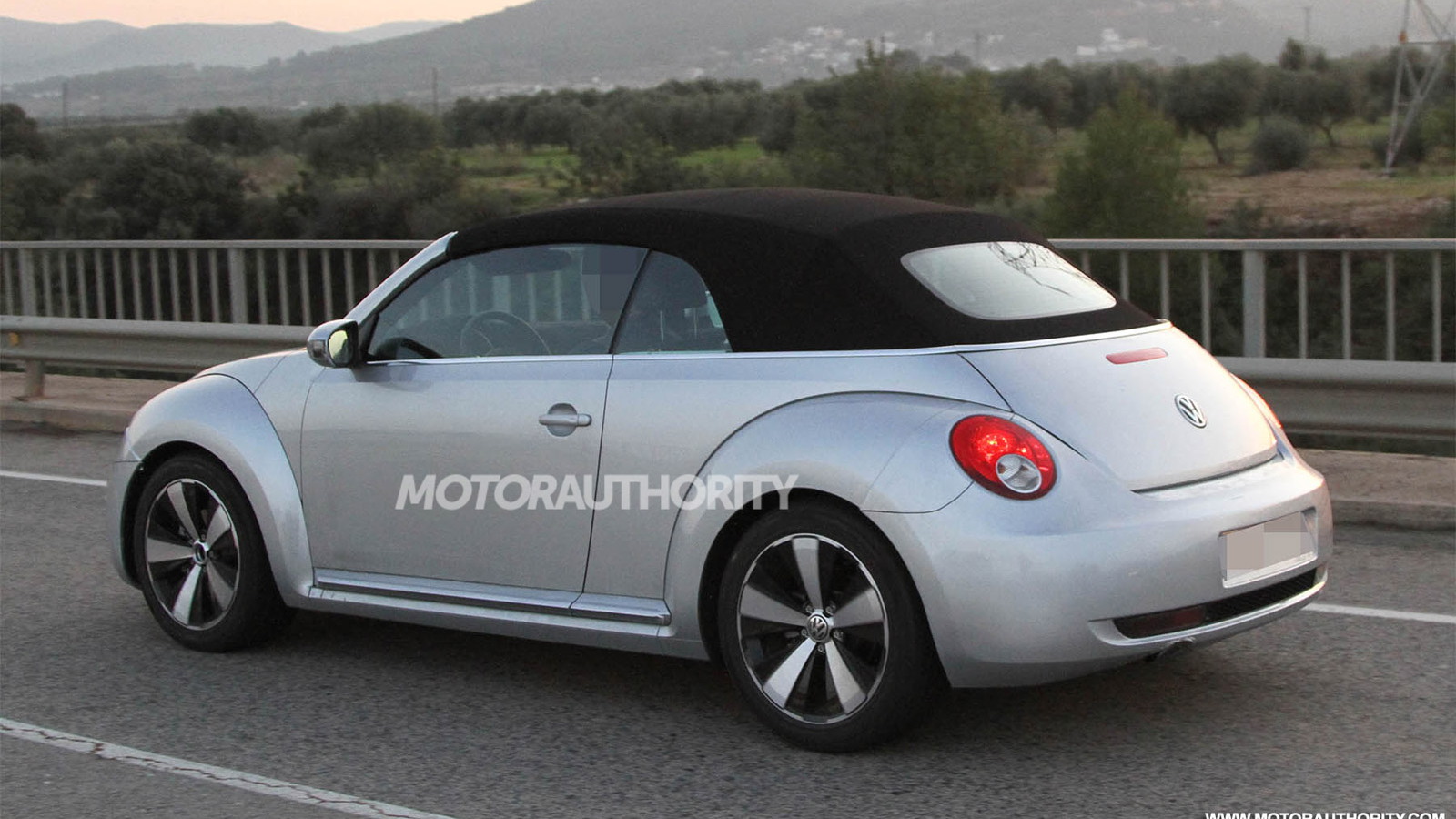 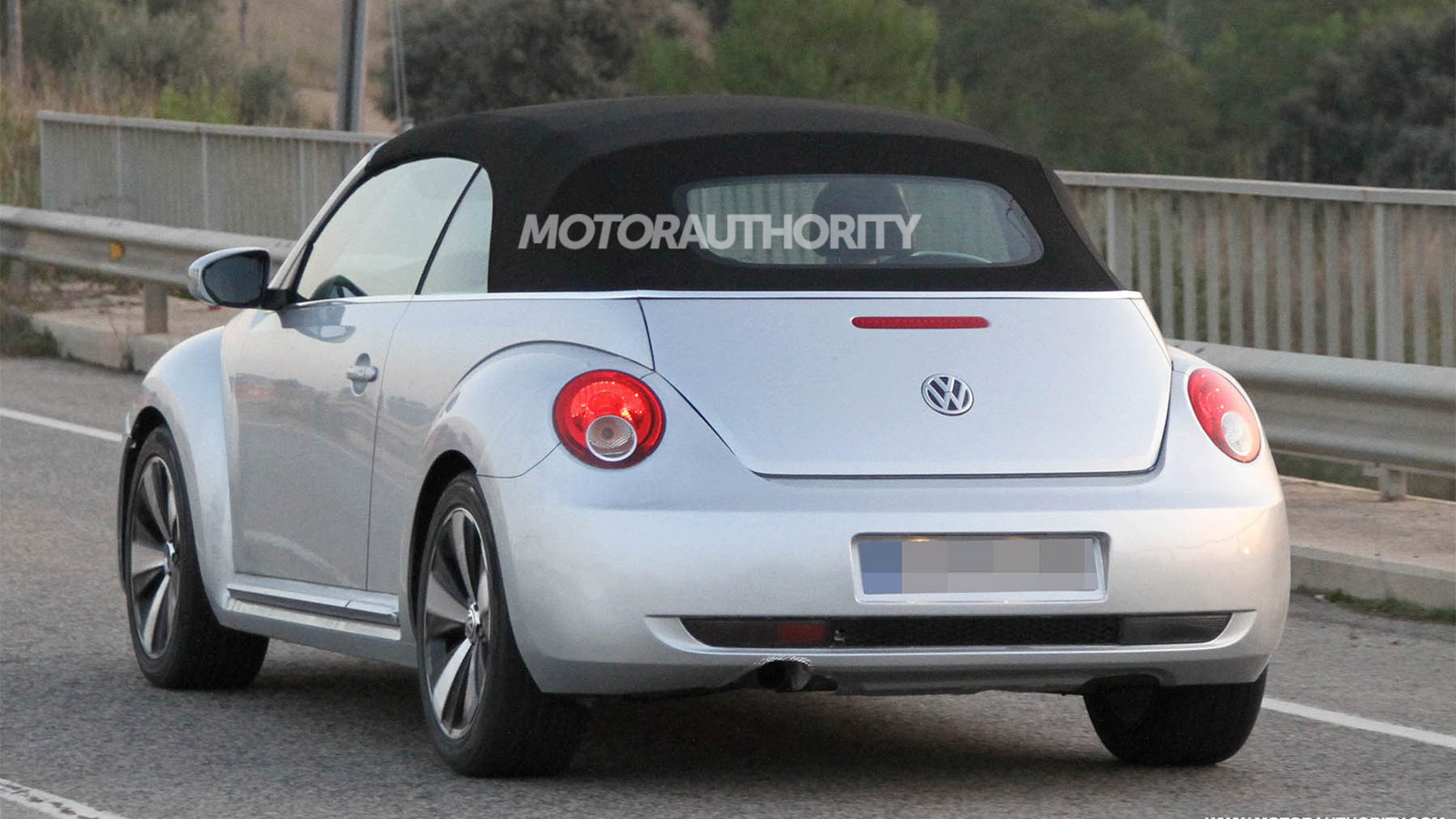 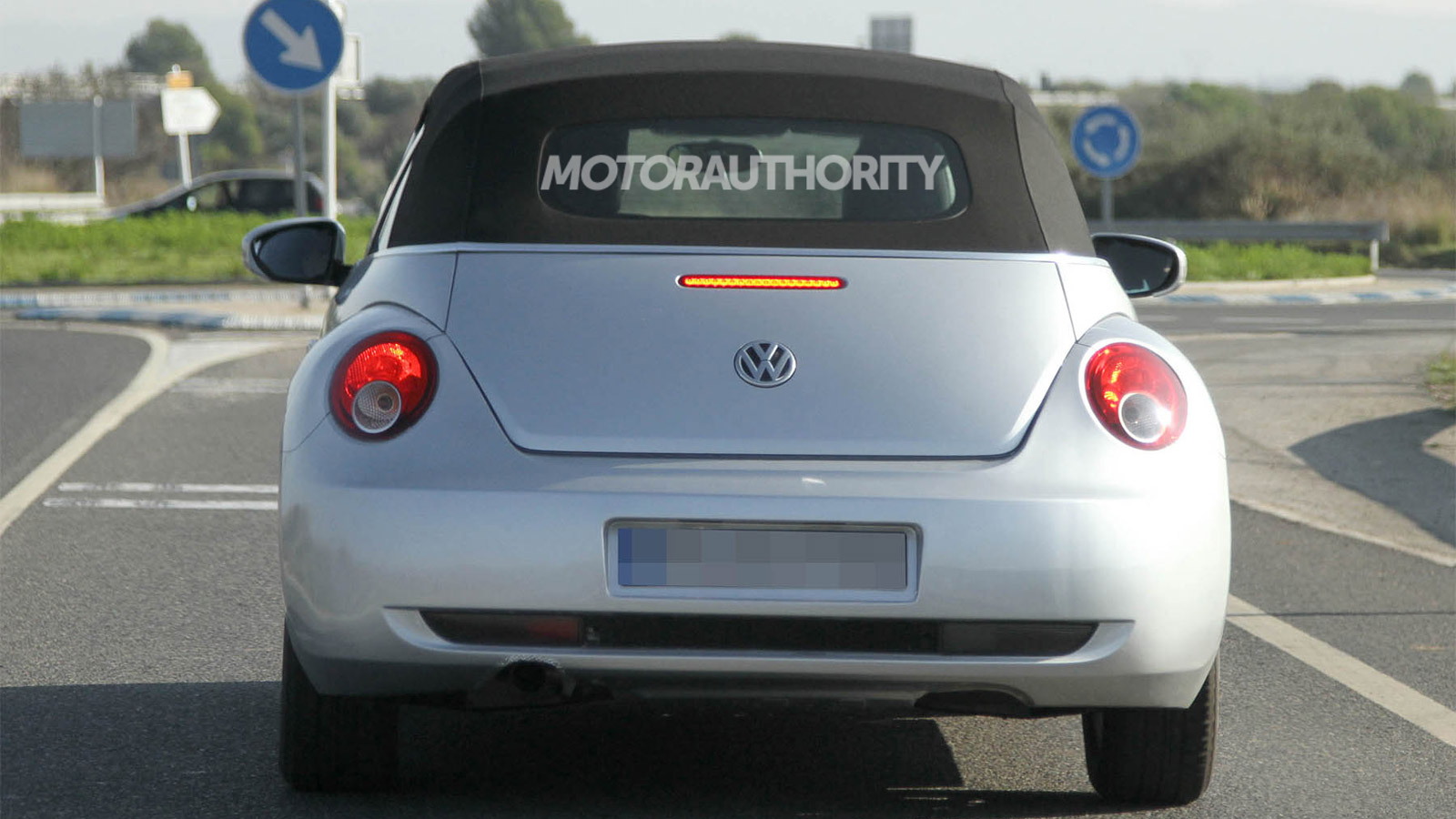 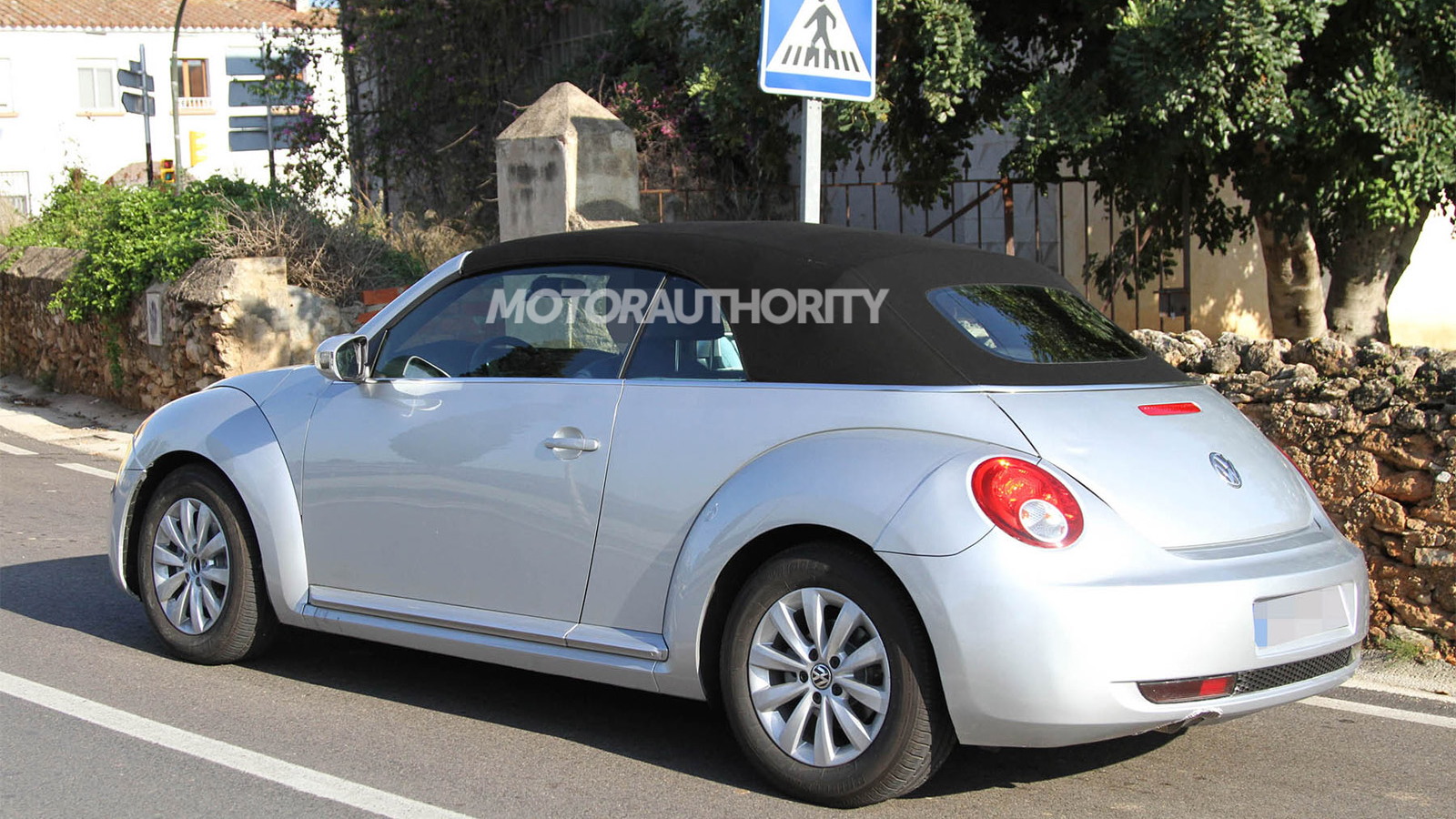 8
photos
The newly redesigned Volkswagen Beetle relies on nostalgia for much of its appeal, so what better way is there to promote the new Beetle Convertible than with special editions that honor the car’s formative years?

Set to be launched at this fall’s Los Angeles Auto Show, Car and Driver is reporting the Beetle Convertible will be offered in “Fifties,” “Sixties” and “Seventies” trim, each an homage to the topless Beetles of the era. Sales are said to be planned for both the United States and European markets.

Volkswagen considers the cars “authentic recreations,” but with the benefit of a modern drivetrain and contemporary safety features. Each will sport period-correct upholstery (which those of us who grew up driving 1960s VW Beetles don’t necessarily see as a good thing), retro wheels (potentially with whitewall tires) and retro paint colors.

It's unknown if these special edition cars will come with a single drivetrain or offer buyers a choice of engines and transmissions, but we hope that Volkswagen will build them with a manual gearbox option. Driving a 1950s-era Volkswagen with an automatic transmission just seems wrong to us.

We can see the appeal of these cars, especially for those with prior vintage Beetle experience. Sure, the new Beetles are driven from the wrong end and feature heaters that actually work, but they’ll likely be familiar enough to wind up in more than a few garages. Think of them as the automotive equivalent of comfort food.