When Honda launched its ninth-generation Civic in the U.S. market in 2011, the car was almost universally panned by the media, which collectively found it to be a giant step backward in materials and construction compared to the previous generation.

Even Consumer Reports, long one of the Civic’s biggest cheerleader’s in the U.S. market, dropped the car from it’s “Recommended” list. Despite this, consumers seemed to embrace the new Civic, warts and all, and Honda dealers have had little difficulty in moving inventory.

Honda has always prided itself on delivering best-in-class products, so the automaker was quick to realize its mistake in hurrying the ninth-generation Civic to market. To satisfy the media, if not consumers, a refresh of the current Civic was ordered to address complaints of cheap material quality and uninspired styling.

That early-cycle refresh will debut at this year’s Los Angeles Auto Show, but Honda has released a few images of the 2013 Civic in advance. There’s little detail available on changes just yet, but Honda promises its new models will offer “upscale and premium style.”

Up front, that translates to a restyled fascia with a horizontal chrome accent below the bumper, a black mesh grille, fog lights (on upper trims) and clear turn signal lenses. Chrome trim also defines the grille borders, before sweeping upward to meet a sculpted hood. 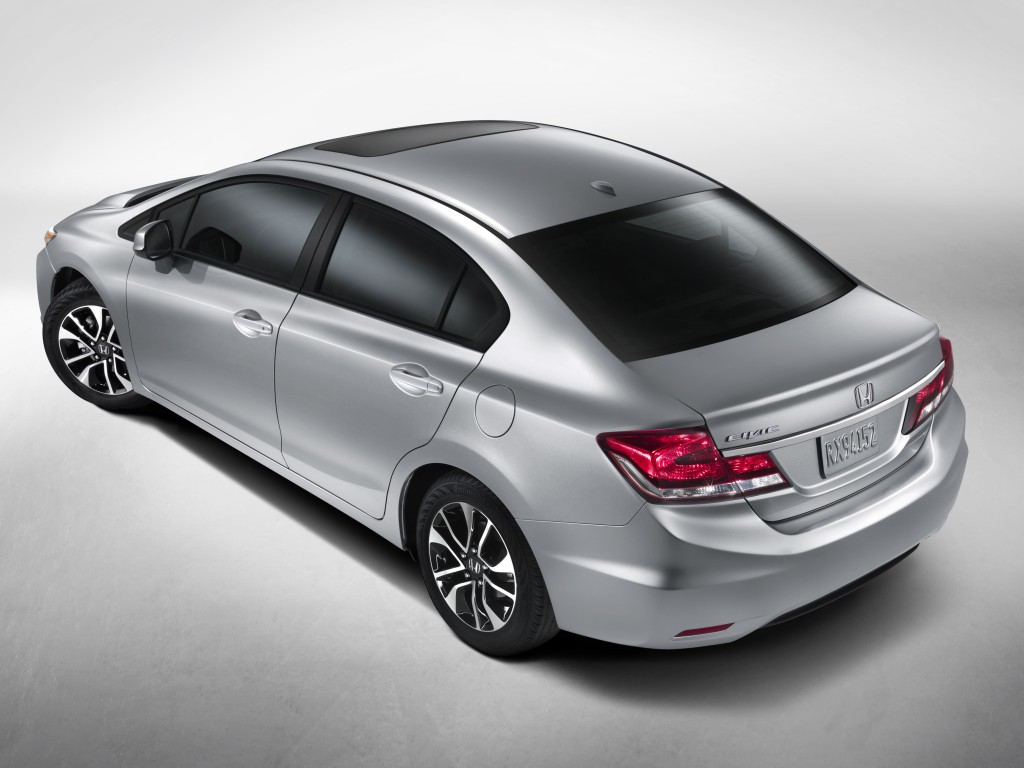 From the rear, the 2013 Civic benefits from a restyled bumper, trunk lid, taillights and diffuser, all meant to deliver a more “finished and upscale look” according to Honda. There’s chrome out back, too, with the deck lid lip now sporting a meaty, bright accent strip.

Honda isn’t detailing what else has changed on the refreshed Civic, but Vicki Poponi, assistant vice president of product planning for American Honda says, “The 2013 Honda Civic exterior refinements infuse Civic with a more youthful, premium style. Coupling these with additional changes beneath will ensure that Civic maintains its top-ranked status.”

The changes should extend to the Civic Si as well, which was perhaps the biggest disappointment in the ninth-generation Civic update. Stay tuned when Honda releases details at the 2012 Los Angeles Auto Show.