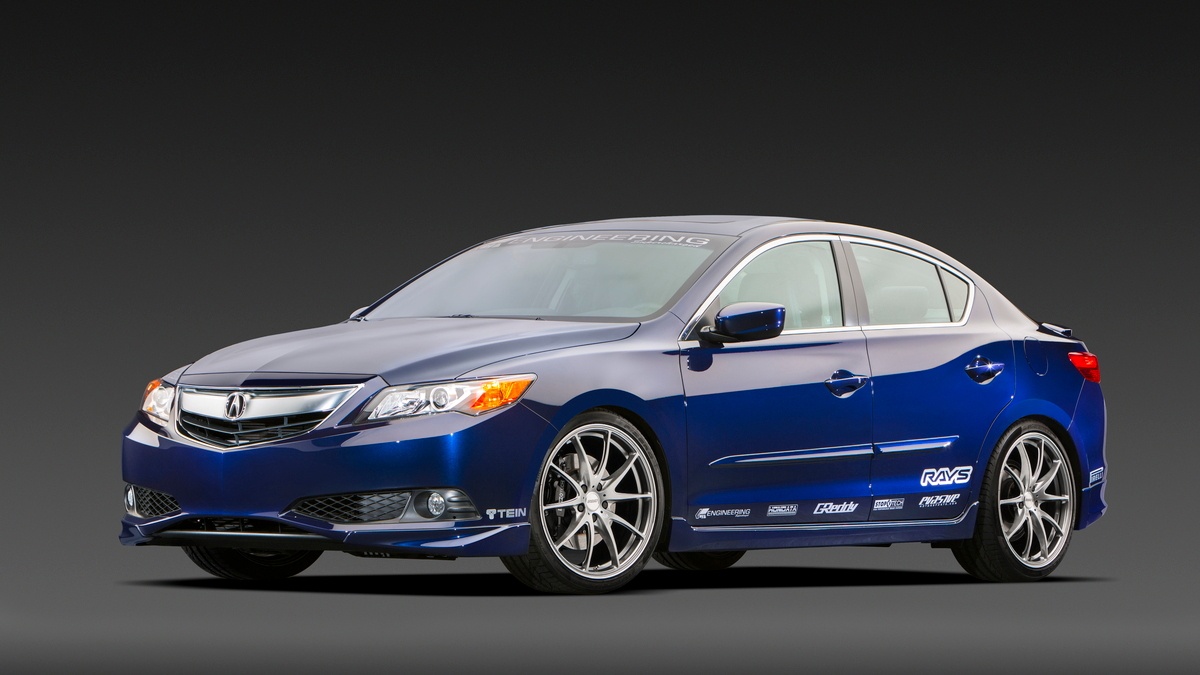 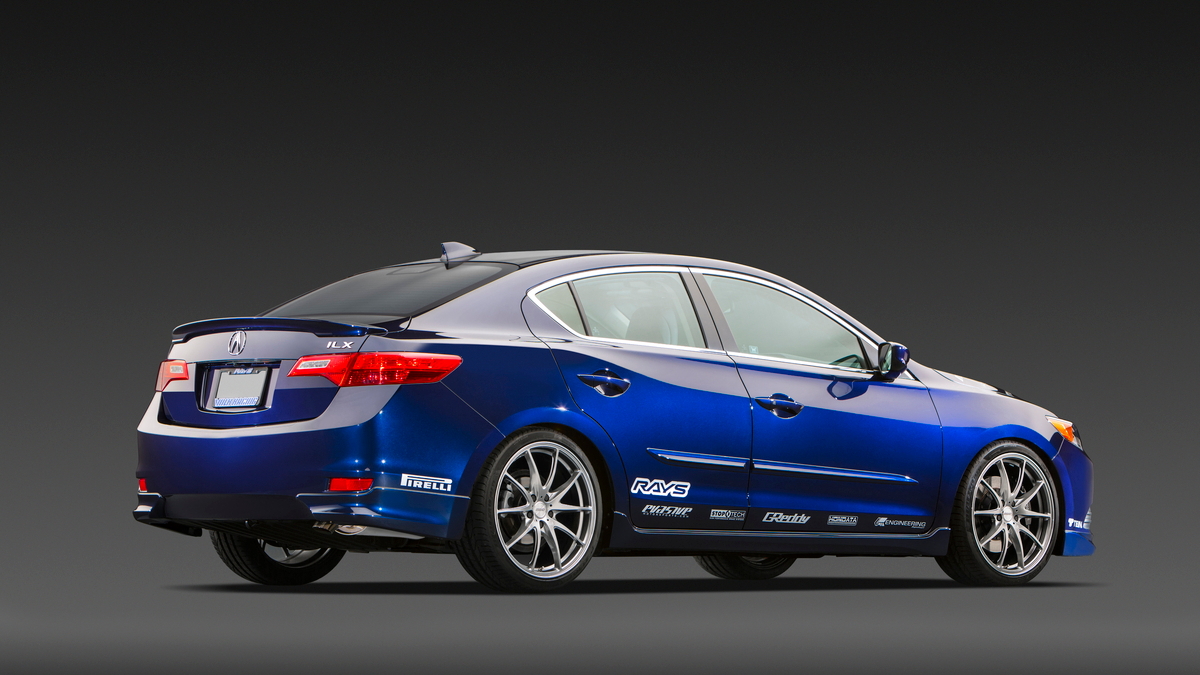 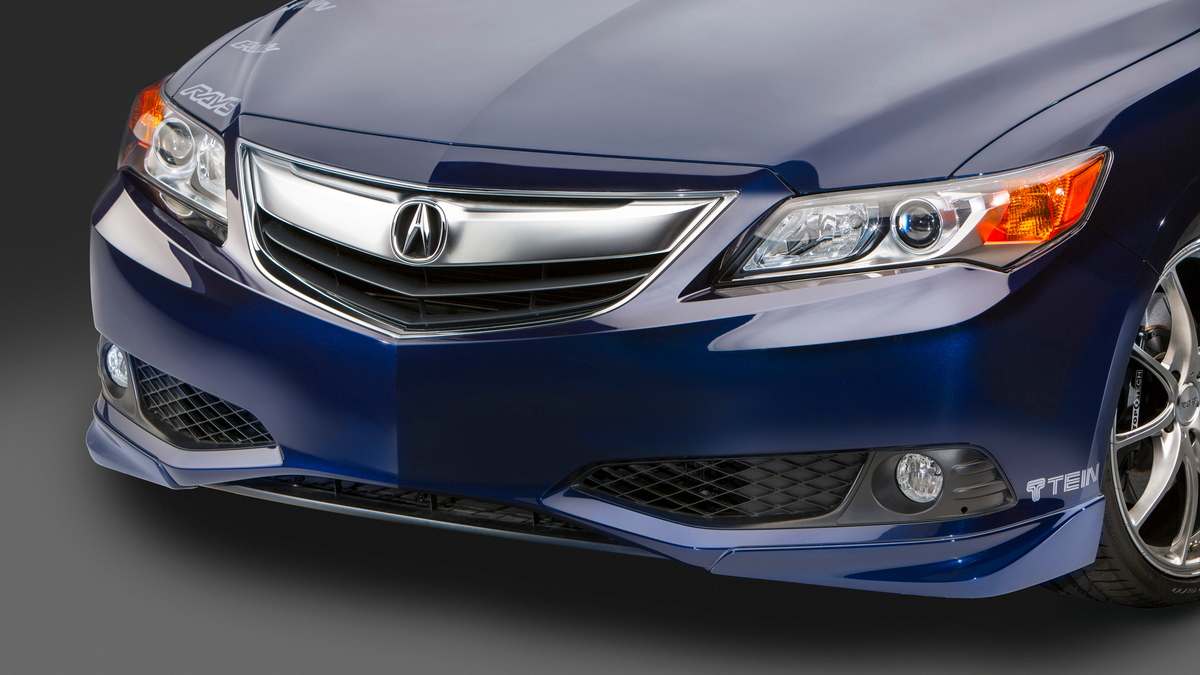 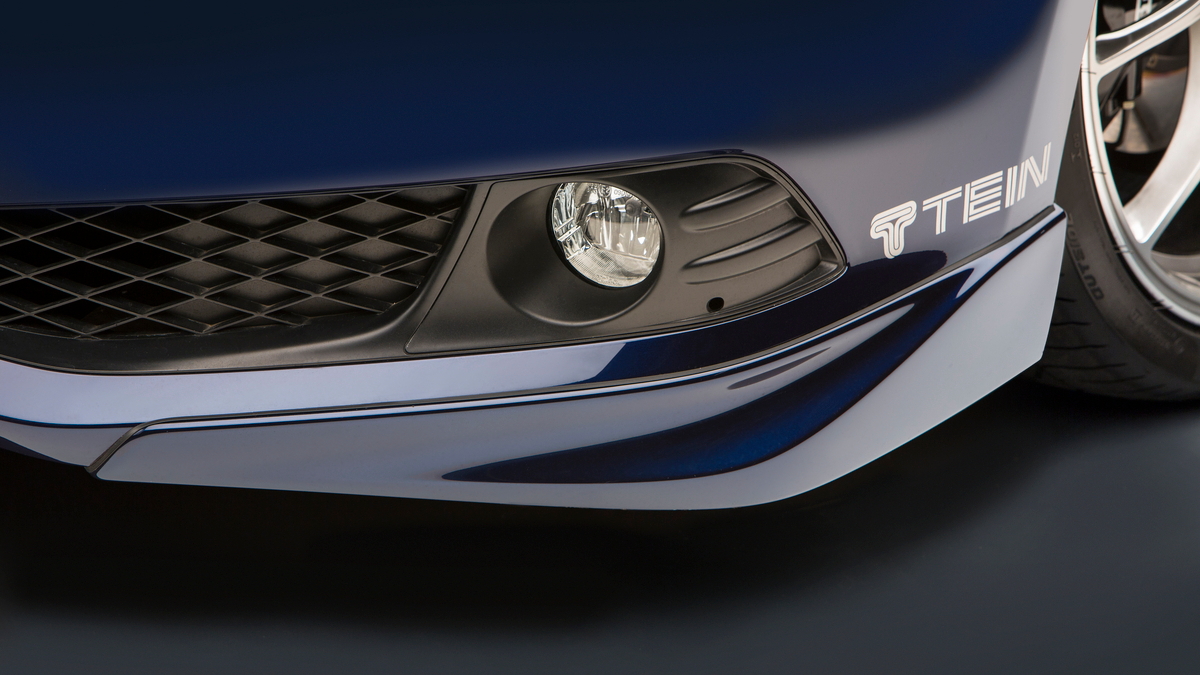 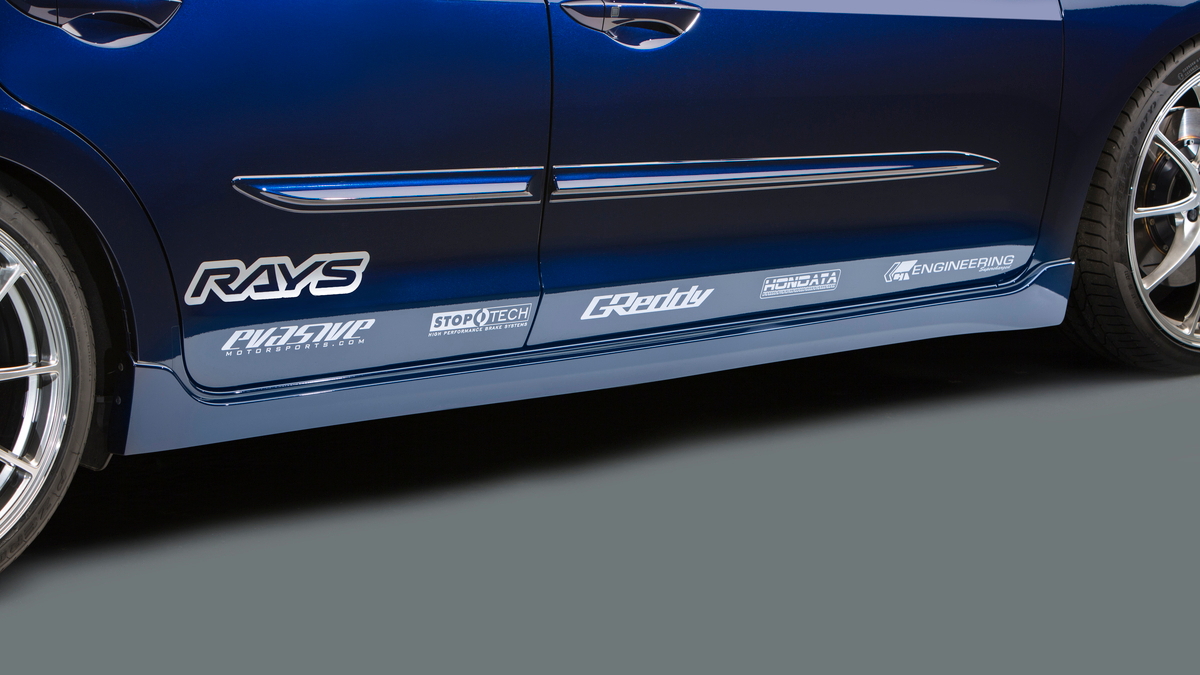 9
photos
Acura bills its gateway-to-the-brand ILX sedan as the ideal blend of sport and luxury, but our experience with the car tells us it’s lacking in the sport department. Even with the 201-horsepower, 2.4-liter four-cylinder engine (the largest available), the car lacks the kind of thrust we require to define it as entertaining.

That’s what the aftermarket is for, so Acura is showing off a “Street Build” ILX at this year’s SEMA show. Built by Evasive Motorsports, the car started life as a 2013 ILX six-speed manual with the Premium Package. As such, it left the factory with the aforementioned 2.4-liter four-banger.

To this, Evasive added a CT Engineering supercharger kit, a CT Engineering intake, a Greddy SP Elite prototype exhaust and a Hondata FlashPro to remap the ECU. As a result, the ILX now sounds a lot less polite, and generates 250 horsepower at the wheels.

Underneath, Evasive bolted up Tein Street Advance coilovers, 19-inch Volk wheels with Pirelli P Zero tires and a StopTech big brake kit before aligning the car to its own specs for optimized handling.

Outside, the ILX raids Acura’s parts bin for a front underbody spoiler, side skirts, a rear underbody spoiler and a deck lid spoiler. Completing the build is a CT Engineering short shift kit and Acura accessory illuminated door sills.

To give credit where it’s due, this is a well-thought-out build. Unlike most SEMA show cars, we’d be happy to park this in our garage, or (even more telling) be seen in public behind the wheel. In fact, we think this is the kind of range-topping ILX that Acura should have produced all along.