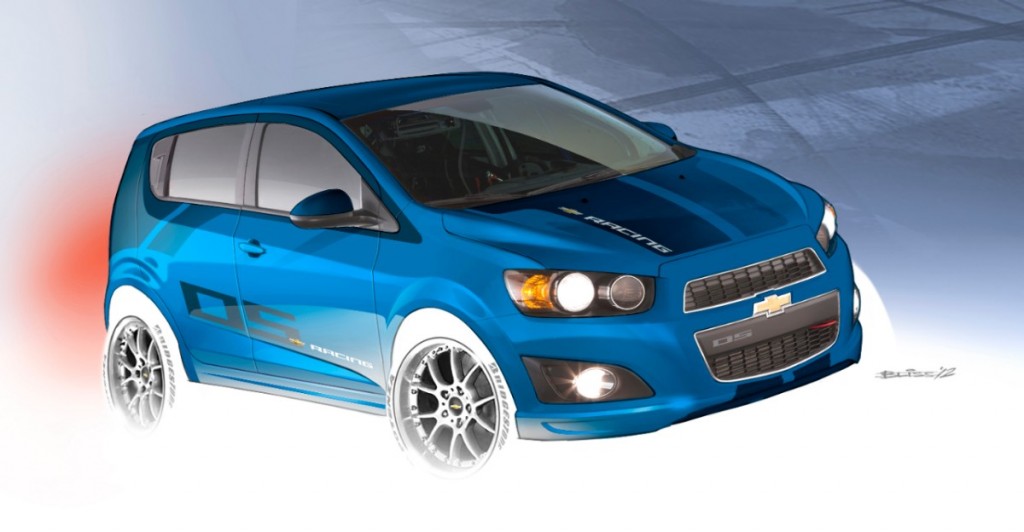 Announced in 2011, the B-Spec series (sanctioned by both the SCCA and Grand Am) is arguably the cheapest way to go racing on a professional level. Up to now, the series has starred the Honda Fit, the Ford Fiesta, the Kia Rio, the Fiat 500, the MINI Cooper, the Toyota Yaris and the Mazda2.

Now Chevrolet has decided to throw its hat into the ring, announcing a B-Spec competition package for its Sonic subcompact. Demonstrated in concept form at SEMA, B-Spec Sonics will get coilover suspensions with new mounts, adjustable front stabilizer bar links, a rear axle shim kit, an inlet air restrictor and a recalibrated ECM and EBCM.

Chevy’s B-Spec SEMA concept is sprayed in Luxor Blue with Monaco Blue graphics, and it rides on lightweight 15-inch wheels shod with the required-specification tires. Unlike other manufacturers (like MINI), Chevy won’t sell the car in turnkey form; instead, it will market a Sonic B-Spec kit through Chevrolet Performance retailers.

The kits will contain the key parts mentioned above, but additional modifications will be required before drivers can turn a wheel in anger. Builders will still need to add a full roll cage, a racing seat and harness, a window net, a center catch net, a quick-release steering wheel and a fire extinguisher to bring the car up to series requirements.

G.M.’s U.S. vice president of performance vehicles, Jim Campbell, commented, “Sonic B-Spec concept demonstrates the car’s capabilities in the increasingly popular B-Spec subcompact classes in SCCA and Grand Am series. Sonic’s great balance of power and responsive handling make it a natural on the track – and a formidable competitor.”

We’ve driven the Sonic enough to know that Campell isn’t just spouting company rhetoric here. We think it may prove to be the car to beat in 2013, and we’re happy that Chevy has chosen to throw down against the others already in the B-Spec series. 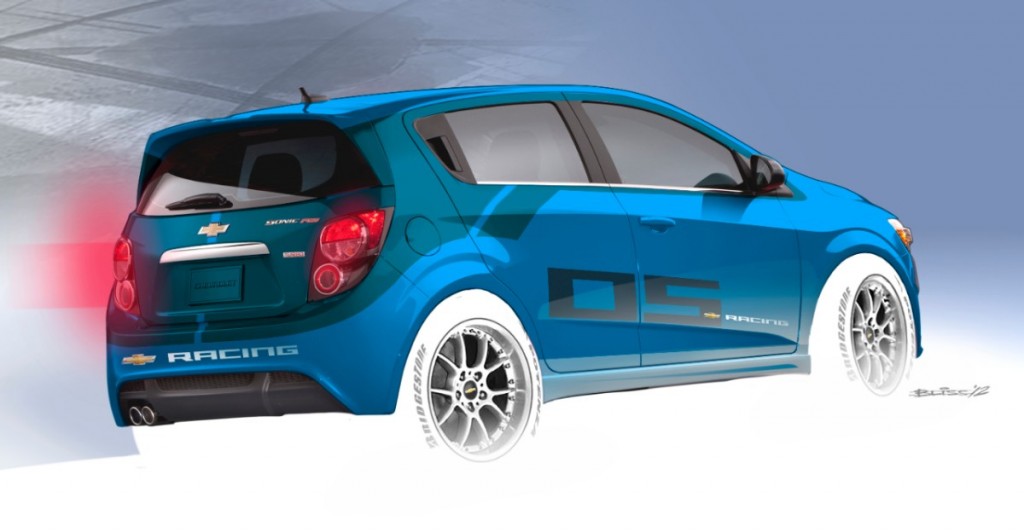