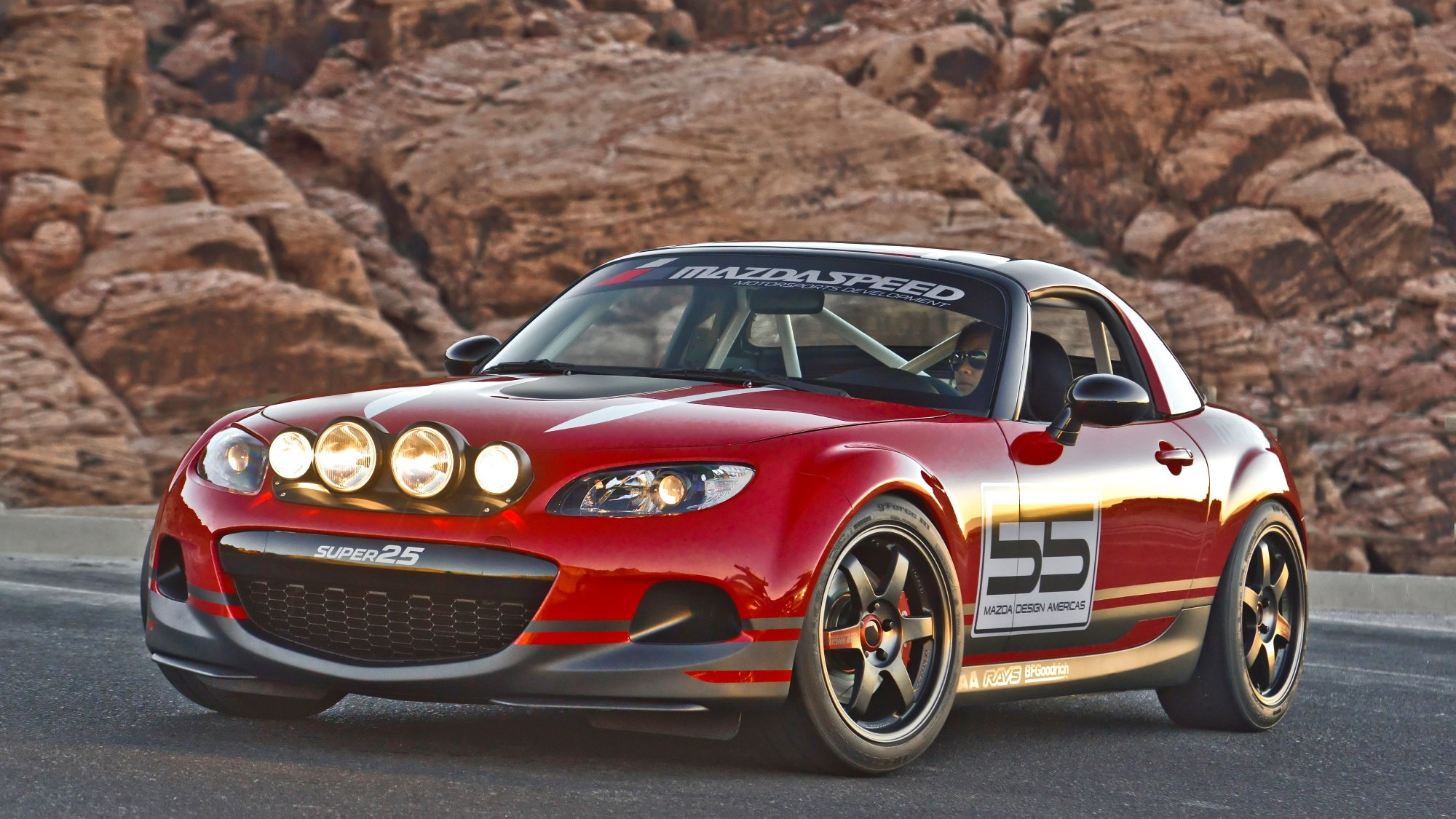 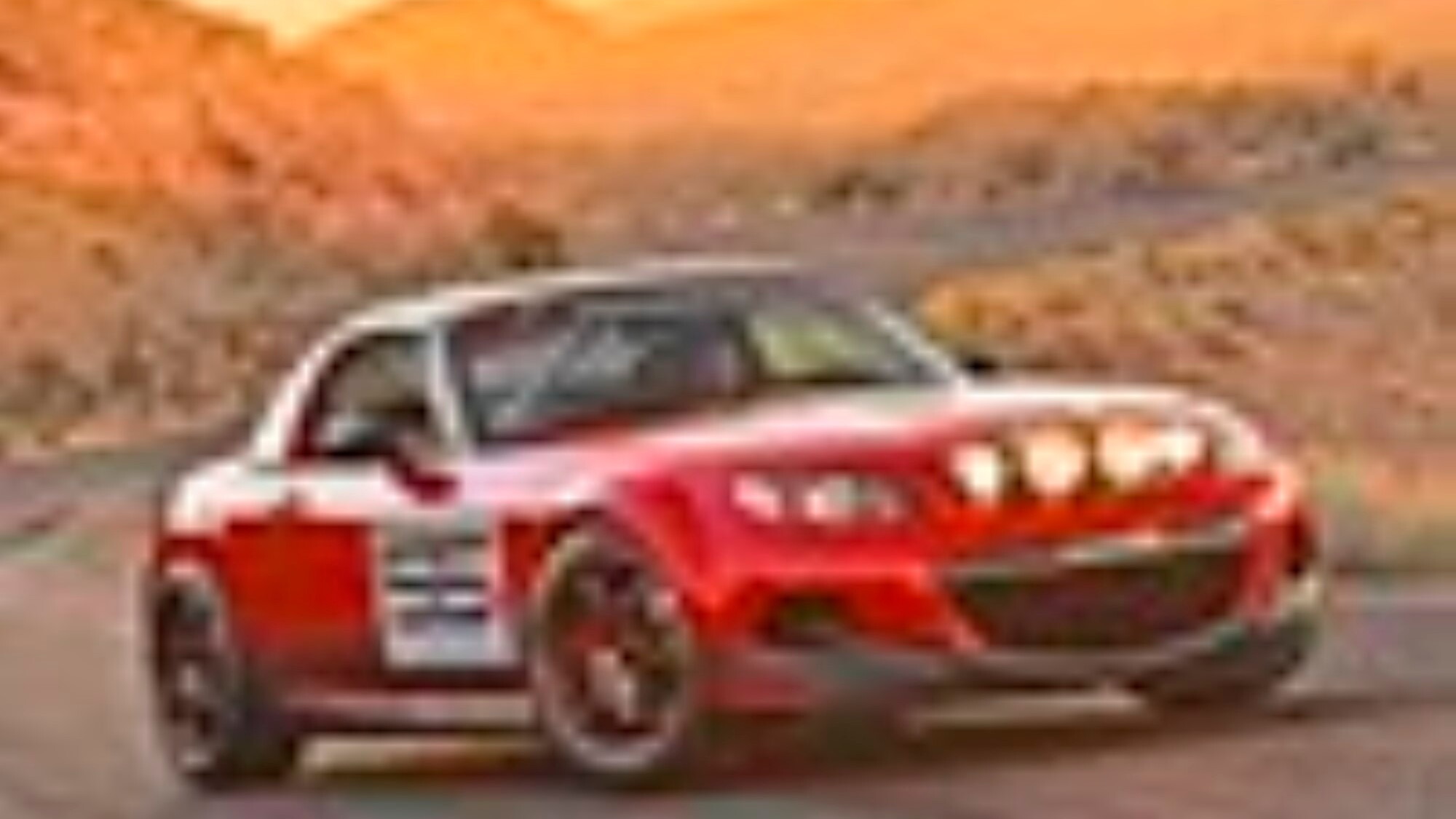 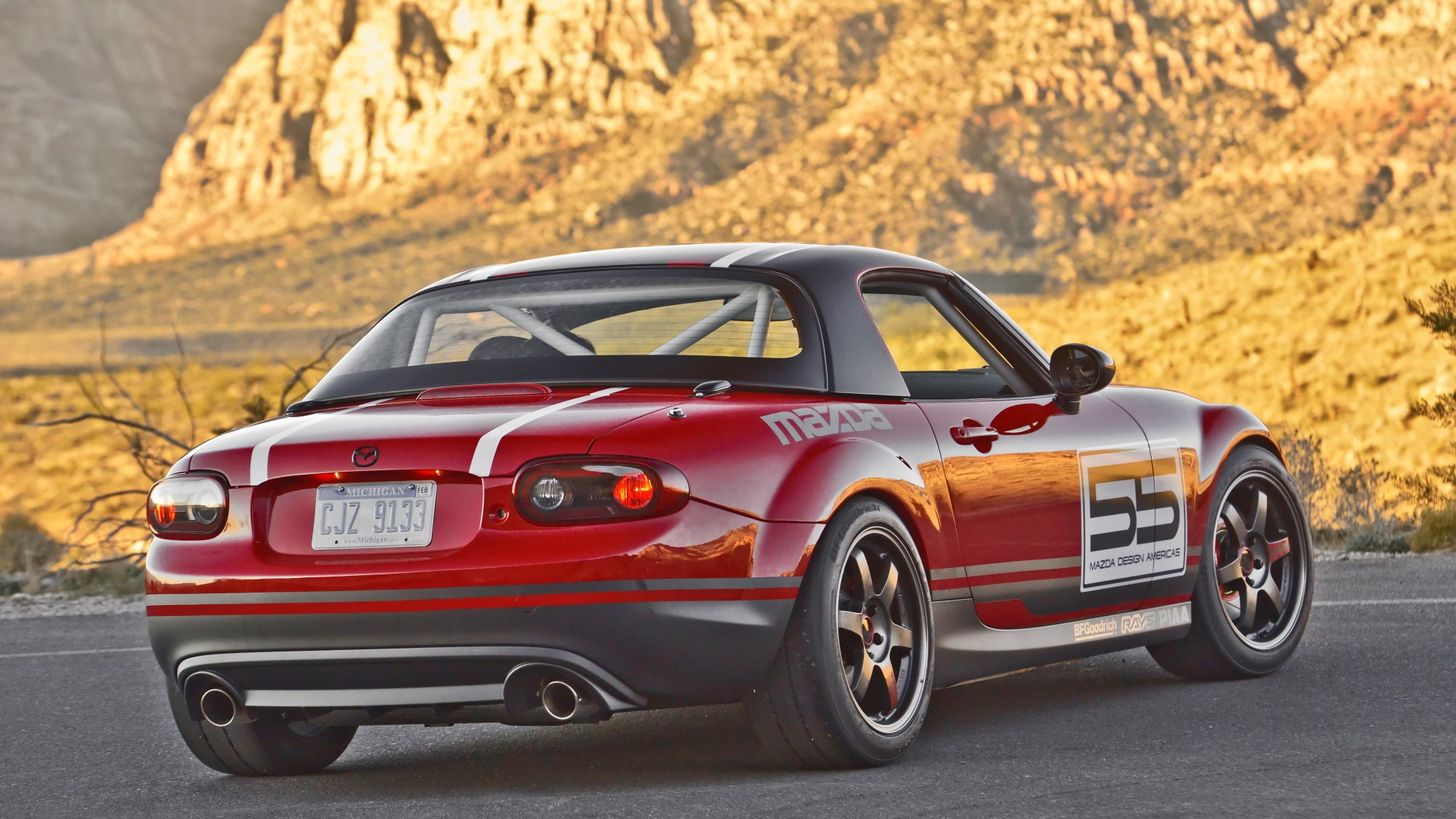 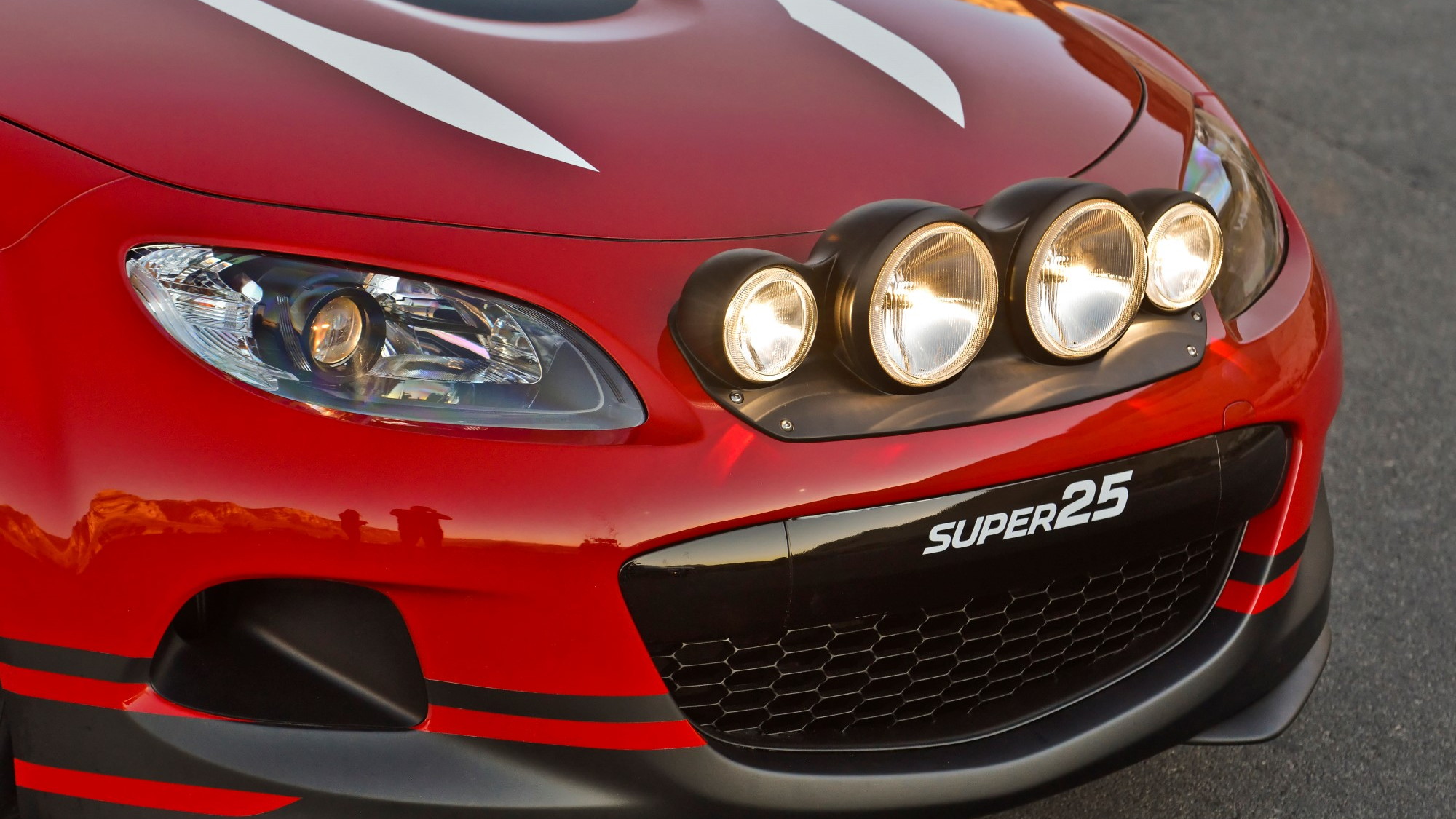 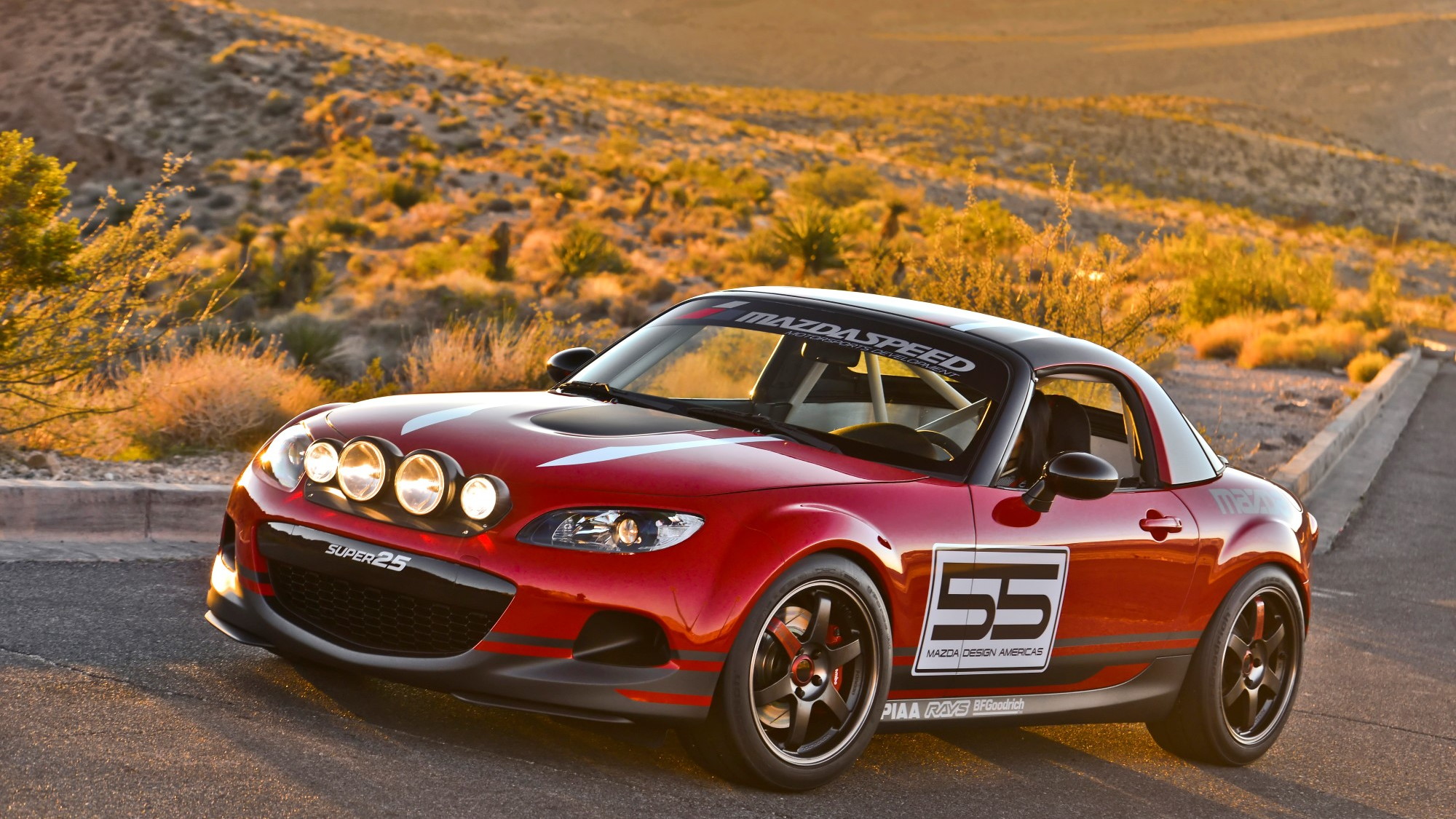 14
photos
While we're huge fans of adding forced induction to Miatas and MX-5s, extra power isn't the only thing that can make a sports car faster.

The SEMA special this year from Mazda is the Super25, built with an eye toward endurance racing speed and durability.

An incremental evolution from the Super20 shown at SEMA in 2010 (and refreshed last year), the Super25 ditches the Super20's supercharger in favor of Volk T37 wheels shod in BF Goodrich g-Force R1 tires in 225/45/17 size, a four-lamp light pod for night time visibility, a modified grille, a fixed hard top, a custom black/red/white paint scheme, and the number 55, the same as the number on the door of the company's 1991 24 Hour of Le Mans-winning 787B rotary prototype.

Inside, the Super25 gets a Sparco Evo racing seat, custom Charcoal/Tomato Red interior elements, a Sparco R323 steering wheel, and a Sparco six-point racing harness. To keep tabs on what the car and driver are doing, there's an AiM MXL data logger installed as well.

Like the Super20 before it, however, the Super25 is an example of what can be done with the MX-5, not a production-intent concept or preview.