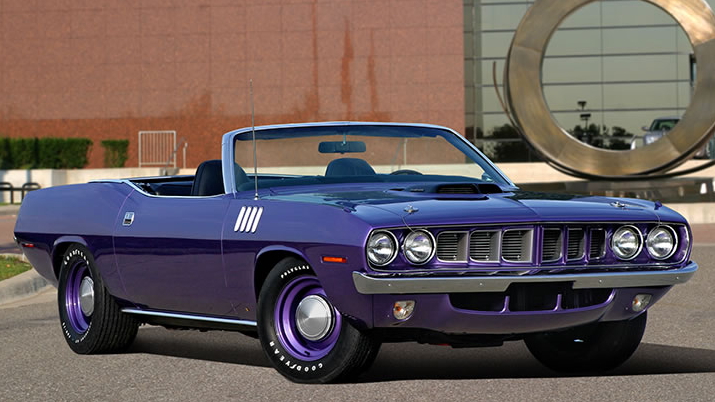 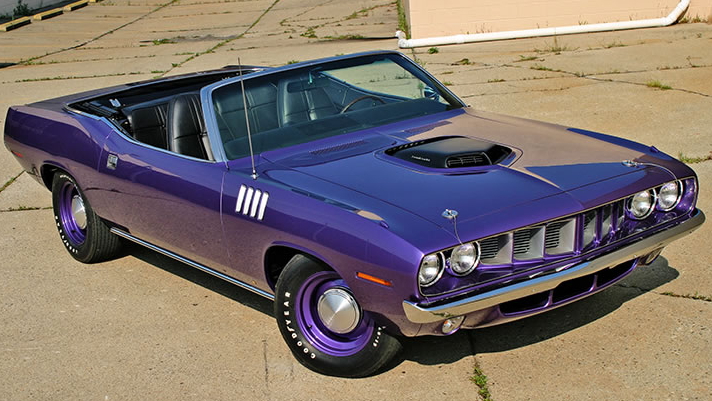 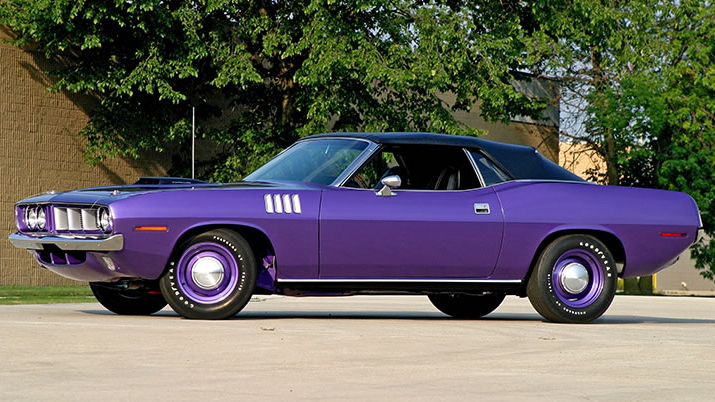 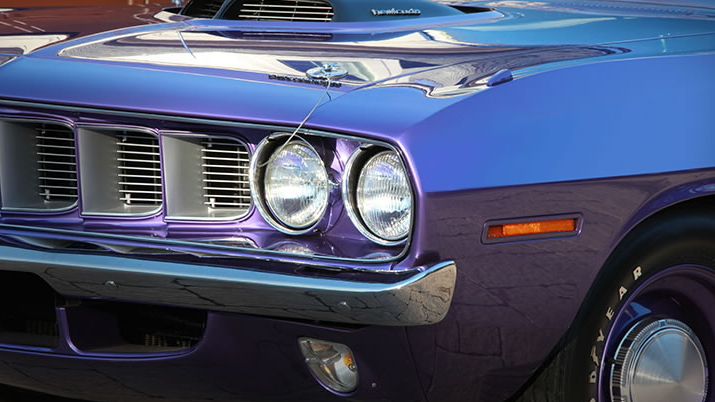 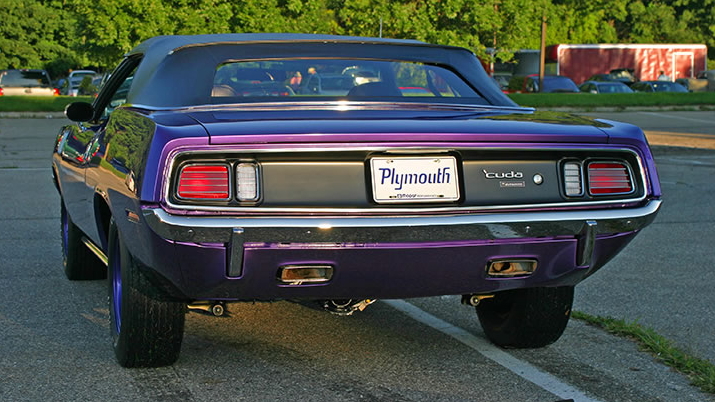 The only 1971 Hemi ‘Cuda convertible sprayed in “Plum Crazy” (and one of two originally built for export to Canada) will cross the block at Barrett-Jackson’s upcoming Scottsdale auction, as part of its exclusive “Salon Collection” of premium automobiles.

While the car is pristine today, it was just five days away from being sold for scrap when it was discovered by Hemi ‘Cuda specialist Harold Sullivan on New Year’s Eve 2001. Reported stolen some 30 years earlier, the car was found tangled in underbrush and nearly beyond saving.

A two year restoration project, undertaken by Cummins Restoration and Ted Mazurek, followed. Once completed, the car was appraised and authenticated by Mopar expert Galen Govier, and it later went on to win top honors at the 2005 Meadowbrook Concours d’Elegance.

It’s not clear if the car is a numbers-matching example, but given its sad history our guess is that it’s not. Still, the car in any form is highly desirable, and likely to command top dollar when it crosses the block on January 19, 2013.