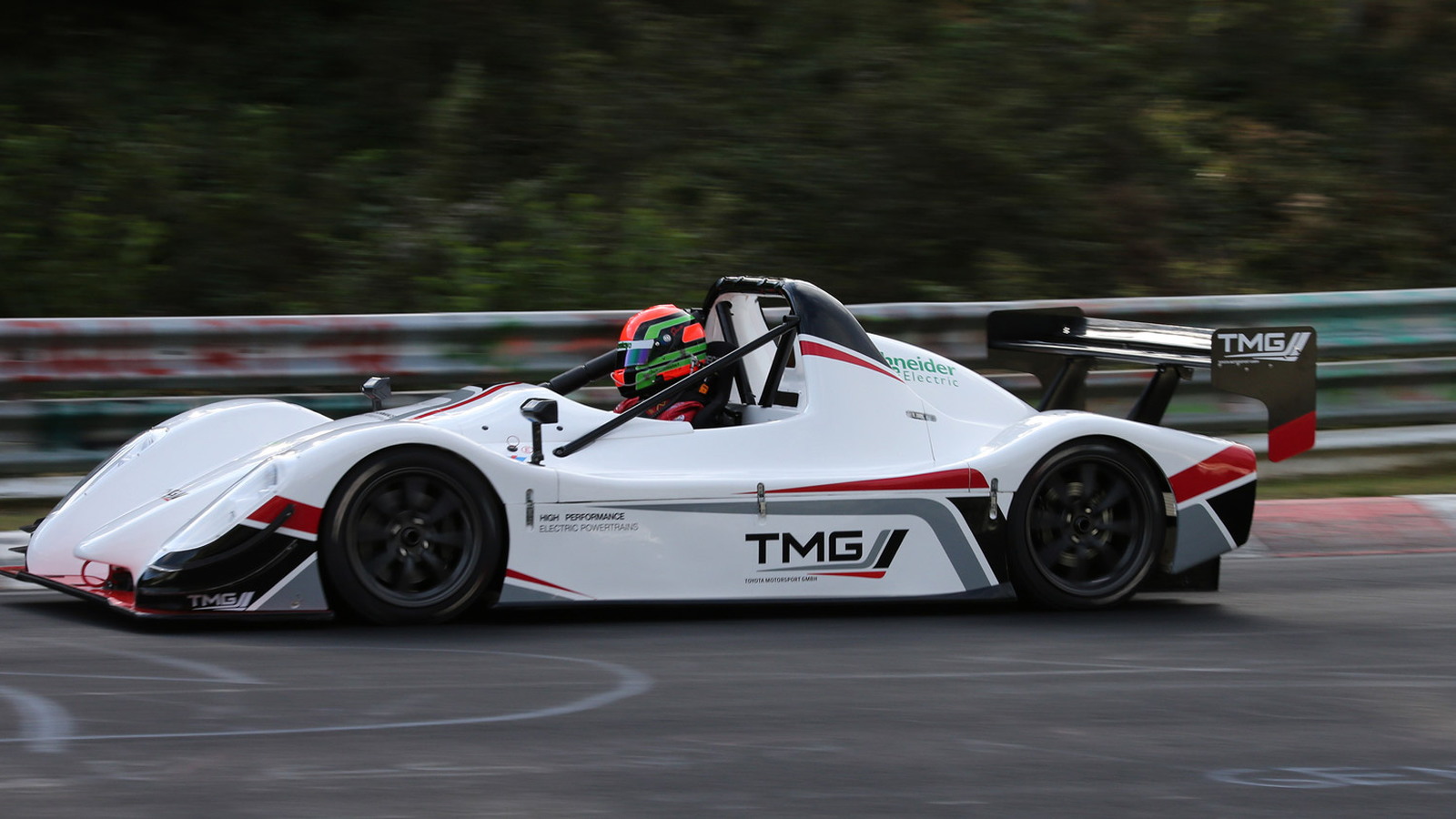 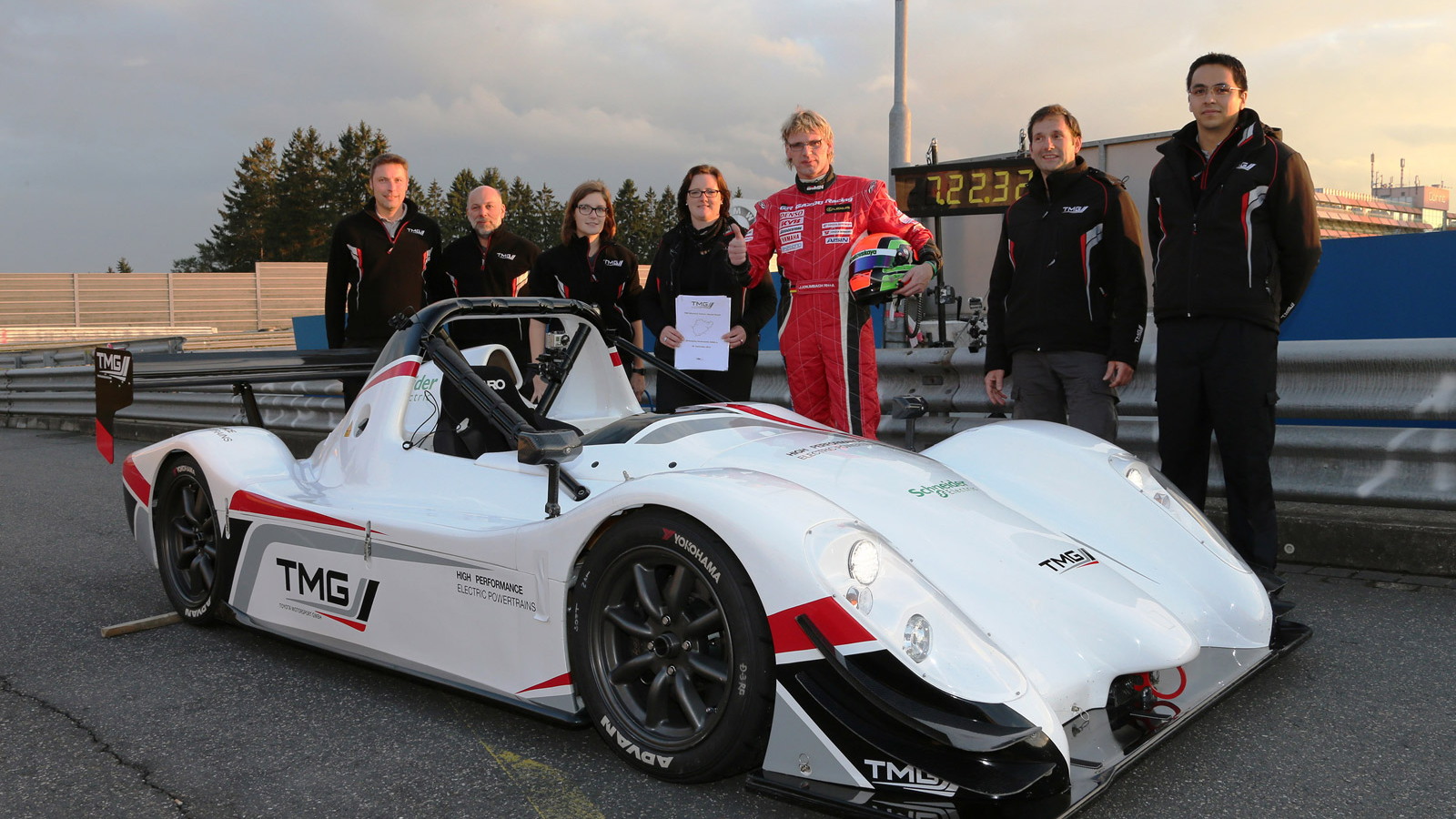 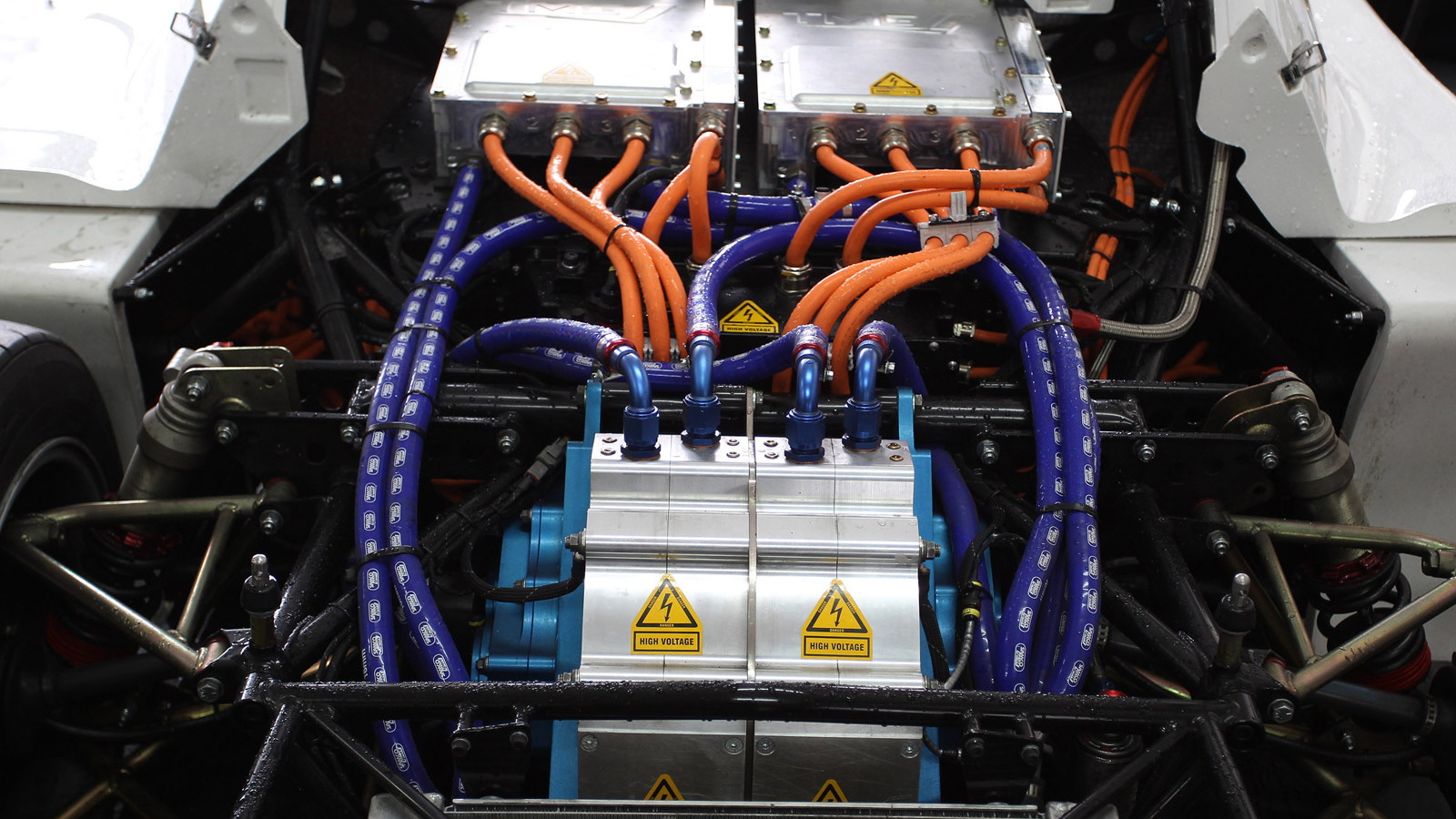 3
photos
Toyota has set a new Nürburgring lap record for an electric car using its TMG EV P002 prototype racer. The final time came in at 7:22.329, which is a full 25 seconds faster than the time set by Toyota’s first EV prototype, which set the previous electric car record for the 12.92-mile track in August of last year.

The new TMG EV P002 is the latest development of Cologne-based Toyota Motorsport, and also holds claim to being the fastest electric car to ever ascend Pikes Peak. Driven by Toyota driver Fumio Nutahara, the electric racer set an impressive time of 10:15.380 for the hill climb earlier this year.

This time around, it was German driver Jochen Krumbach who was piloting the TMG EV P002. Some of the cars outmatched by Krumbach's time include the Nissan GT-R and Ferrari Enzo.

Toyota's electric racer features a custom carbon fiber chassis, two electric motors delivering a combined output of 469 horsepower and 663 pound-feet of torque, and a top speed of 158 mph. Powering those electric motors is a 42-kWh lithium-ion battery, which Toyota Motorsport has developed specifically for racing duty.

To charge the batteries, engineers rely on Toyota Motorsport’s off-board battery-to-battery charging technology. Mounted in the rear of a Toyota van, a special DC quick-charger developed together with Germany’s Schneider Electric houses its own 42kWh lithium-ion battery that can be charged at home using an ordinary power outlet.

After an overnight charge, the DC quick-charger is able to deliver high levels of power quickly to a battery-based electric car without additional installation or infrastructure, making it the perfect solution for electric motorsport. This solution addresses the challenge of recharging an electric race car at tracks without reliable access to grid power.

Though Toyota concedes that the world is not ready for mass-produced electric cars, its motorsport division is looking to become a leader in the growing field of electric race car development, and eventually hopes to sell its zero-emission drivetrains to independent race teams. In fact, the technology could be on sale as early as next year.

As for the fastest production electric car around the ‘Ring, that claim is held by Audi and its R8 e-tron, which set a time of 8:09.099 earlier this year.