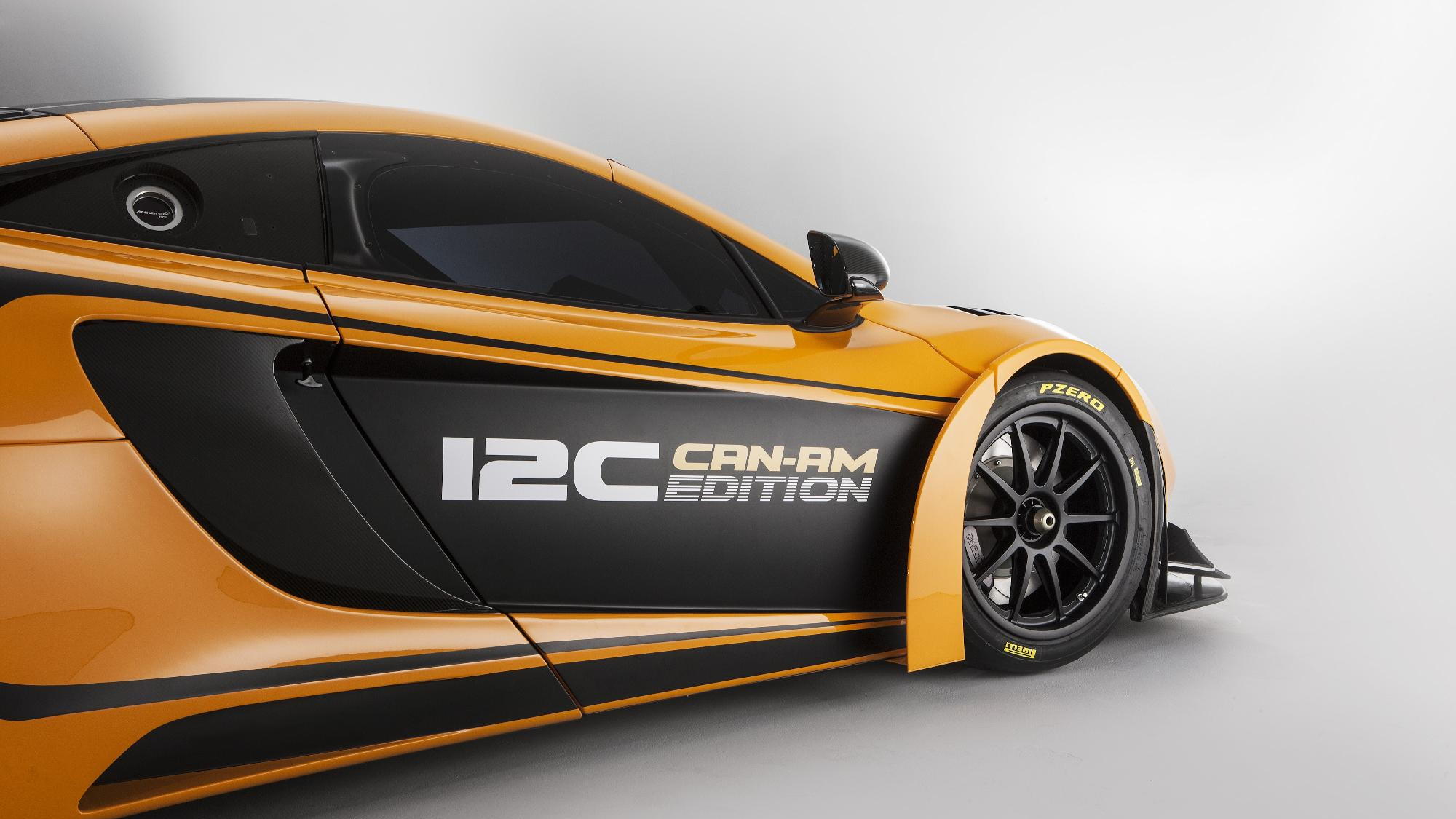 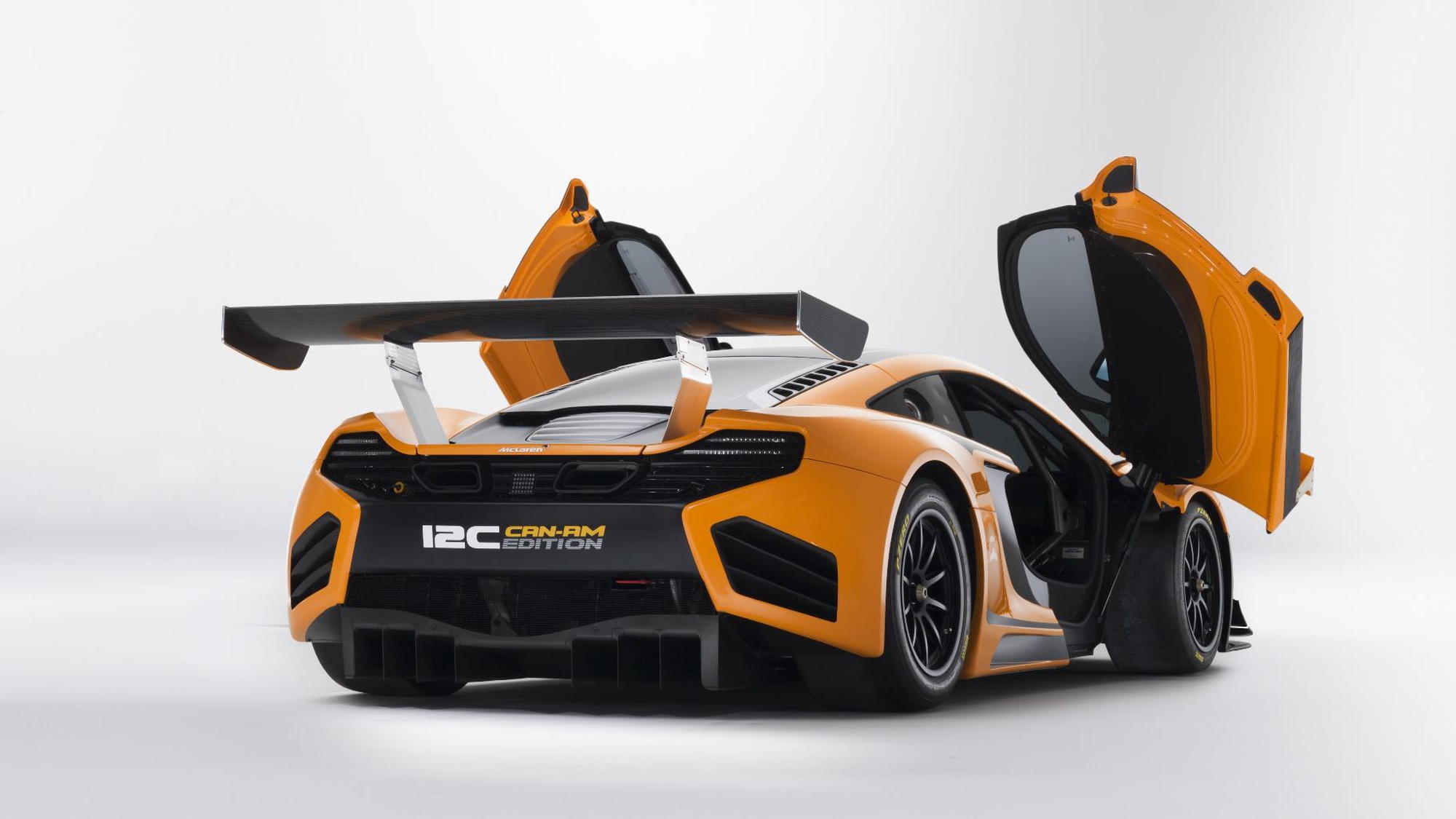 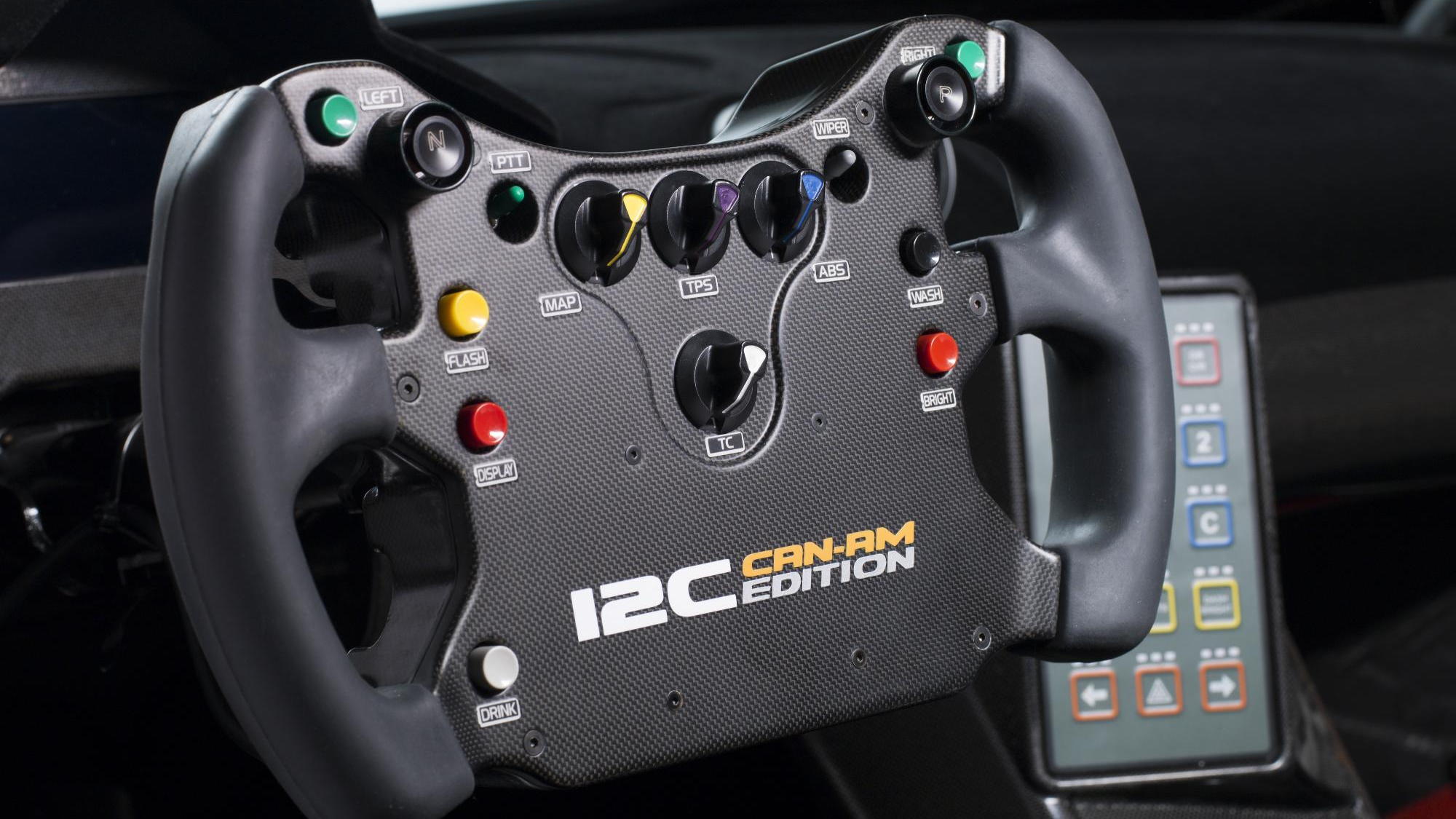 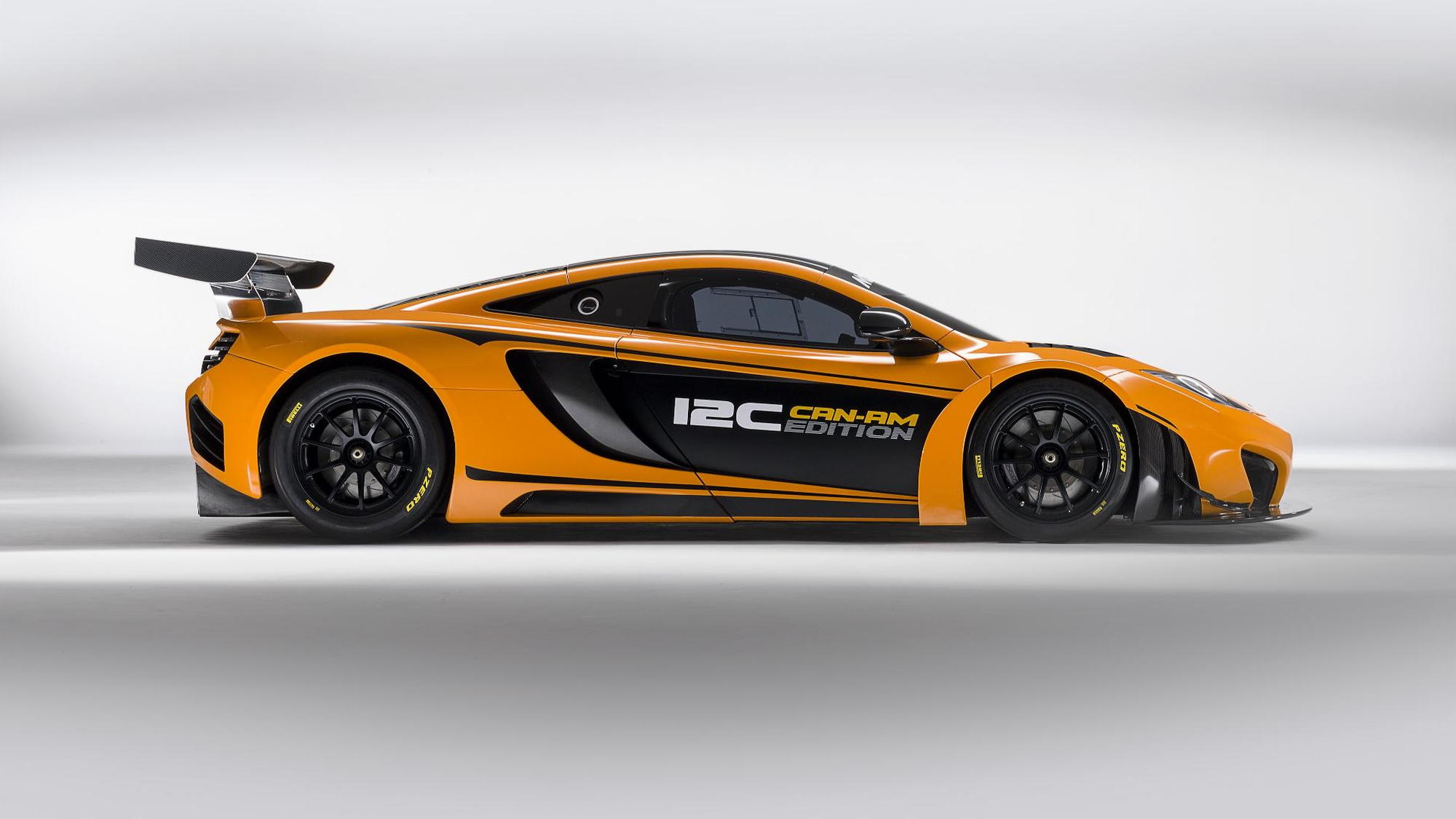 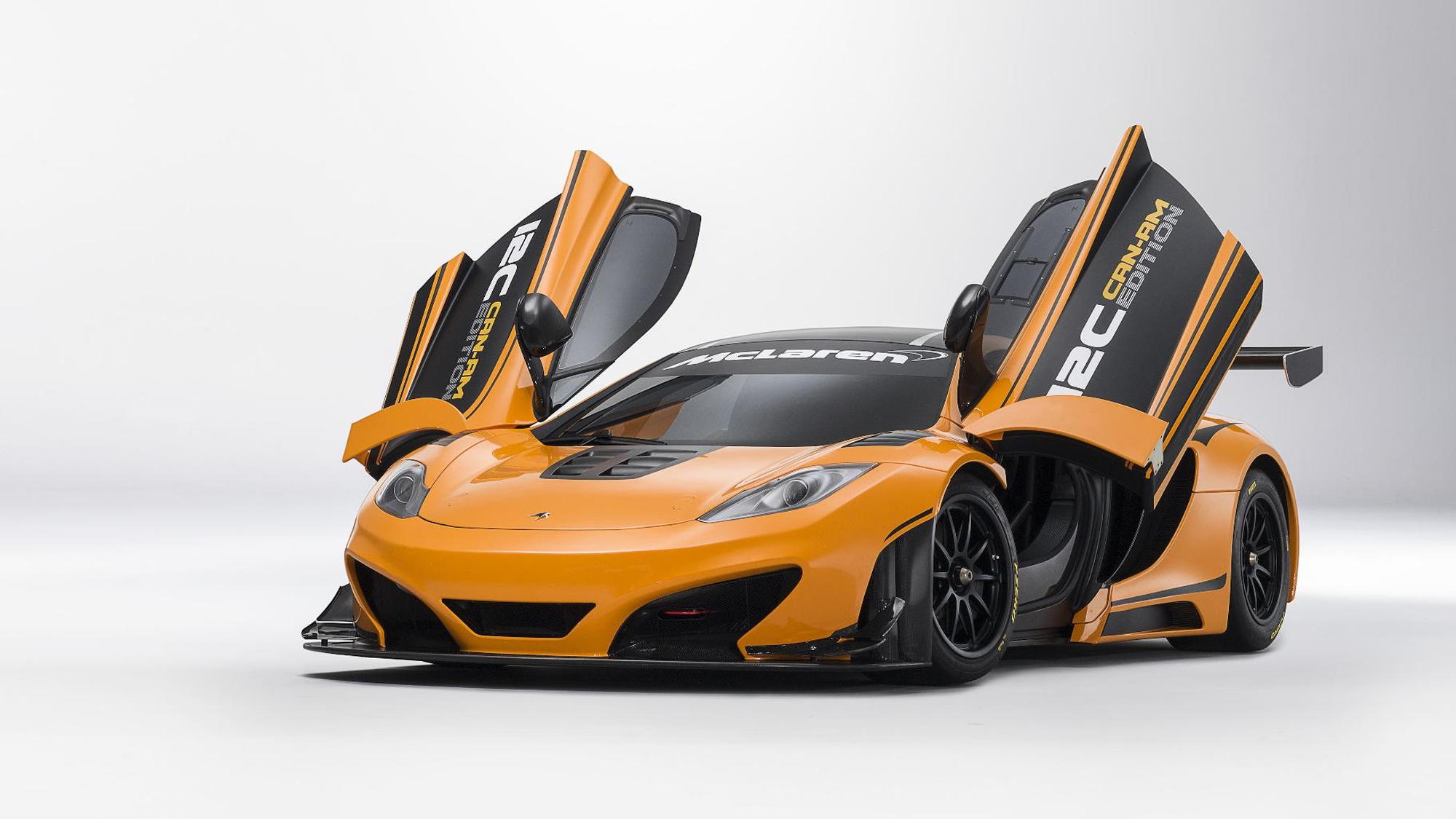 17
photos
The 2012 Pebble Beach Concours d'Elegance is about to get underway, and while we'll be bringing you the freshest photos and latest news as it happens, there's a bit of preliminary business to take care of: the previews. The latest is McLaren's 12C Can-Am Edition Racing Concept.

A track-only racing car built without the restraints of racing regulations, the 12C Can-Am is based on the 12C GT3 racer--but it goes well beyond what the FIA allows in that division. Both are based on the same carbon fiber monocell chassis as the production MP4-12C.

Most obvious are the aerodynamic departures, which include a carbon fiber front splitter, carbon fiber dive planes, and a massive carbon fiber wing, plus a carbon fiber diffuser, all tied into aggressive widebody looks. According to McLaren, the aero package has been optimized through application of its F1 and simulation technologies to optimize downforce.

Power comes from a 3.8-liter twin-turbo V-8 engine rated at up to 630 horses. Packaged in the car's 2,645.5-pound frame, that's quite a bit of punch. Shod in Pirelli racing slicks on black satin-finished lightweight forged racing wheels, it should have plenty of grip, too.

The cockpit is as almost as you'd expect; there's a second seat for a passenger, both with six-point harnesses, plus a race-spec rollcage, the same steering wheel as found in the 12C GT3, and carbon fiber details and accessories throughout. Oddly, there's an integrated air conditioning system, as it's required equipment in "a growing number of race series," per McLaren.

The car will make its debut at the Pebble Beach Concours d'Elegance this weekend.