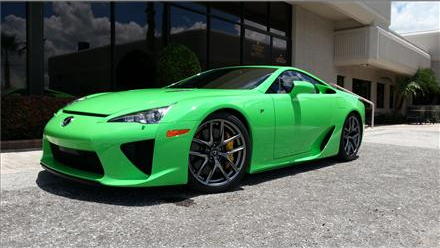 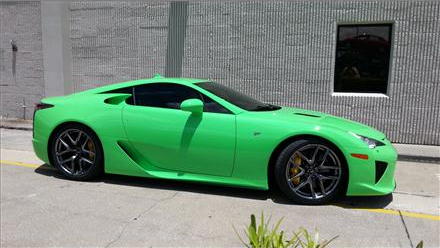 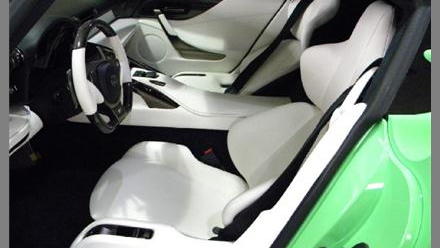 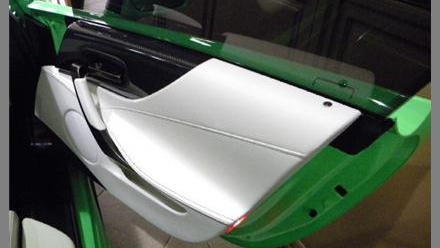 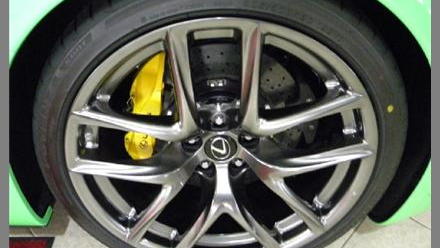 5
photos
UPDATE: The same neon-green-on-white 2012 Lexus LFA appears to have been listed on eBay Motors for several months through Lexus of Orlando with an advertised price of $391,700. The terms of the listing say nothing about a lease; this appears to be an outright sale, so if you've been itching to own an LFA, but didn't like the standard lease procedure, this could be your answer.

A caveat: the more recent duPont Registry ad lists the vehicle as having 194 miles on the odometer, having grown from the 46 miles listed on eBay, so it's still being driven, perhaps for demonstrations, while on the lot. According to the listing's incorporated vehicle report, this is a brand-new LFA delivered to the dealer in January. As always, exercise caution with any Internet vehicle purchase.

If you've got a few hundred grand burning a hole in your pocket and want to replace it with a lightly used Lexus LFA, this might be your neon green opportunity.

Described as the only "Fresh Green" exterior over white leather interior Lexus LFA in existence, and holder of the exact midpoint of LFA production at #250 out of 500, this car has all of the standard LFA features (552-hp V-10 engine, carbon ceramic brakes, magical dashboard, etc.) plus a scant 194 miles on the odometer.

It's up for sale at duPont Registry with a "call for price" listing. While we're not sure if that indicates a killer deal or an unrealistically hopeful mark-up, we do have to wonder if it's because an LFA is supposed to be leased, not sold, for at least the first 24 months of its existence, unless purchased under the first right of refusal scheme concocted back in 2010. Whatever the case, we don't expect it to be far from its $375,000 list price given the relative scarcity of the car.

Two other questions also come to mind: what happened to this LFA's owner that it would be sold after just 194 miles of use? And: Will this Jolly Rancher green apple color scheme find a second home? While the first question must, for now, go unanswered, the second answer is easier: it will most likely find a home, given that even wilder LFAs are roaming the world.