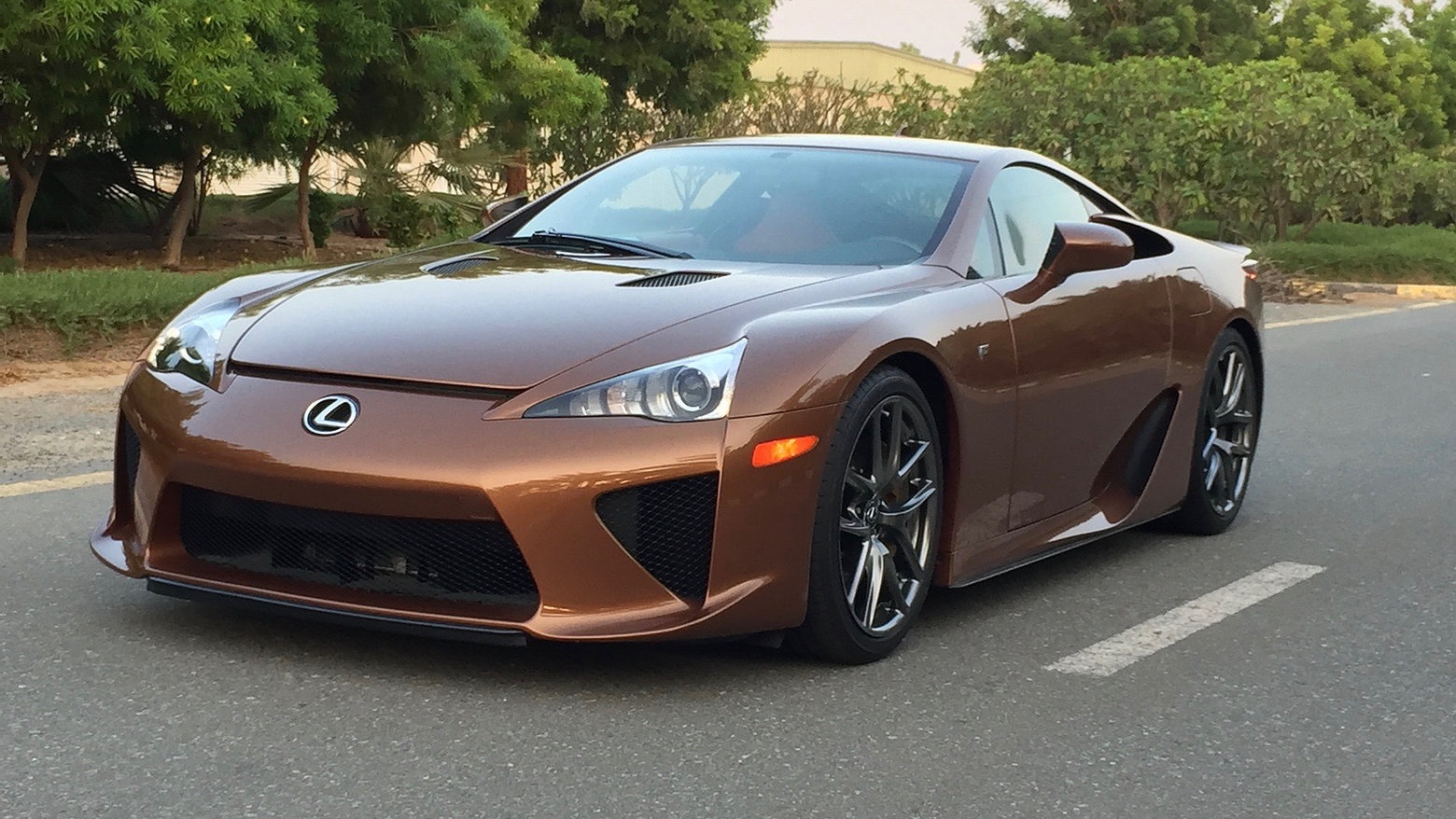 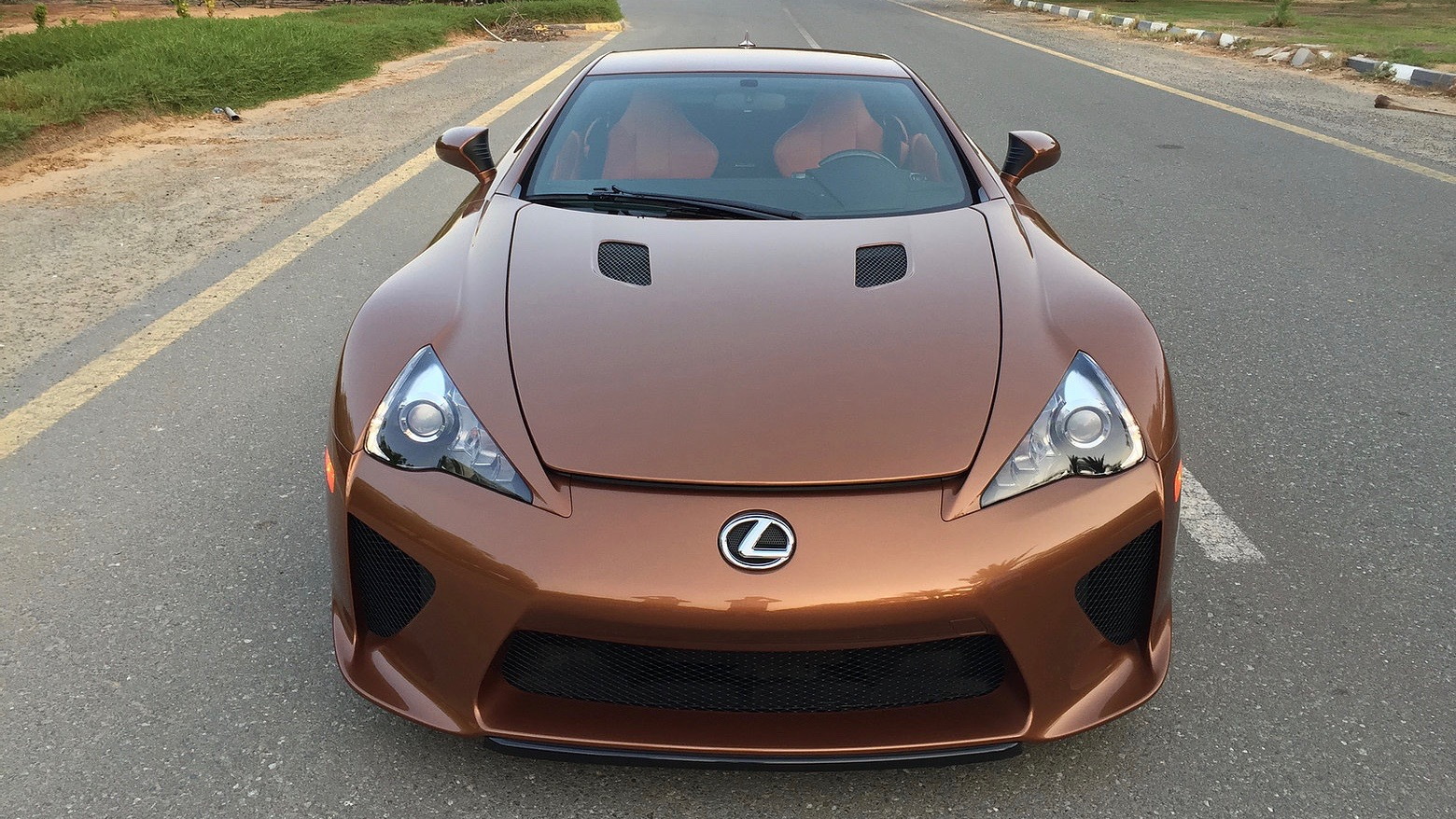 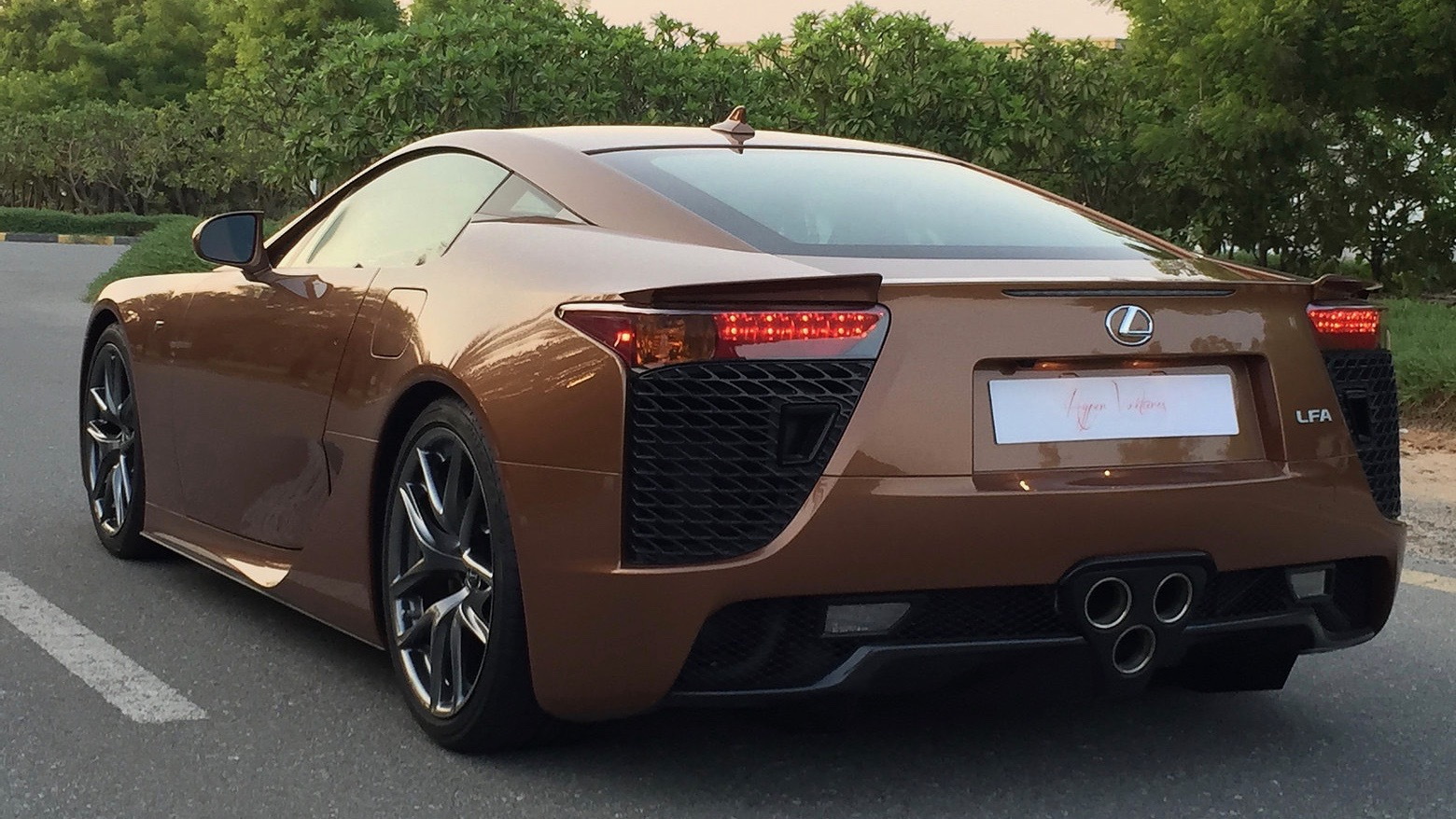 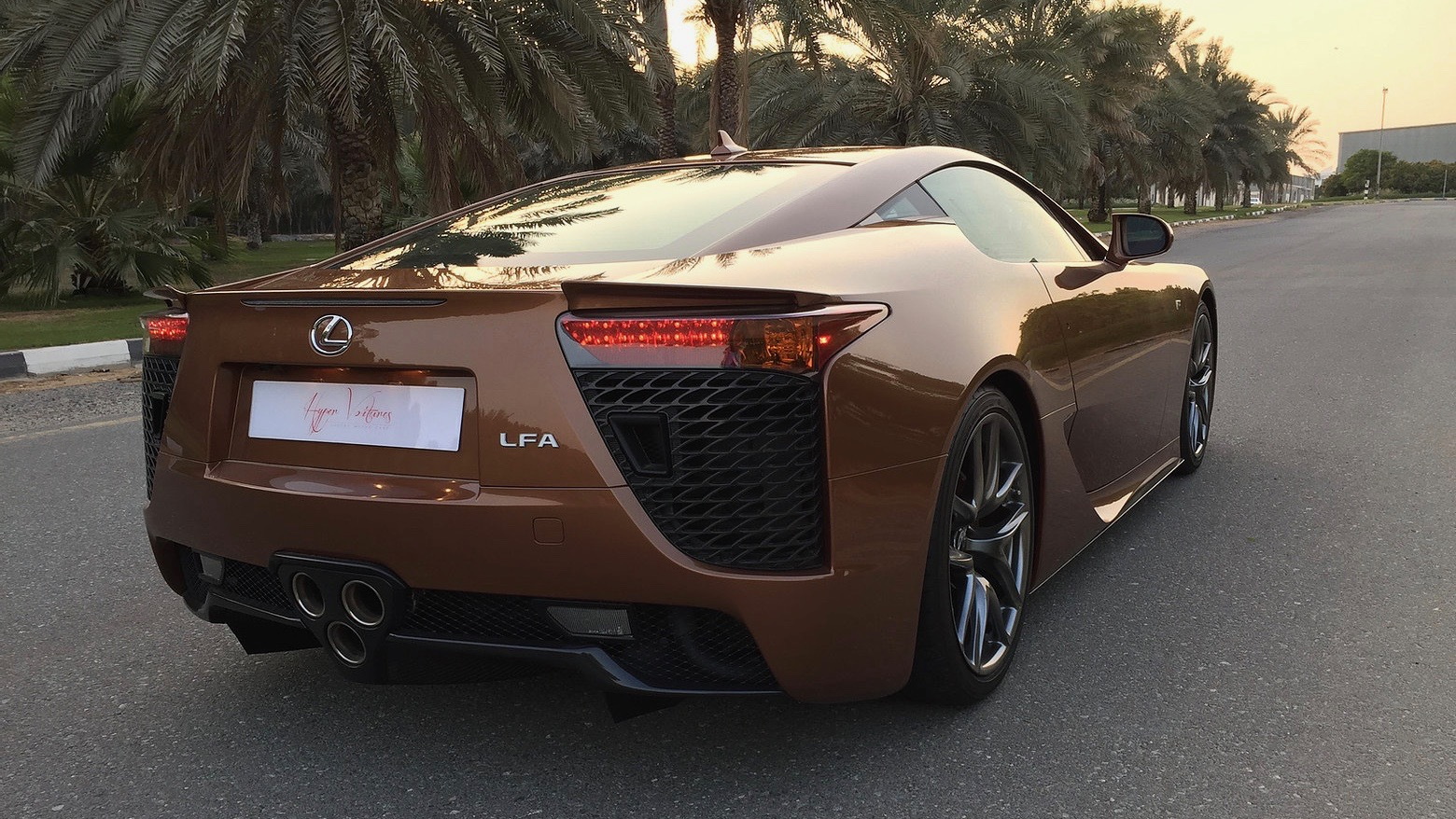 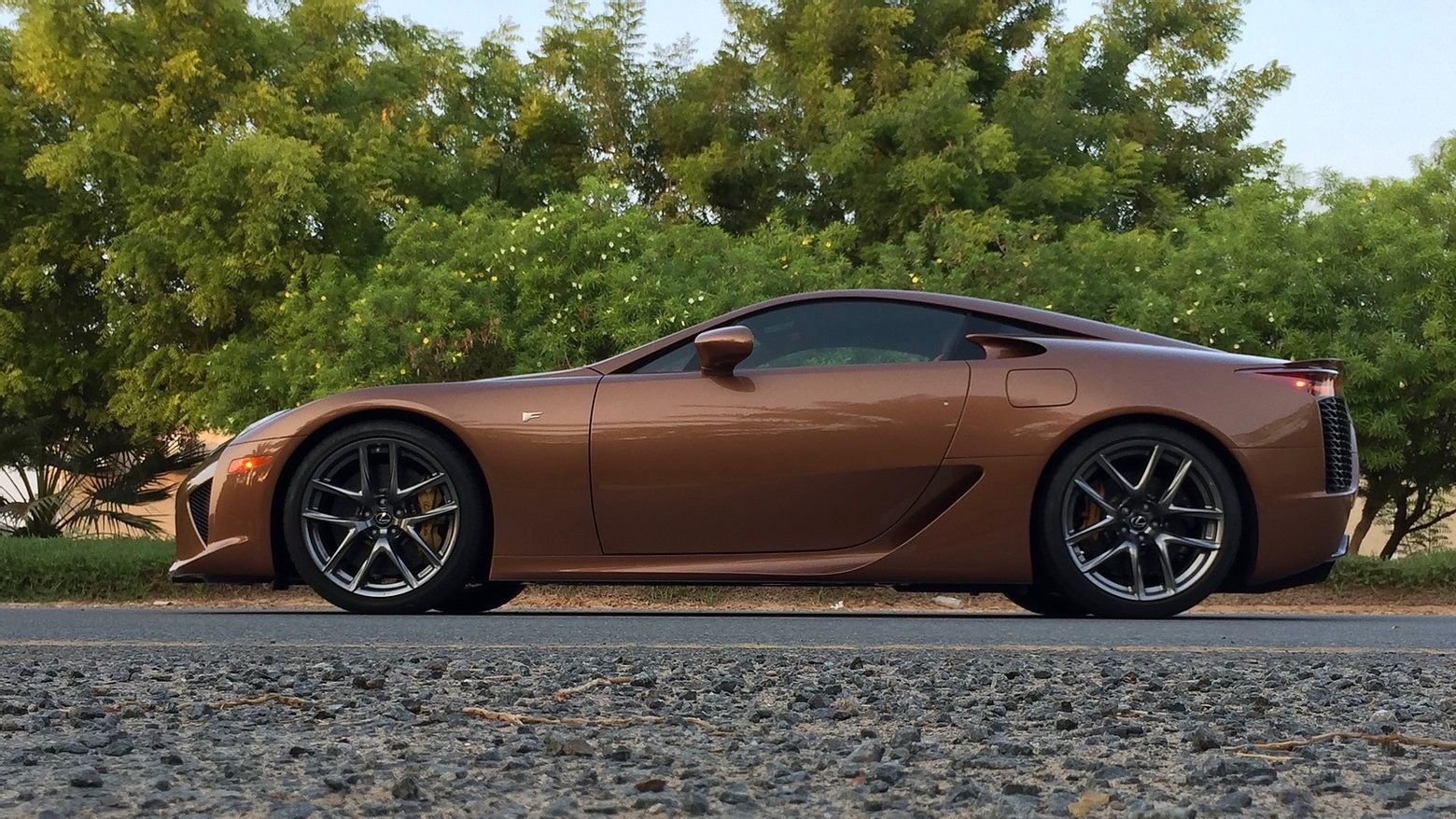 A 2012 Lexus LFA in an unusual color is available for sale through dealership Hyper Voitures, with a listed price of $680,000.

Lexus only made 500 examples of its supercar, and only 178 came to the United States. With its combination of Pearl Brown Metallic paint and an orange leather interior, this car stands out even among that elite group.

When new, the LFA boasted an astonishing (for Lexus) sticker price of $375,000, so this slightly-used example, with 1,073 miles on the odometer, represents a significant markup. 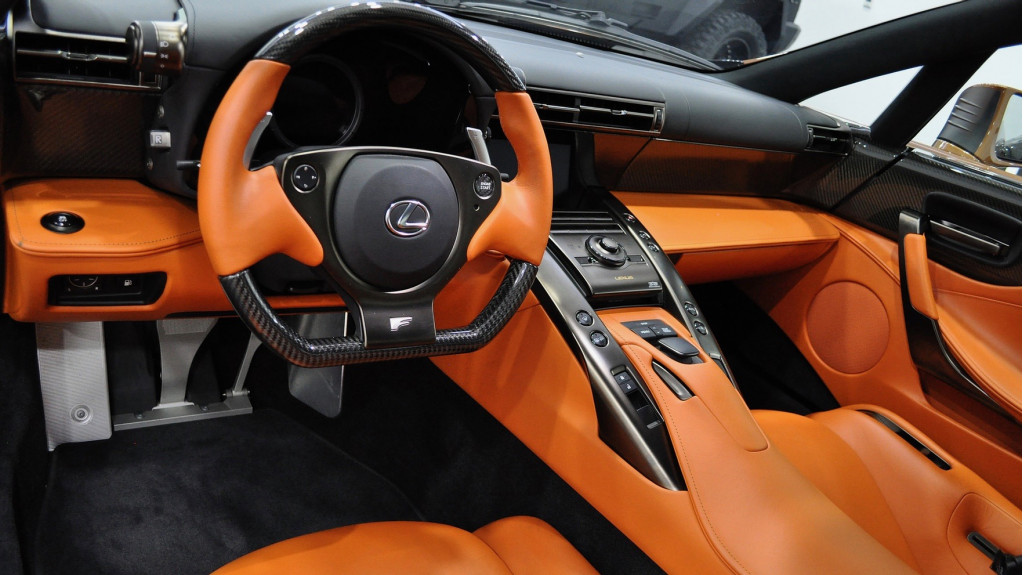 Any LFA is undoubtedly rare and collectible, but five new, unregistered, LFAs remain up for grabs as of January 2020. The car was not a fast seller when launched, so some dealerships held onto their LFAs as display pieces to drive showroom traffic. LFA production ended in December 2012, and the last car reached the U.S. in February 2013.

The LFA was meant to be a halo car for Lexus, and to translate some of Toyota's Formula One experience to the road. It's powered by a 4.8-liter V-10 that makes 552 horsepower and 334 pound-feet of torque, and boasts a 9,000-rpm redline. The engine and the LFA's carbon-fiber body still seem modern today, but the 6-speed single-clutch automated manual transmission gives away the car's age.

Lexus never did a follow-up to the LFA. The Japanese factory that built it was later repurposed for the Toyota Mirai fuel-cell vehicle, and the more luxury-oriented LC now serves as the brand's halo model. A hotter LC F performance model is still a possibility, but with a twin-turbo V-8, not a screaming naturally-aspirated V-10.