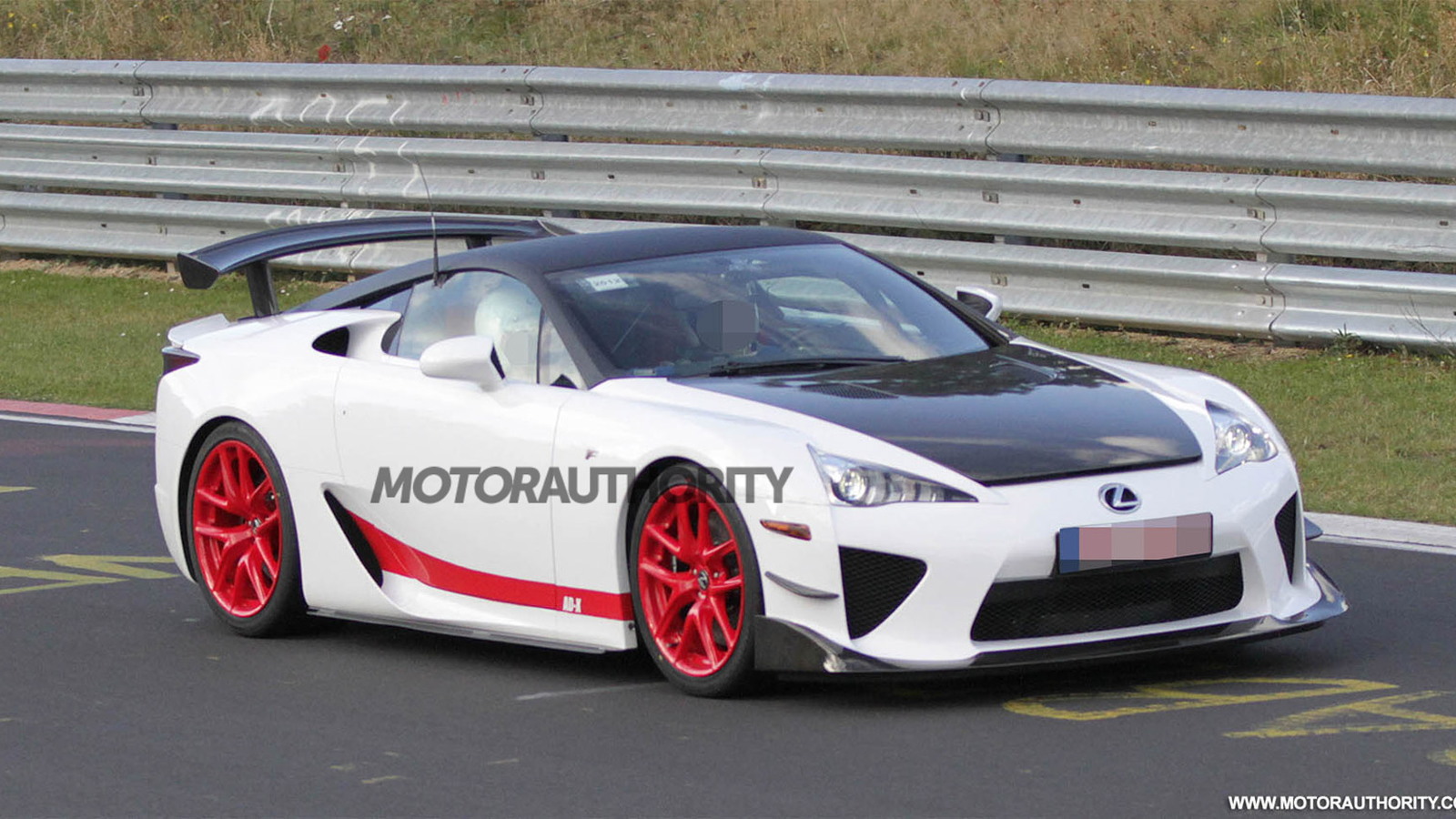 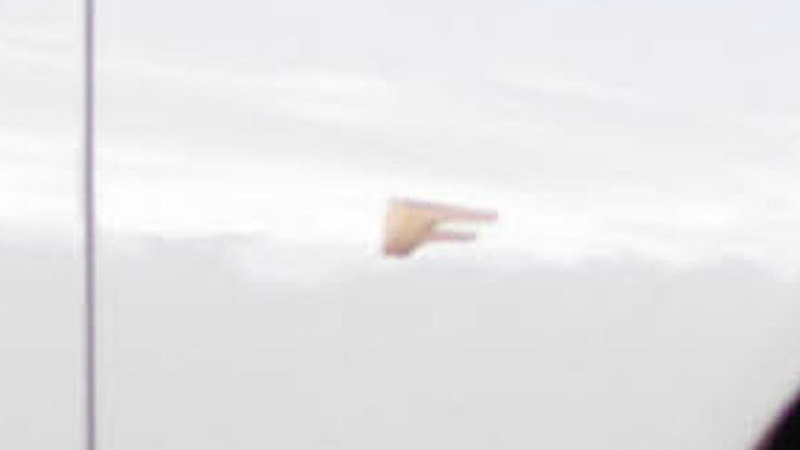 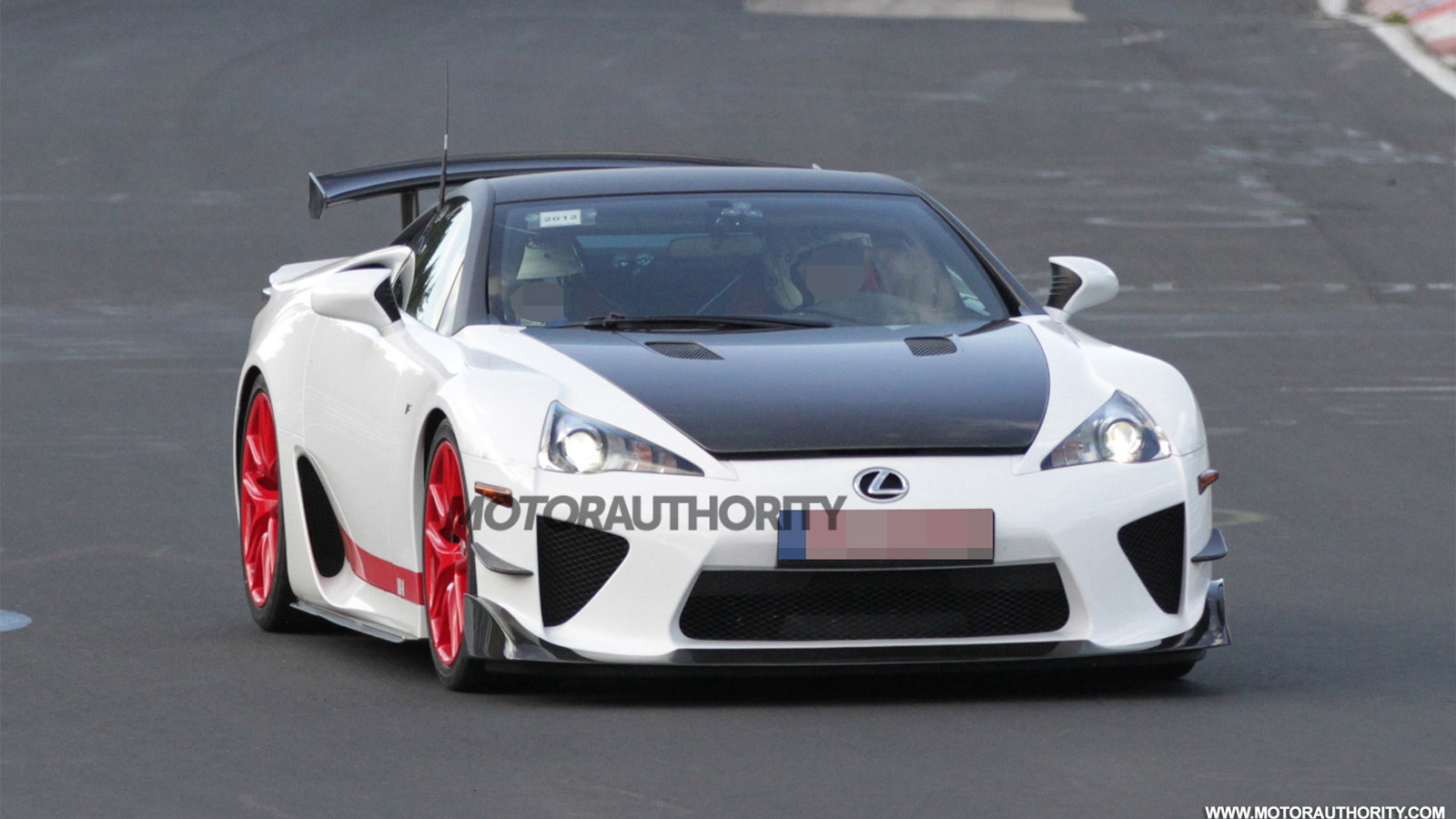 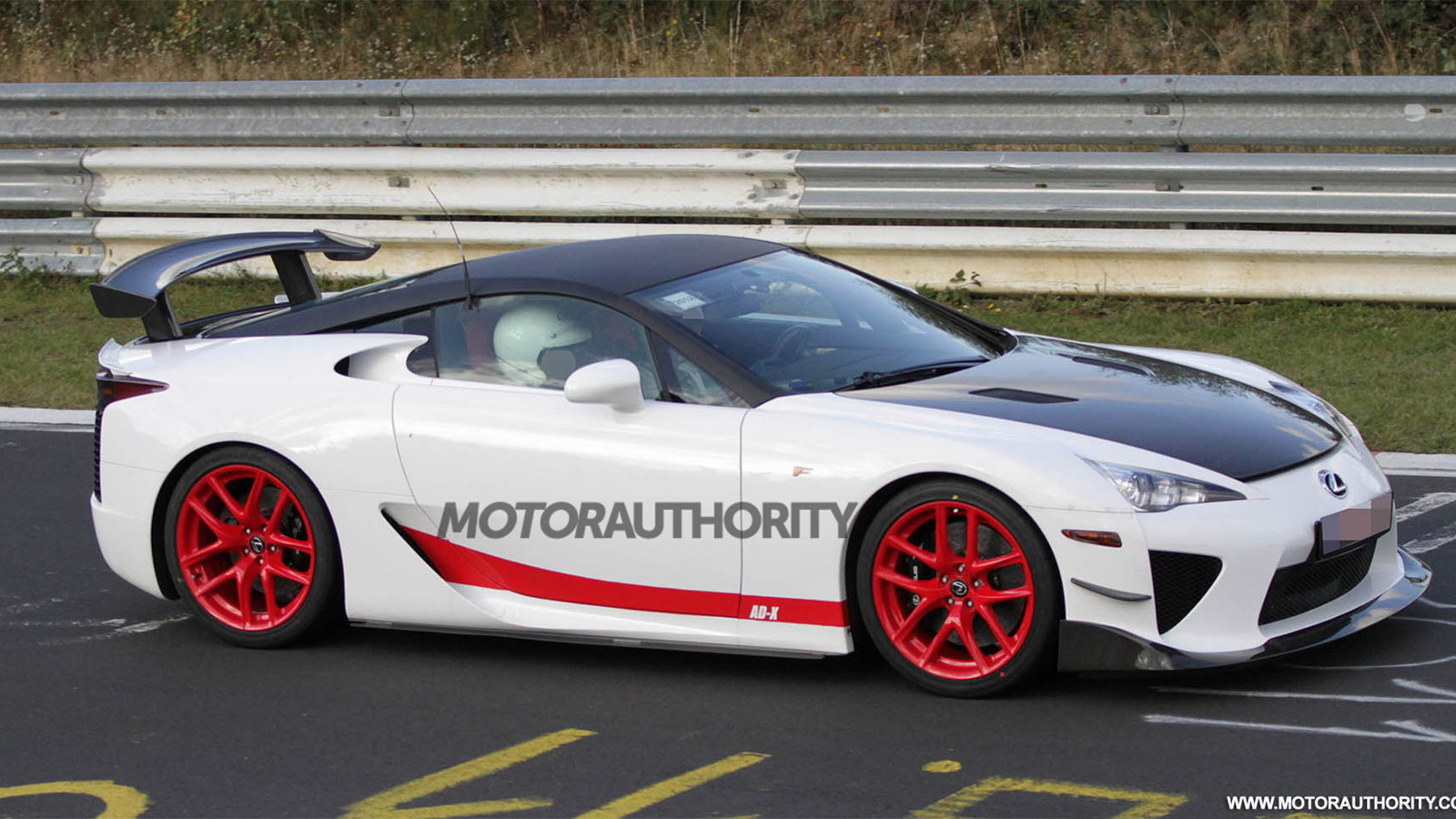 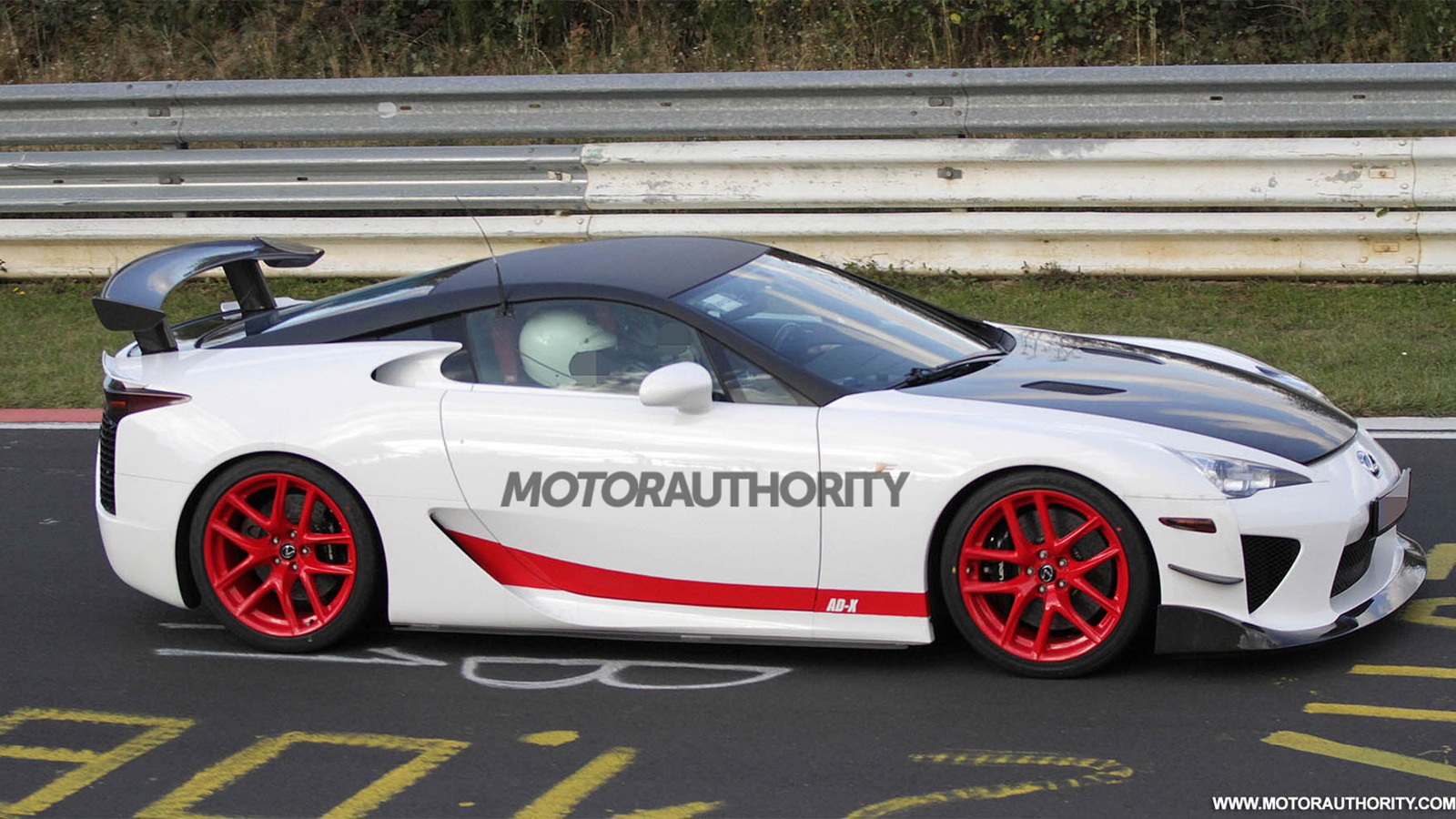 20
photos
At its launch in late 2009 Lexus confirmed its over-the-top supercar, the two-seat, V-10 powered LFA, would be limited to just 500 units in total and that the cars would be painstakingly assembled at the rate of just 20 per month. At that rate, production of the LFA is slated to end this December.

In fact, number 500 has already been constructed. It was converted into a one-off LFA Spyder and kept by the automaker.

While Lexus has never mentioned it’s planning any more versions of the LFA beyond the regular model and track-focused Nürburgring Edition, it being one of the automaker’s greatest achievements means it deserves a proper send out.

That farewell may just come in the form of an extreme ‘Final Edition’ model.

Several mysterious LFA prototypes sporting manufacturer plates have been spotted in and around the Nürburgring, the latest wearing an AD-X tag and sporting a golden F logo. Other unusual items include an oversized fixed rear spoiler and extended lip spoiler up front.

Previous prototypes were even wilder, with one of these, the AD-A, featuring a bright blue exterior, an additional air intake on its hood, subtle bootlid spoilers and quad exhaust tips mounted below the taillights, instead of the regular three-pipe, triangular design. A third prototype, the AD-B, looked much like the AD-X spotted today.

Late last year reports emerged claiming Lexus was planning a new special edition of the LFA that would feature an unpainted roof. The car was dubbed the ‘Tokyo Edition’ due to its expected reveal at the 2011 Tokyo Motor Show, but there was no such model. There have also been reports that Lexus is planning a series of performance upgrades for existing customers of the LFA.

In fact, it’s been reported that Toyota’s motorsports partner Toyota Motorsports GmbH (TMG) based in Cologne, Germany, will be called on to develop a range of new performance models for both the Toyota and Lexus brands. However, a spokesman for TMG has confirmed that this wild LFA prototype is not one of his company’s projects.

An official from Lexus said he couldn’t comment on the company’s future plans.

With an increase in power over the LFA’s current 552-horsepower rating, faster shifts from its six-speed sequential transmission, revised suspension as well as more weight saving mods, we could be looking at an LFA capable of lapping the Nürburgring-Nordschleife even quicker than the 7:14.64 set by the Nürburgring Edition.