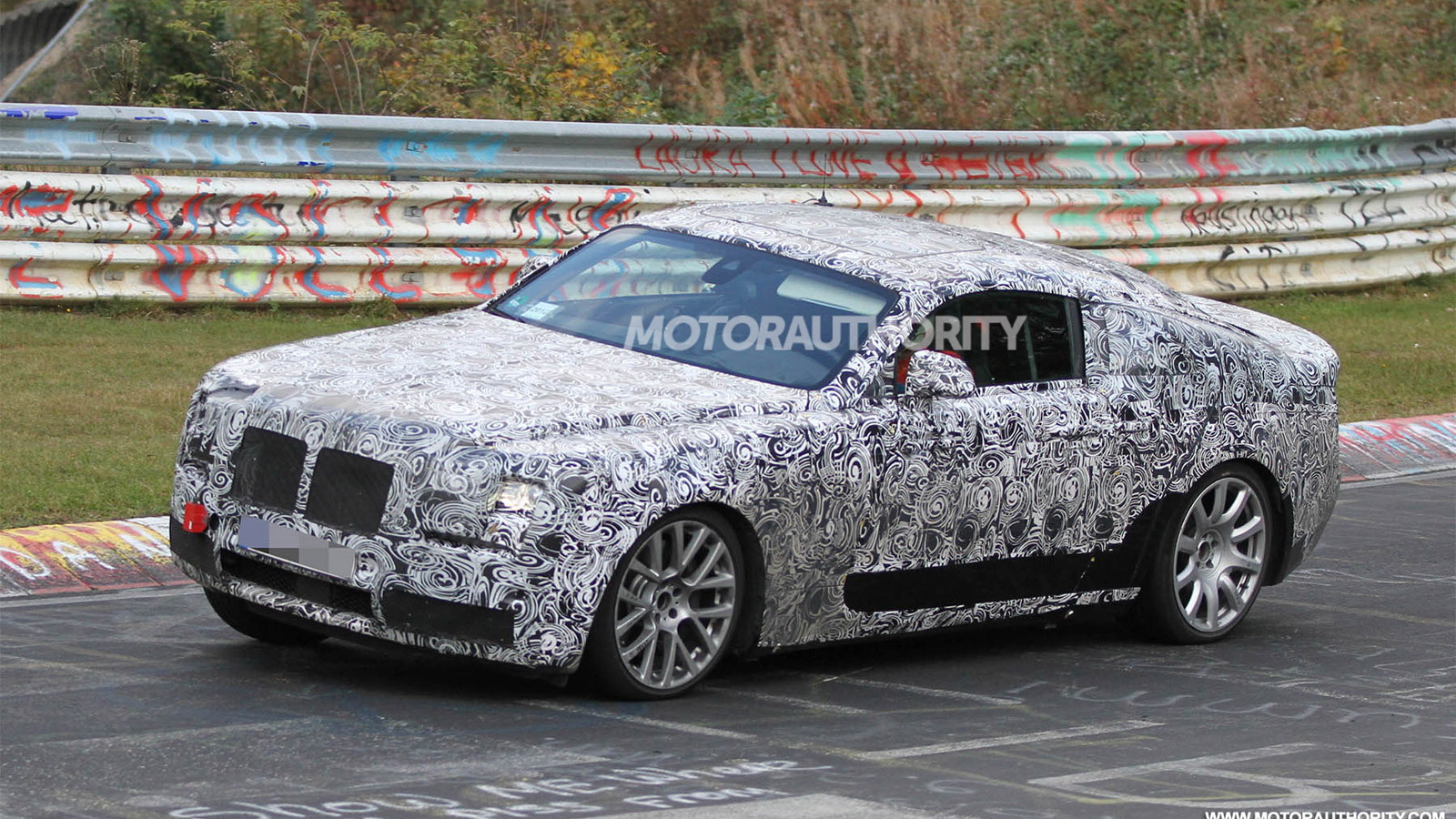 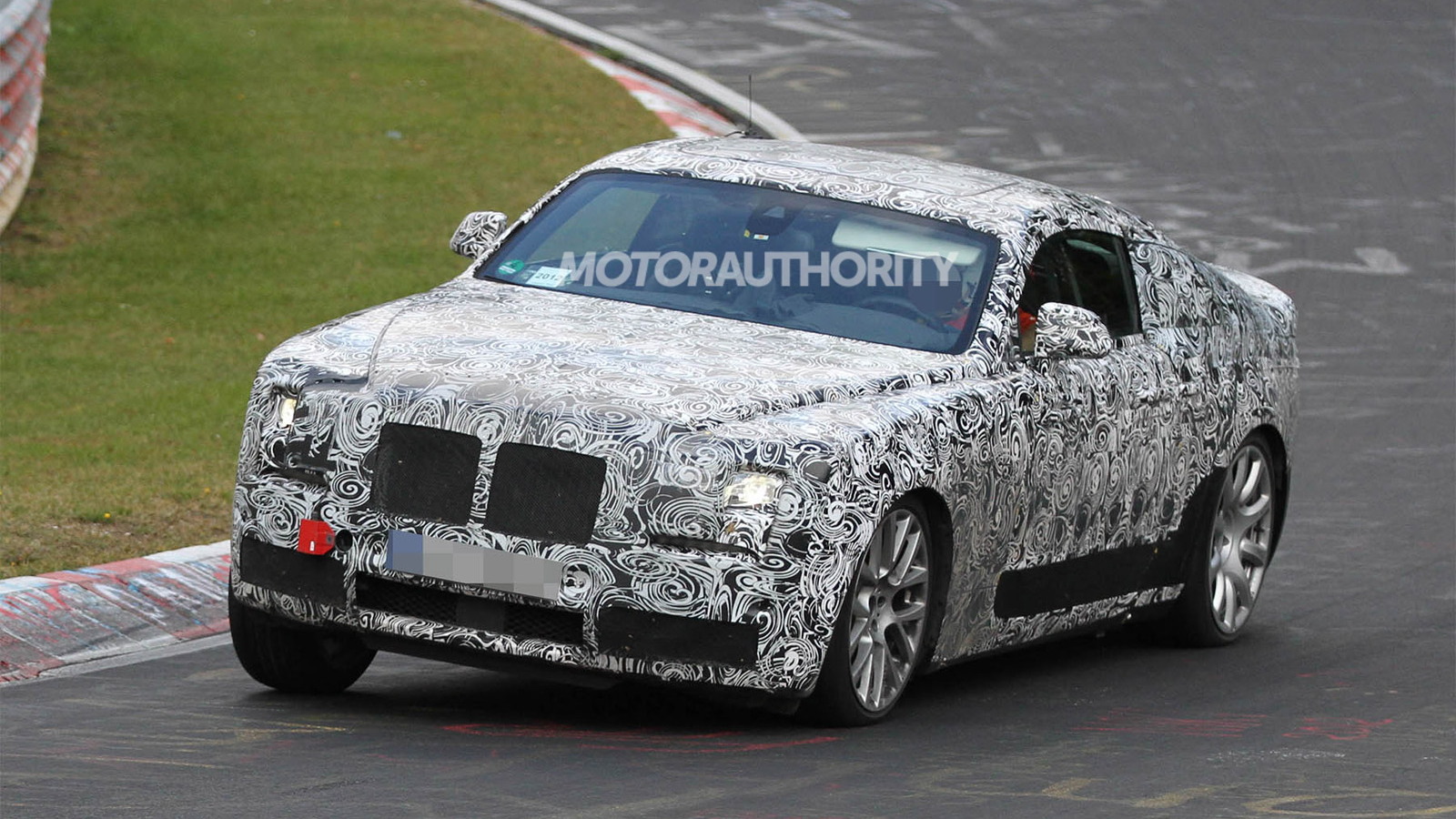 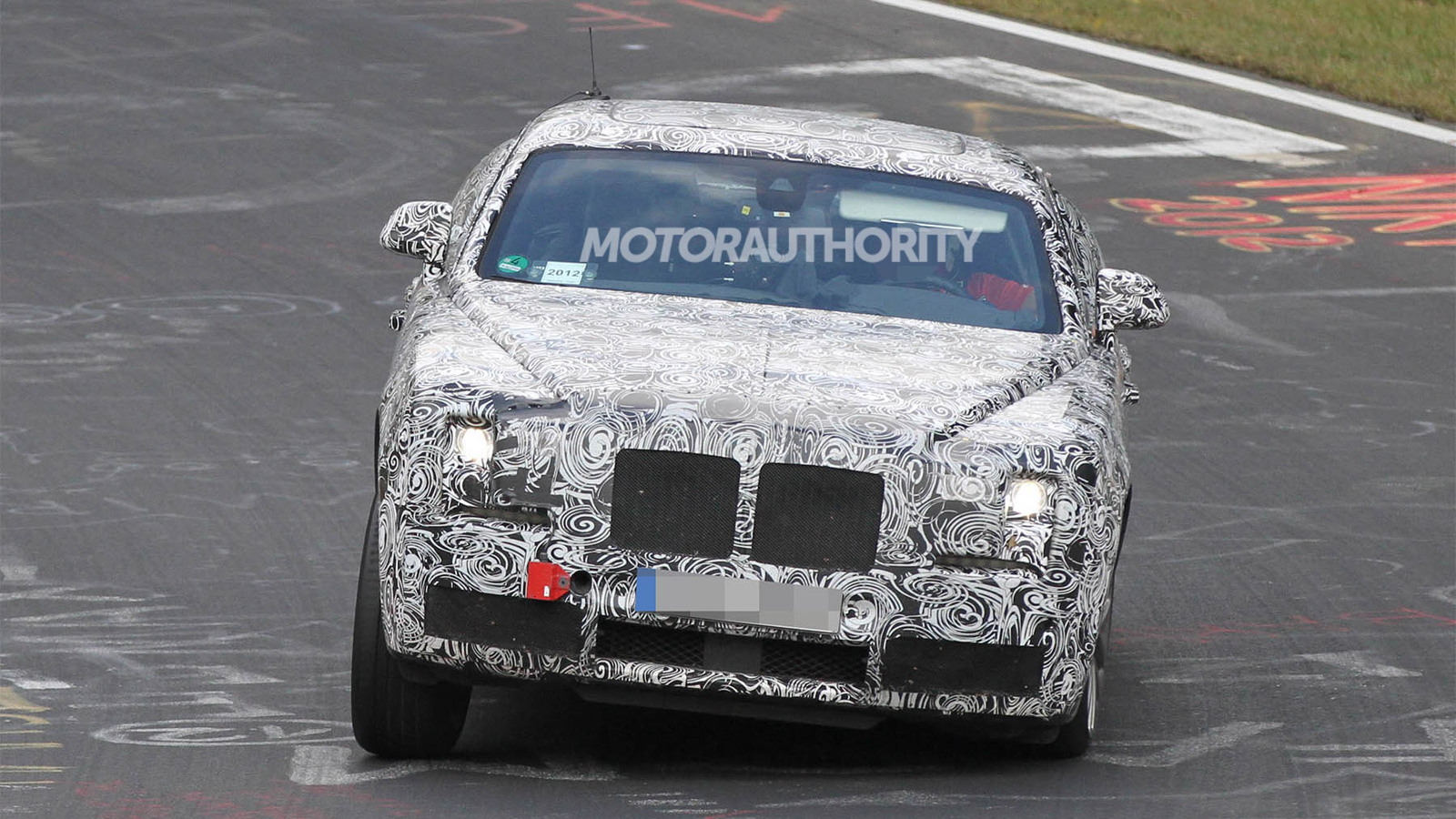 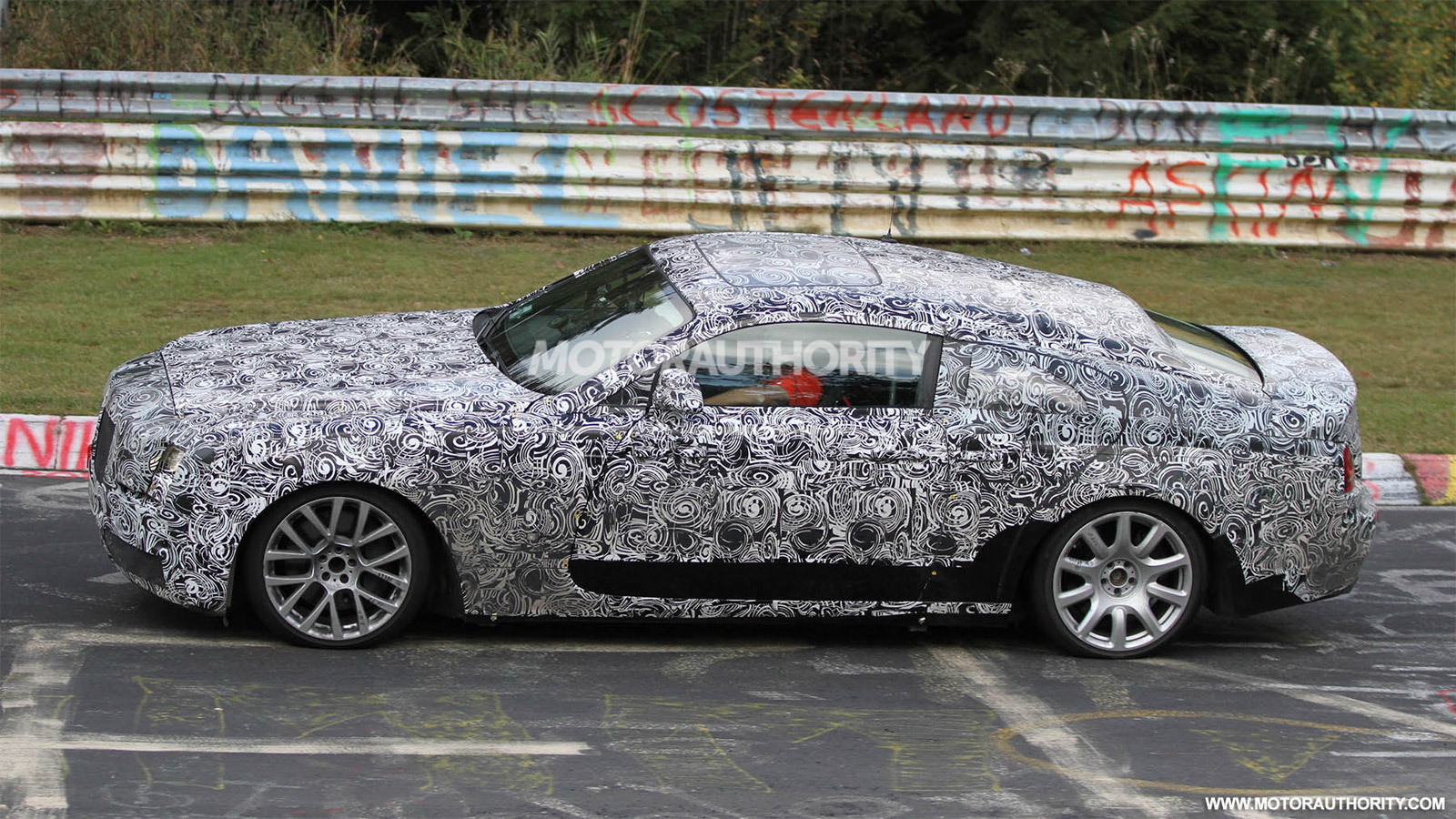 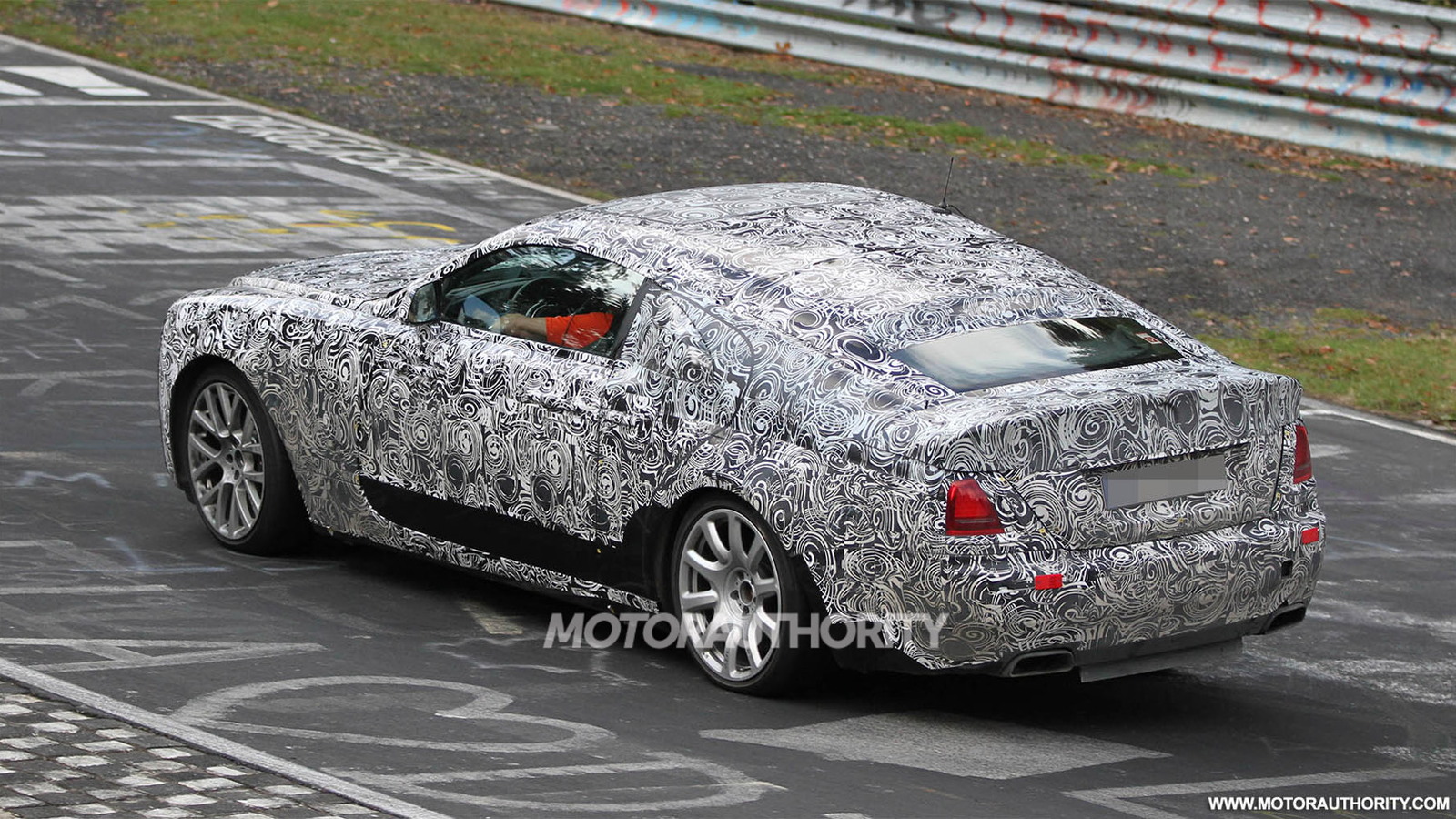 20
photos
Just as the Phantom has its Coupe and Drophead convertible variants, the Rolls-Royce Ghost is expected to spawn its own two-door models. The legacy started with cars like the Camargue and Corniche, both of which were based on the Silver Shadow, which itself is an ancestor of the latest Ghost.

With BMW filing a trademark for the Corniche name, there have been suggestions that the new car could revive the classic nameplate, though unlike previous models, the new one is expected to be a performance flagship for the Rolls-Royce brand.

We now have a new set of spy shots of a prototype for the Ghost coupe, this time with the car undergoing durability and high-speed testing on Germany’s Nürburgring race track.

Looking at the prototype, it’s hard to make out the shape of the roof as it is heavily disguised. However, we can clearly see that the Ghost coupe will be a very low-slung model. Engineers have attempted to make the prototype look as though it has more than one door on either side, but this latest model is expected to only have two doors in total.

Power should come from the same twin-turbocharged 6.6-liter V-12 engine found in the standard Ghost, though peak output is expected to be tuned to around 600 horsepower to give the Ghost coupe a better chance against primary targets such as the Bentley Continental GT and Mercedes-Benz CL Class. Look for a 0-60 mph time of below 5.0 seconds and top speed electronically limited to 155 mph.

Importantly, the Ghost coupe will be lighter than its sedan counterpart (perhaps as much as 440 pounds lighter), and its chassis tuned for improved performance. Look for uprated brakes and tires, stiffer suspension and a 10-millimeter lower ride height.

Inside, expect Rolls-Royce’s typical attention to detail, including hand-stitched leather upholstery and trim made from select hardwoods and polished metal.

Look out for the new Rolls-Royce Ghost coupe, which may or may not be called a Corniche, to land in showrooms towards the end of next year. Pricing should hover around the $300,000 mark.