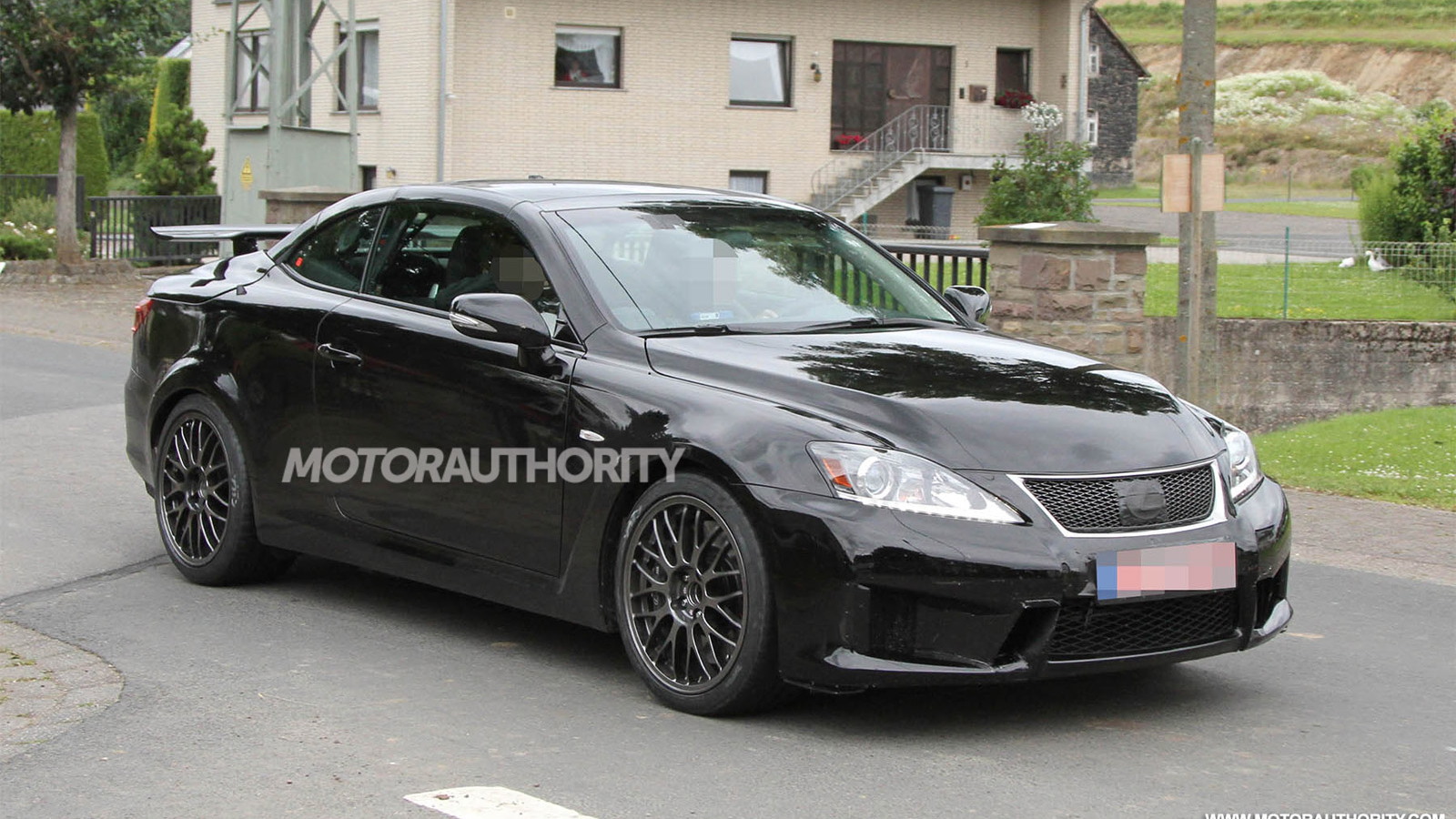 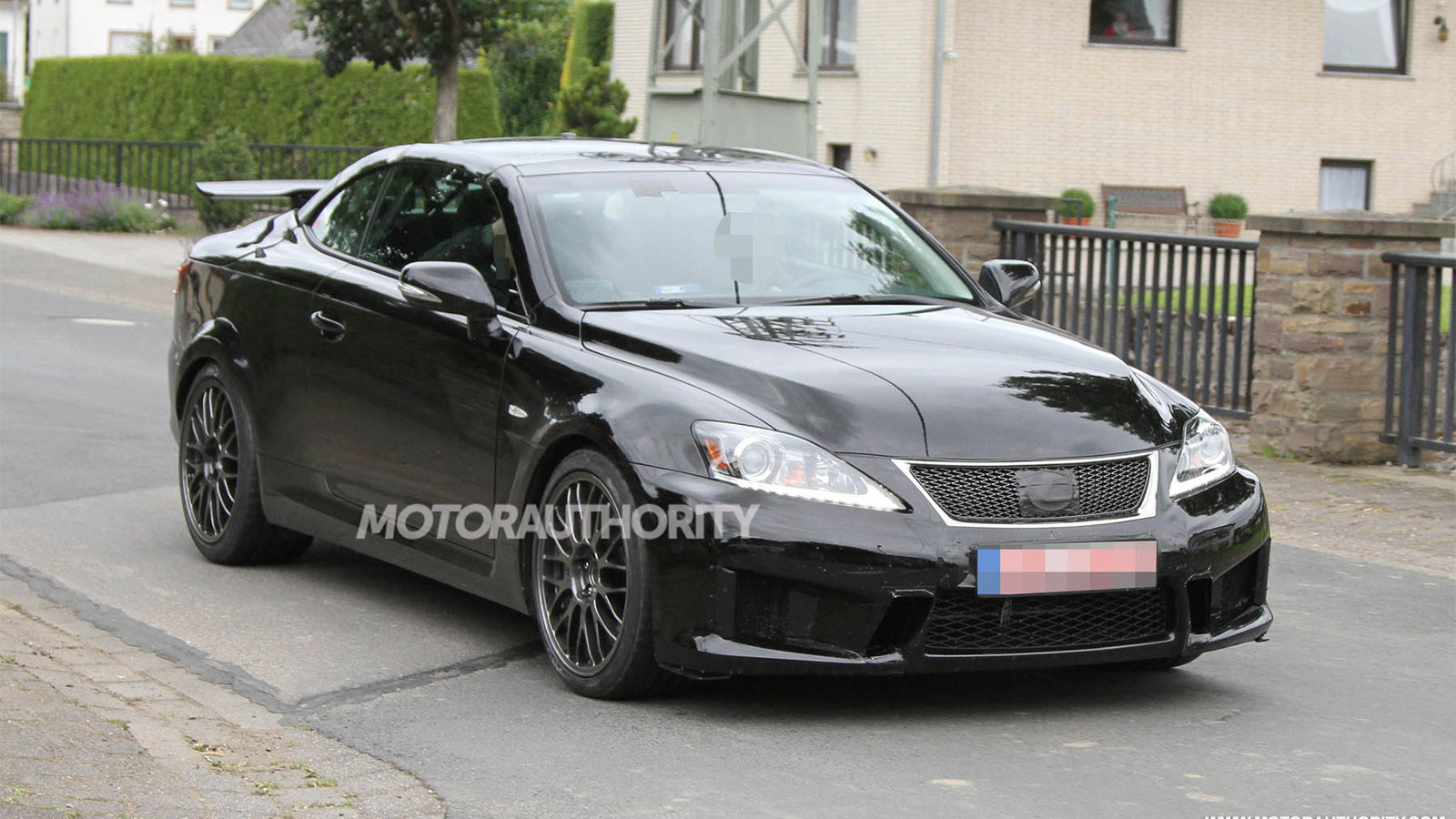 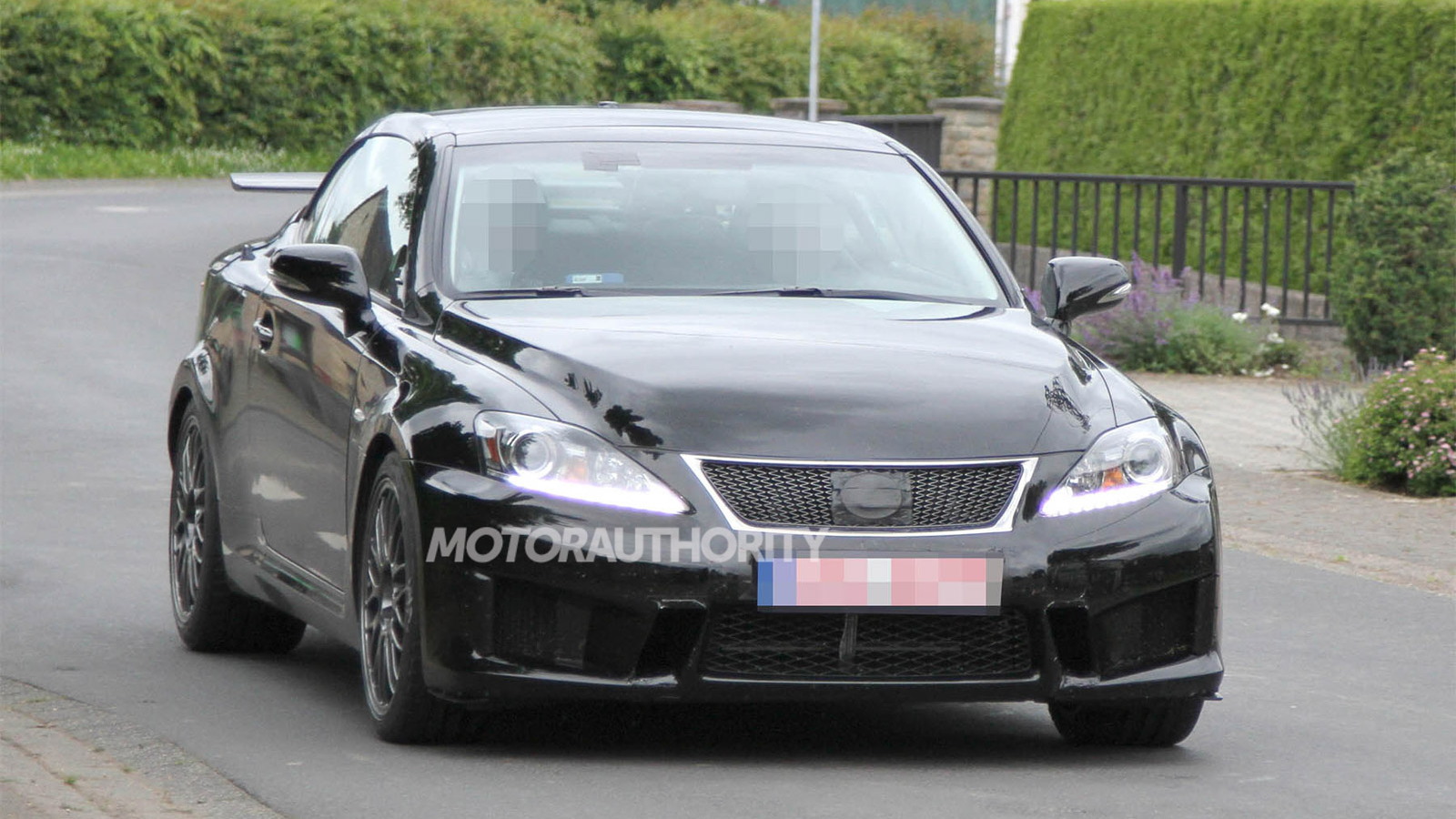 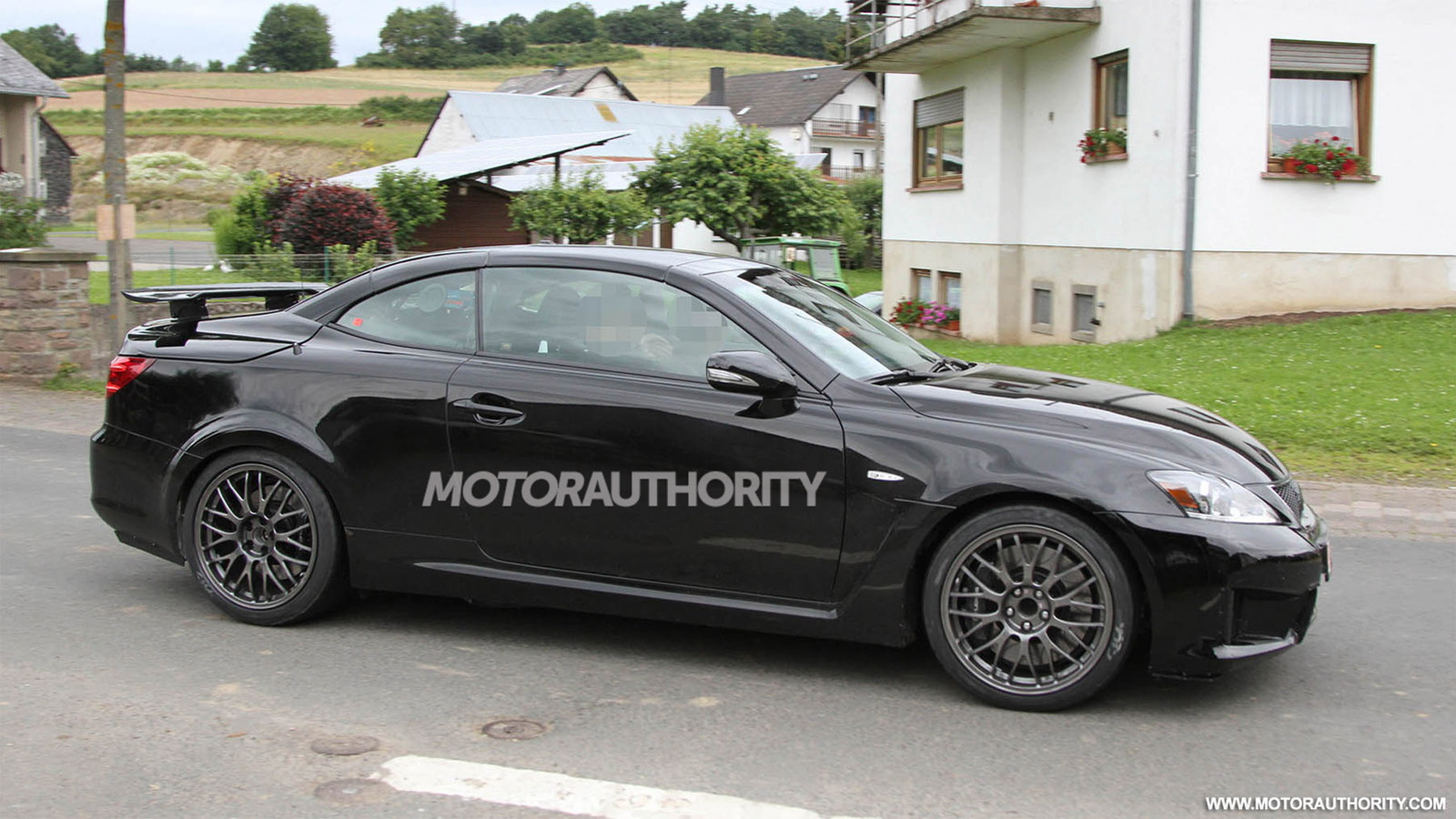 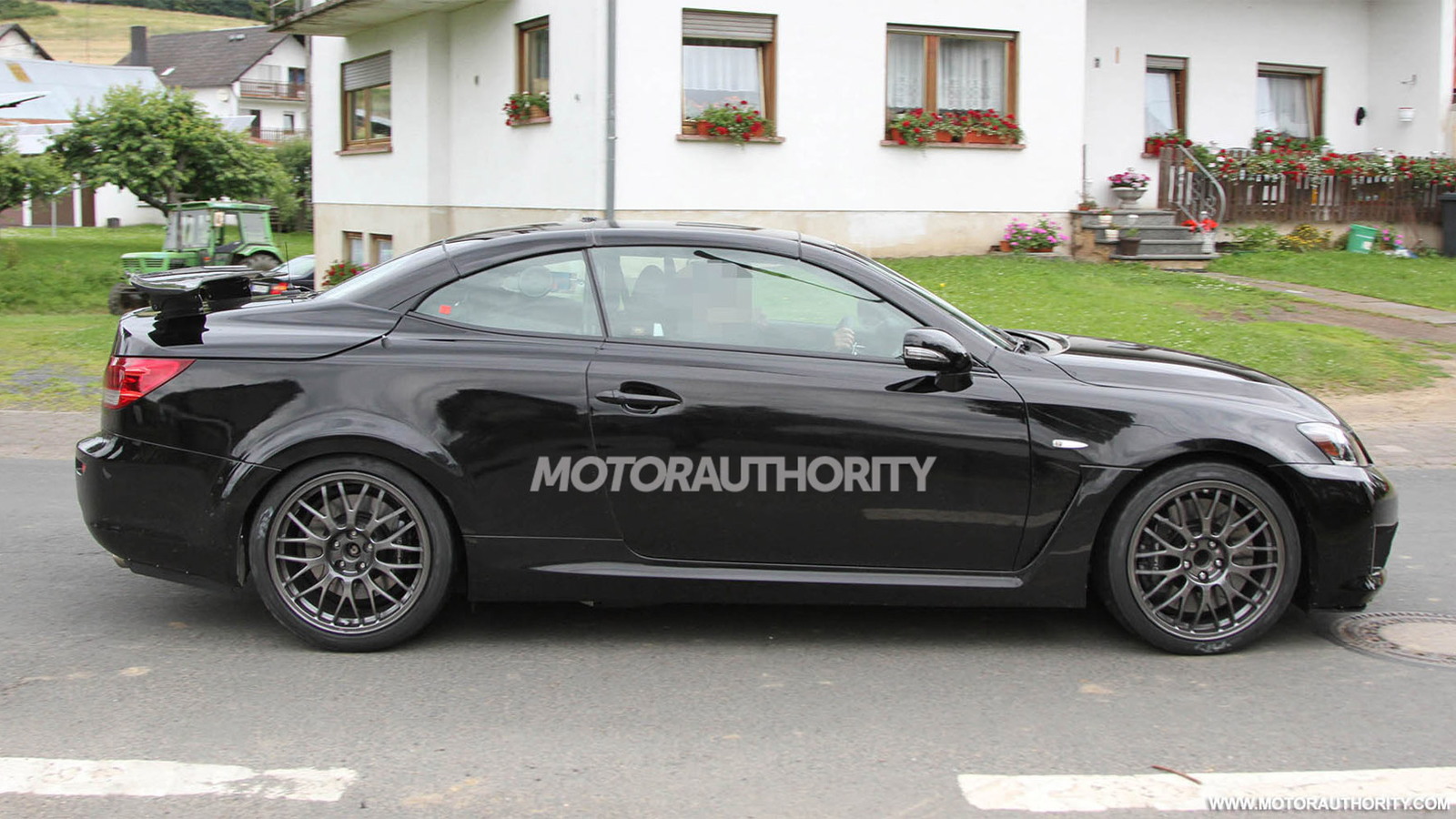 9
photos
Lexus will be introducing a completely redesigned IS sedan next year, followed by a successor to the convertible IS C a year or two later.

In order to keep buyers interested in the IS C until the redesign arrives, Lexus will inject some fun into the lineup with a new IS F variant.

Though news of the car dates back several years, latest spy shots of a prototype testing in Germany confirm that the IS F Convertible is real and likely to be every bit as menacing as the sedan.

We can clearly see that the IS F Convertible will borrow most of the styling elements from its sedan counterpart, including the revised front-end, pumped fenders and stacked exhaust tips.

Under the hood should be the familiar 5.0-liter V-8 engine that has powered the IS F sedan since its launch back in 2007. This sledgehammer of a powerplant dishes out 416 horsepower and 371 pound-feet of torque, which is enough to rocket the five-seat sedan from 0-60 mph in just 4.6 seconds and see it reach a top speed of 168 mph. We expect similar performance figures for the new IS F Convertible.

Gear changes will be handled by a smooth eight-speed automatic, which in the sedan does a remarkably good job of getting all of the V-8’s power to the rear wheels. There isn’t the delay in shifts that some other high-performance autos suffer from.

Look out for the debut of the 2014 Lexus IS F Convertible in the first half of next year, with sales to commence just in time for summer.