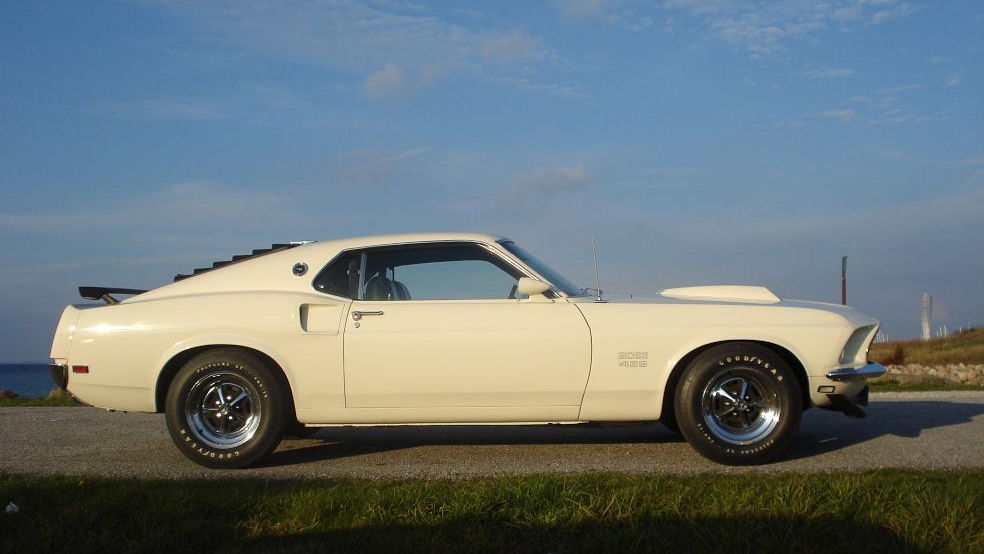 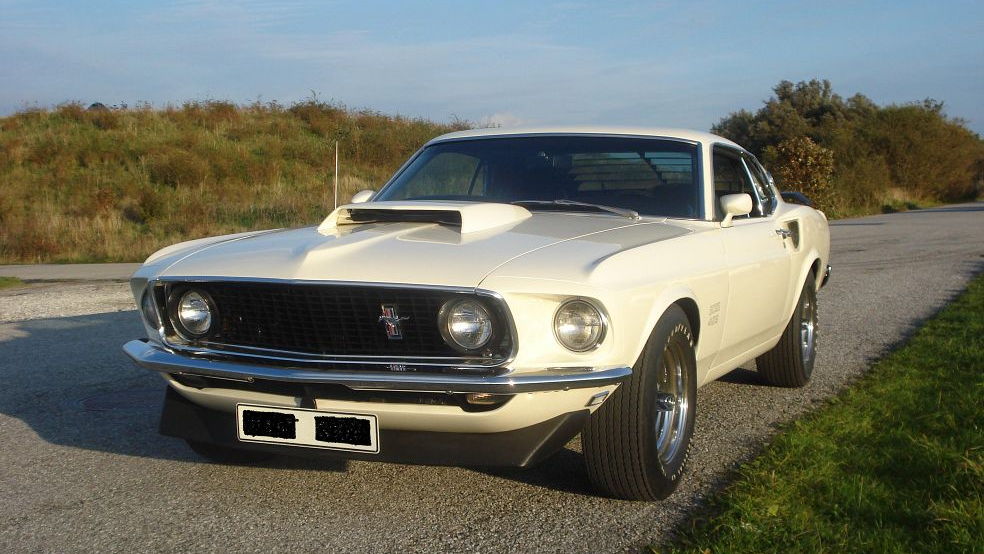 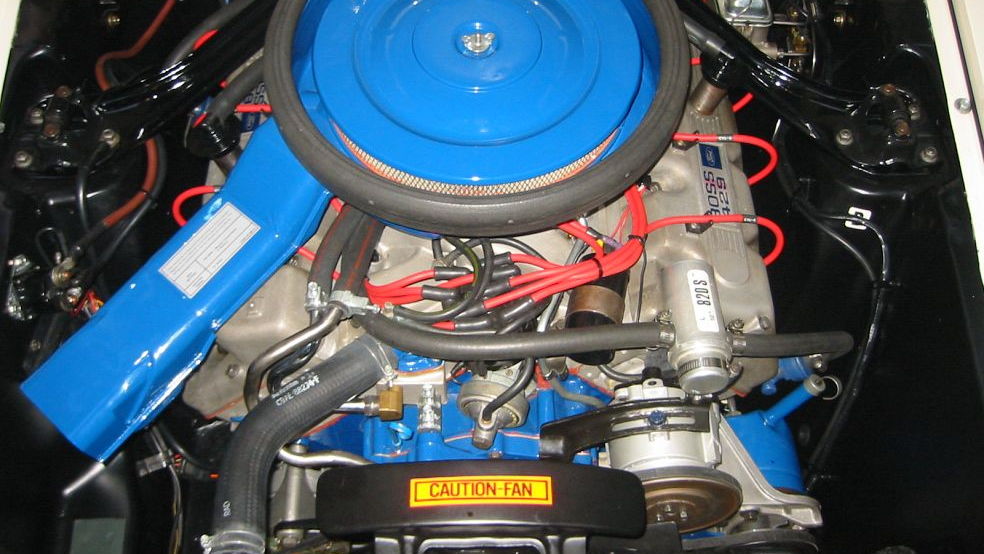 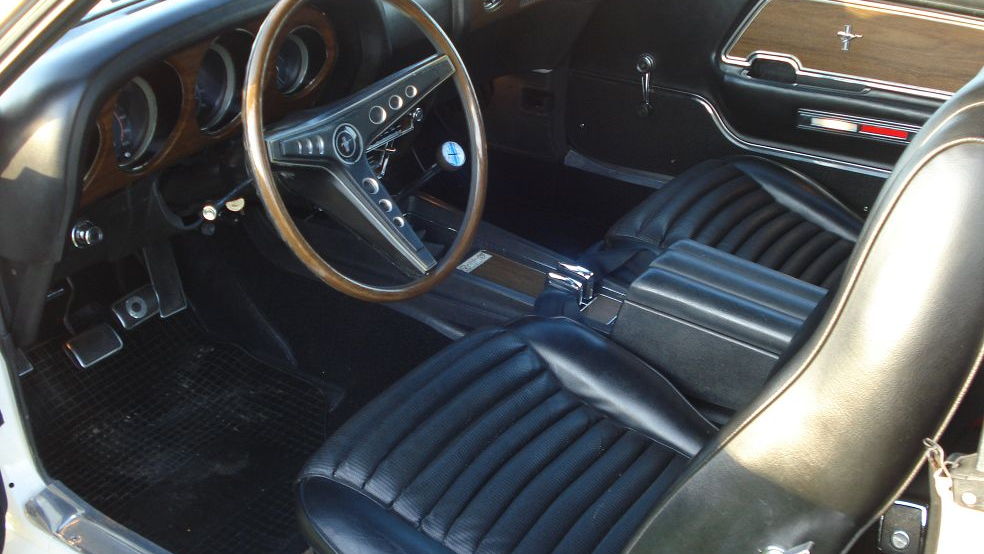 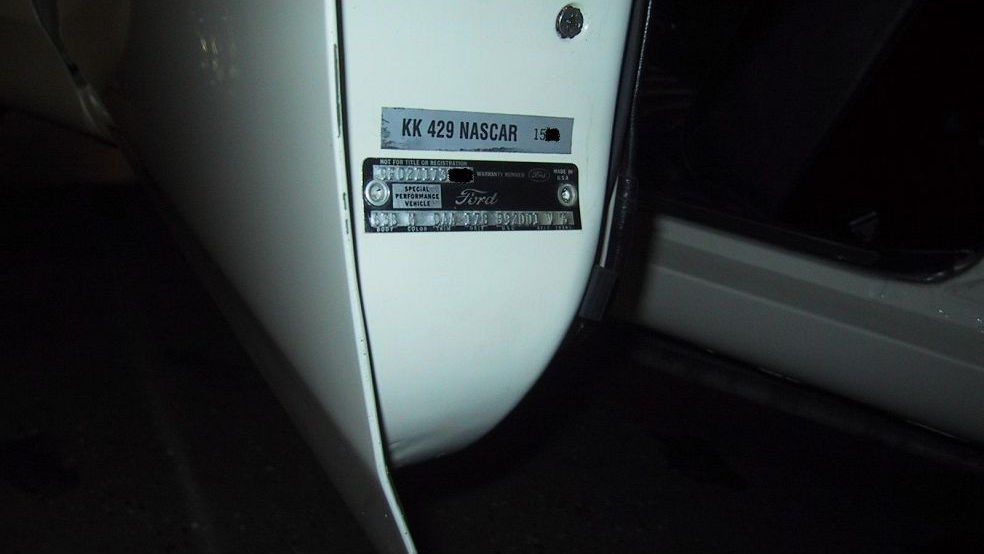 5
photos
When it comes to muscle cars, one of the rarest and most desirable is the Ford Mustang Boss 429. Built for just two years (1969 and 1970), Wikipedia says that total production numbered just 1,356 units.

Built for homologation purposes, so that Ford could use the 429 cubic-inch V-8 in its NASCAR efforts, the engine was too large to fit between the front fenders of a standard Mustang. Since production would require a significant amount of modification, the assembly was handed off to Kar Kraft in Brighton, Michigan.

While unmolested Boss 429 Mustangs are a rare find in the United States, they’re an even rarer find in Europe. Imagine our surprise then, when a Motor Authority reader in Sweden contacted us about his 1969 Boss 429 Mustang, for sale on Race-Cars.com.

The car is listed as a rust-free survivor, sprayed in Wimbeldon White and showing just 10,000 miles on the odometer. It was imported into Sweden in 1974 by the Swedish attache, who purchased the car (from the original owner, we think) in Houston, Texas.

Since 1974, it’s accumulated just 1,000 miles on Swedish soil, and the owner states that the car has never been in an accident. It’s reportedly numbers-matching, too, and the only concession to modernization appears to be an electronic ignition module from MSD.

The asking price is 140,000 euros, or roughly $175,000, which could be quite a bargain if the car checks out to be as described. We’ve heard of owners asking $550,000 for unrestored 1969 Boss 429 Mustangs in similar condition, although we’re not sure the current market supports a price this high.

Last December we told you about another Boss 429 for sale, and with even with extensive modifications the starting bid on eBay was $185,000. It’s not clear if this car sold, and if so, what the final price was.

Without a trip to Sweden, we can’t vouch for the authenticity of this particular car, but based on the documentation we’ve seen it certainly appears to be as described. If you’re interested, you’ll find complete details on the car here.