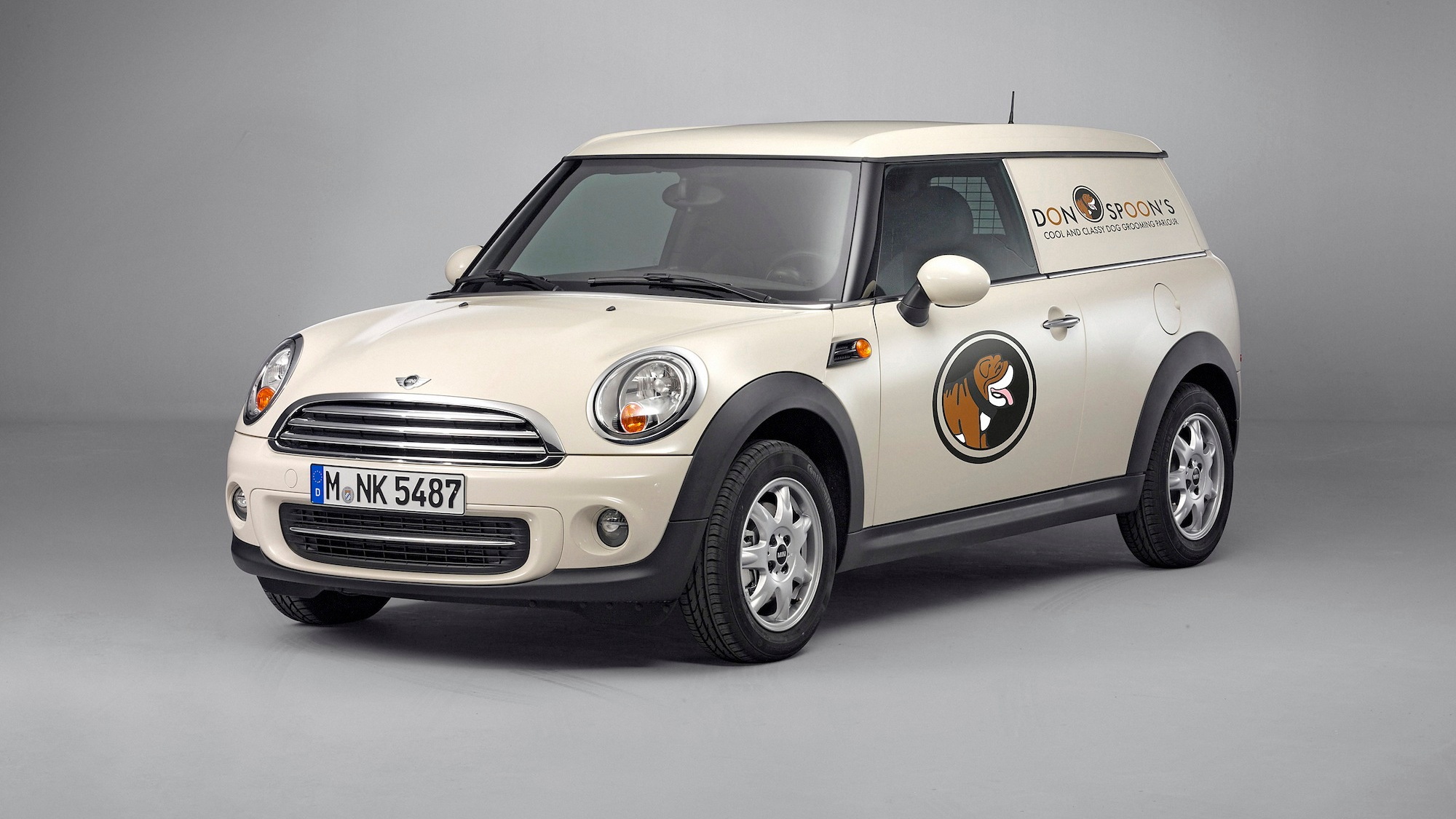 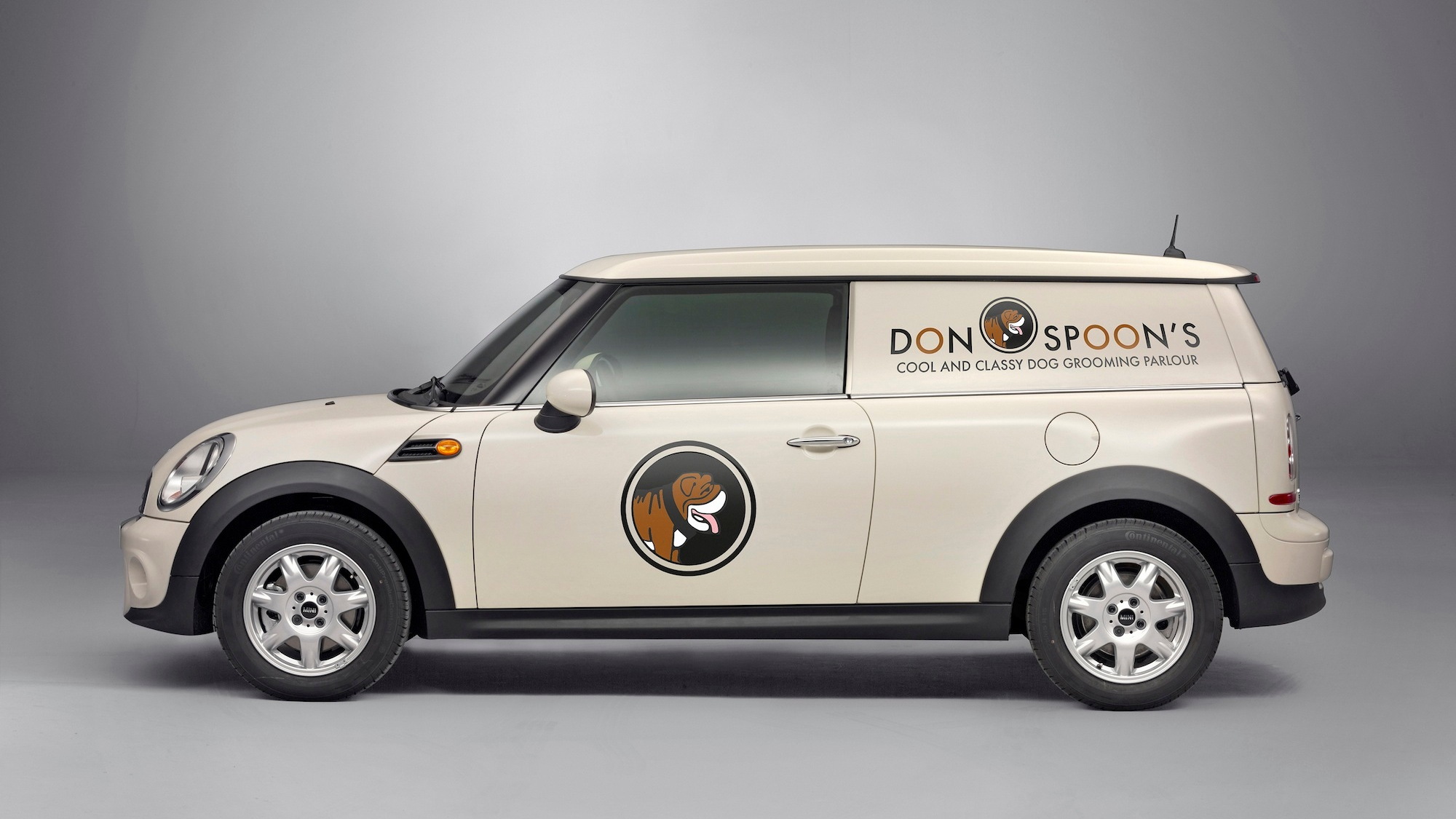 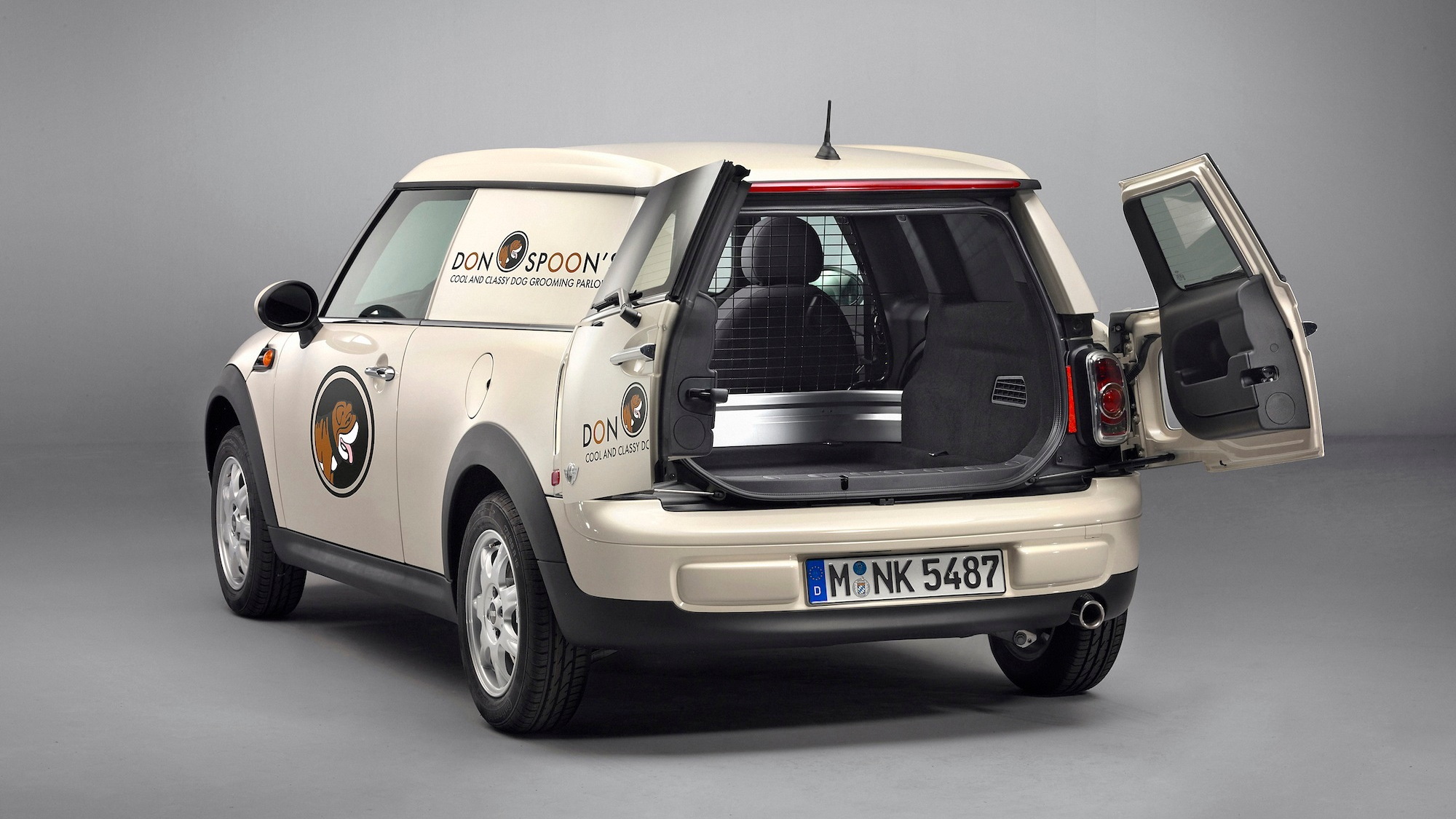 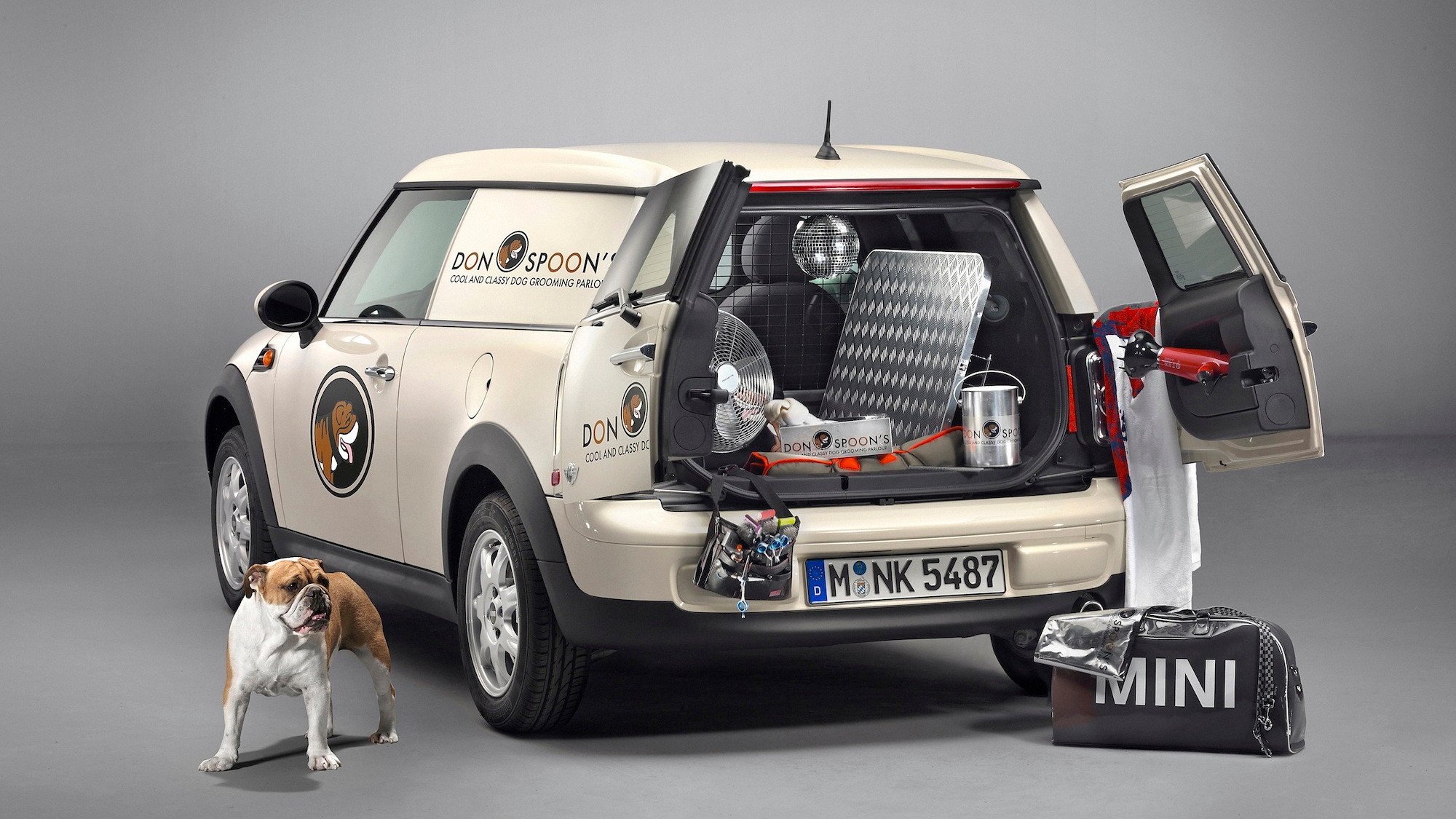 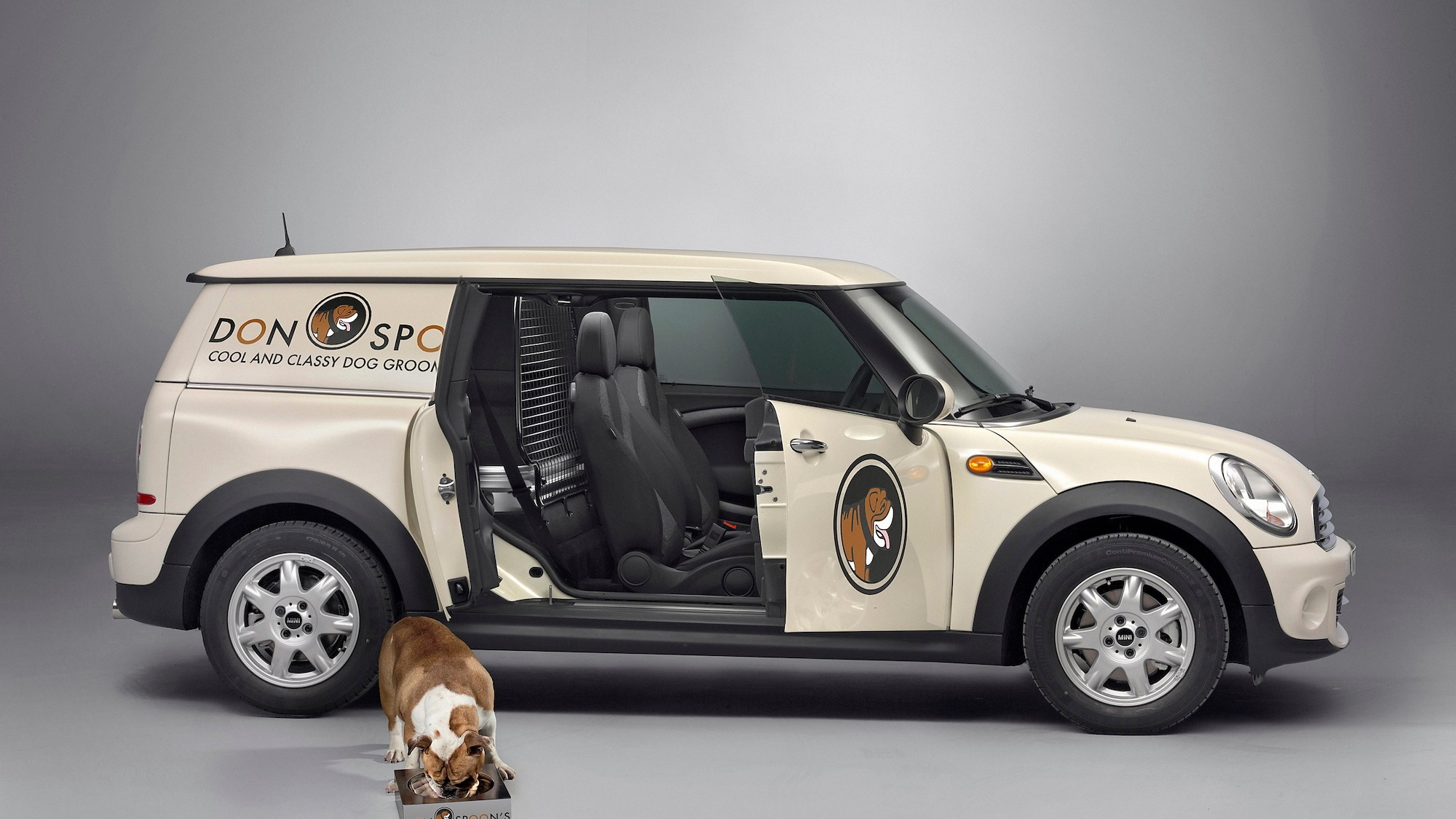 14
photos
The MINI range has burst forth in proliferation over the past handful of years, expanding from the Cooper and Convertible and their three variants to include the Clubman, Countryman, Coupe, Roadster, and now the Clubvan.

Rooted--loosely--in history to the Morris Mini Van, the Clubvan aims to secure the lower tax rates and other advantages offered to commercial vehicles, since that's how it will be classified--the first MINI to get the distinction.

We've known the Clubvan was coming to production since April, despite being shown originally as a concept-only car at the Geneva Motor Show. The fast-track treatment was easy for the Clubvan, as it's essentially identical to the Clubman, but with no rear seats or rear side windows, making hurdles like crash-test certification and tooling much easier to clear.

So what do you get with the Clubvan? Unlike most of the rest of the MINI range, there will be no S or John Cooper Works variants of the Clubvan. In the U.S., that means we get just one engine option: the 121-horsepower MINI Cooper 1.6-liter four-cylinder. Both six-speed manual and automatic transmissions will be available. Otherwise, it's largely what it seems: a semi-gutted, cargo-carrying Clubman, right down to width, height, wheelbase, and overall length.

The cleared-out rear cargo area is complemented by blocked-out rear side windows with interior polycarbonate reinforcements, tinted glass in the rear doors, a flat load floor, carpeted side walls, 12-volt sockets in the cargo area, and a cargo-attachment system in the back. An aluminum and stainless steel mesh partition between the front passenger area and cargo compartments keeps each in its proper zone.

Total space in the rear cargo area is 30.3 cubic feet, extending 44.8 inches long and 40.1 inches high. The maximum payload capacity for the MINI Clubvan is 816 pounds.

Also unlike other MINIs, the level of available personalization is limited, reflecting its intent as a work vehicle rather than a personal statement. Only four exterior colors will be offered, including Pepper White, Ice Blue, British Racing Green, and Midnight Black--the latter two being metallic hues. Inside, standard equipment is Cosmos fabric upholstery with black interior and Fine White Silver trim. The cabin can be somewhat more customized, however, with available sport seats in cloth or leather, alternative trim strips, and a range of interior upholstery looks and materials.

Nearly the full MINI accessory and features catalog is available for the Clubvan, however, meaning owners will be able to opt for automatic climate control, park distance sensors, MINI Connected with a 6.5-inch LCD screen, navigation, and more.

The MINI Clubvan arrives at dealerships this fall.