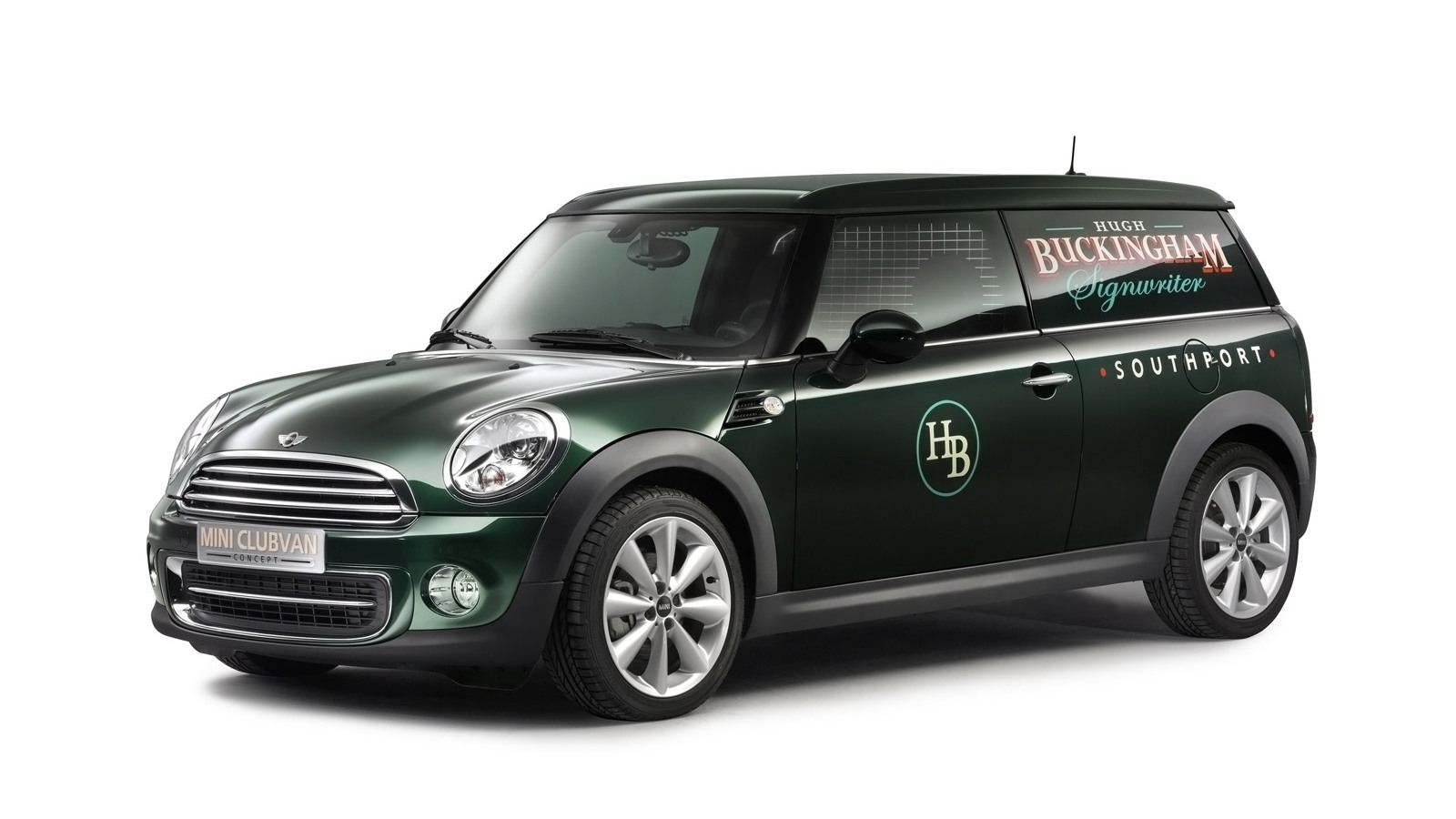 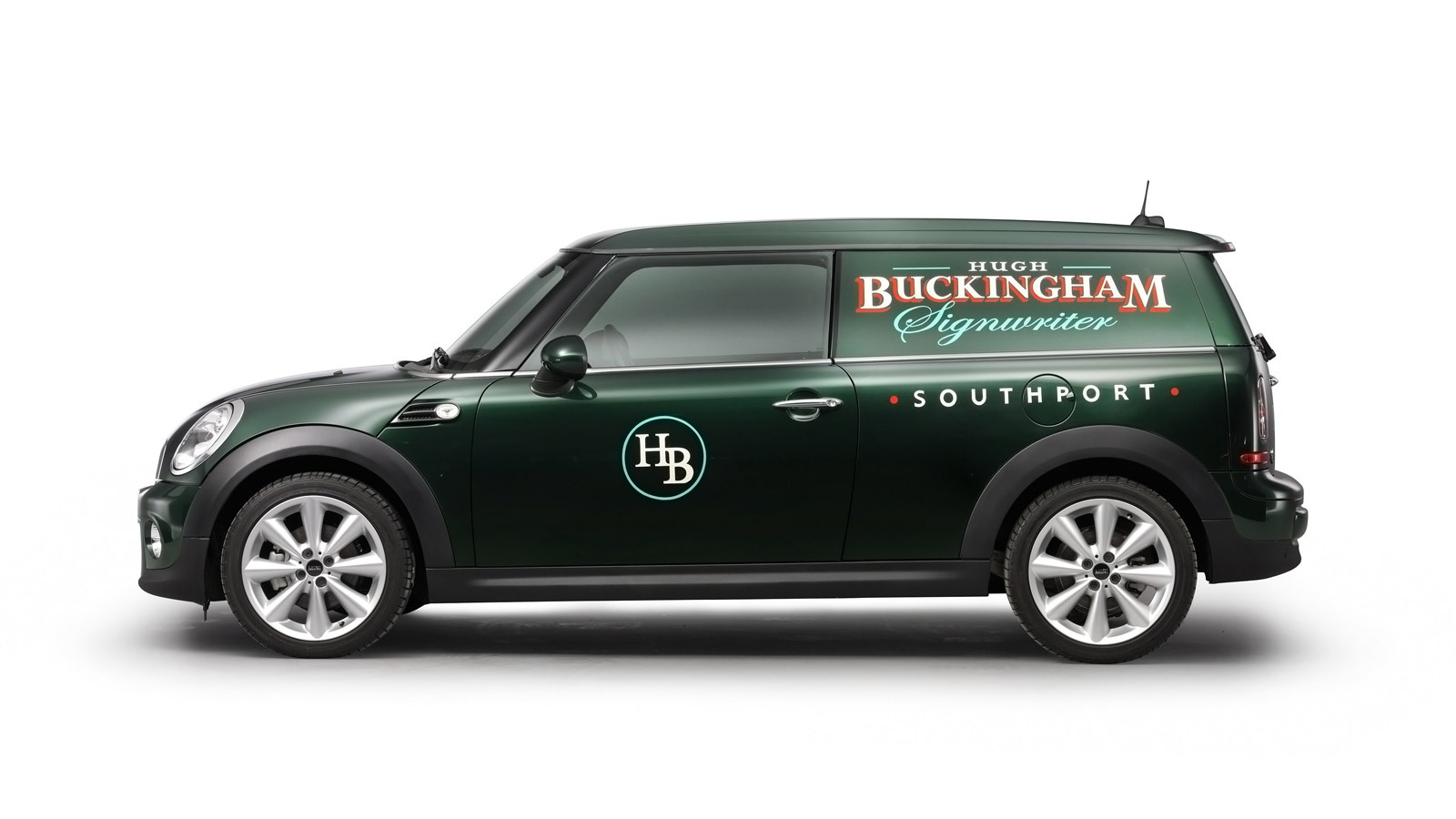 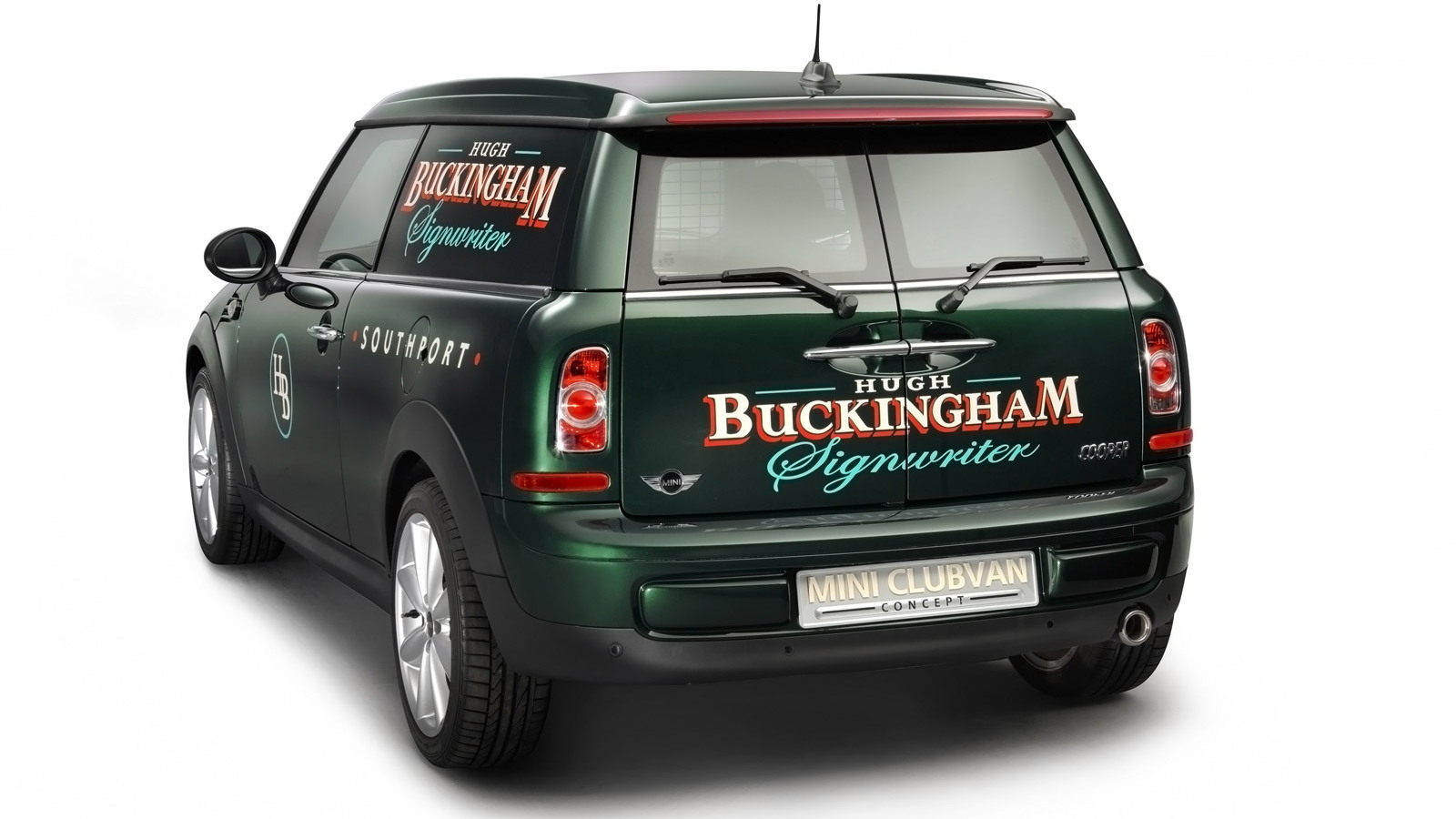 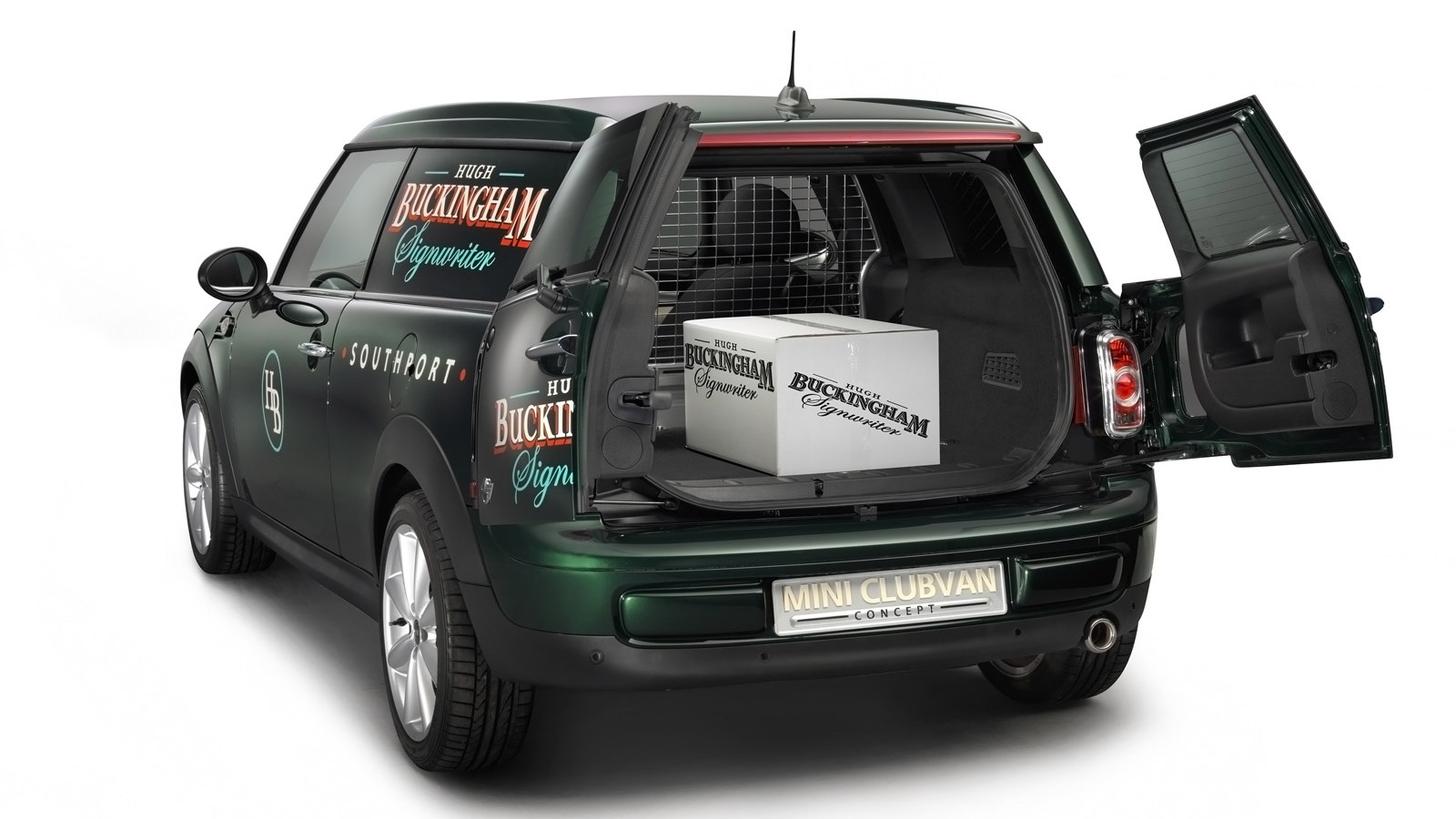 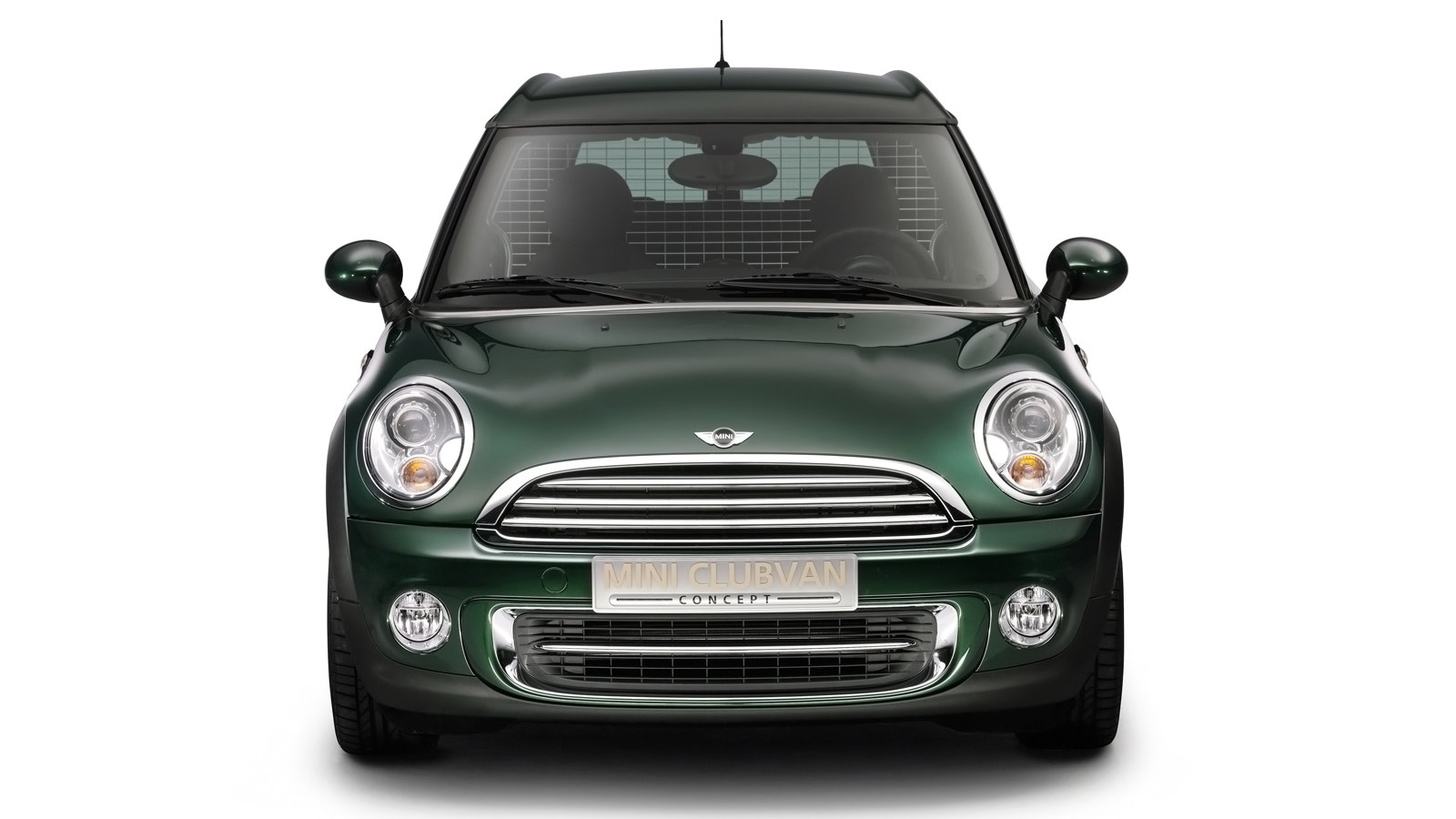 9
photos
MINI looks set to expand into the burgeoning commercial vehicle market with a new cargo hauler, following the reveal of its latest concept car.

Called the Clubvan, MINI’s new concept for the upcoming 2012 Geneva Motor Show is what you get when you take an ordinary Clubman, black out the rear windows and remove the rear seats.

MINI describes it as a compact lifestyle van for business or leisure, and we can certainly imagine small scale delivery services such as florists or pizza businesses using the cute vehicles as a promotional tool.

In total there are two seats, five doors, and a practical load area that reaches from the split rear doors right up to the partition grille behind the two seats. The totally level floor makes full use of the interior’s depth, and that allows the concept to offer more storage space than the Clubman on which it’s based.

Designed to go head-to-head with other compact commercial vehicles such as the popular Ford Transit Connect and Fiat Doblo (another commercial vehicle heading to the U.S.), the MINI Clubvan adds a touch of prestige to the segment as well as MINI’s trademark sporty handling.

MINI will be using the Clubvan’s Geneva appearance to gauge public interest in the vehicle, and if the production green light is given then we wouldn’t be surprised if an all-electric version is launched further down the track to lure small businesses looking to curb ever-increasing gas bills.

Note, the Clubvan is just one additional model MINI is considering. As we reported just last week, three new all-new MINIs are due by the end of the decade, potentially including, in addition to this van variant, a station wagon and sedan.

Press days for the 2012 Geneva Motor Show don’t commence until March 6 but for our ongoing coverage, head over to our dedicated show page.