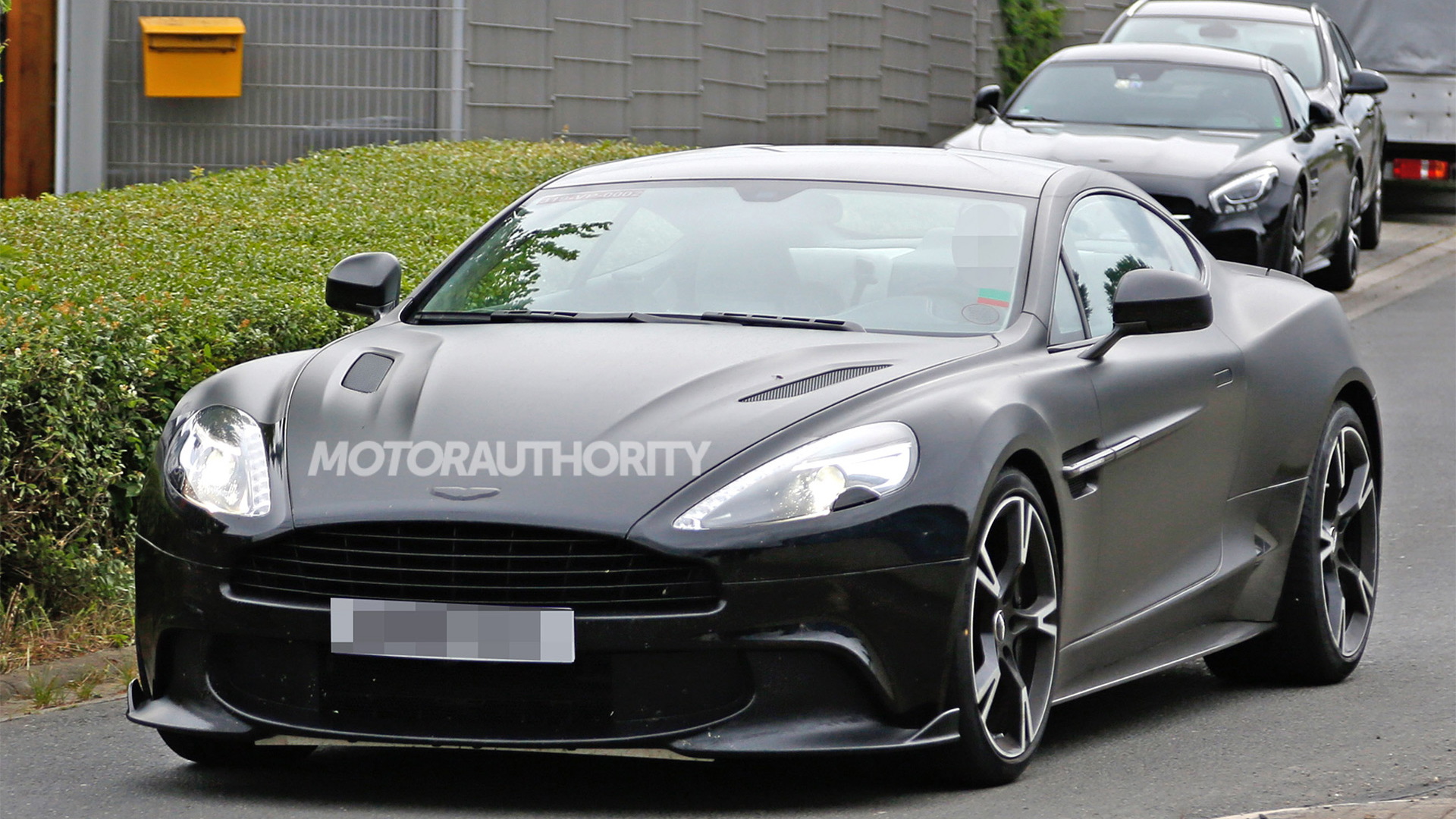 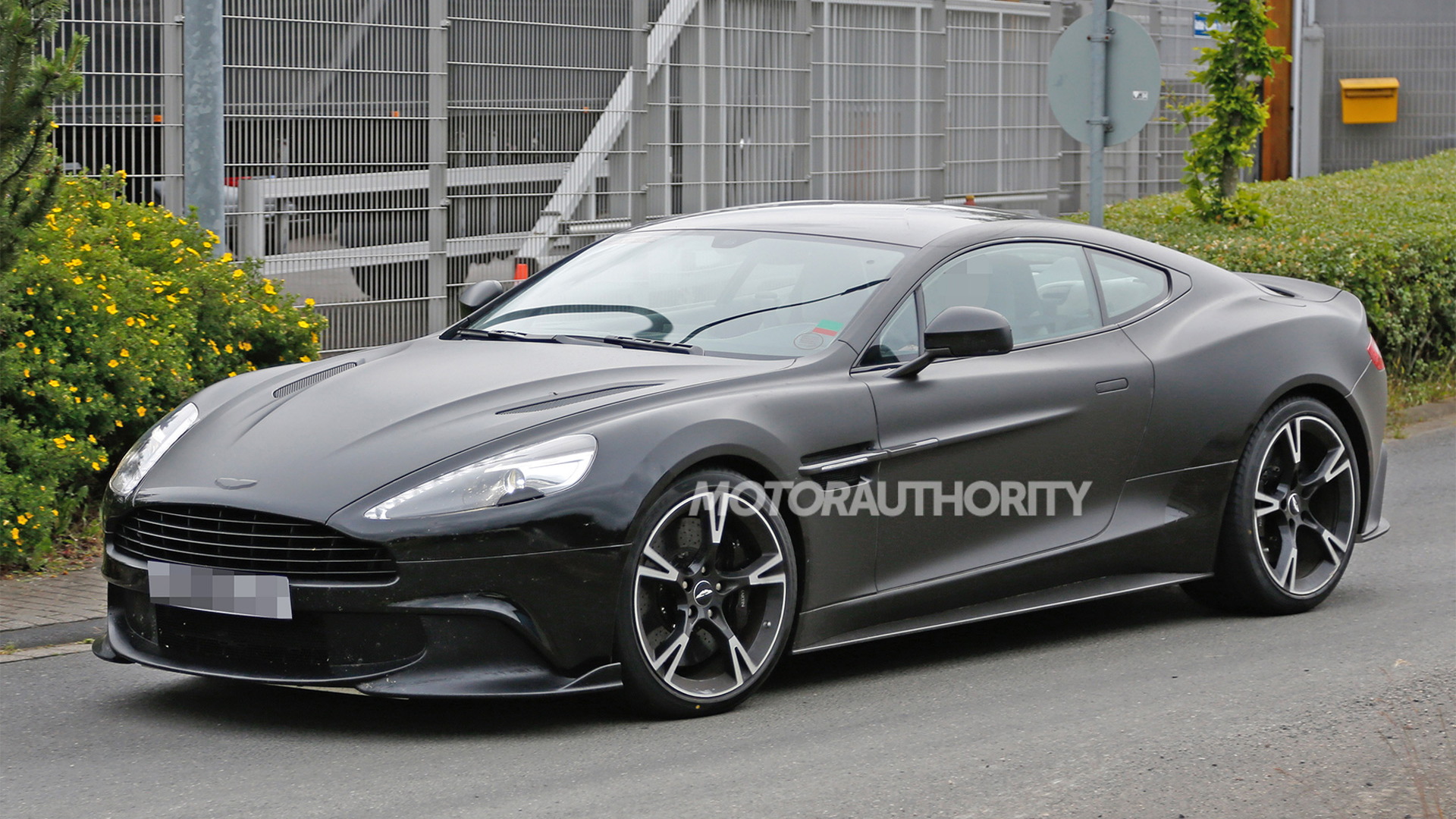 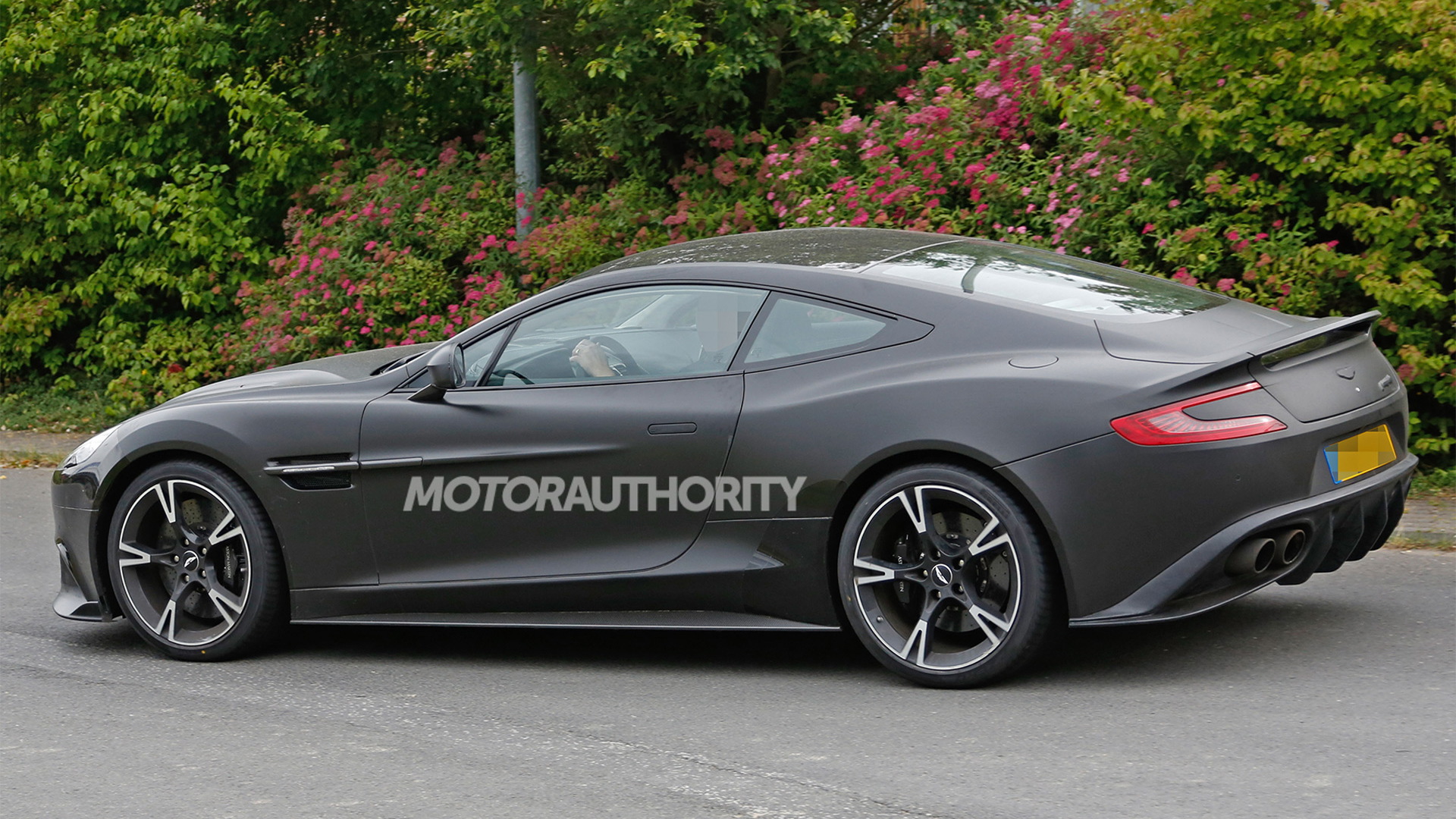 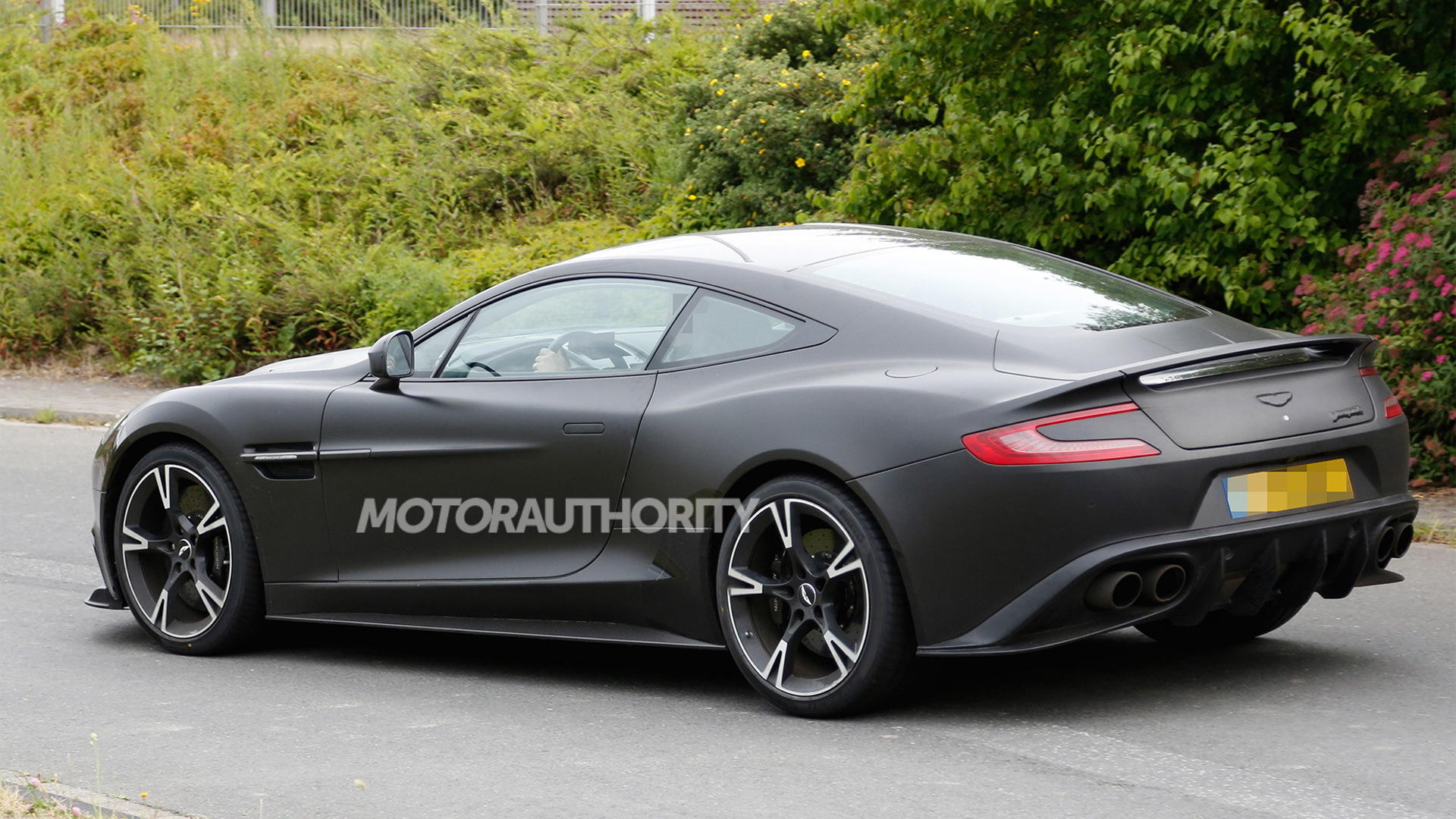 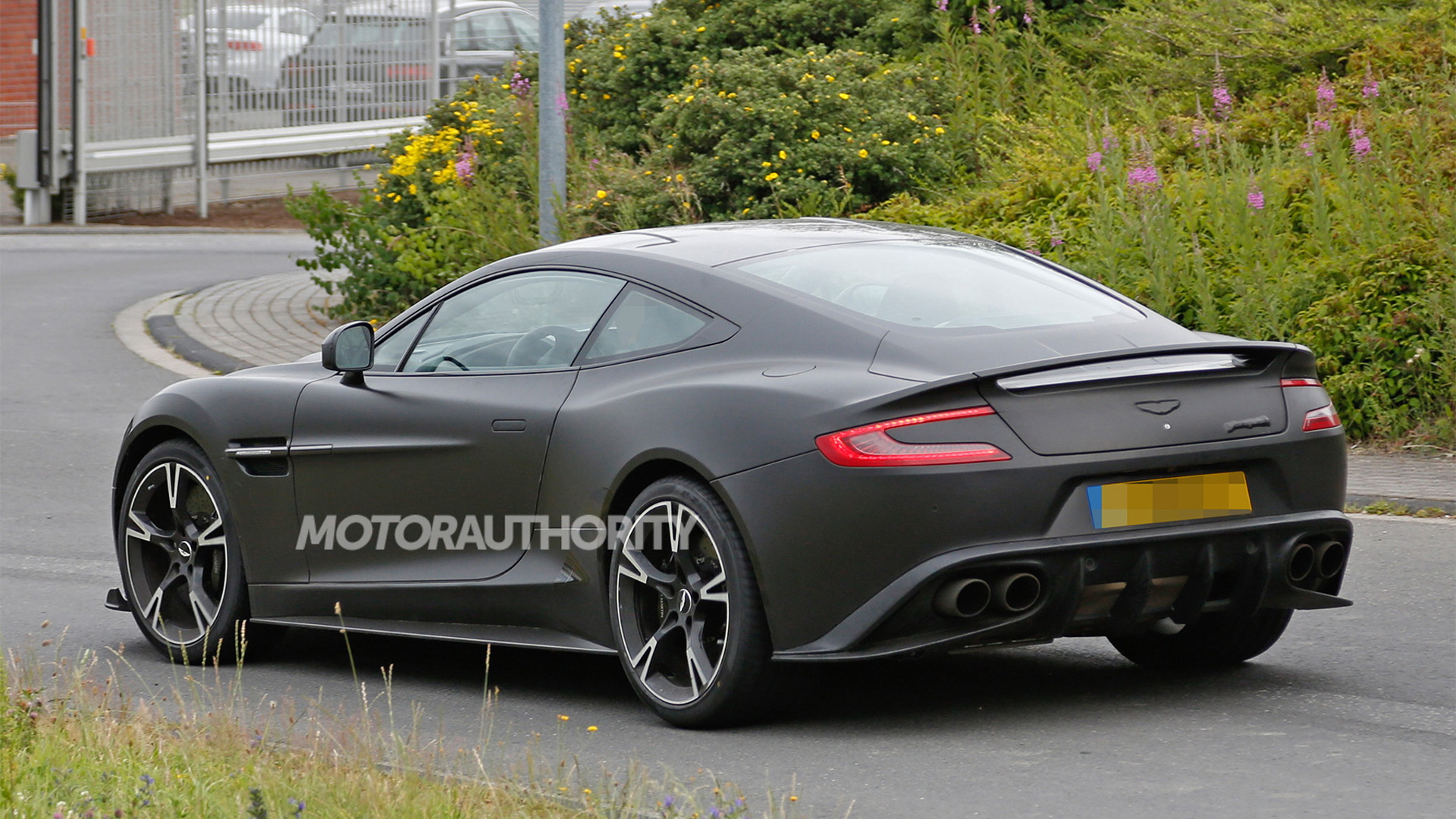 A new generation of Aston Martin’s Vanquish supercar is in the offing but before it arrives the British automaker will introduce a more potent version of the current, second-generation model that's been on sale since the 2014 model year.

A prototype for this new version, tipped to be called a Vanquish S, was just spotted outside Aston Martin’s test center at the Nürburgring.

You’ll recall Aston Martin’s original Vanquish had its own Vanquish S variant towards the end of its life cycle. The car came with unique aerodynamic elements and a bump in horsepower, and it appears similar updates are pegged for the new Vanquish S.

Compared to the regular Vanquish, the prototype features new designs for the bumpers and exhaust tips. The only noticeable difference up front is the wider lower intake. At the rear, a much more aggressive diffuser has been added. It’s joined by a set of quad-exhaust tips instead of the dual-tip design used for the regular Vanquish.

It’s not clear what mechanical updates are planned but the new exhaust tips may hint at more power, possibly 592 horsepower to match the output of the limited edition Vanquish Zagato. The 5.9-liter V-12 in the regular Vanquish delivers 568 hp and is mated to an 8-speed automatic transmission. This combination is good for 0-60 mph acceleration in under 4.0 seconds and a top speed in excess of 200 mph. Expect the Vanquish S to better these numbers.

Note, this is likely to be the last application of Aston Martin’s venerable 5.9-liter V-12, which is actually sourced from Ford Motor Company [NYSE:F]. Going forward, Aston Martin's V-12 models will use the new twin-turbocharged 5.2-liter mill that debuted in the 2017 DB11.

After the Vantage will come the redesigned Vanquish. This third-generation model is expected to bow in 2018 as a 2019 model and offer carbon fiber and possibly even hybrid technology derived from Formula One, made possible due to the partnership between Aston Martin and the Red Bull Racing Formula One team. And joining the redesigned Vanquish in 2018 will be the production version of Aston Martin's AM-RB 001 hypercar.