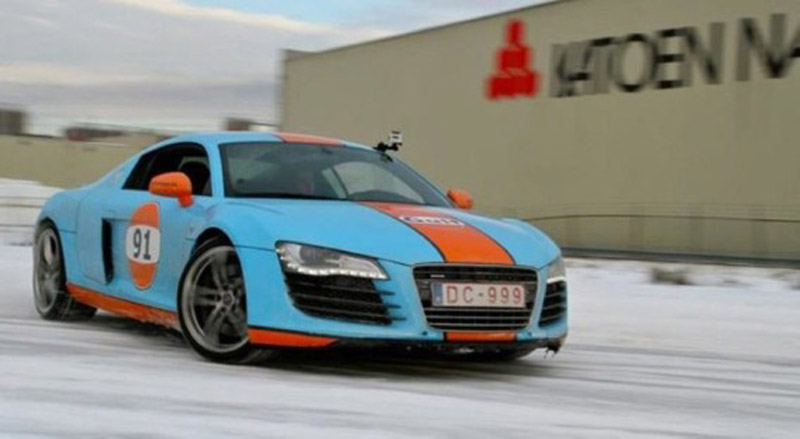 Earlier this month the driver of an Audi R8 was caught on video crashing into a Lada at high speed before driving off without even checking to see if the occupants of the other vehicle were alive or needed help.

Now we have details of a second hit-and-run case involving an Audi R8, this time in Temse, Belgium.

A driver of a custom R8 finished in Gulf livery crashed into the rear of a Seat Ibiza being driven by a 50-year-old woman on Monday night.

After hitting the Seat, the driver of the R8 is said to have driven off from the scene of the crash.

According to an article run by local newspaper Nieuwsblad, which was picked up by Autoblog.nl, the alleged driver of the car was a 21-year old male who had been given the car as a gift from his father. He allegedly hid the car after the crash and then told his parents and the police that he was car-jacked.

After detecting a hint of alcohol and looking into the circumstances of the crash, it didn’t take long for police to put the blame on the owner of the R8.

The R8 was later found at a nearby gas station and its owner is now in the custody of police.

The driver of the Seat suffered a number of fractures from the impact and remains in hospital.