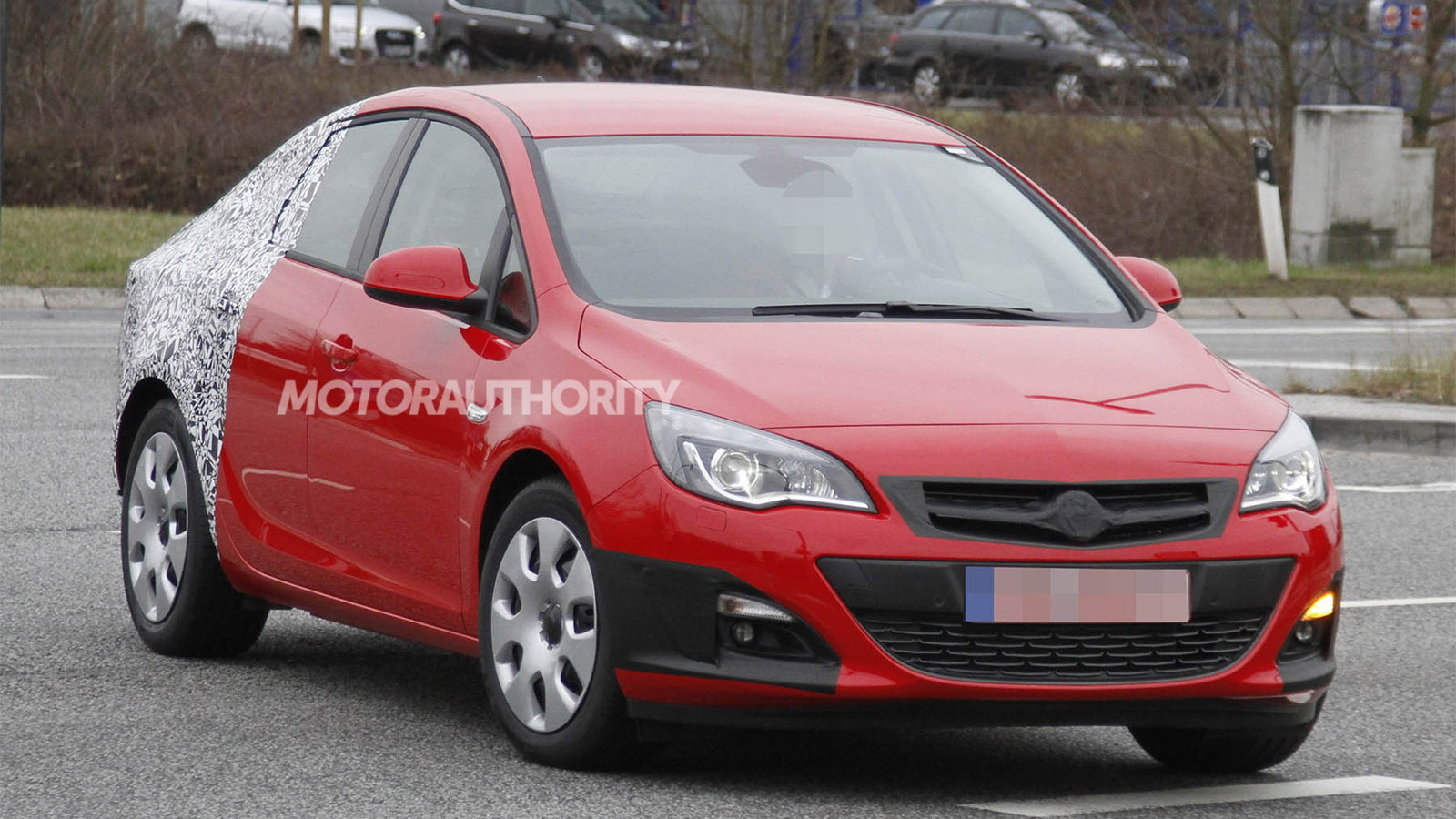 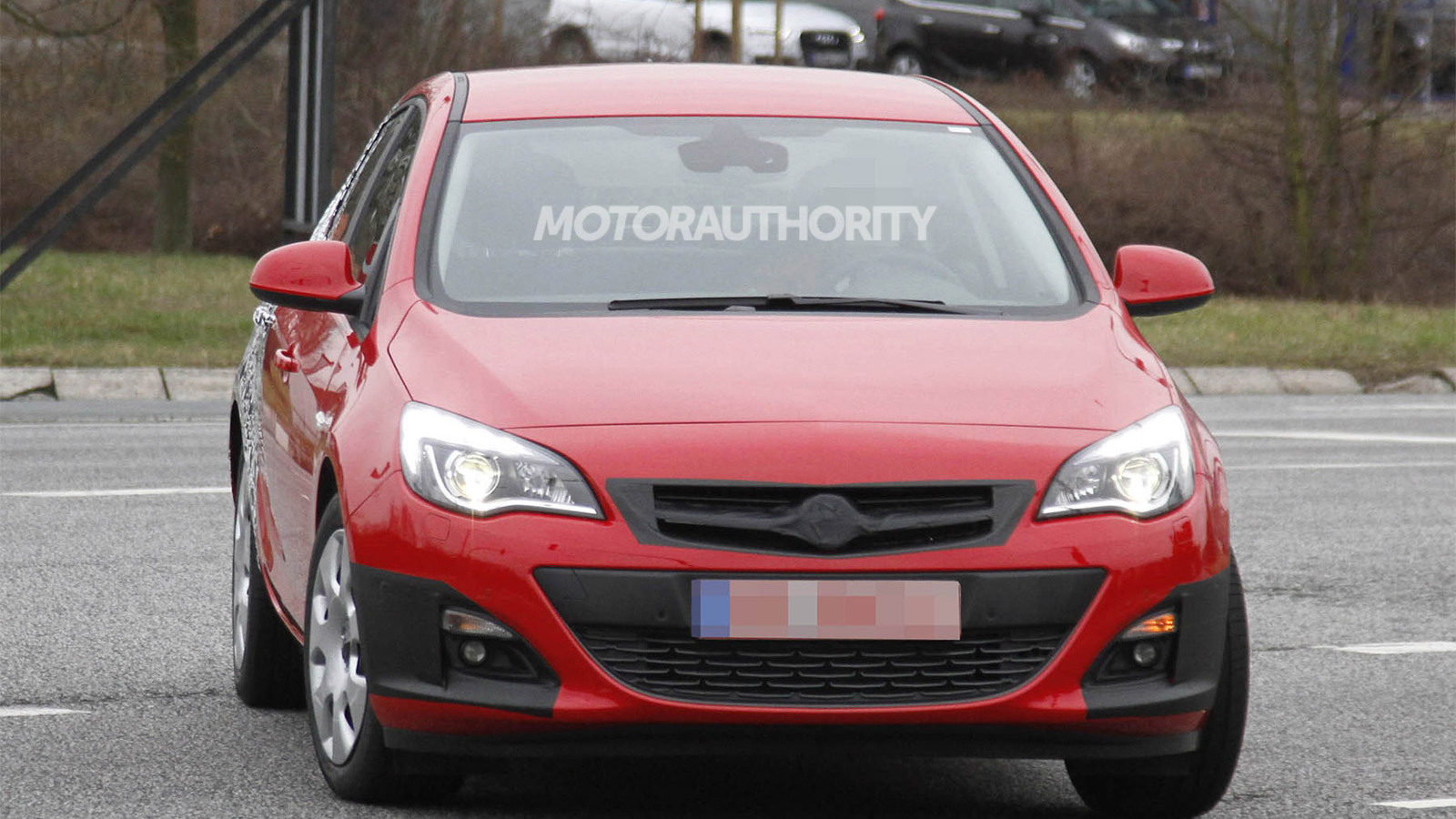 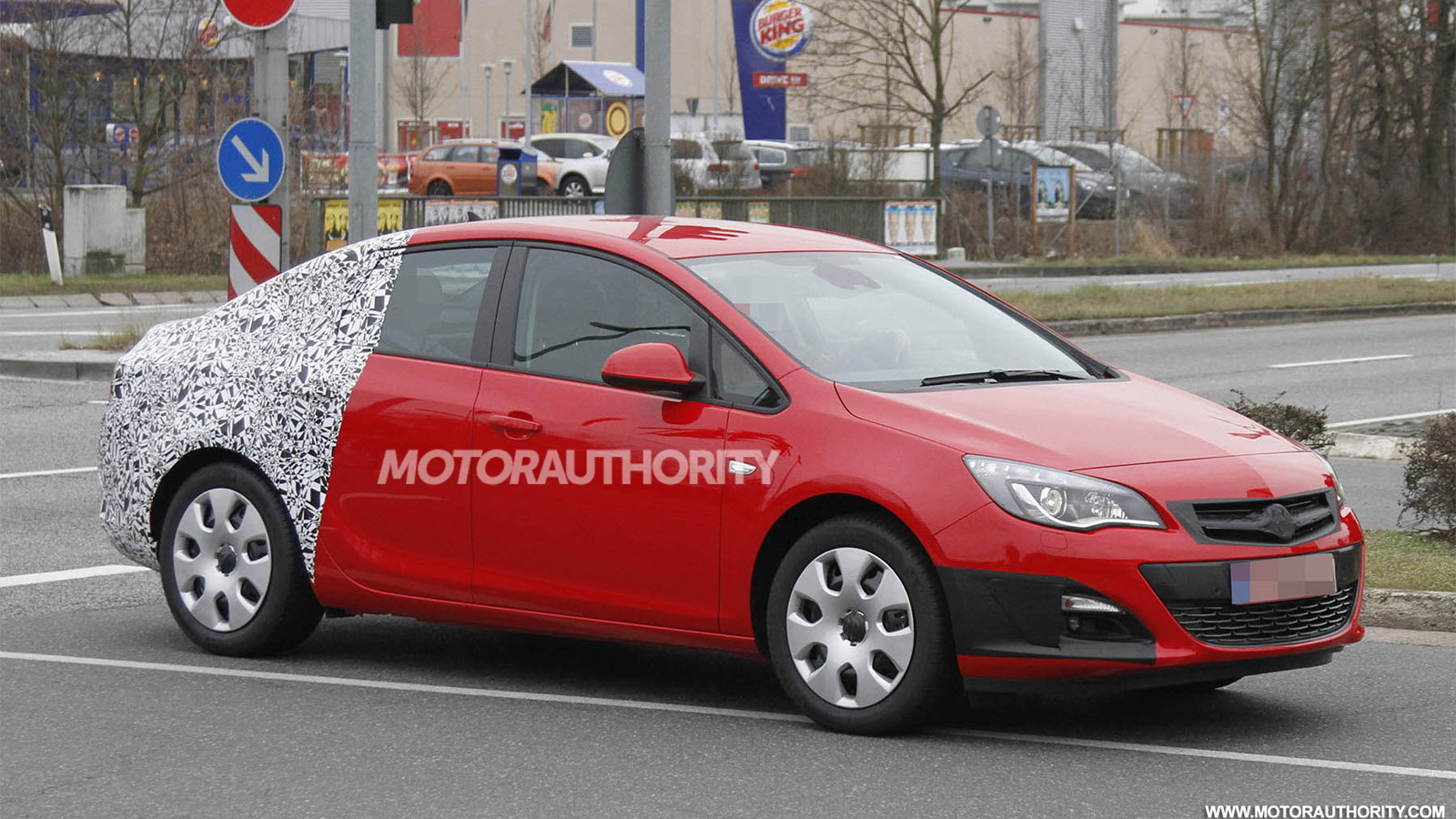 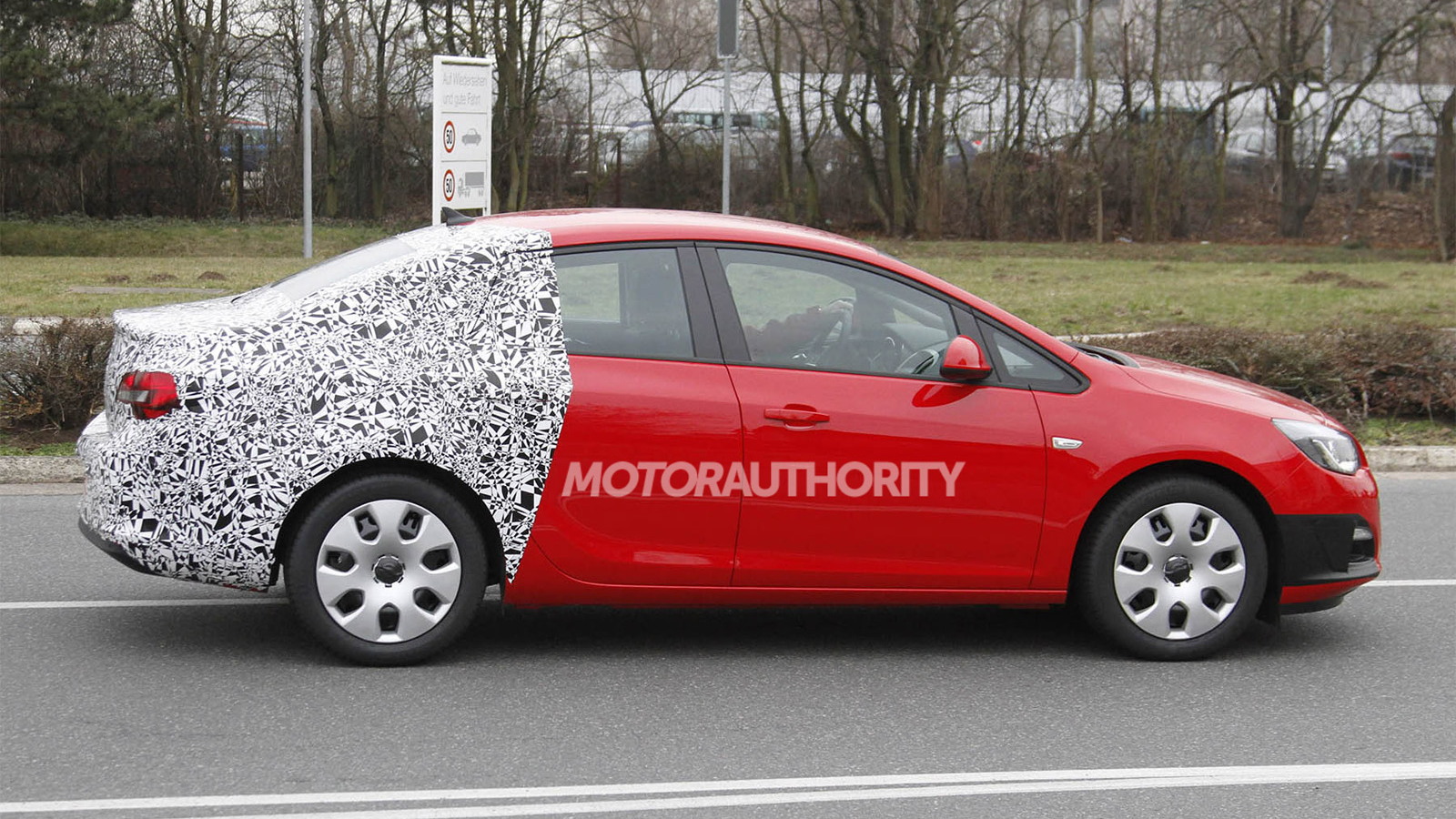 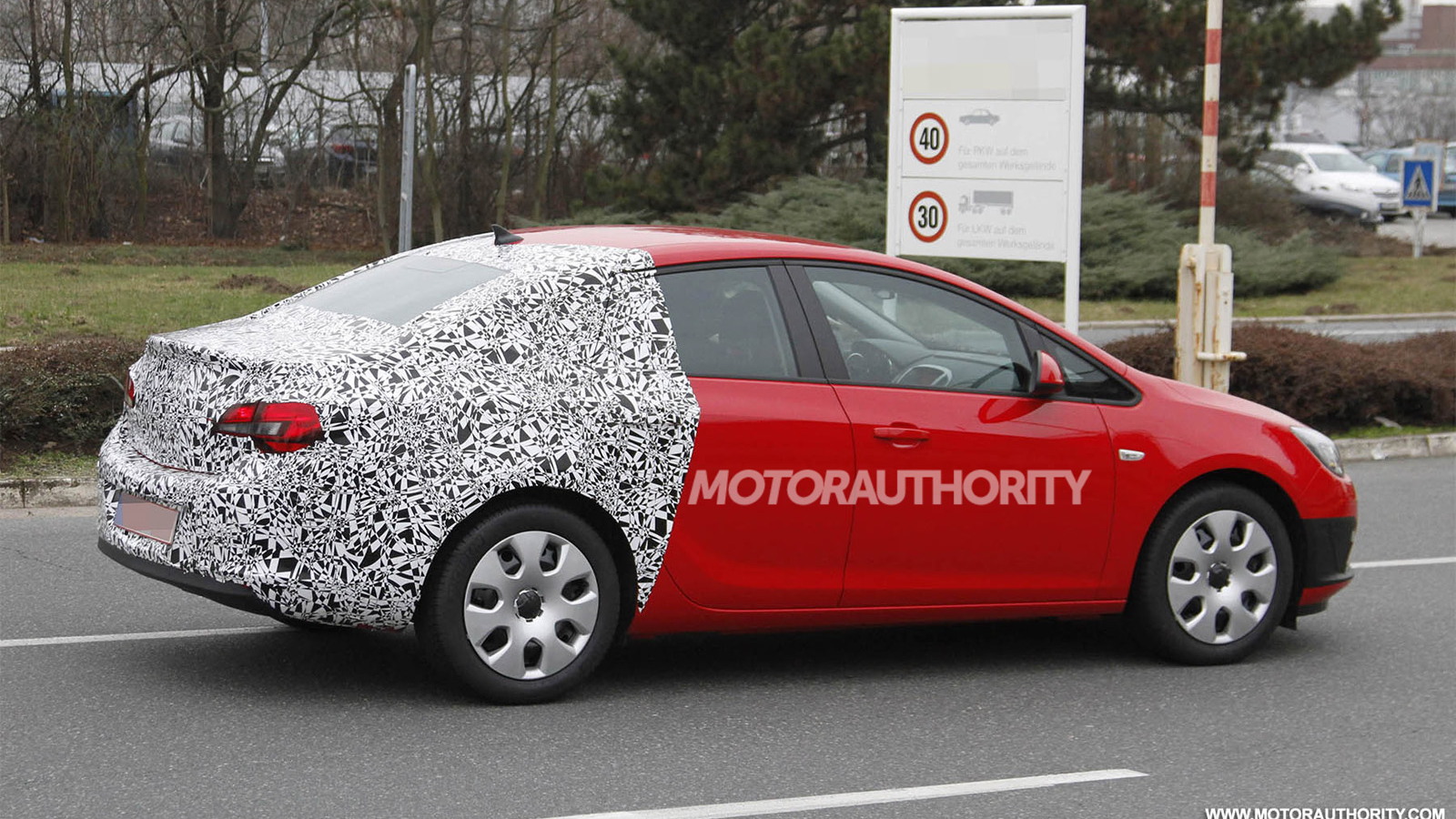 8
photos
Despite its recent financial doldrums and oversupply issues, Opel, the European arm of General Motors, is continuing the development of new models like this sedan version of the Astra hatchback.

Spotted testing in Germany, the Astra Sedan prototype appears almost complete and should be hitting showrooms in Europe in the first half of next year.

Despite some Opel models being sold under the Buick label recently, it’s unlikely that the latest Astra Sedan will be sold in the U.S. as it’s too close to the Buick Verano and Chevrolet Cruze with which it shares its platform.

It’s unclear if Vauxhall, the UK’s version of Opel, will offer the Astra Sedan through its showrooms.

Note, the prototype seen here also wears the facelifted front that the Astra range will adopt next year. Key amongst the changes for the exterior include updated headlights and a new bumper and grille.

As for the engine lineup, look for the units from the Astra hatch to carry over largely unchanged. This means a choice of eight different engines, either diesel or gasoline, mated to a six-speed manual or automatic transmission. The gasoline engines output between 100 and 180 horsepower, while the diesels deliver between 95 and 160 horsepower. We don’t suspect that a sporty OPC version complete with 280 horsepower will be launched for the Astra Sedan.

A new convertible version of the Astra, or Cabrio as it's likely to be called, is also in the works and should be on sale next year as well. Prototypes for this Astra Cabrio were also spotted in Germany recently.

Look out for the debut of the 2013 Opel Astra Sedan, as well as the rest of the facelifted Astra range, at the 2012 Paris Auto Show in September.