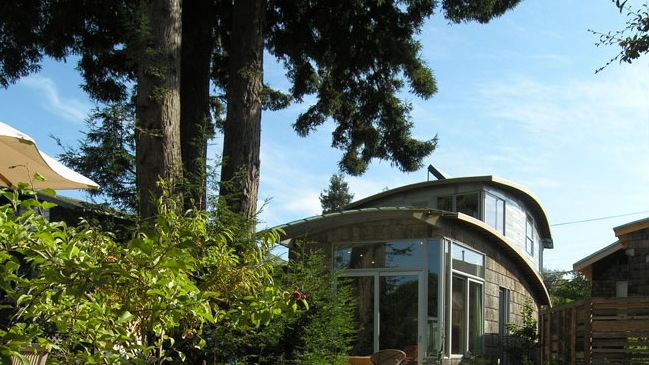 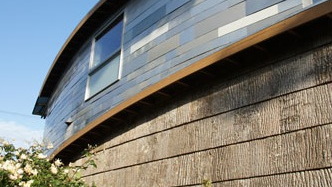 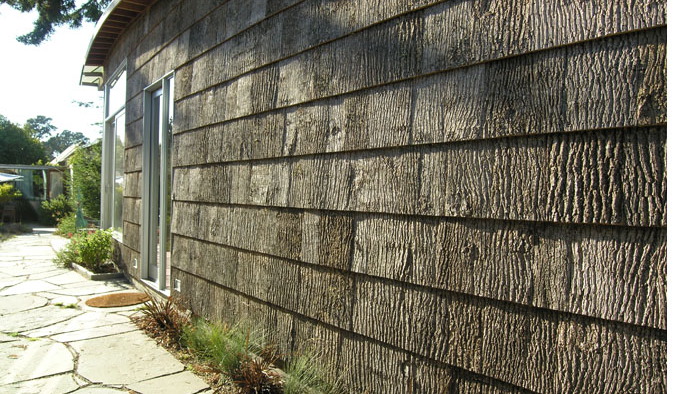 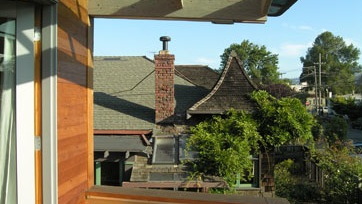 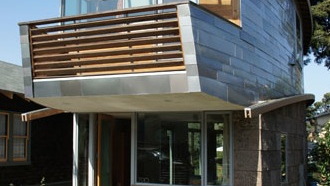 5
photos
Despite the push for completely recyclable automobiles, the truth remains that most used-up cars live out their days in a scrapyard, baked by the sun, until their carcasses are picked clean of usable parts.

Then, their rusted metal remains are dropped into a crusher, where hydraulic rams condense what was once someone’s pride-and-joy into a smelter-bound cube of crumpled metal. For those of use who respect the automobile, it’s a painful process to witness.

What if your car, and dozens like it, could be repurposed at end of life to suit another need? Since car finishes and windows are designed to withstand the elements, wouldn’t they be a good choice for architectural materials?

As Gizmag reports, one Berkeley, California architecture firm had exactly the same thought, using automotive sheet metal and side windows in the construction of Berkeley’s McGee house.

Designed by Cate Leger and Karl Wanaselja, the husband and wife pair behind Leger Wanaselja Architecture, the McGee house uses gray metal siding, cut from salvaged car roofs, for its second floor. Over 100 vehicles, all a differing shade of gray, went topless to provide the second floor siding.

While it may sound tacky, it actually looks quite good, thanks in part to careful panel placement. Gizmag says it looks like slate, and we’re inclined to agree with them.

Awnings for the McGee house were made from Dodge Caravan side windows, which are apparently in abundant supply in scrapyards. The tinted windows offer up a bit of shade, even on the sunniest of northern California afternoons.

As you’d imagine, the rest of the house is built from environmentally friendly materials. First floor siding is made from Poplar bark, taken from trees cut to make furniture. All  finish wood (like interior trim, stairs, wood siding, deck railings, etc.) is salvaged from local sources, and the house is primarily heated via solar energy.

We don’t expect to see too many copycat designs in the near future, but we salute Leger Wanaselja Architecture for thinking outside the box. If they can find a way to give old, scrapped cars a new life, we’re all for it.