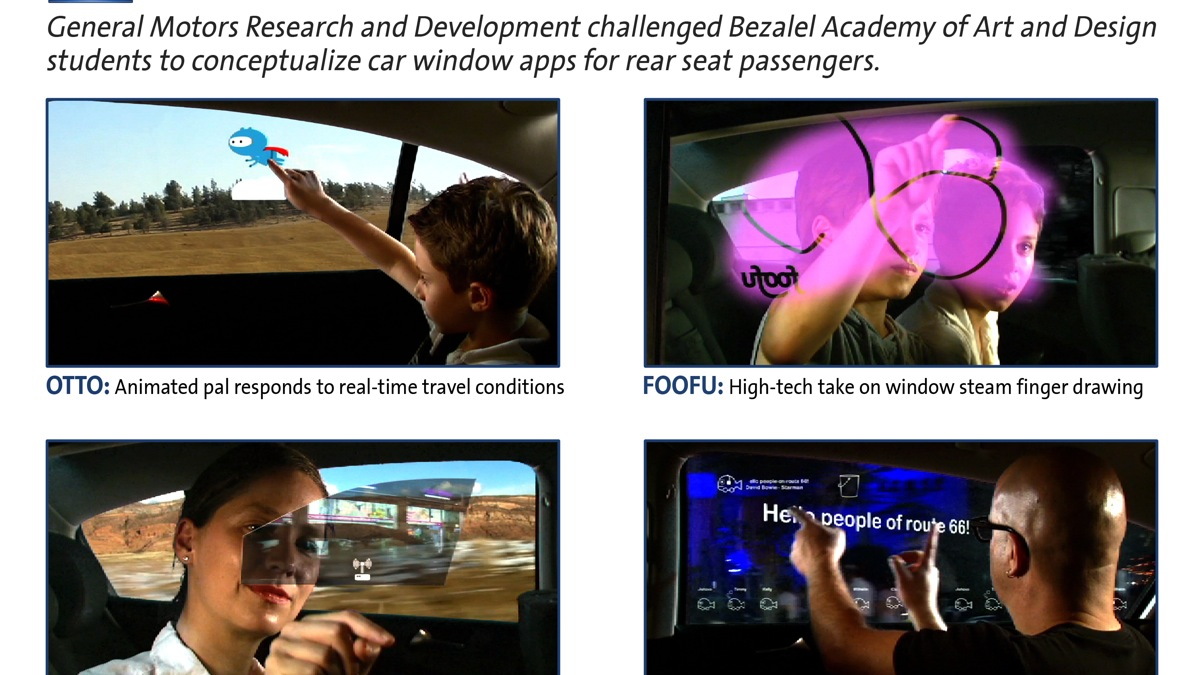 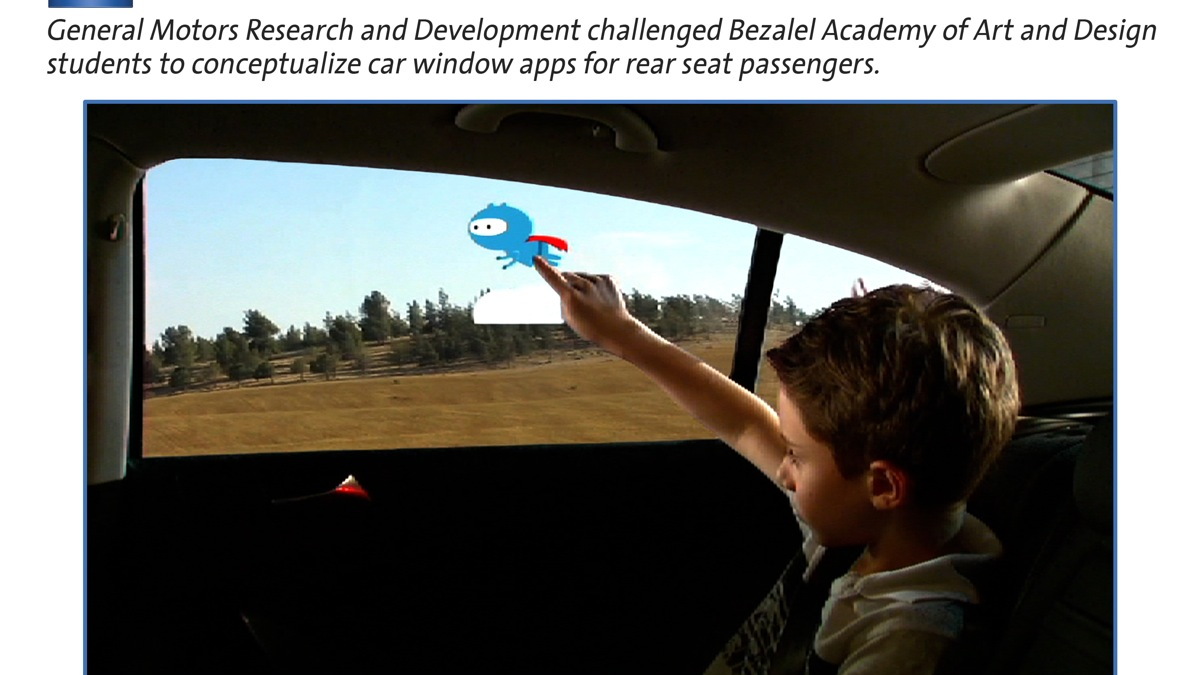 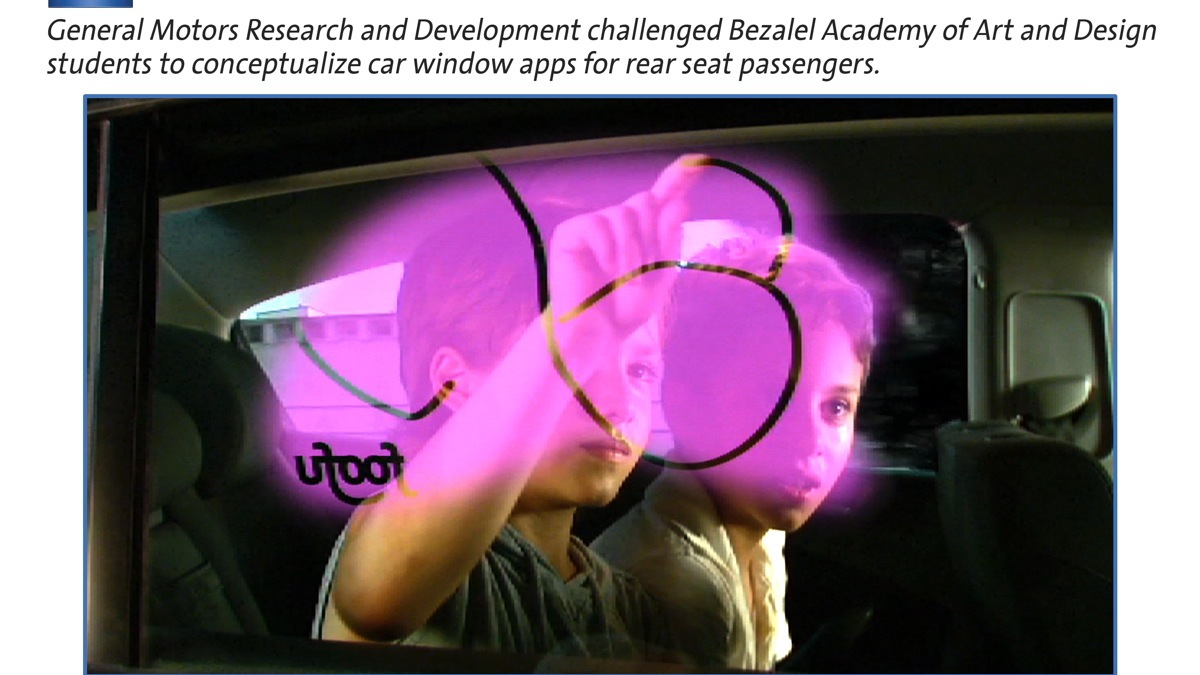 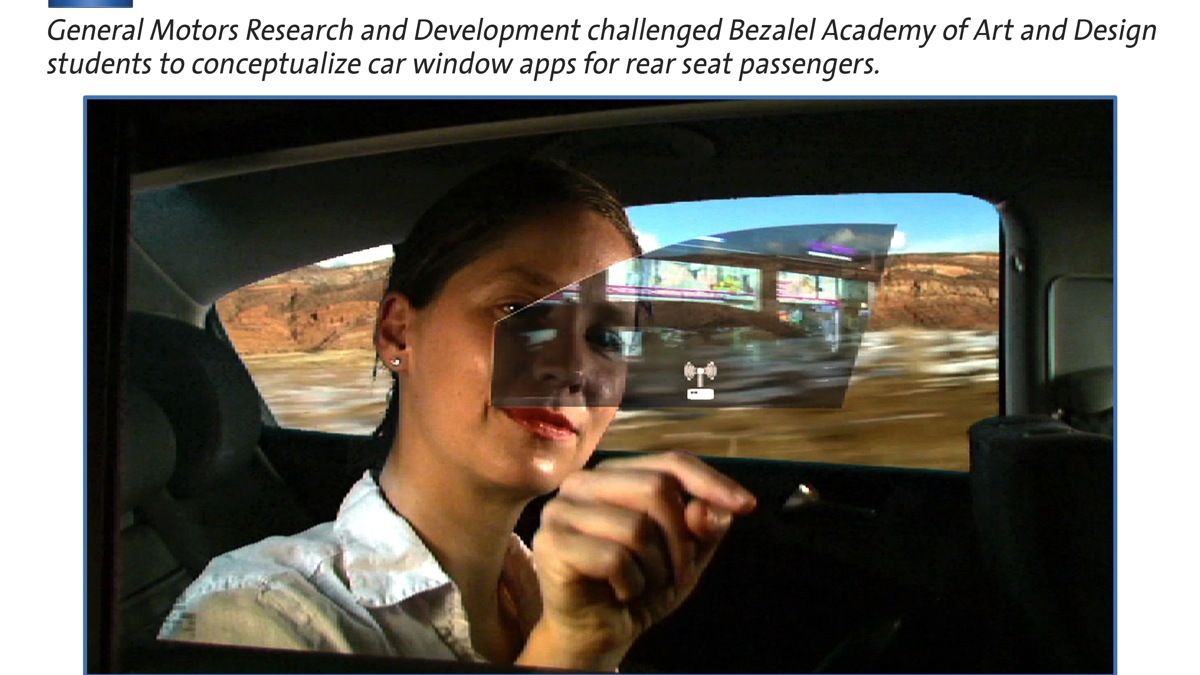 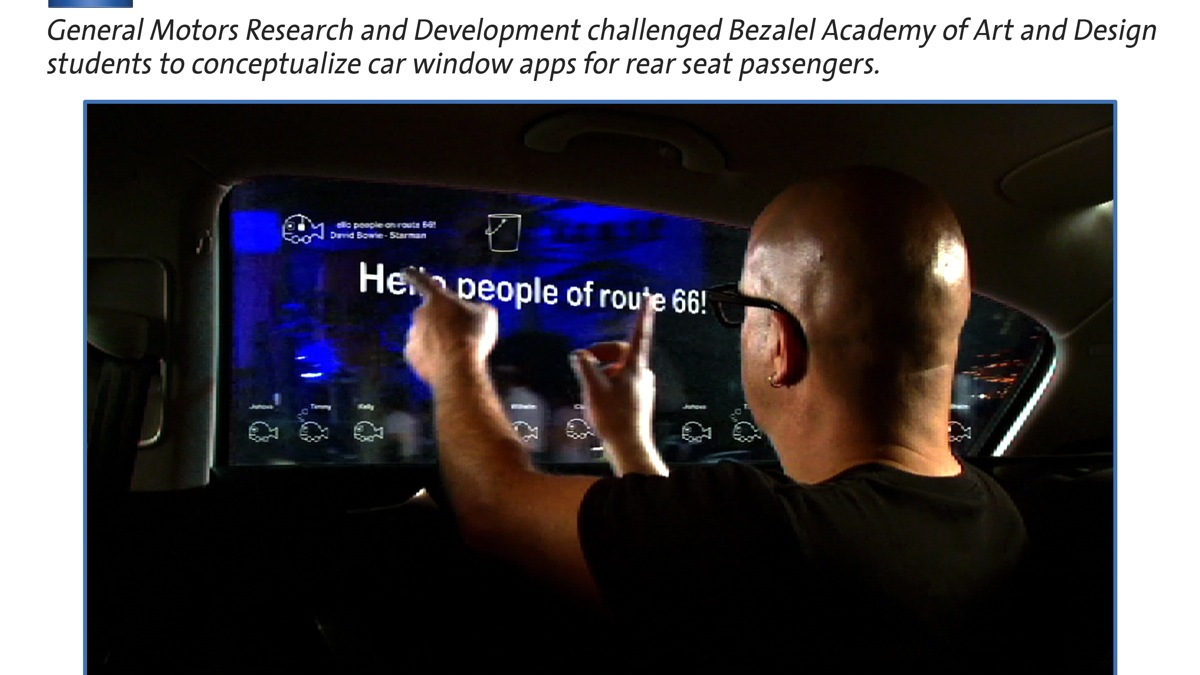 “Otto” is an animated character that responds in real time to changes in vehicle speed, outside weather and even the passing landscape. As the car picks up speed, Otto does too, and as the environment outside the vehicle changes, so do the graphics in Otto’s world.

“Foofu” is best described as “virtual window steam,” which allows rear seat passengers to draw in a colored cloud with their fingertips.

“Spindow” allows users to change to “virtual scenery” by selecting views from other cars, in real time, from all around the world.

It’s worth pointing out that WOO was done as a design exercise only, with no regard to the potential cost of implementation. In other words, don’t expect to meet Otto in the back seat of a Malibu any time soon.

So why go to the trouble of designing such a system? In the words of Omer Tsimhoni, lab group manager for human-machine interface at GM’s Advanced Technical Center in Israel, “Working with designers and scholars from outside of the automotive industry brings fresh perspective to vehicle technology development.”

We get that, but we’d like to point out that it’s already 2012, and we’re still waiting on the flying cars that science promised a few decades back.