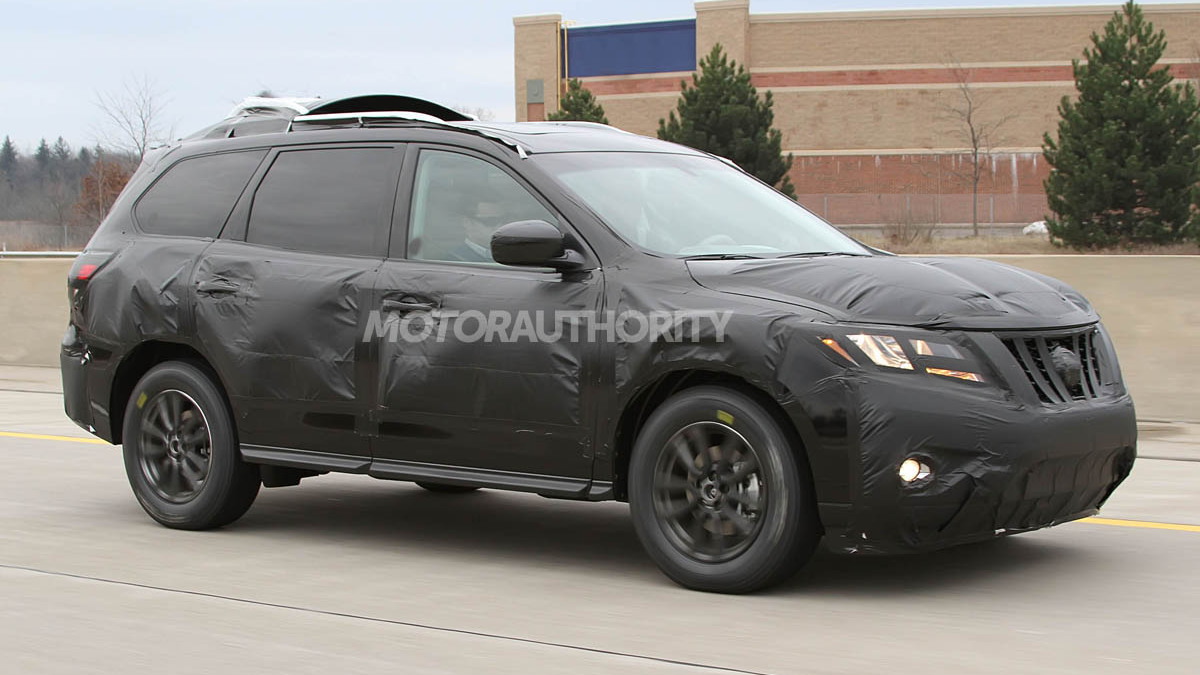 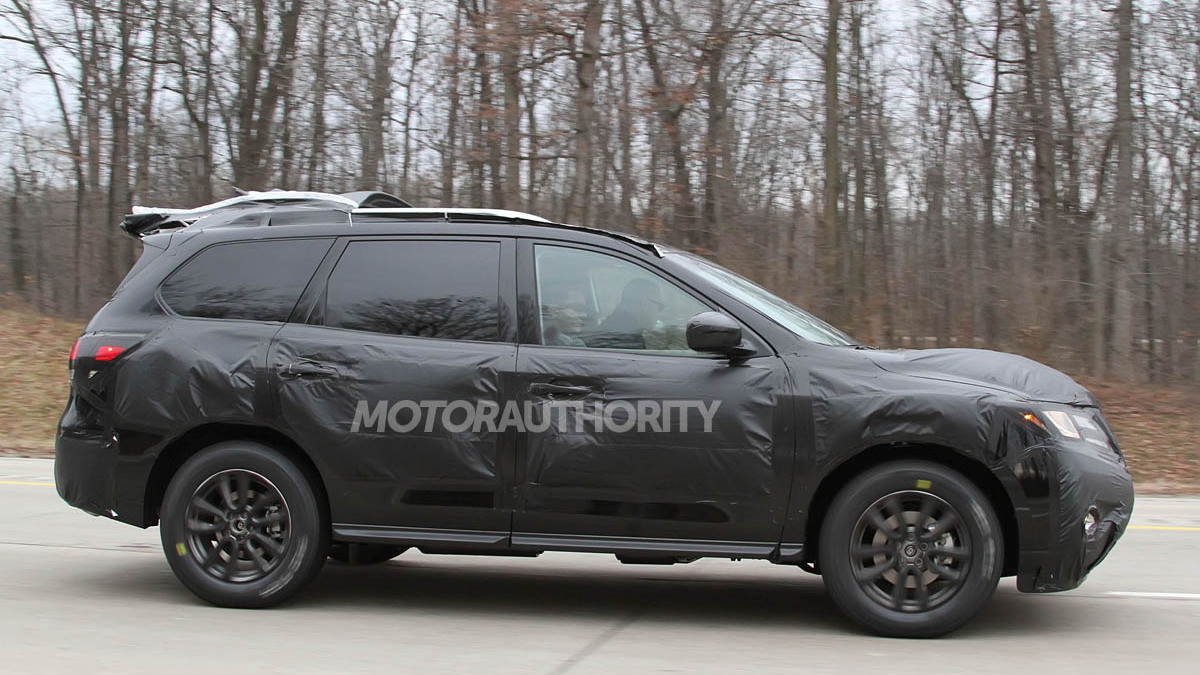 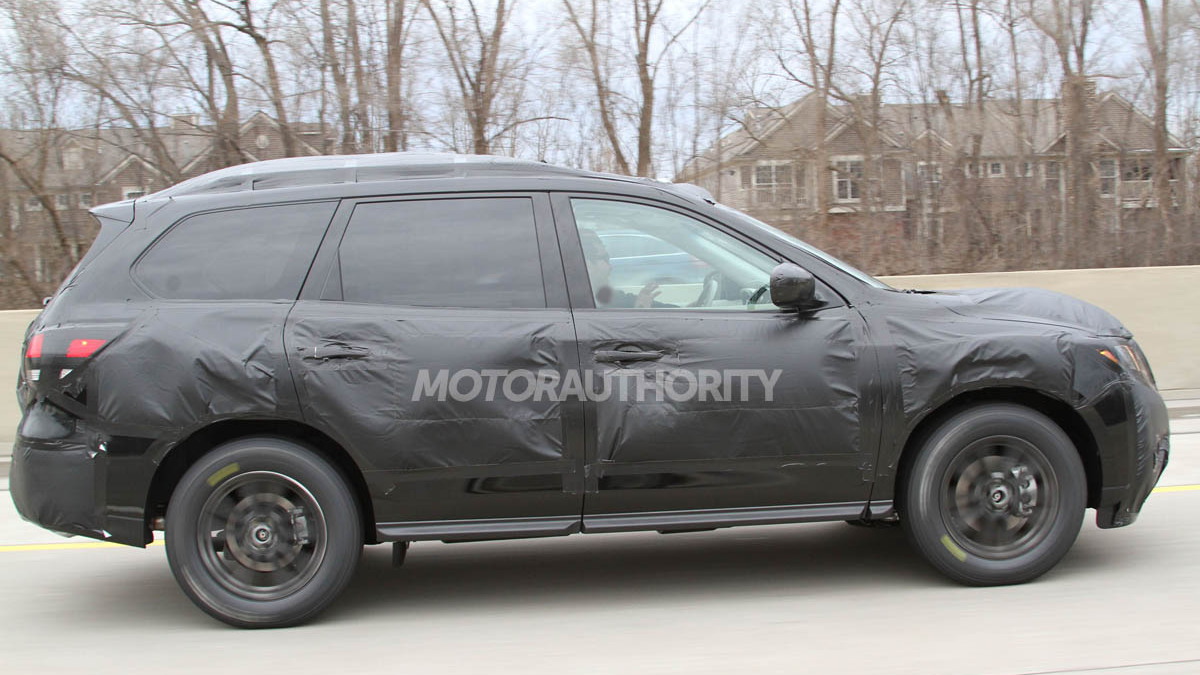 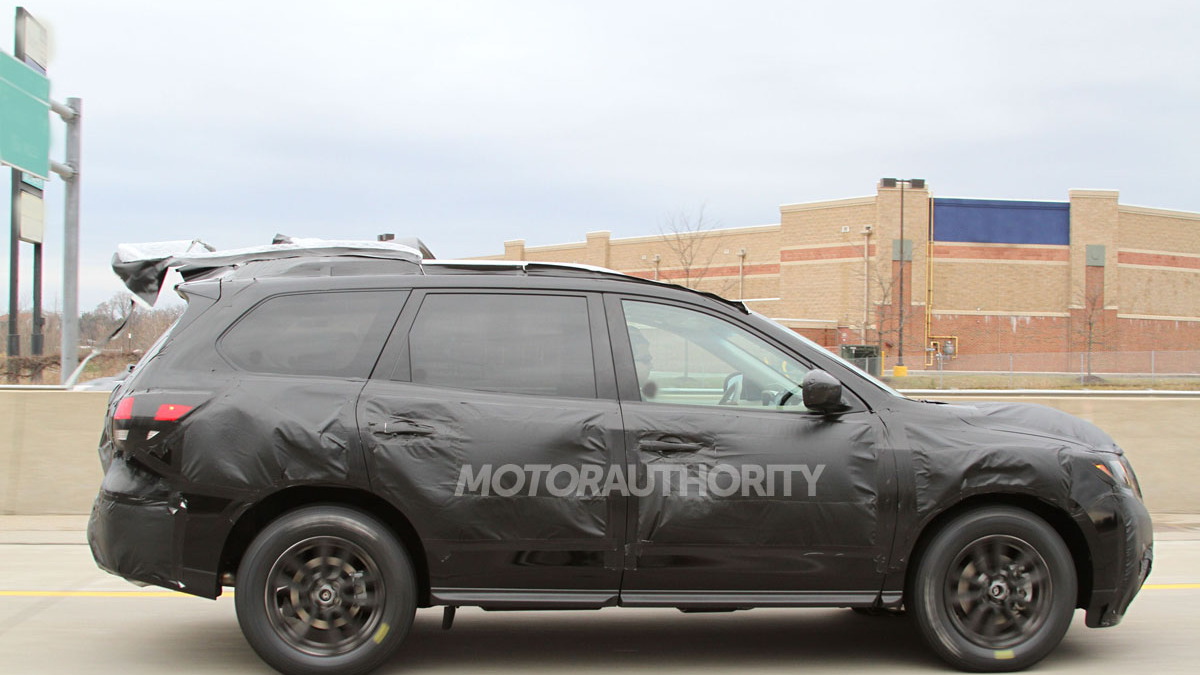 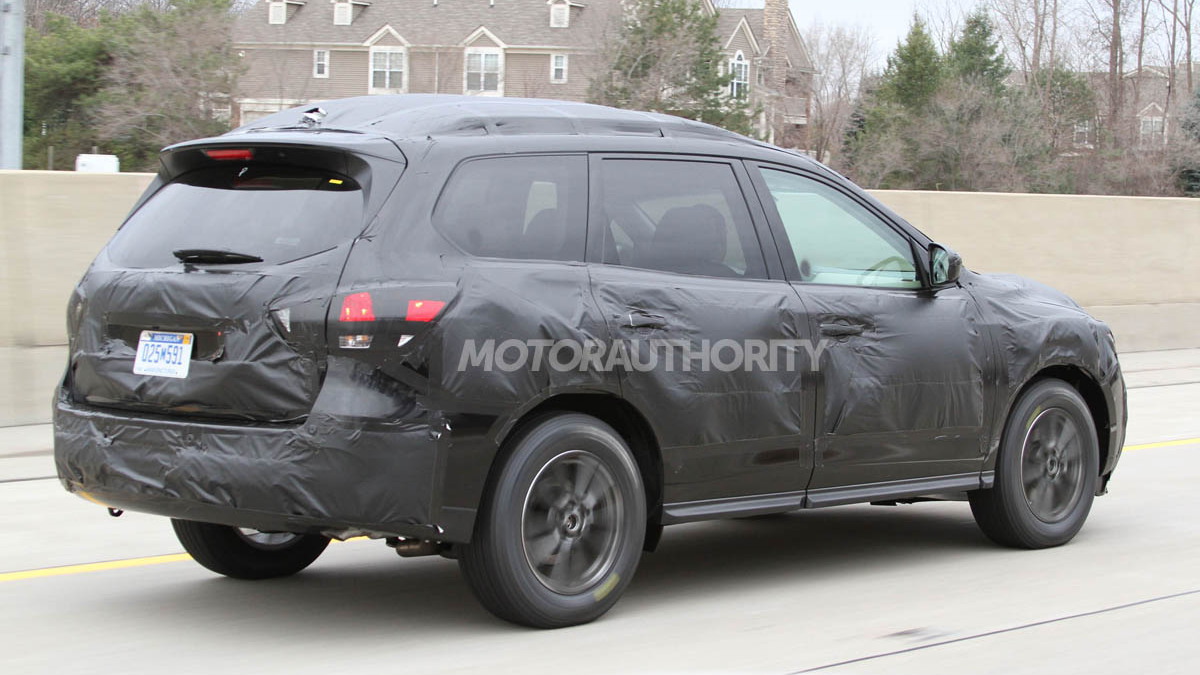 7
photos
The 2013 Nissan Pathfinder Concept is not even out yet--it was just announced for a Detroit Auto Show debut today--and already our spies have caught it testing on U.S. roads. It's still heavily disguised, but we can derive a few details from the shots.

First of all is its decidedly more car-like stance, being a crossover instead of a truck-based SUV. The previous model was based on the F-Alpha platform that also underpinned the Frontier, Xterra, and Titan-family vehicles. The 2013 Pathfinder, however, is using the FF-L platform, a front-engine/front-drive platform used on the Infiniti JX, Altima, Murano, Maxima, and Quest among others--a fact confirmed by Nissan this morning.

The change should equate to a more road-worthy ride and better handling, though it will likely come at the expense of some off-road worthiness. Styling and proportions of the new Pathfinder are more rugged than the Murano, however, and depending how Nissan chooses to equip the new Pathfinder, it could retain a greater degree of soft-road capability as well.

With a concept model due in Detroit in just a few weeks, it won't make its production debut until late 2012 as a 2013 model.

Powertrains, features, and capabilities haven't yet solidified, but with the Infiniti JX powered by a 328-horsepower 3.7-liter V-6 engine, it's possible the same unit will be available in a top-end model of the Pathfinder as well--though possibly downrated in power somewhat. Another potential, perhaps more realistic, engine candidate is the 260-horsepower 3.5-liter V-6 found in the Murano and Quest. Whichever engine Nissan chooses, a CVT transmission is likely to be standard.

Stay tuned for more updates on the 2013 Nissan Pathfinder as we learn more and it draws nearer to production.