You know the drill here people: It's a Monday, everyone's least favorite day of the week.

Actually, we don't mind Mondays that much as it's a perfect excuse for us to find something that makes the day a little bit more fun, and this week we've dug up five iPhone apps for the ardent Volkswagen fan.

Turns out the Apple App Store is littered with VW-themed apps so we've tested a bunch, all available for free, that can keep you occupied on your lunch breaks throughout the week.

You'll have to bear with us on this one, as the whole app seems to be in Spanish. The description on iTunes claims other languages are available, but it doesn't seem too difficult to work out.

Step one, for some reason, is to draw a big "i" on a piece of paper (or type in "i" into Google images and hover your iPhone camera over it). A Beetle then appears which you can spin around and zoom in and out of. You can also choose from a few different colors and wheel options.

With the camera still active you can then take a photo of your virtual Beetle in a real scenario - a nice use of augmented reality. We were inside a room when we tested the app so had to settle for a photo of a street we found on the internet.

Overall it's a fun - if rather limited - app and if you've not yet put your name down on a 2012 Volkswagen Beetle, it's a good way of seeing what one will look like on your driveway... 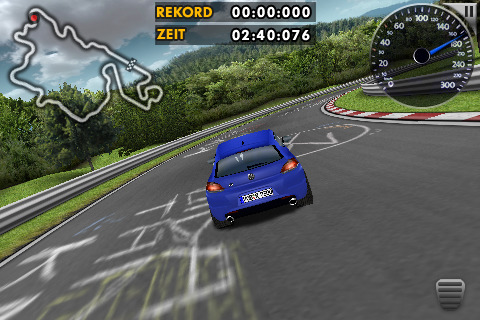 The Volkswagen Scirocco is something of a "forbidden fruit". It may not be available in the U.S. but at least we can race one virtually around a circuit.

It's an official Volkswagen app so the presentation is great and the car is a good likeness of the actual 260-horsepower Scirocco R. The circuit you race around resembles the Nurburgring Nordschleife in Germany with dozens of twists and turns, making it quite a challenge.

The handling is fun, with steering handled by the iPhone's accelerometer (tilt the phone to steer), and gas and brakes controlled by pressing your thumbs on the screen. For a free game, the graphics are great. Well worth a download - just don't hold your breath for the real Scirocco... 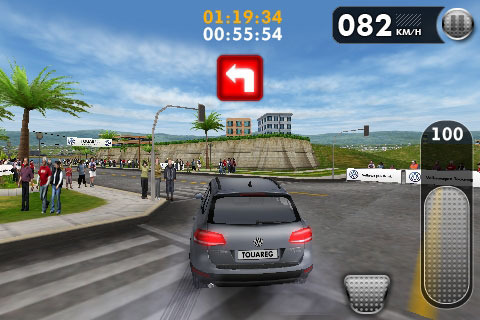 Another official VW app, the Touareg challenge is quite similar to Scirocco Challenge - the car itself excepted, of course. This time you're tackling rally courses in increasingly poor conditions and surfaces.

The first few stages are asphalt in sunny weather, then you get to tackle gravel stages, and by the end you're rallying your Touareg around a particularly twisty stage in the pouring rain during a thunderstorm.

There are two Touaregs to choose from - the V6 TDI diesel, and the Hybrid. The latter is part of an economy challenge, where the aim is to reach the finishing post in a set time, while using as little fuel as possible. We found the best technique was to be very un-green for most of the course and then go easy for the last few corners. Perhaps not the most economical way to commute! 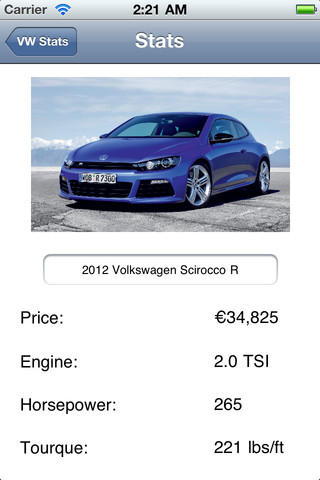 Simple, informative app this one. It's nothing special but if you're in the market for a new VW and you need information on the go, then it does the job.

The app lists specs and prices for each VW on sale today, whether in the U.S. (with prices in dollars) or Europe (prices in Euros). Specs listed are for the basic model in each range only, so it's not the most useful if you want to buy a more expensive model in the range - but it's informative nonetheless. 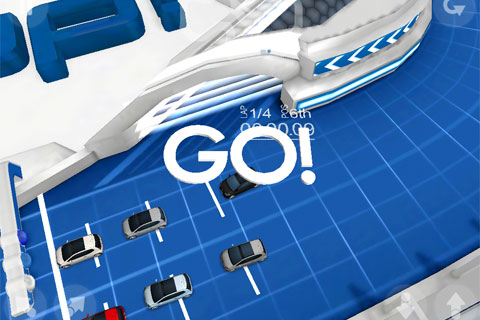 Volkswagen up! Challenge app for iPhone

What's this, another official VW game? Well, yes, but it's quite different from the Touareg and Scirocco apps. Instead of a 3rd-person view racer, the up! Challenge is more like the old Micro Machines game, with a top-down view.

You'll be racing the new up! across different circuits set in a utopia-style city, albeit one of Volkswagen's vision, where everything is white and blue. There's actually quite a good sense of speed and the cars are easy to control with your right thumb handling gas and brakes, and your left thumb commanding the steering.

There's quite a cool vibe to the game which suits the iPhone's style and it should be easy to pick up even for those who don't consider themselves gearheads. And once again - it's free.