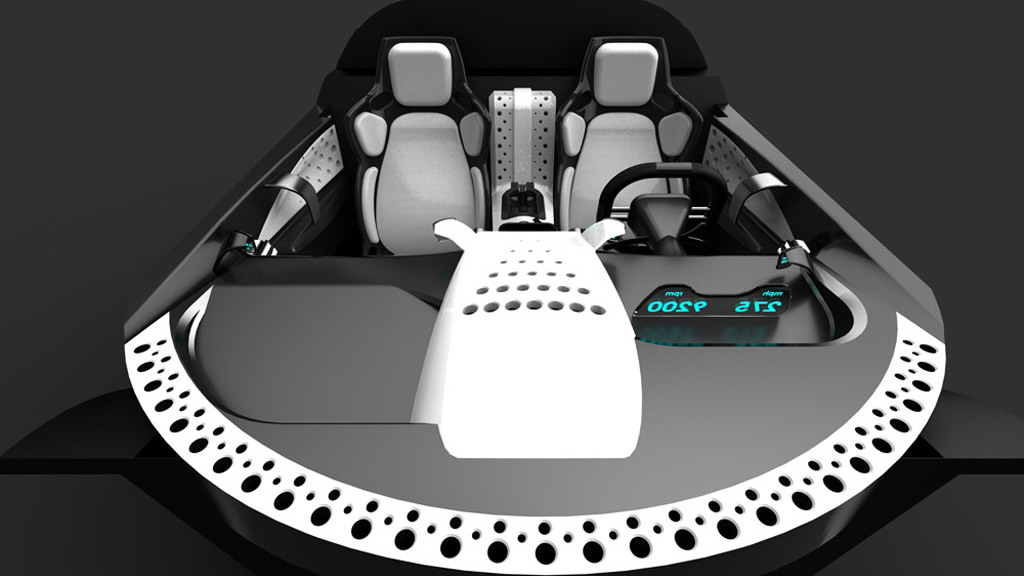 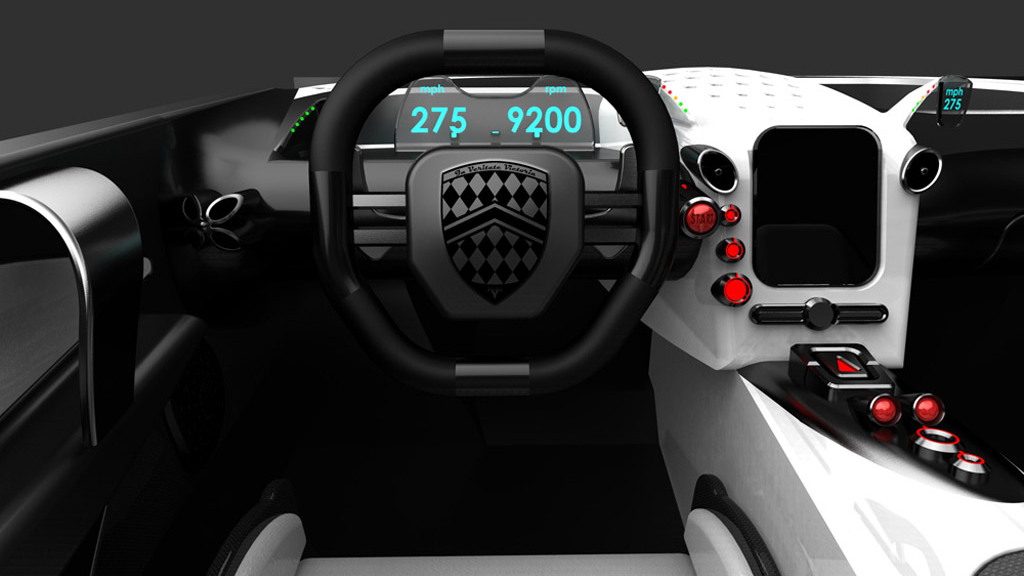 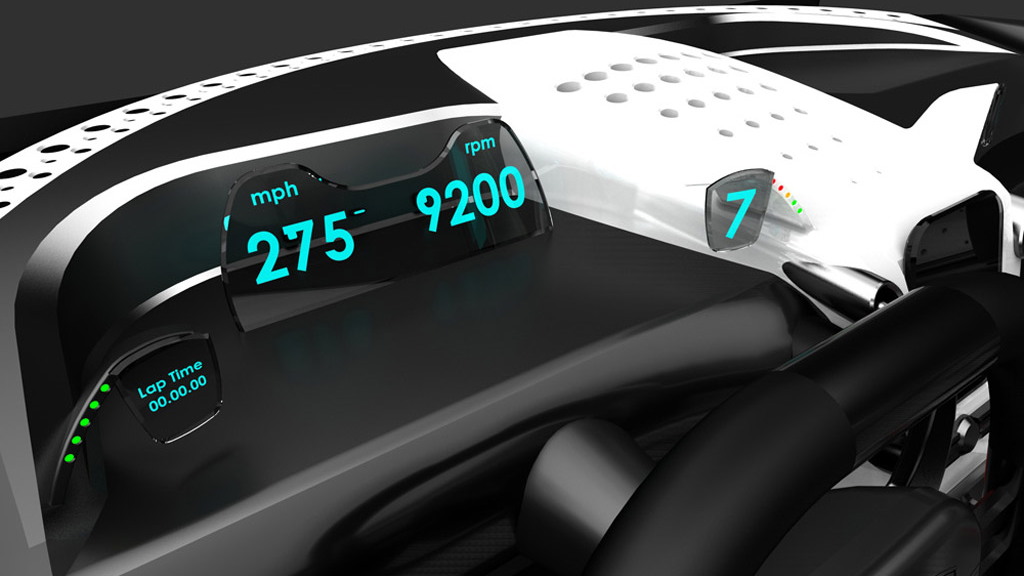 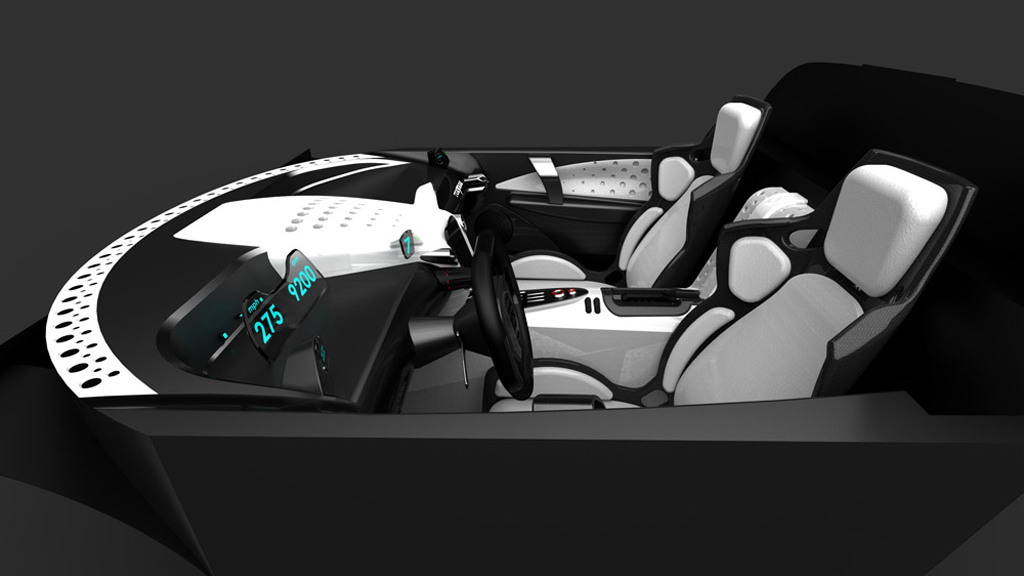 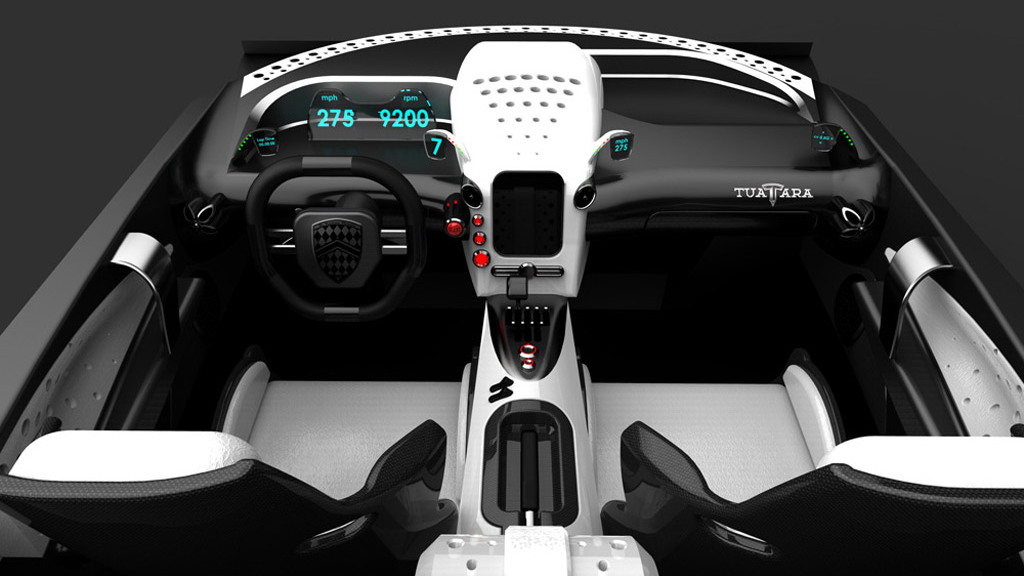 15
photos
Development work on the upcoming SSC Tuatara, America’s answer to the Bugatti Veyron Super Sport, is progressing nicely, with news coming out this month that a suitable production site in Washington state is being sought.

The Tuatara is also one of the star attractions at this week’s 2011 Dubai Motor Show, where fans and potential buyers alike were given the chance to take look at its interior design for the first time. SSC has been kind enough to release its own interior shots as well, revealing a hypermodern design that matches the stunning lines of the Tuatara’s exterior.

According to SSC, the main gauge cluster area is a glass screen lit up by rear projectors and acts like a heads-up display. On the driver's side, two smaller HUD displays are located on each side of the steering column; their design is inspired by the Tuatara's rear winglets. On the right, the HUD displays the current gear of the car, and is flanked by a shift indicator light tree that provides the driver with valuable shift timing information.

One of the coolest features is the seven-speed H-pattern manual gear shift, which mimics the design found in classic exotics and ensures that the Tuatara will be one of the rare few modern supercars to offer a manual option. Of course, if you prefer an automated unit, there will also be a steering column mounted seven-speed paddle shifter.

And in case you were wondering, all those holes on the top of the central console area are inspired by the hole patterns on the Tuatara's exterior body panels, and function as vents that circulate the cabin air. Note, the Tuatara is still in the concept phase, so some of the finer details may be altered by the time production ramps up.

The Tuatara, first revealed over a year ago, will be powered by a bespoke aluminum V-8 displacing 7.0-liters and developing 1,350 horsepower and 1,042 pound-feet of torque thanks to a pair of turbochargers. The engine should willingly rev to 9,200 rpm and is claimed to be capable of propelling the Tuatara from 0-60 mph in just 2.5 seconds and on to a top speed of 275 mph.

The body is fully carbon fiber, and is wrapped around a frame made from a mix of carbon fiber and aluminum. Despite a number of luxury amenities including air conditioning, a 10-speaker premium sound system and 7.5-inch LCD infotainment setup, the final curb weight should be no more than 2,750 pounds.

Note, the Tuatara is still in the concept phase, so some of the finer details may be altered by the time production ramps up.

For our complete coverage on the car, click here.