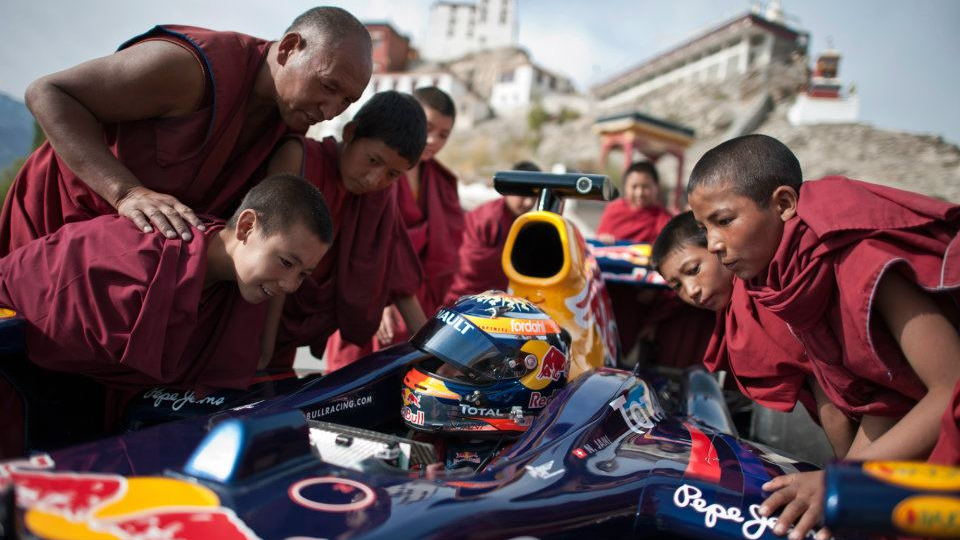 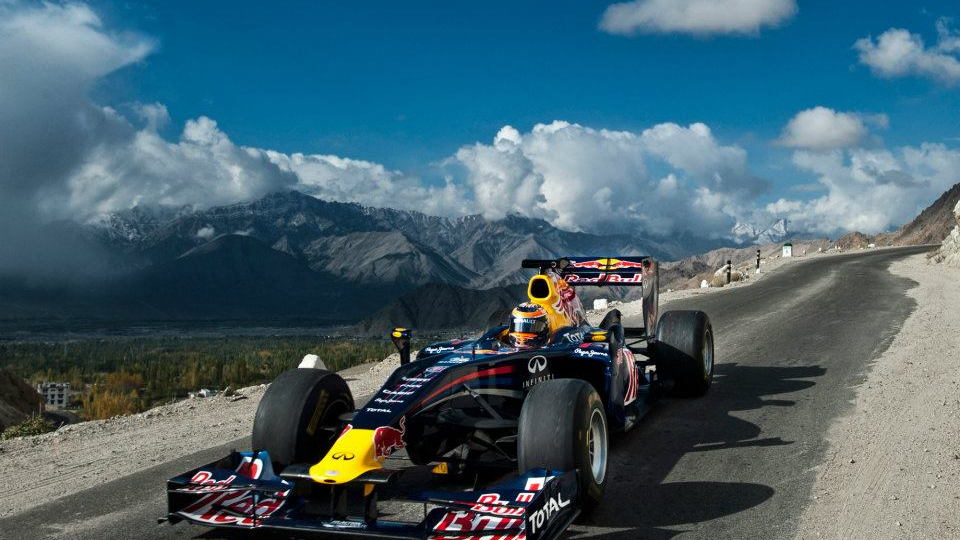 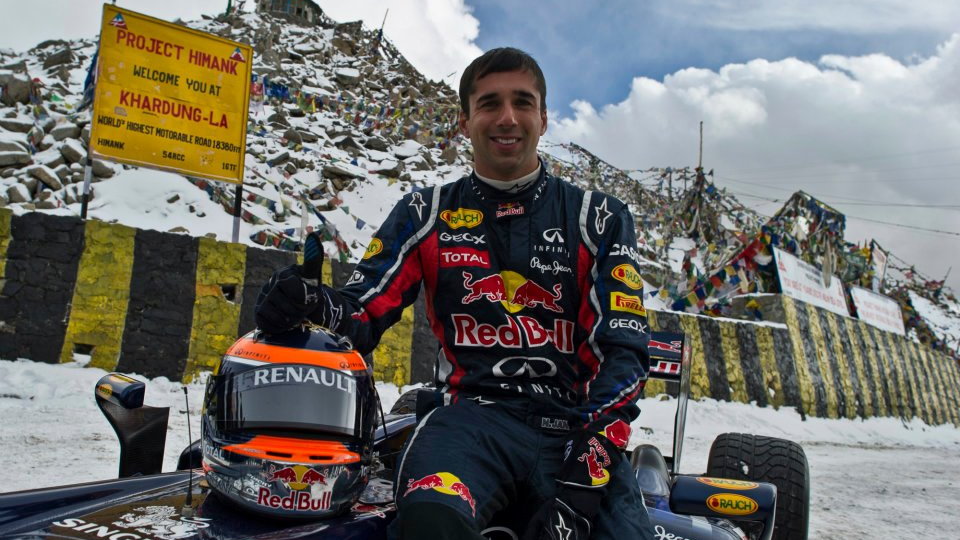 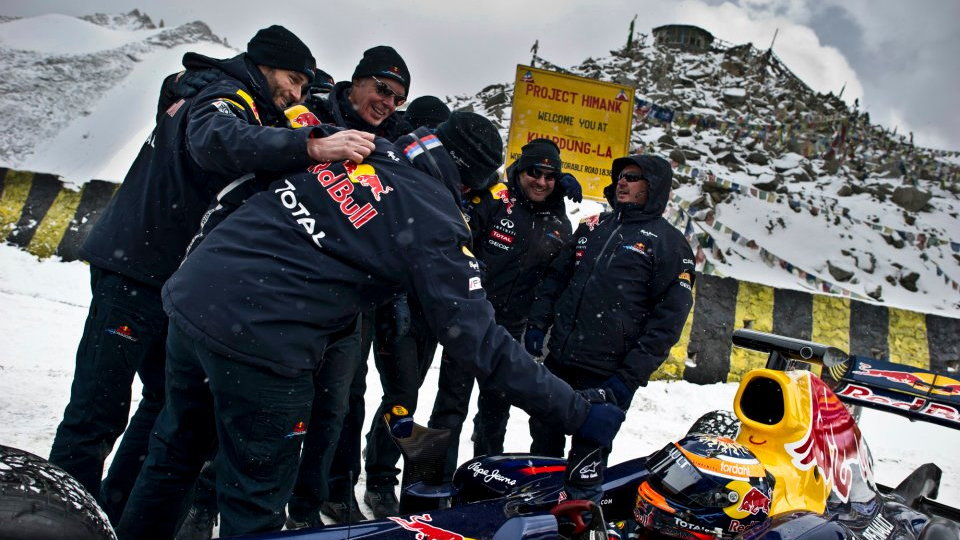 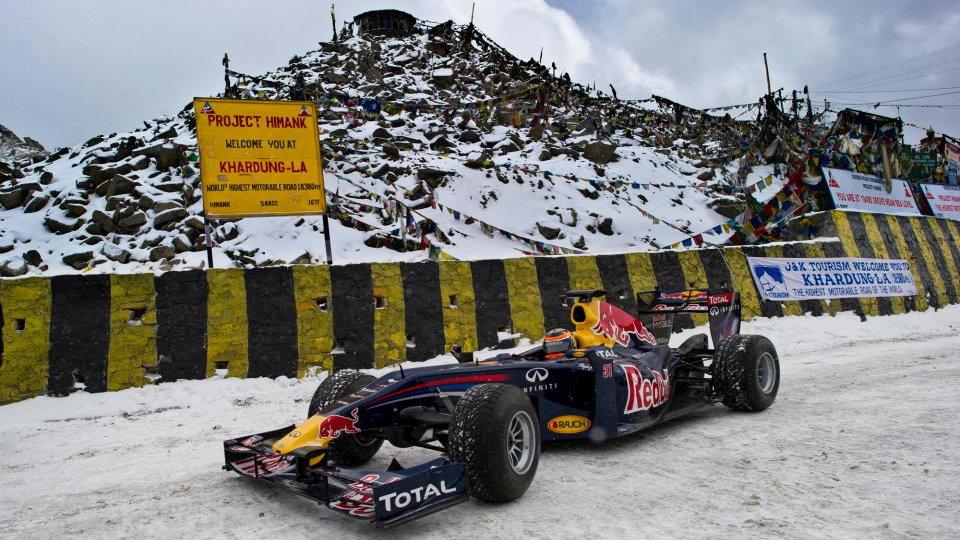 8
photos
As if Red Bull Racing's F1 team hadn't already risen to incredible heights, they've now taken the showcar version of their F1 racer to the top of the world, driving the "world's highest driveable road"--Khardung-La pass in the Himalayas.

At 18,380 feet, it's a wonder the team (and the car) didn't need oxygen assistance, but as the photos show, they all did remarkably well. The driver, Neel Jani, said, “Of all the places I’ve driven around the world, Khardung La has got to be the most humbling. The Himalayas are as imposing as anything in the world and to become a part of history here will be a cherished memory."

There's really no point to the feat, aside from proving it can be done. But that's kind of the same point as F1, so it makes sense. In a way.