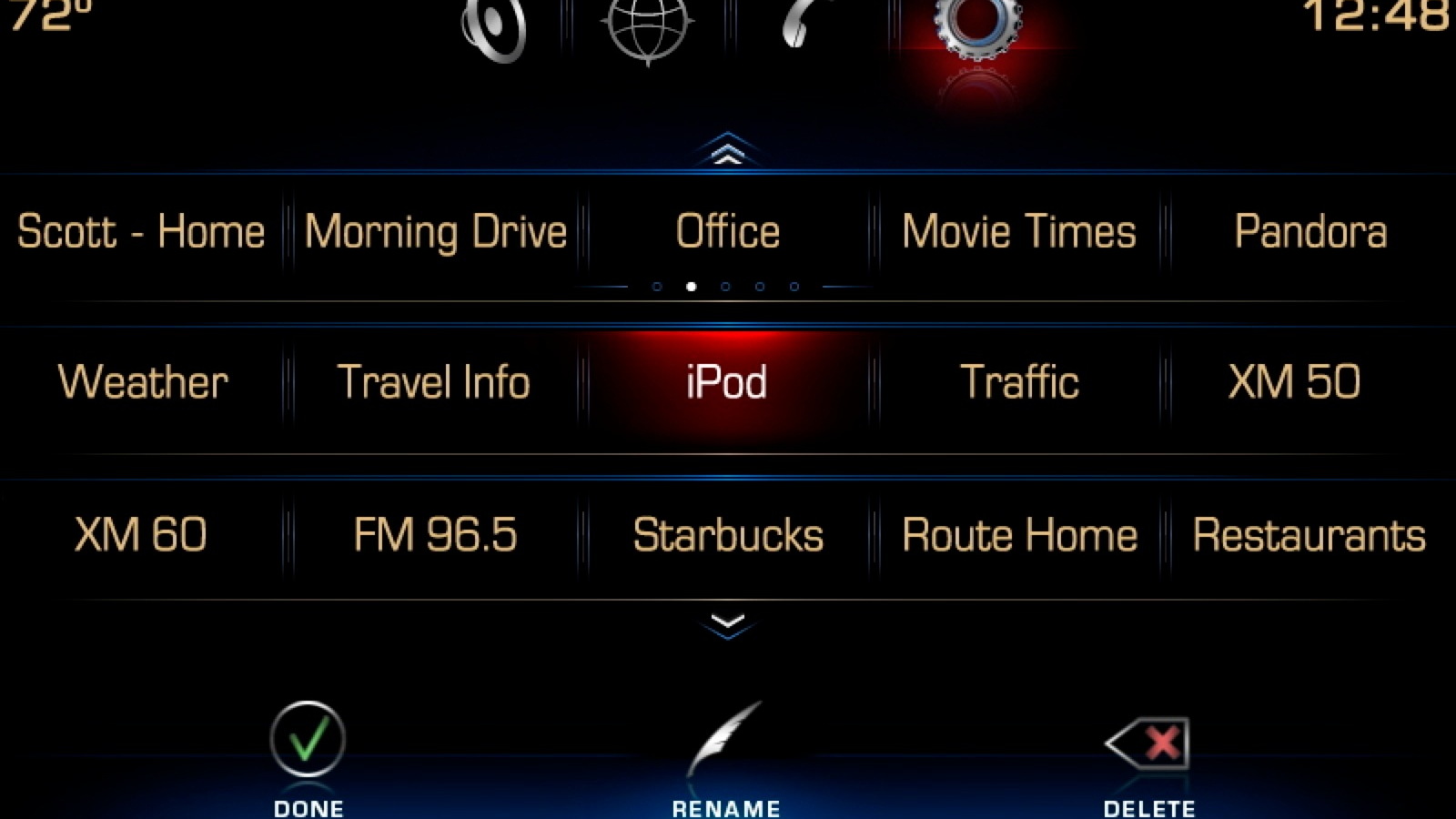 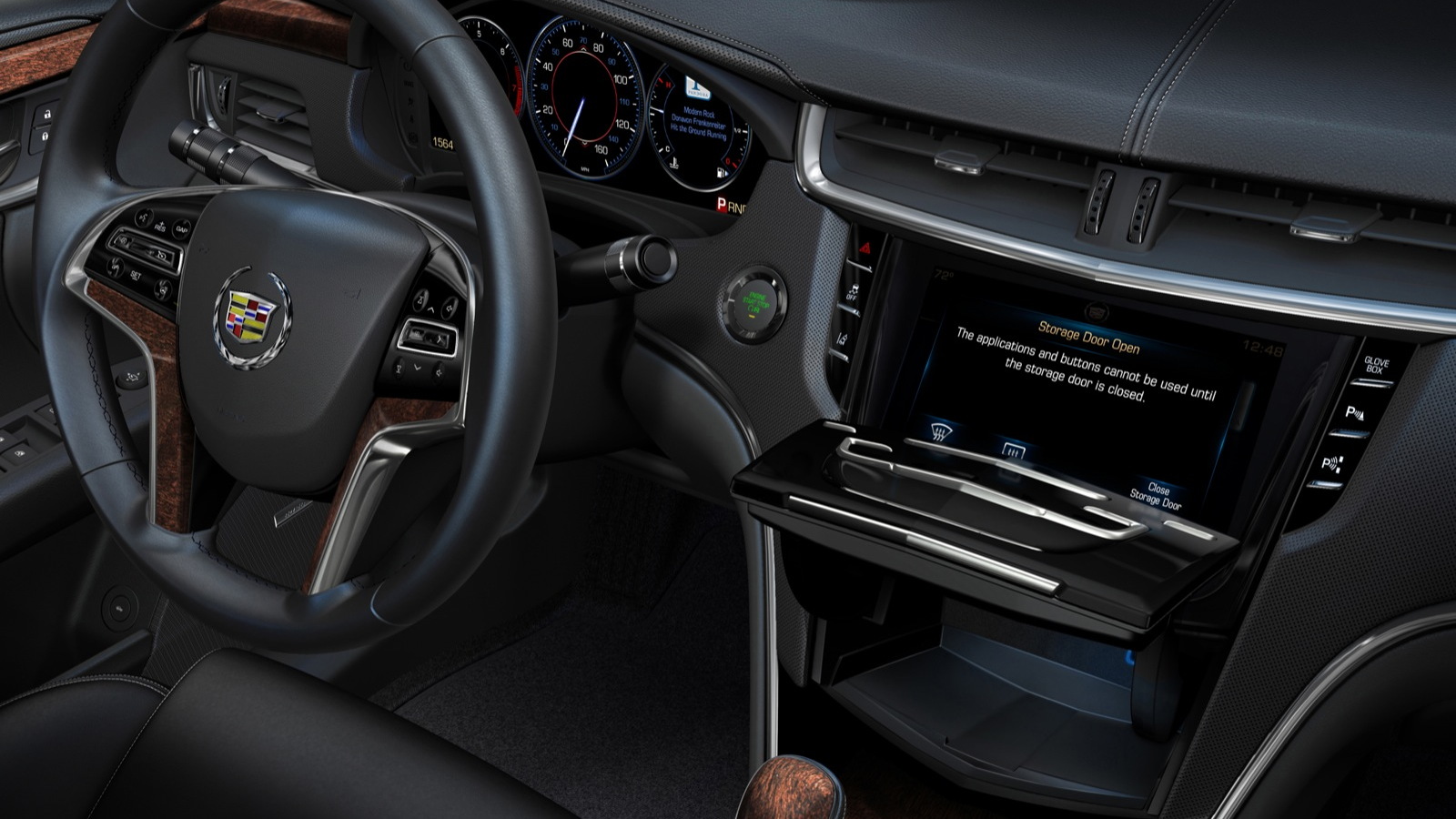 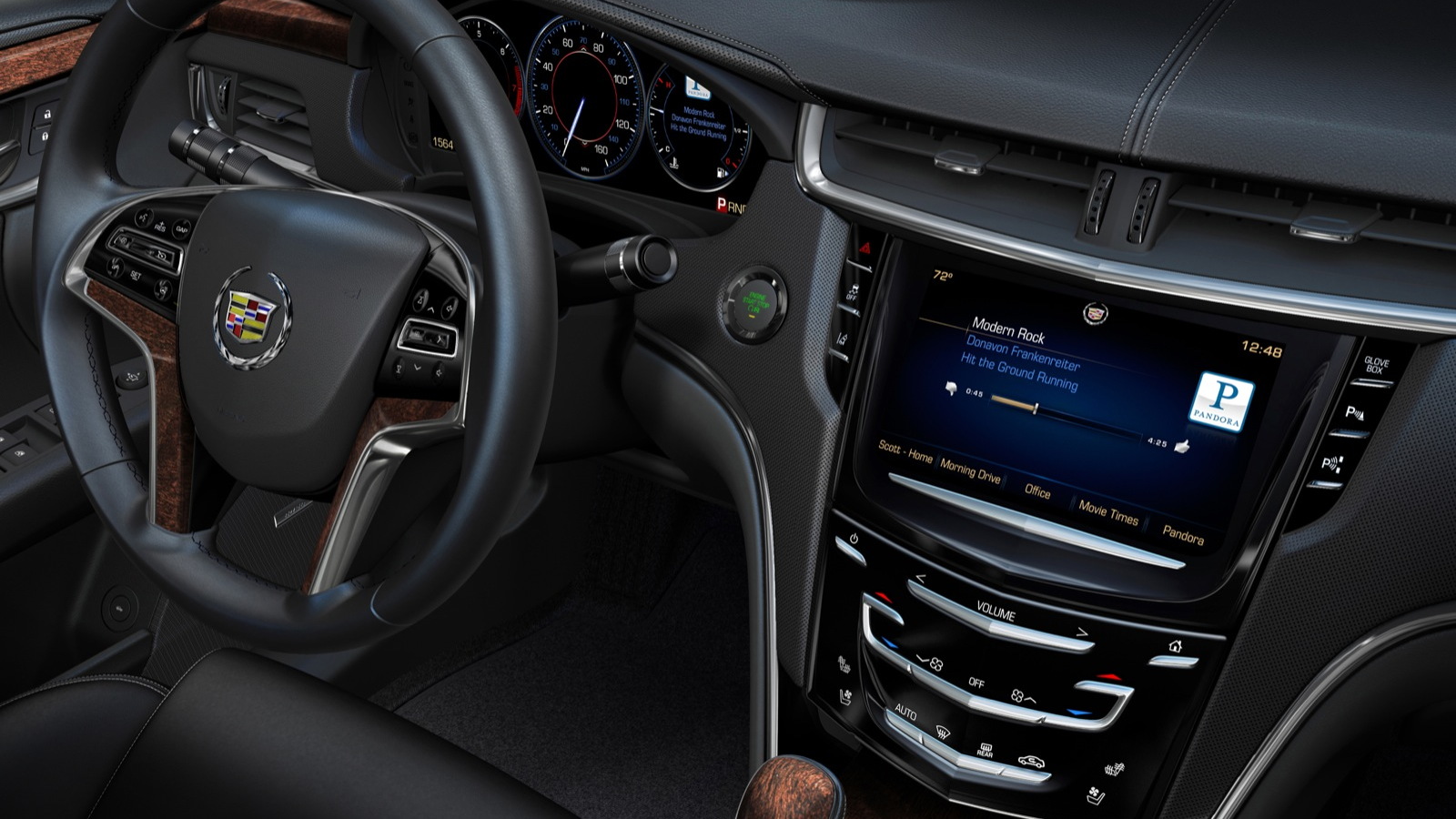 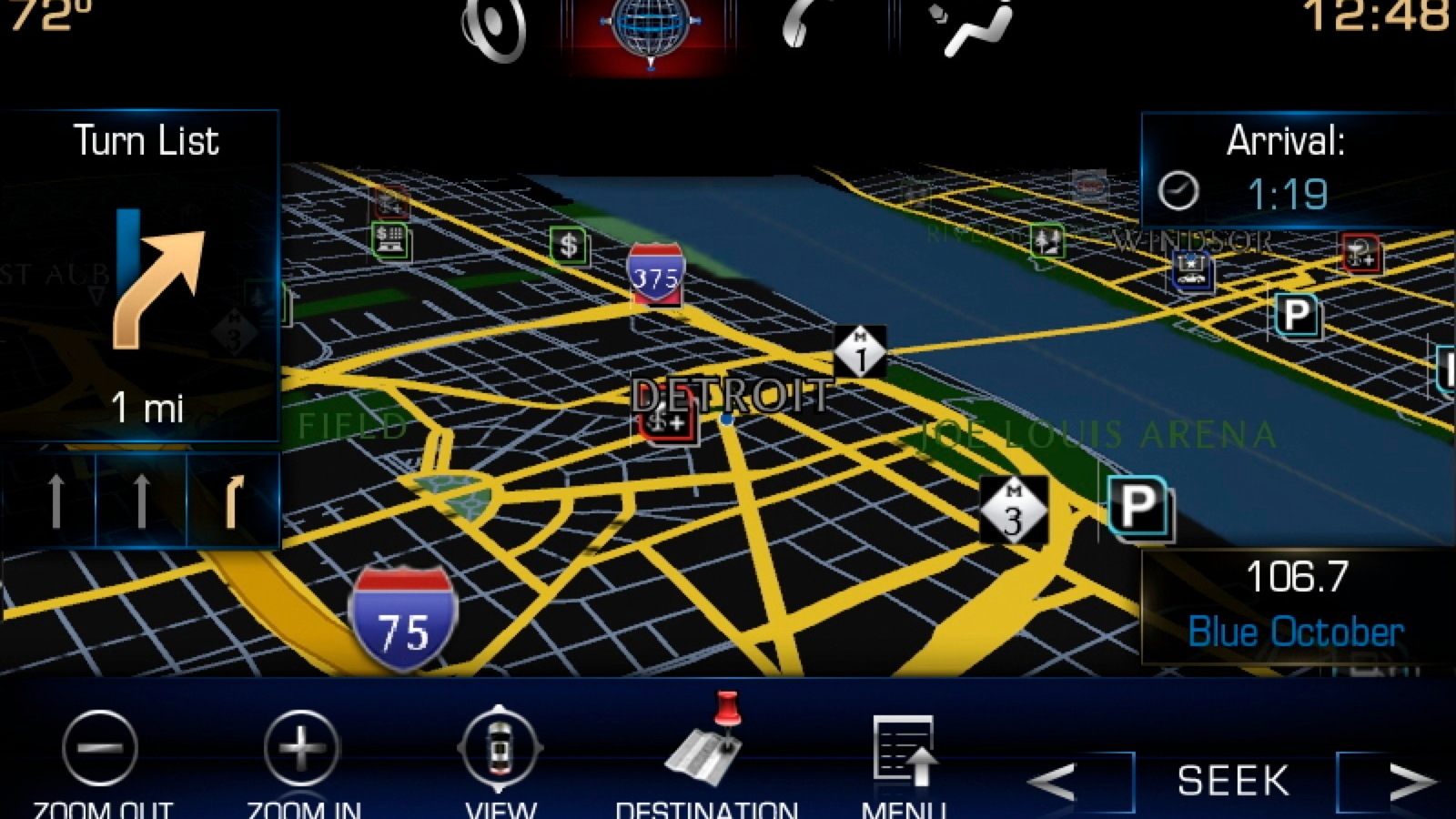 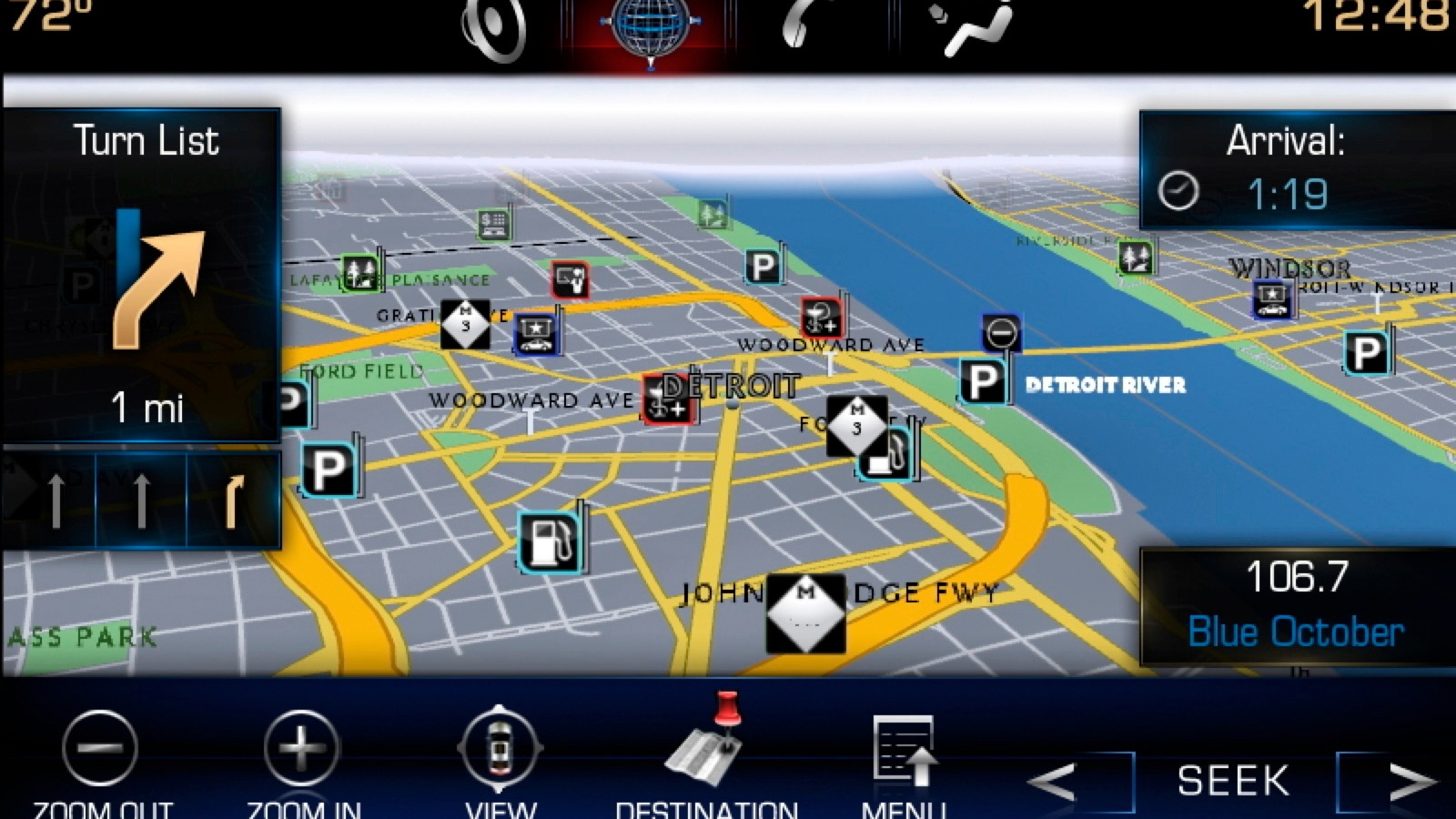 10
photos
As we become increasingly tethered to our smartphones, automakers are recognizing that we need in-car interfaces to help accomplish seemingly simple tasks—like making a call, accessing songs in our library, or getting a text—safely, without reaching down for the phone and becoming distracted.

With the MyFord Touch and MyLincoln Touch systems that came out last year, Ford rolled out a very visually attractive interface good for such things. However, a number of users have called the system too complex and unintuitive in some respects. Now General Motors is unveiling its own system, called CUE. Short for Cadillac User Experience, it will be formally announced at the CTIA Enterprise & Applications Conference in San Diego this week—and shown, in the Cadillac XTS, at the LA Auto Show.

GM has many very noteworthy firsts in CUE: Foremost of them all is that it’s the first automotive system with a fully-capacitive screen, much like the one in the iPad. The huge 12.3-inch touch screen also recognizes gestures and will bring up menus as your hand approaches. Further putting it well ahead of other setups is that CUE will include haptic feedback for the screen itself, gently vibrating as you roll over menu boundaries, to simulate a deeper texture.

At launch, CUE will include the capability to read SMS text messages to the driver, via speech-to-text. As with MyFord Touch, CUE will include a choice of ten quick pre-formatted reply messages, which can be customized. When a new text comes in, the driver will be given a choice: dismiss or listen. Beginning in 2014, an upgraded version of CUE will also include full integration for reading e-mail messages from smartphones.

CUE also supports full drag-and-drop operation, just as with the iPad, and you can freely move icons from the application tray into the interactive selector (specialized menu of options) or your favorites bar.

GM designers and engineers emphasize that they didn’t look at existing screen-based systems when designing CUE; rather, they looked at smartphones and wanted the same level of simplicity. The key to making it more intuitive, according to Cadillac VP Don Butler, is investing in a top-notch capacitive controller screen, leveraging effective voice controls, and keeping the interface very simple.

During development, GM placed an emphasis on gestural motions like swipes and pinches, that don’t require you to keep your eyes on the screen for as long—movements, that aren’t as distracting. According to head of interior design Dave Lyon, who described the interface as “magical” in the way that everything comes together, one of the keys was not following others, with an effort every step of the way to keep it simple and only show the minimum of information necessary. “Information is only presented when you need it,” he said.

Look for other features in CUE to break through some other common annoyances—like navigation input. CUE in the XTS will let you enter an address as in an or Google Maps (with auto-complete), eliminating the frustration of having to do it in a particular order.

According to officials, this dash design, centered around CUE, sets “signature elements for all next-generation interiors” from GM—so we may see a take on this filter down to Chevrolet, Buick, and GMC products as well.

Stay tuned for more details about this breakthrough system, and click through the gallery below to see some of the details of CUE—as well as a glimpse of the 2013 Cadillac XTS sedan.

General Motors provided accommodation, as well as some food and travel expenses, to High Gear Media in order to facilitate this report.