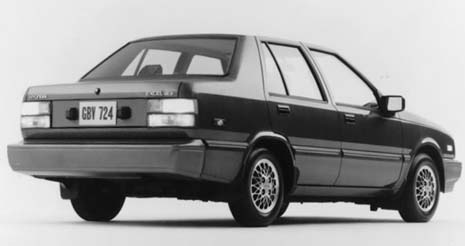 In the case of the first Hyundai sold in the United States, it's a combination of historical significance and historical awfulness.

Nowadays, Americans see Hyundai as a manufacturer of some very high-quality cars, but it wasn't always so. Far from it. Far, far, faaaaaaar from it!

In my opinion, the first-year Excel was the worst motor vehicle sold in America during the final quarter of the 20th century.

I was in college in 1986, the year the first Excels showed up on these shores, and a fair number of my classmates were shopping for their very first new cars around this time. 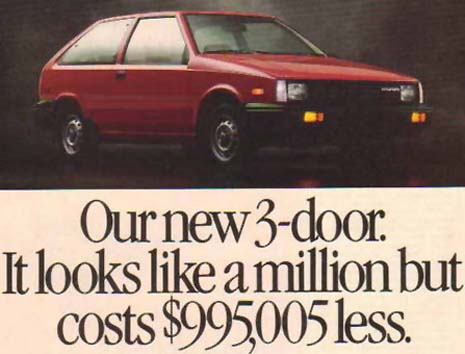 For thin-walleted students that year, there were two super-cheap car choices from companies nobody had heard of a year or two earlier: the $3,990 Yugo GV and the $4,995 Hyundai Excel (you could also buy an '86 Subaru STD--yes, the marketing gurus at Subaru North America actually allowed a car called the STD to hit the showroom floors--for $4,989, but nobody knew about this car).

To show how cheap the Excel and Yugo were, compare their stickers to the list price of the cheapest version of the obsolete-a-decade-before '86 Chevette: $5,645. I knew a few buyers of new Yugos, and a few who bought Excels... and the Tito-ized Fiat 127s from Zastava turned out to be far more reliable than the little Korean subcompacts.

Excel drivers found that switches snapped off in their hands, heater cores spewed the green stuff on the carpets (which themselves looked like something from the Motel Nimitz in East Oakland), the steering felt like it had more play than a 400,000-mile Ford Falcon after a year or so, and so on.

Csaba Csere reviewed the '86 Excel back in the day, and he recognized that Hyundai would be worth watching (though he didn't smell the worse-than-British-Leyland build quality in his press Excel). And it's true; Hyundai went from a company that built a car that made drivers long for something more Yugoslavian to one that gives Honda North America execs sweat-soaked nightmares of unemployment lines. 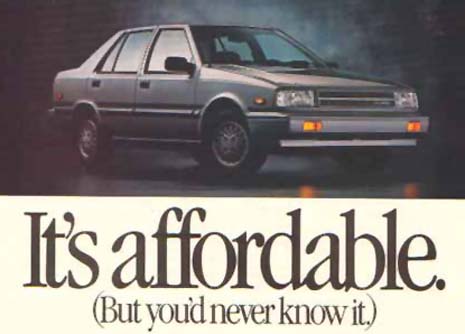 Junkyards were paved with first-gen Excels by about 1990, and a few years later they were all gone. None on the street, none in the junkyards. When was the last time you saw one? To me, being able to look out my window and see proof that an organization could improve so much so quickly parked right in front of my eyes... well, that would be inspiring every time I lost hope in the ability of humans working together to accomplish anything positive. And driving an example of The Worst Car Ever Made (well, one of the worst) would be a special distinction. Sure, a somewhat shameful distinction, and one that I'd have to explain all the time, but that's how Guilty Pleasures cars work. The problem is twofold: first, I'd have to find a fairly intact '86 Excel that runs or could be made to run. Second, I'd need to find some source of parts closer than Korea; the engine is a license-built Mitsubishi unit, so that part shouldn't be too hard, but everything else? It might be easier to keep a Lotus Eclat running as a daily driver than to get an Excel to run every few weeks.