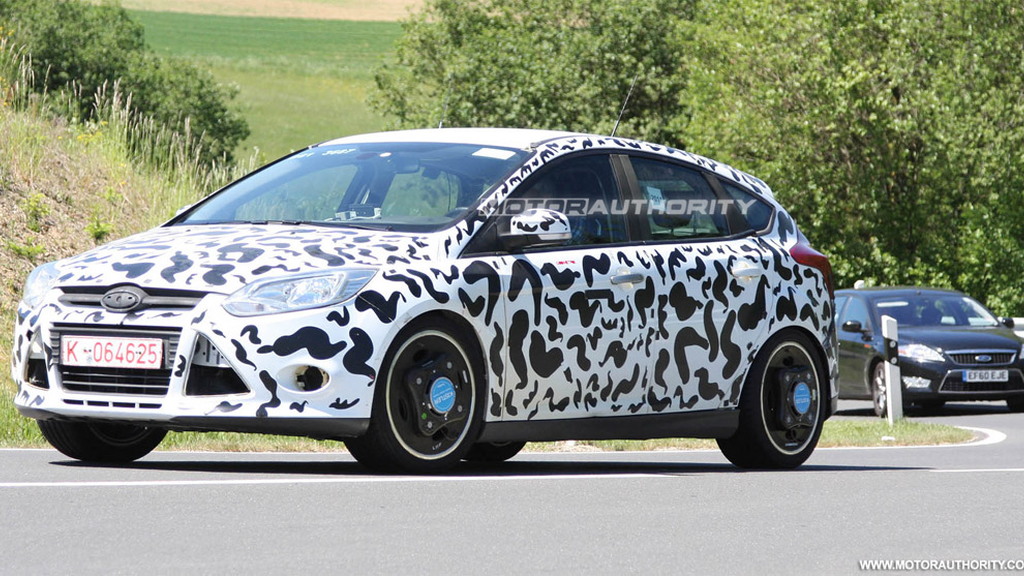 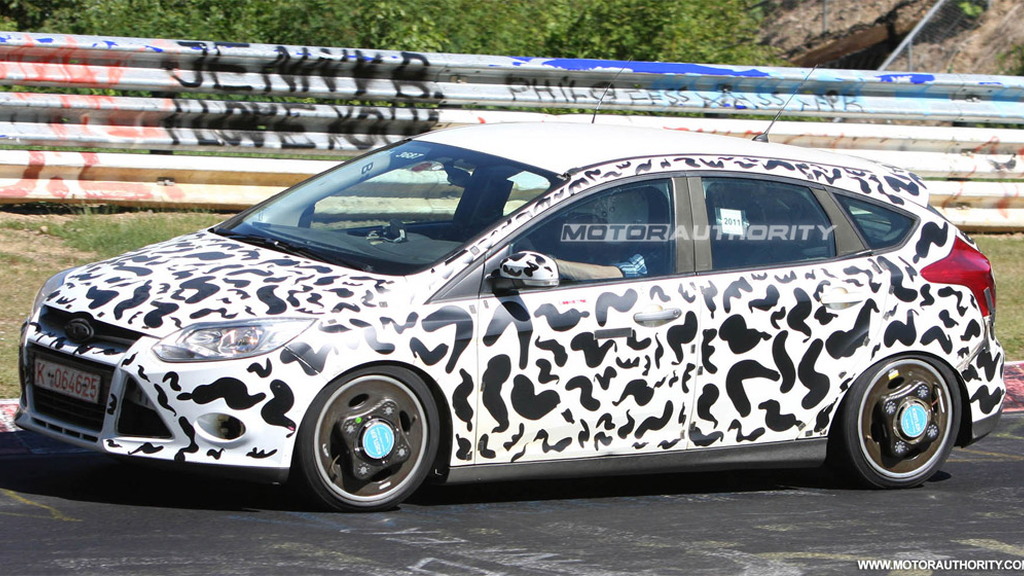 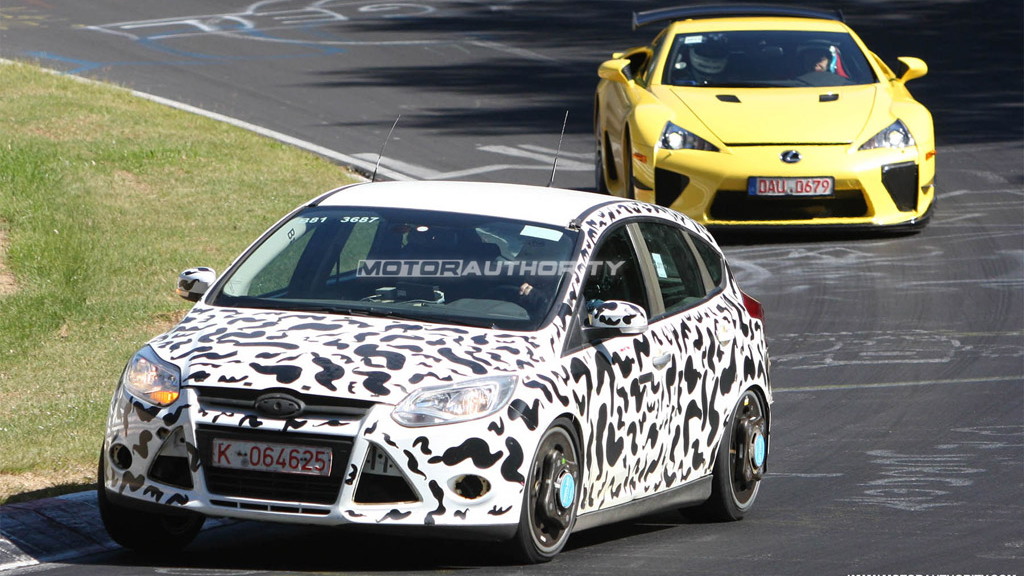 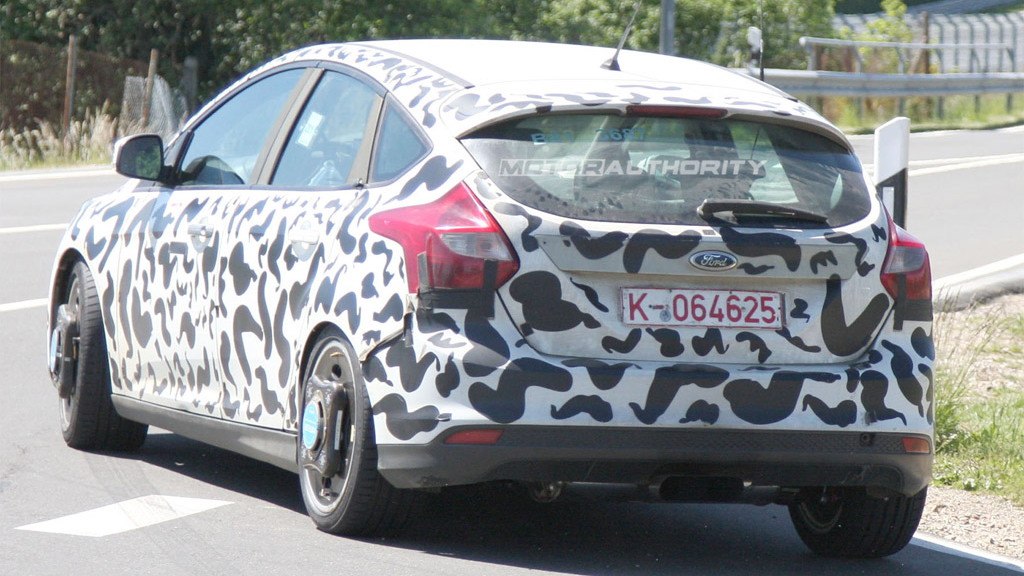 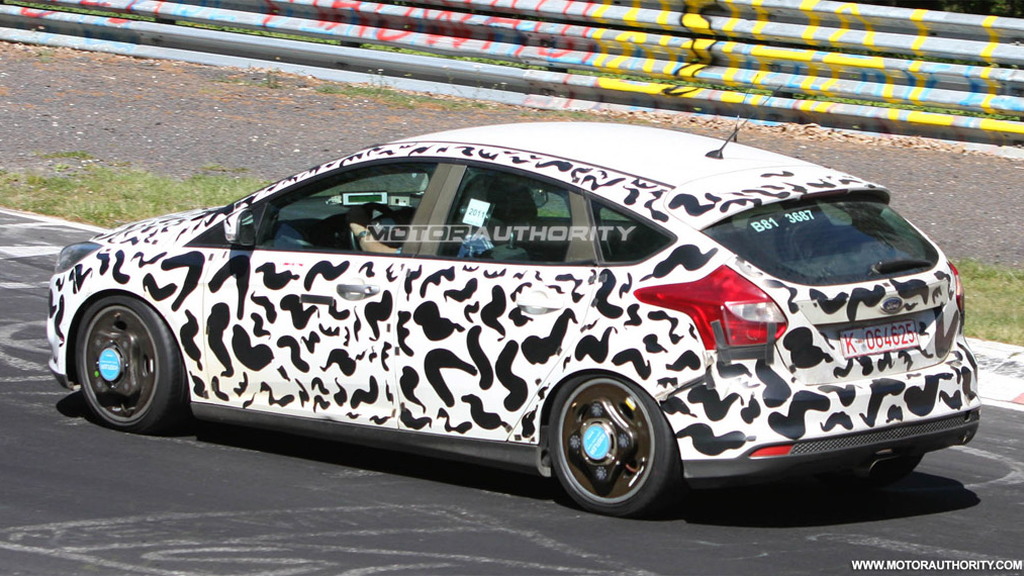 The 2012 Ford Focus ST is the performance variant of the new Focus hatchback and is due in showrooms at the end of the year, possibly with a showing at next month’s 2011 Frankfurt Auto Show or the 2011 Los Angeles Auto Show in November.

However, before the car makes its debut, it has to be run through its paces to ensure every component is up to scratch. And where better to test a car then on the grueling Nurburgring race track in Germany, a patch of road with steep escalations, a litany of bumps and notoriously bad weather.

Below is an exclusive video of several prototypes for the upcoming 2012 Ford Focus ST captured while they were testing on the Nurburgring and some of the surrounding streets.

In case you’re not up to date, the car will come packing a turbocharged 2.0-liter four-cylinder engine developing upwards of 246 horsepower and sending drive to the front wheels.

To go along with all that power will be an eye-catching paint job, ground-hugging suspension, big wheels and tires and dual exhaust tips mounted in the center of the car’s bumper.

After the video, click here for all the details we have so far on the sporty 2012 Ford Focus ST.