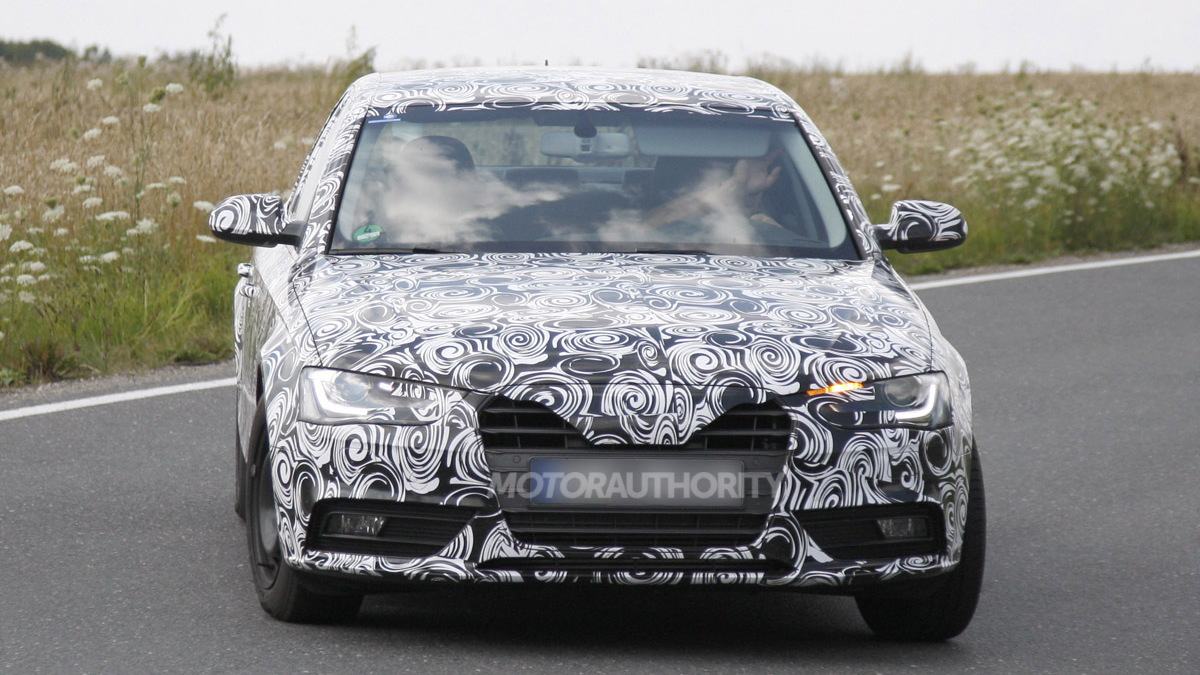 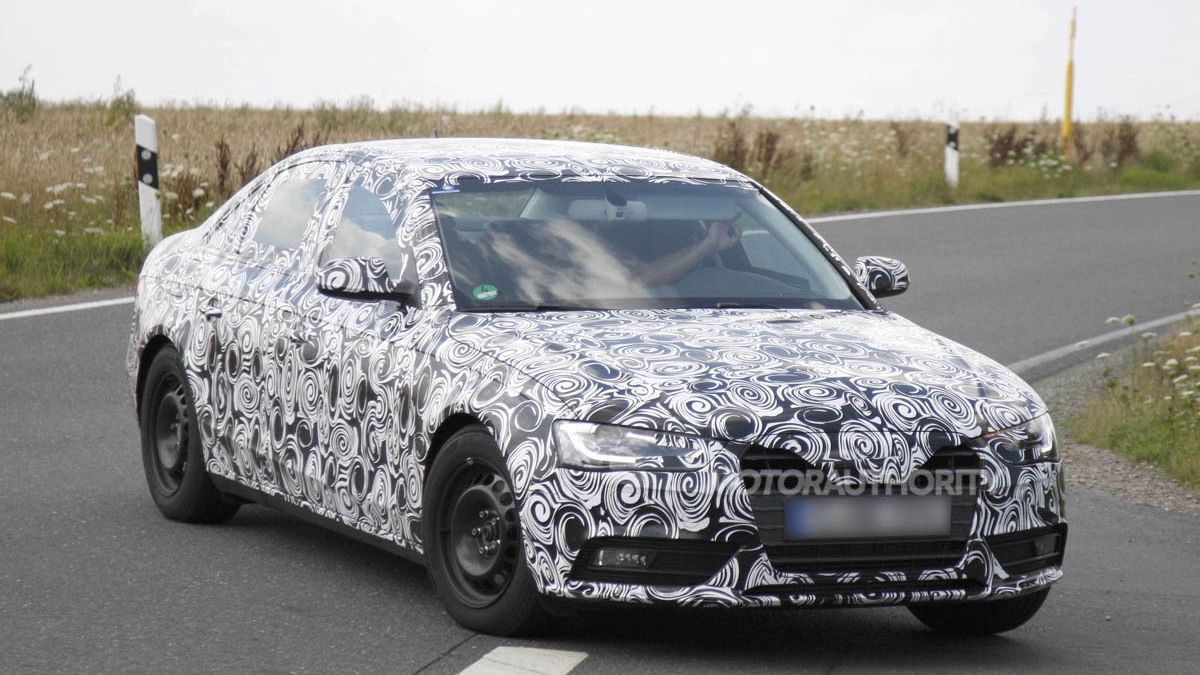 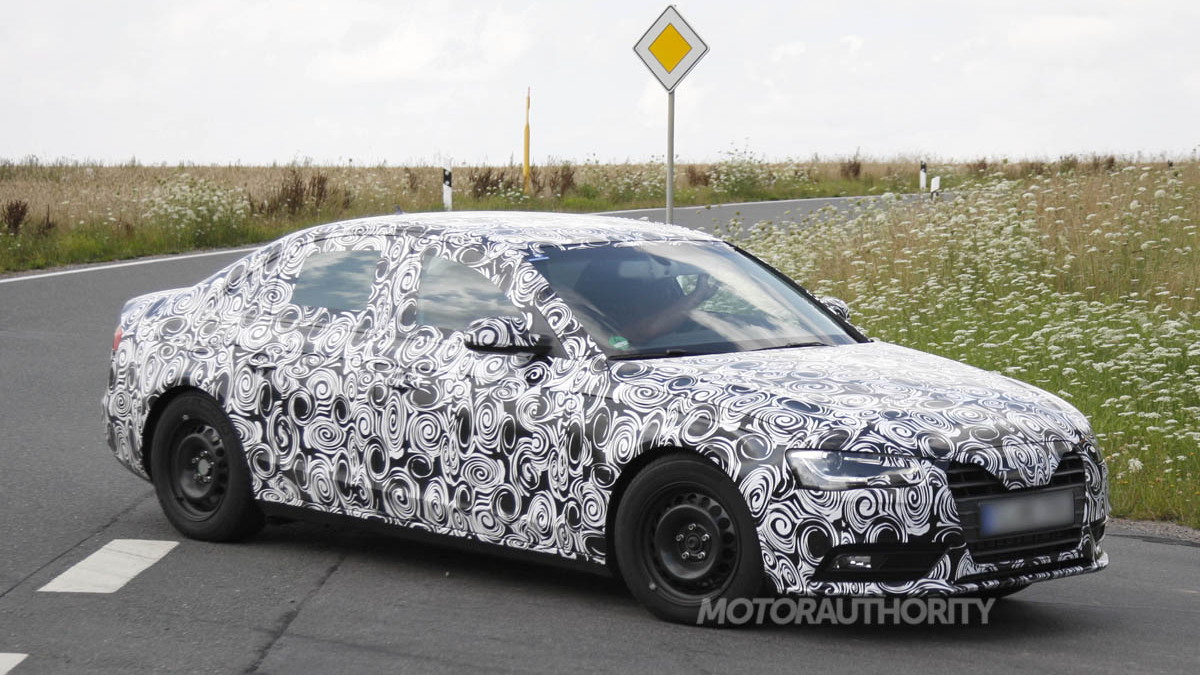 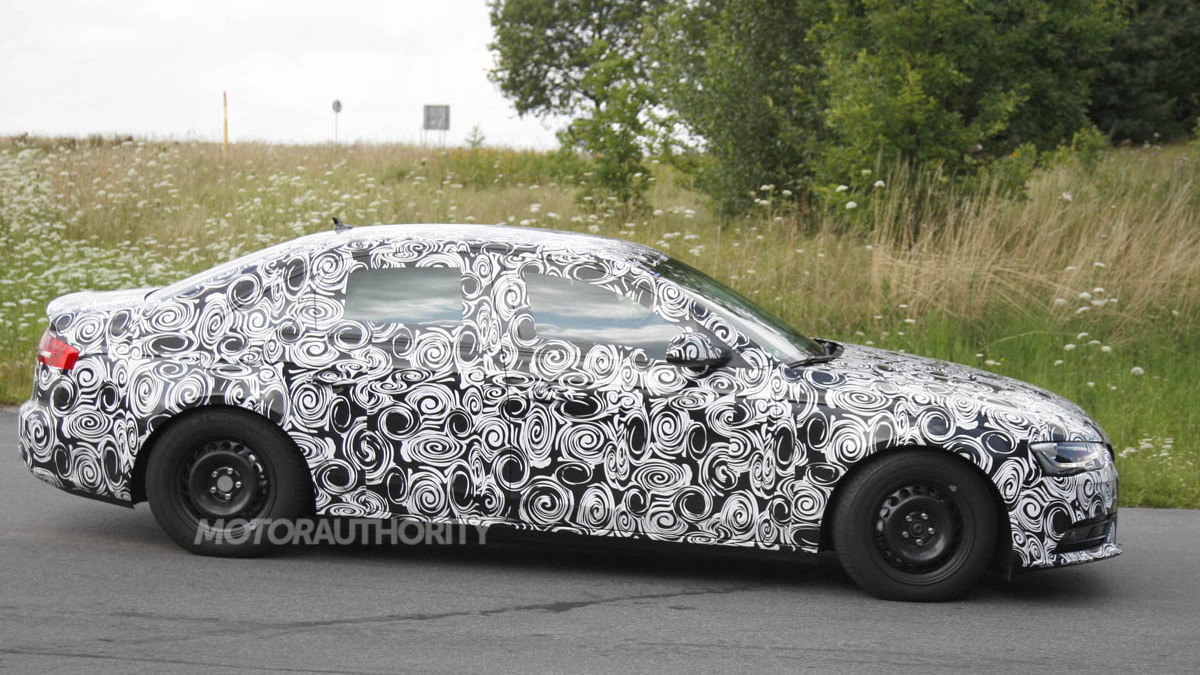 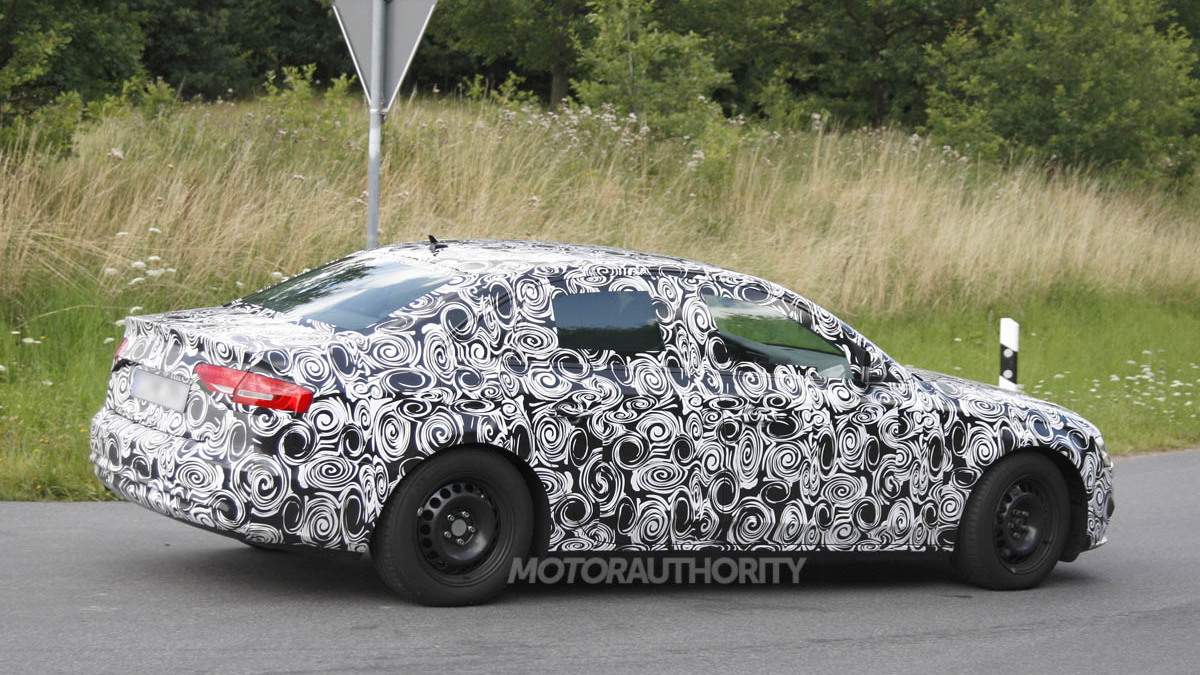 The 2013 Audi A4 is soon to join the 2012 A5 with a fresh new face, revised to keep the model fresh as it reaches mid-cycle status. These images, the first to capture the facelift, show LED running lights like the revised A5, among other features.

Some of those other features, visible despite the black-and-white optical camouflage, include: new shapes for the front and rear headlights; restyled front and rear bumpers; LED fog lights instead of the projector-style used on the 2012 A4; and what appear to be slight tweaks to the shape of the side mirrors.

Beyond that, it's too camouflaged to tell what's new. The steel wheels certainly won't see production, so there's a good likelihood of new alloy wheel designs. There's a slight difference in the solid section of the trapezoidal grille, but this is a Euro-spec car, and so the smaller details, particularly those around the license plate holder, will likely change in translation.

Powertrain options aren't likely to change for a mid-cycle refresh, so we well continue to have just the 2.0T four-cylinder turbo engine good for 211 horsepower, 258 pound-feet of torque, and a best time of 6.3 seconds to 60 mph when equipped with the Tiptronic transmission. Depending on trim chosen, a Multitronic transmission and a standard manual are also available. The S4 will likely share in the updates, with a unique, sportier take of course, and preserve its 333-horsepower supercharged V-6 engine.

The 2012 Audi A4 is currently on sale in the U.S., so the freshened car is expected to make its debut late this year or early next before going on sale as a 2013 model. An all-new, lighter-weight B9 Audi A4 is due around 2015, so this new look will hold the A4 over until then.