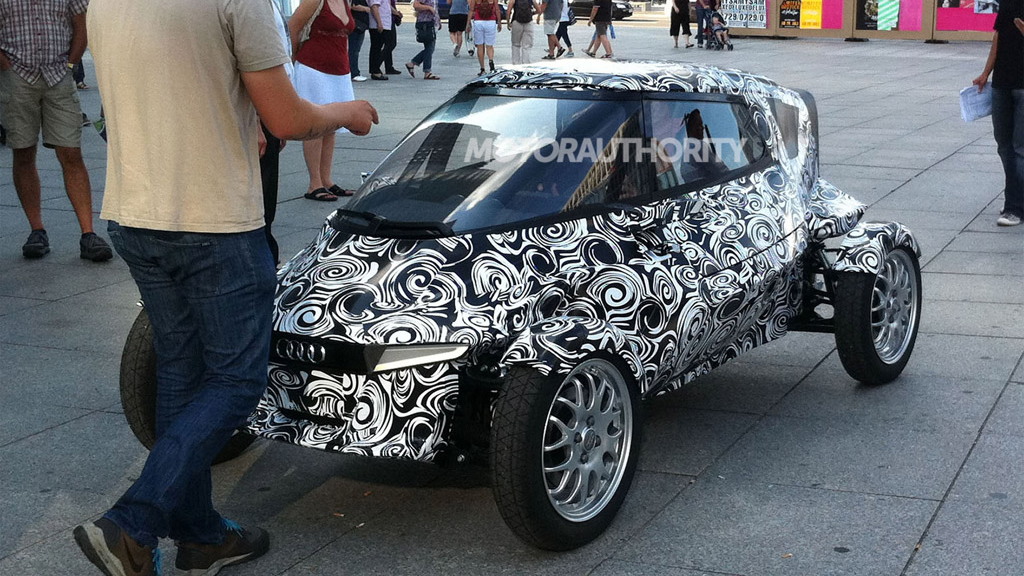 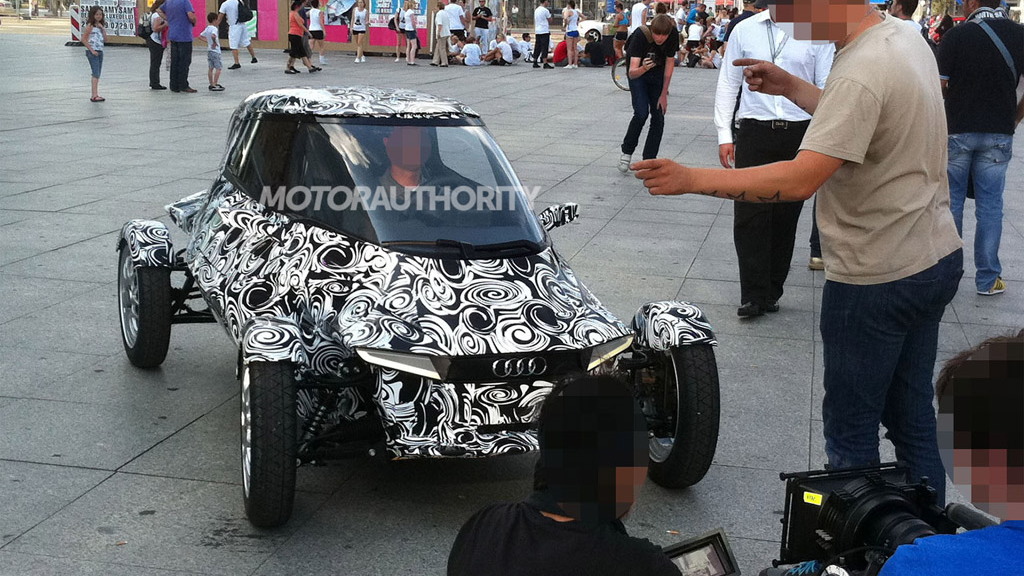 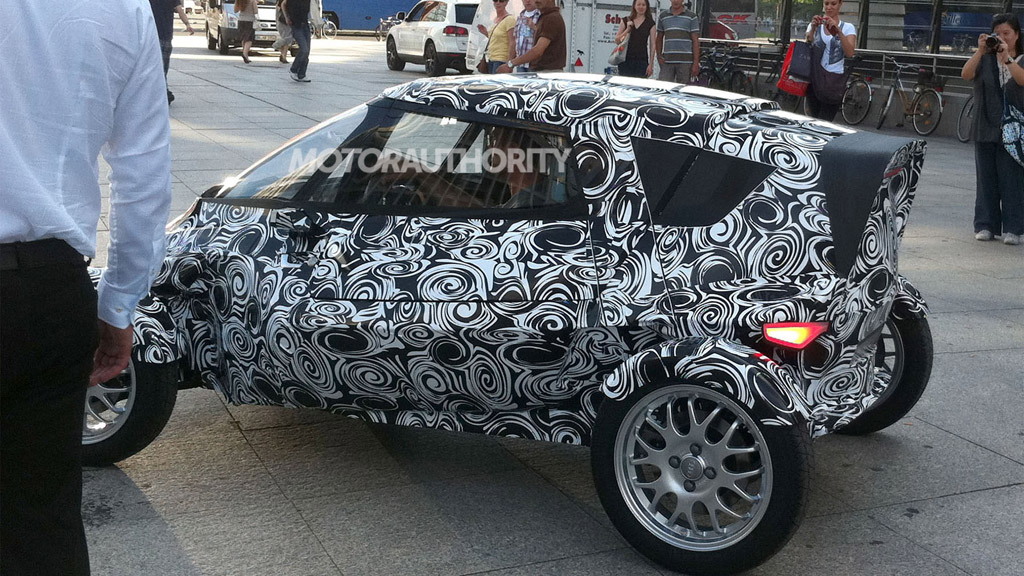 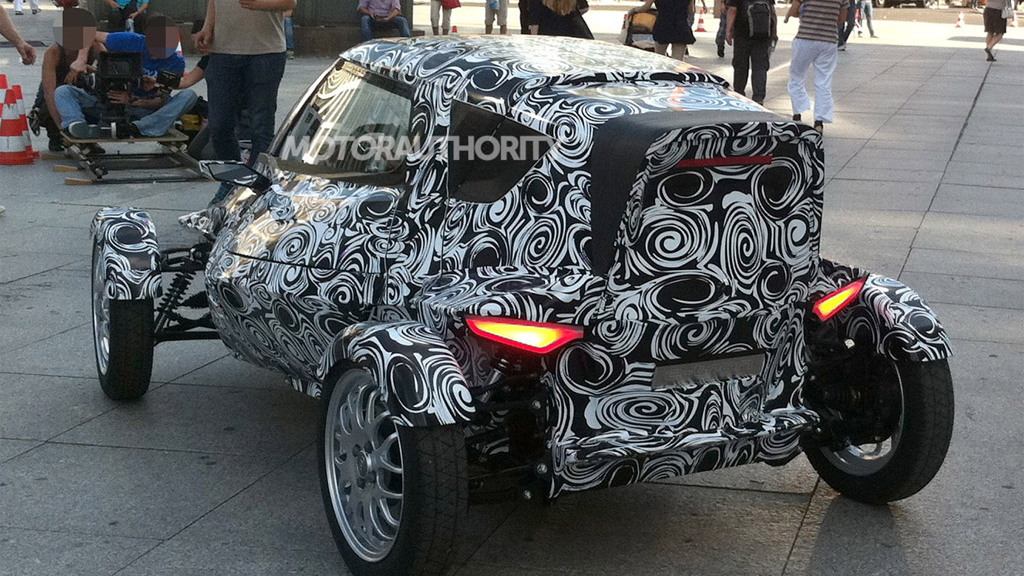 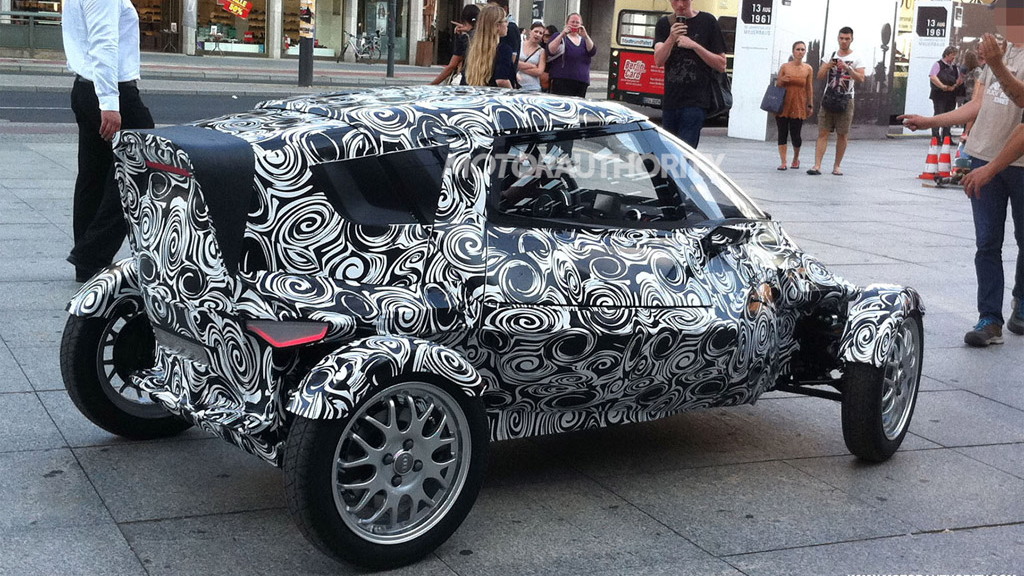 10
photos
Audi has developed a brand new eco-focused concept car falling under its e-tron umbrella of electrified vehicles; this compact two-seater pod car that was spotted recently on the streets of Berlin, Germany.

The new concept, which is believed to preview the smallest of Audi’s future e-tron electrified vehicles, the rumored ‘E1’, is scheduled to appear next month at the 2011 Frankfurt Auto Show but we have these spy shots of it today.

Its silent drivetrain confirms this is in fact an electric vehicle, most likely with its electric motor mounted on the rear axle and its battery array mounted under the floor.

What’s most interesting is its tandem-style two-seater arrangement that we first saw on the Volkswagen 1-Liter concept car of 2002. Essentially, the passenger sits directly behind the driver.

The original Volkswagen concept was powered by a super-efficient diesel engine that promised fuel economy as high as 235 mpg. It was followed by a more advanced version in 2009 dubbed the L1. This later version combined the diesel engine with a small electric motor for improved performance.

Now, it appears that Audi is advancing the game even further with its new concept.

As mentioned, this latest concept is believed to be a preview of the smallest vehicle from a new range of eco-focused models that will include both e-tron electrified vehicles as well as gasoline and diesel models. Like BMW’s own i sub-brand, Audi’s subdivision will be called E and will include everything from this E1 right up to the E8 electric supercar based on the R8 e-tron concept car.

More information should be revealed following the reveal of this latest concept car in Frankfurt next month. Press days for the show kick off on September 13 but in the meantime, follow our complete coverage of the event by clicking here.