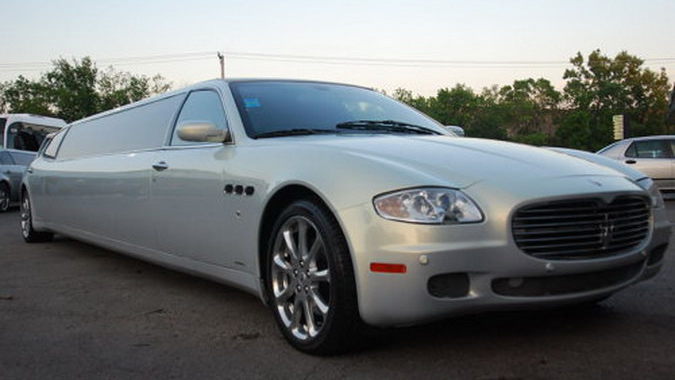 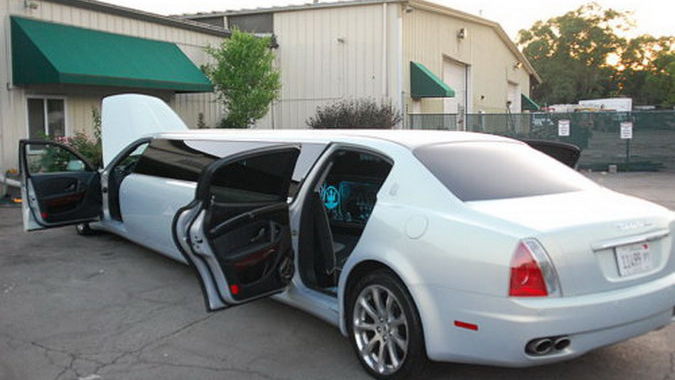 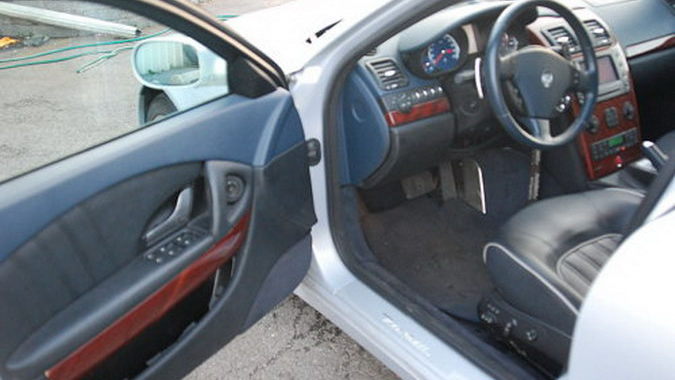 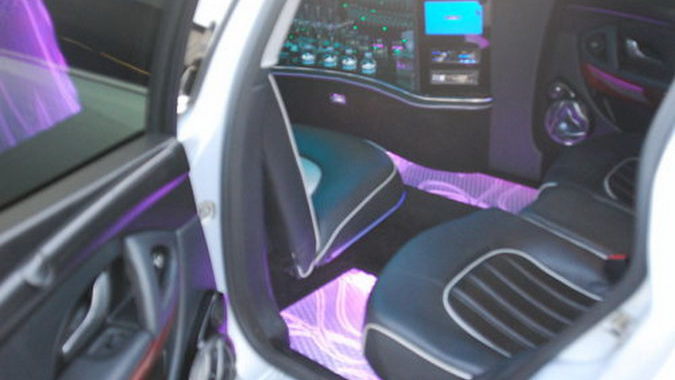 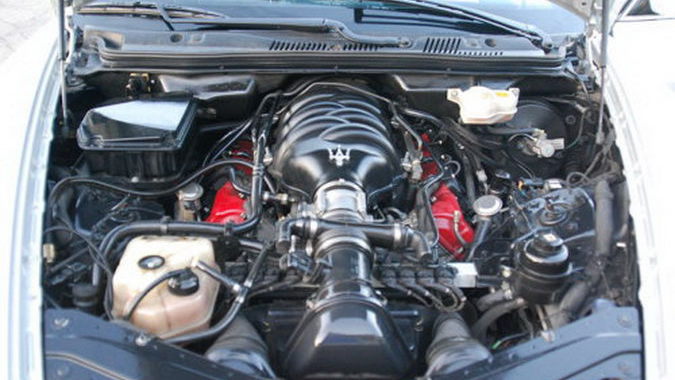 Now here’s one way to ruin a perfectly good luxurious Italian sports sedan, by turning it into a limo and ending the days of it ever going around a corner at speed.

This sorry-looking Maserati Quattroporte, a favorite around here at MotorAuthority, has had its chassis cut in half and several feet of limo body attached. Nothing looks natural about it and to make matters worse, the owner has decided to install an illuminated Maserati Trident in the interior. At least it matches the illuminated purple floor.

Some of its other features include seating for 10, a total of three televisions, champagne holders and bar and a glass partition between the cabin and driver.

The saddest part of the story is that the Quattroporte’s Ferrari-built V-8 engine appears to be fully intact, though we’re sure the engine is never able to reach its full potential anymore.

A shame, as the sedan in its original condition would be the pride and joy of most auto enthusiasts.