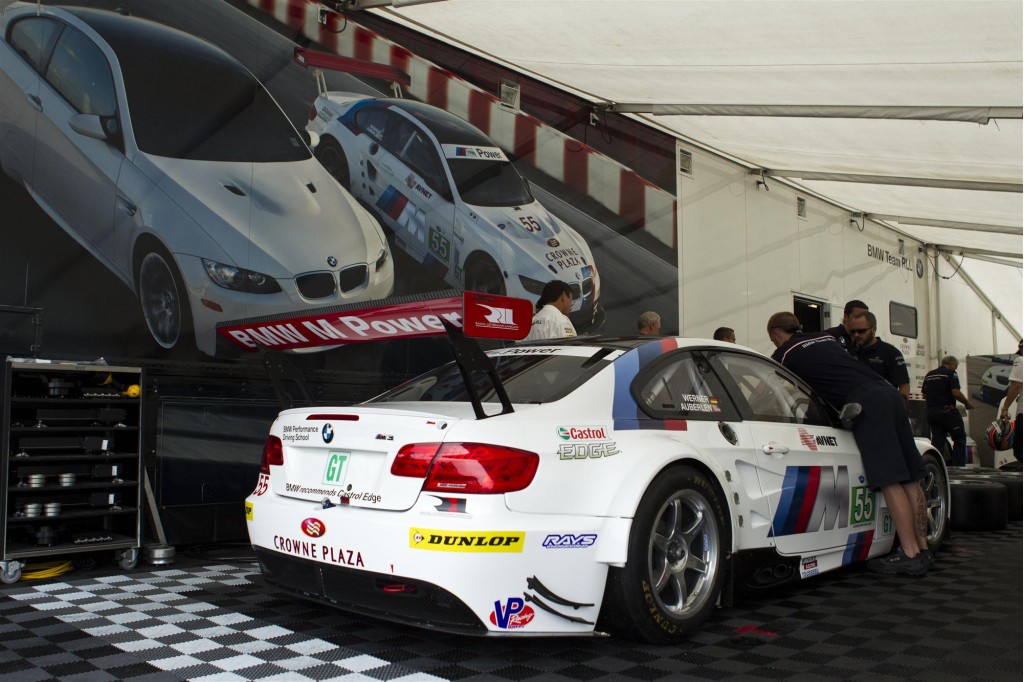 As the Corvette Racing team rides the highs and lows since its Le Mans win, BMW Team RLL seeks to step things up to keep up the success of the start of the 2011 season as the American Le Mans Series heads to Mosport International Raceway this weekend.

Coming off a strong showing at Lime Rock Park where Joey Hand and Dirk Mueller scored their third consecutive victory, Mosport presents unique challenges. As Bill Auberlen, one of the drivers of the #55 M3 GT put it, "I can't wait to go to Mosport. It is a track that separates the men from the boys. It's fast, hairy and perfect for the great handling of our BMW M3 GT."

Despite the strong performance of the #56 M3 GT driven by Mueller and Hand, the Auberlen/Dirk Werner #55 car has had less success--and less luck, having been involved in the massive GT-class pileup at Lime Rock. "Having been unfortunate in the last two races, it goes without saying that Bill Auberlen and I would now like to finally harvest the fruits of our labor," said Werner.

Mueller and Hand are confident they'll find success again, but remain cautious and realistic. "Our points lead is promising, but not promised and there’s no reason to think that we won’t be a contender for another victory at Mosport," said Hand. "Our BMW M3 GT is strong on high speed Mosport corners. I get asked if I change my strategy or outlook because of our points lead. I don’t think we are at that point yet in the season. We are not settling in by any stretch of the imagination."

Mueller agrees: "We want to continue where we left off, and will be doing everything in our powers to ensure that, after three wins in a row, we are also on top of the GT podium in Canada. However, we are also well aware that the opposition has not been sleeping. Whatever happens, we are extremely motivated."

The American Le Mans Series action kicks off with test day on Friday, practice and qualifying on Saturday, and a 2-hour, 45-minute race on Sunday. Look for Corvette Racing, Risi Competizione, and the Porsches of Flying Lizard to contend for the GT class win as well.