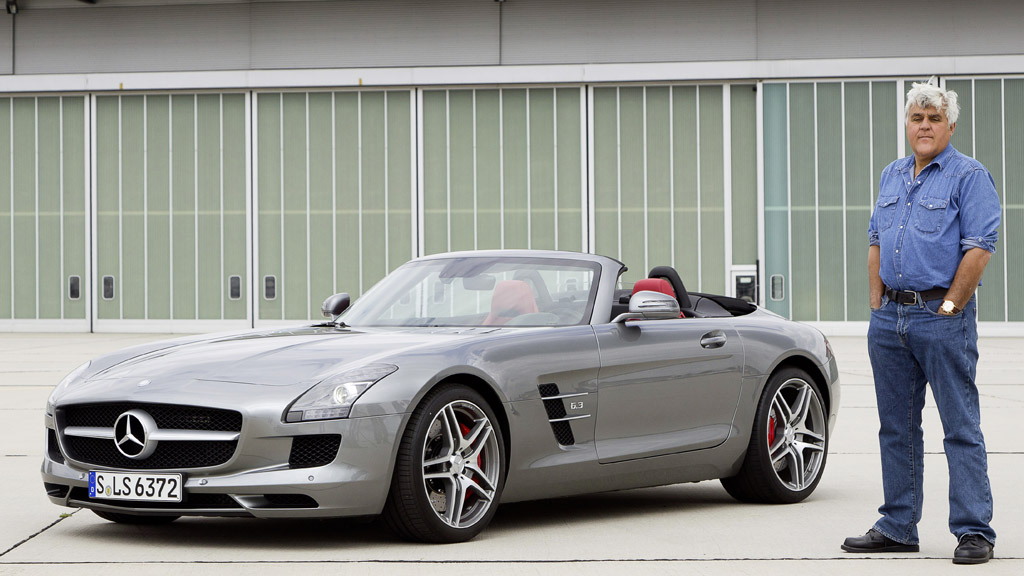 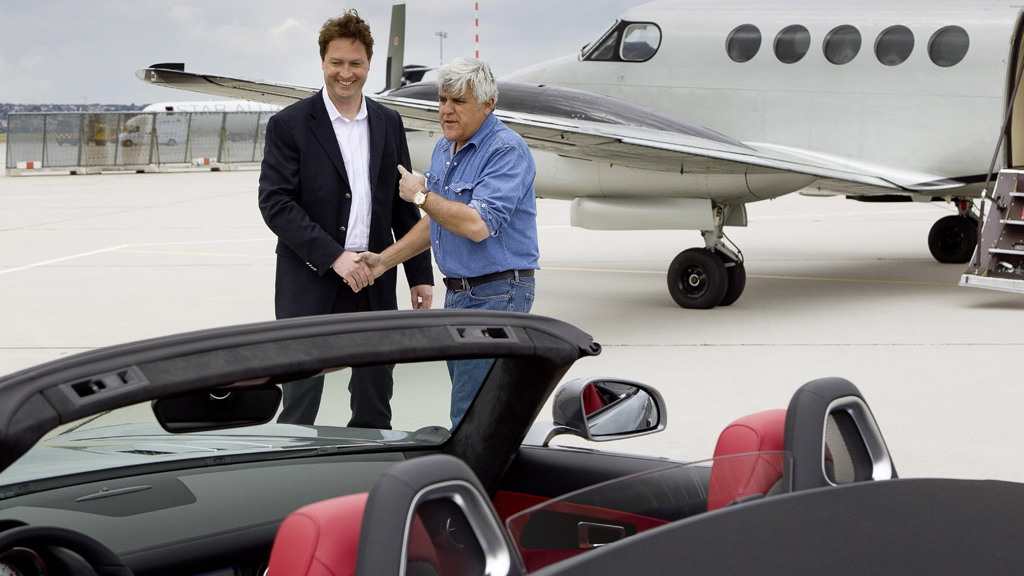 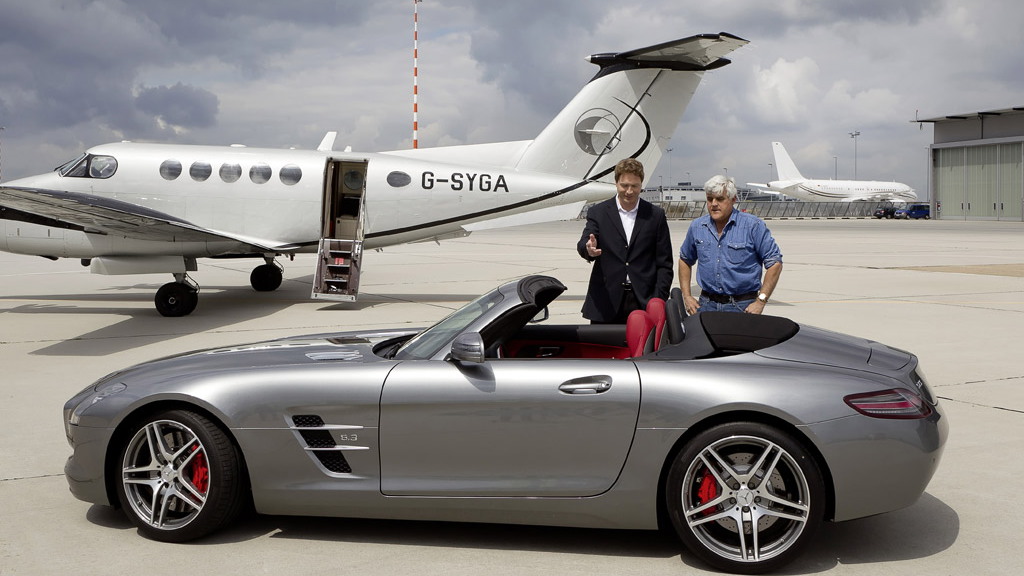 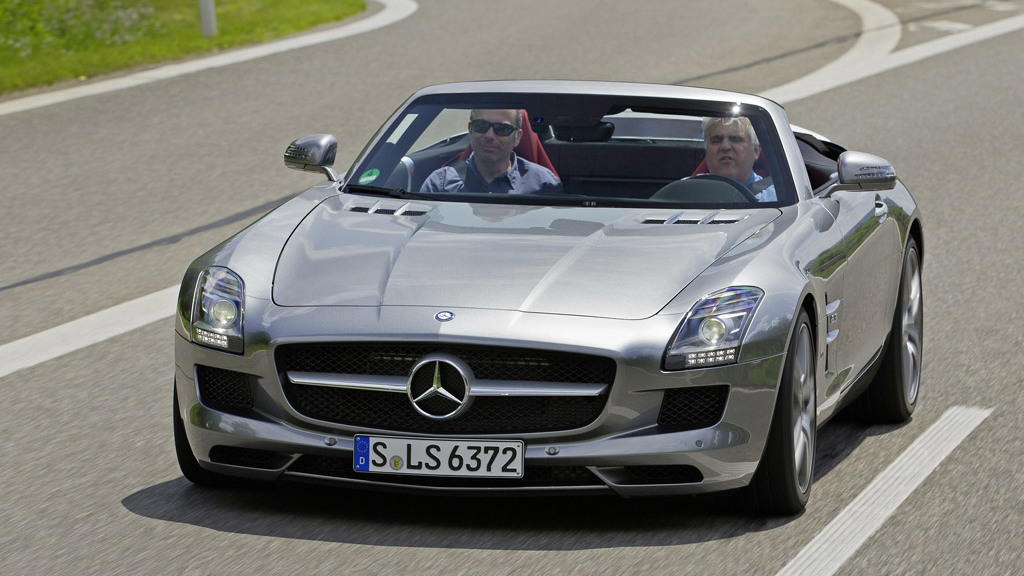 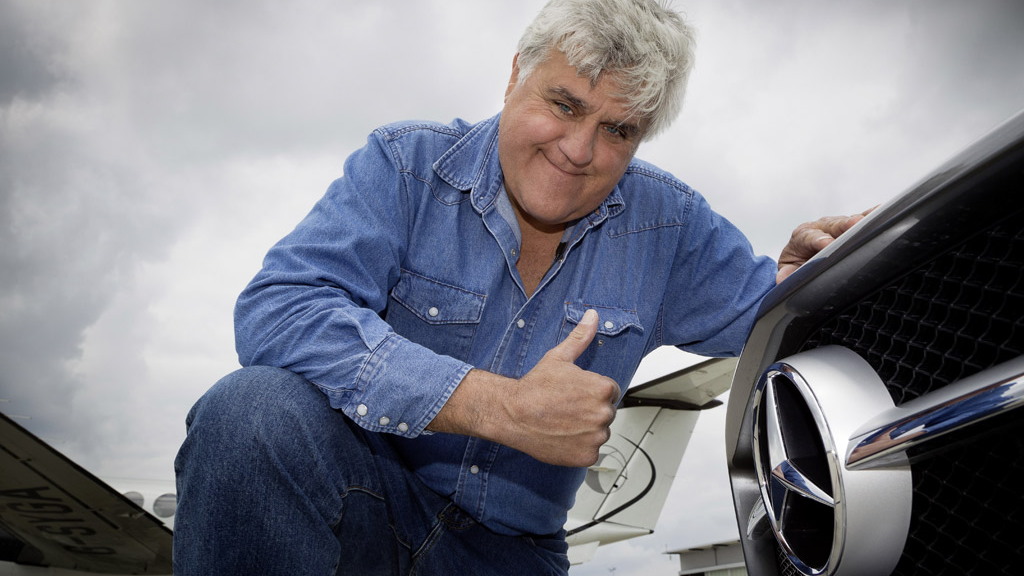 Yesterday we saw him test drive the Bugatti Veyron Super Sport and today we have a video of television personality and comedian Jay Leno at AMG’s headquarters in Affalterbach, Germany. Leno meets with the official Mercedes-Benz tuner’s CEO Ola Källenius and then gets a chance to drive the new 2012 Mercedes-Benz SLS AMG Roadster and future SLS AMG E-Cell model.

Then, following a tour of the AMG Performance Studio, where customers can personalize their cars, Leno visits the AMG engine shop and assists in the assembly of a 6.2 V-8 engine destined for the SLS AMG--by hand of course, according to the traditional AMG "one man, one engine" philosophy.

Accompanied by two AMG technicians, Jay Leno installs the crankshaft, cylinder heads and even the wiring himself, and carries out the subsequent quality tests. Afterwards he applies an AMG engine plate bearing his signature to the completed eight-cylinder powerplant and then watches it being tested extensively on the glass-walled test bench.

Go ahead and click play now, and then click here to read all about the new 2012 Mercedes-Benz SLS AMG Roadster.