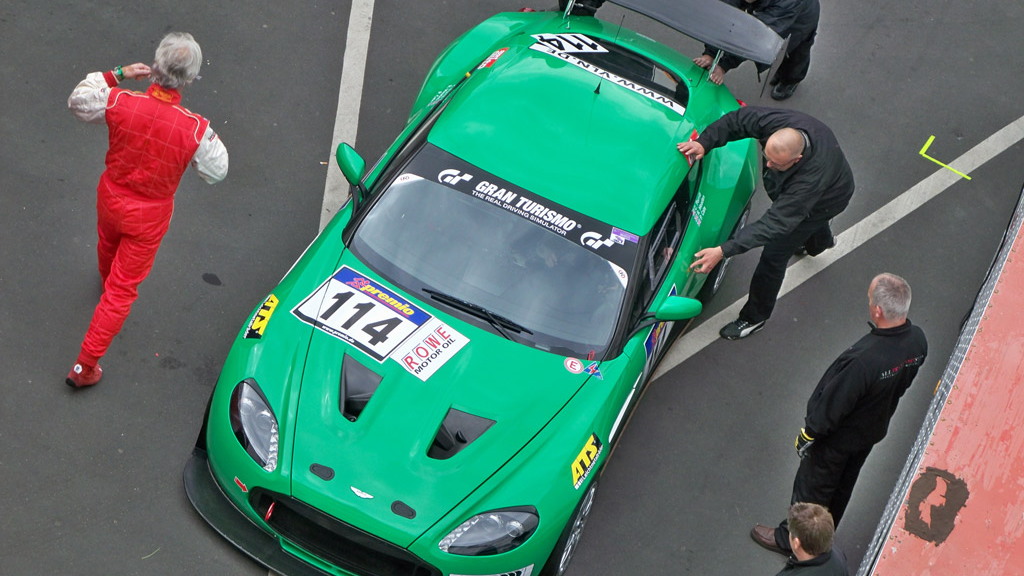 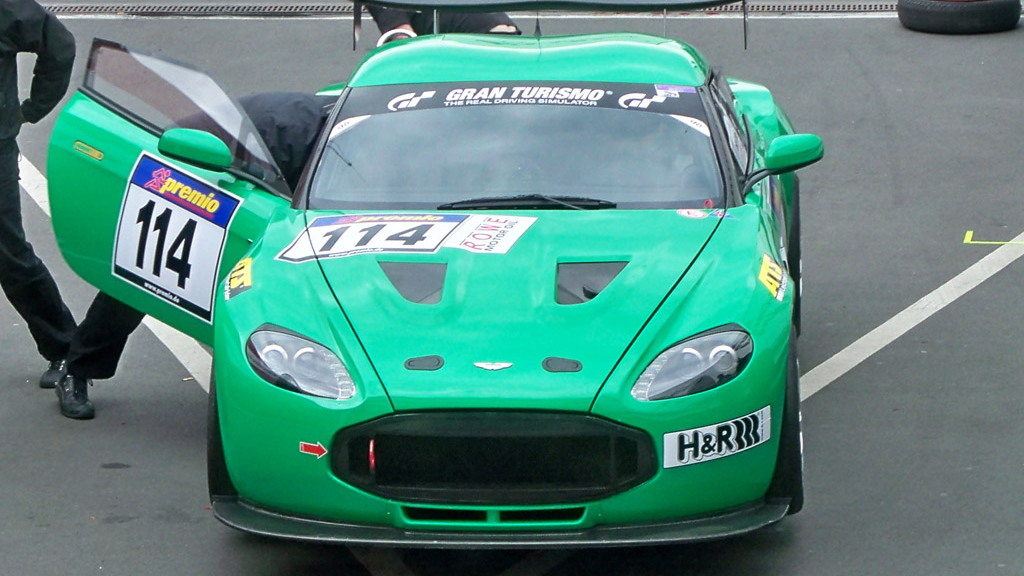 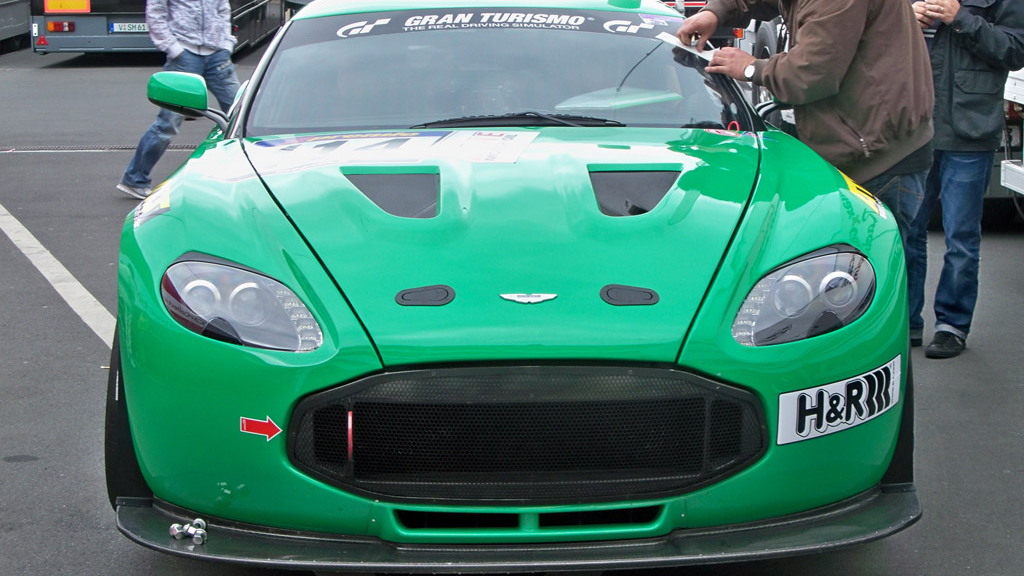 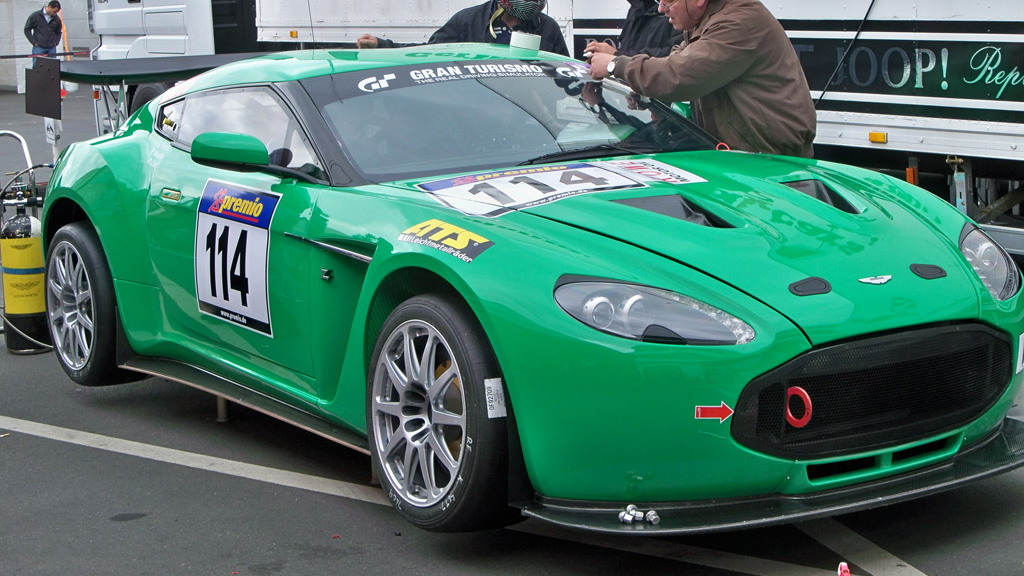 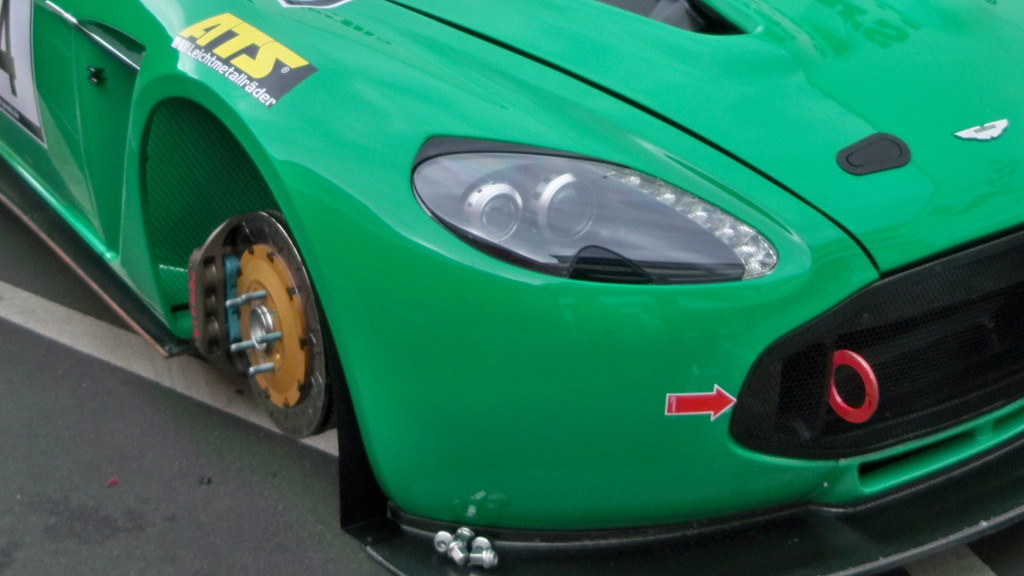 We just can’t get enough of the sultry Aston Martin V12 Zagato and we hope you can’t either as we now have a new gallery of the coachbuilt coupe at its official race debut this past weekend at the 53rd ADAC ACAS H&R-Cup leg of the VLN series at Germany’s notorious Nurburgring circuit.

Decked out in full race trim, the V12 Zagato only completed a handful of scheduled laps of the famous circuit though it’s set to make several more appearances over the coming weeks as the VLN series progresses. As explained by Aston Martin spokesman Matthew Clarke prior to the race, this was only the car’s first shakedown trial and any issues determined will be worked on as development continues.

The VLN, short for Veranstaltergemeinschaft Langstreckenpokal Nurburgring, is a localized endurance race series held at the German circuit each year and is the perfect breeding ground for performance marques such as Aston Martin to fine tune its designs, not only for racing but also for production cars. Participants range from amateurs in small road legal cars with roll-cages and harnesses to professional factory teams racing ex-DTM cars so competition is always fierce.

Aston Martin now plans to field a pair of V12 Zagatos, the green one you see here and a race prepped version of the red example first revealed a week ago at the 2011 Concorso d’Eleganza Villa d’Este, in the highlight of the VLN series, the Nurburgring 24 Hours endurance race, which this year kicks off on June 24.

Returning for the grueling event this year will be Aston Martin CEO Dr. Ulrich Bez who will help race one of the cars. You may recall Bez participated last year in the Rapide race car that the automaker fielded.

Before then, however, both V12 Zagatos will return to the Nurburgring on June 11 for the 51st ADAC Reinoldus-Langstreckenrennen VLN race as final preparation for the 24 hour even later that month.

As for production hopes, Aston Martin would only comment that the company has a strong track record of bringing its show cars to production reality, which is a fairly strong indication that a limited run of V12 Zagatos is planned.

For full details on the Aston Martin V12 Zagato, click here, and for a video of its menacing exhaust note, click here.