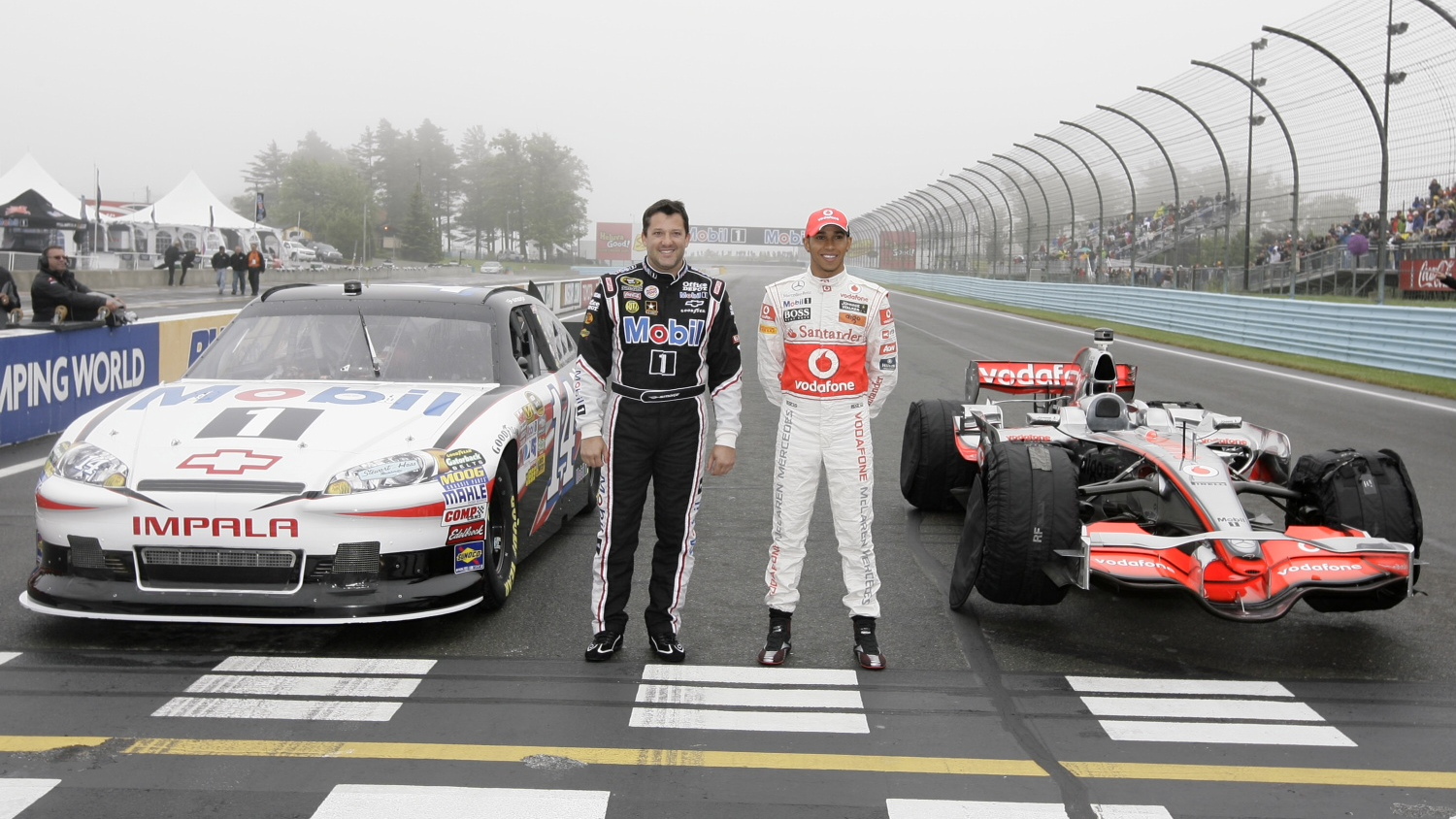 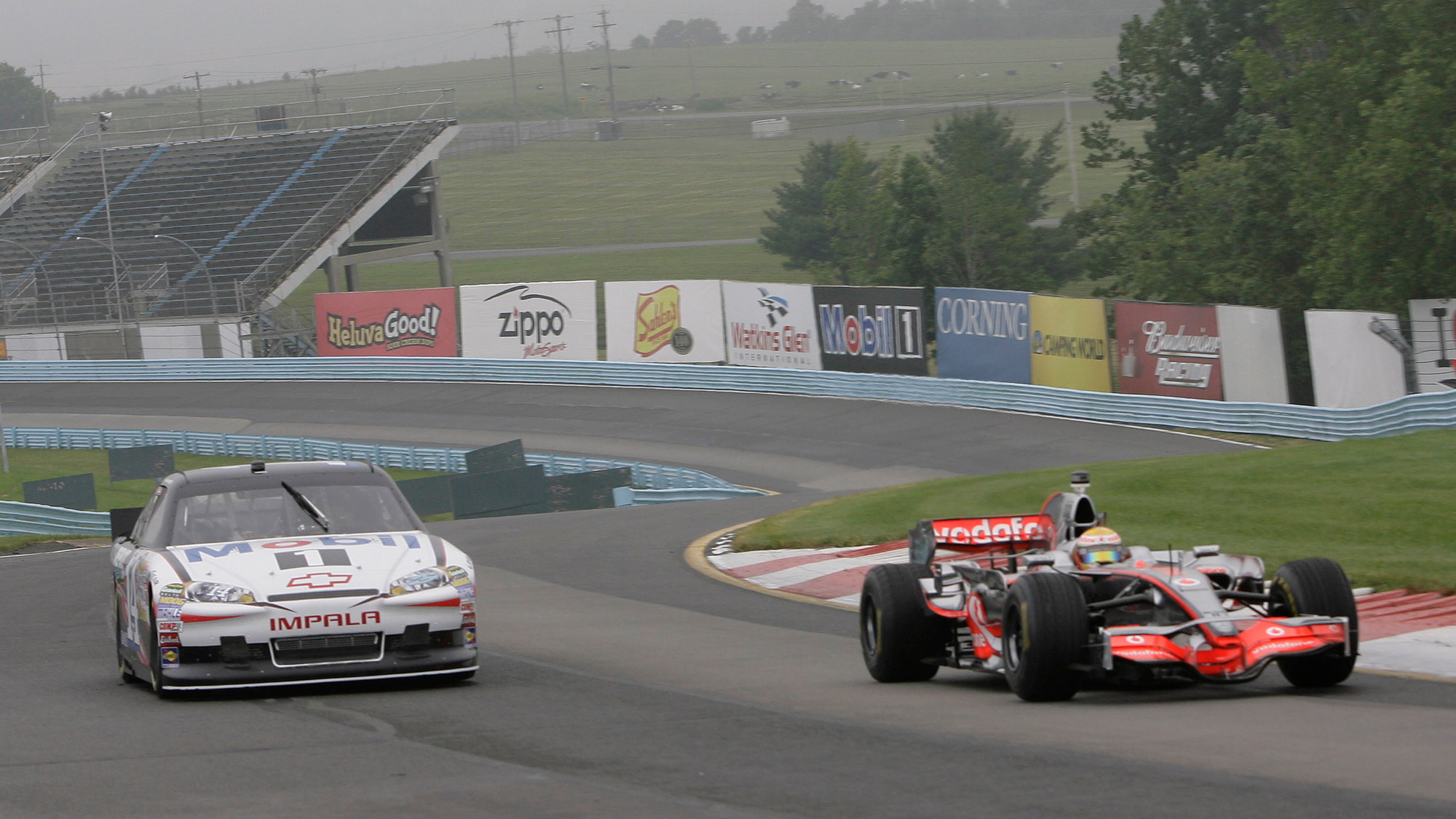 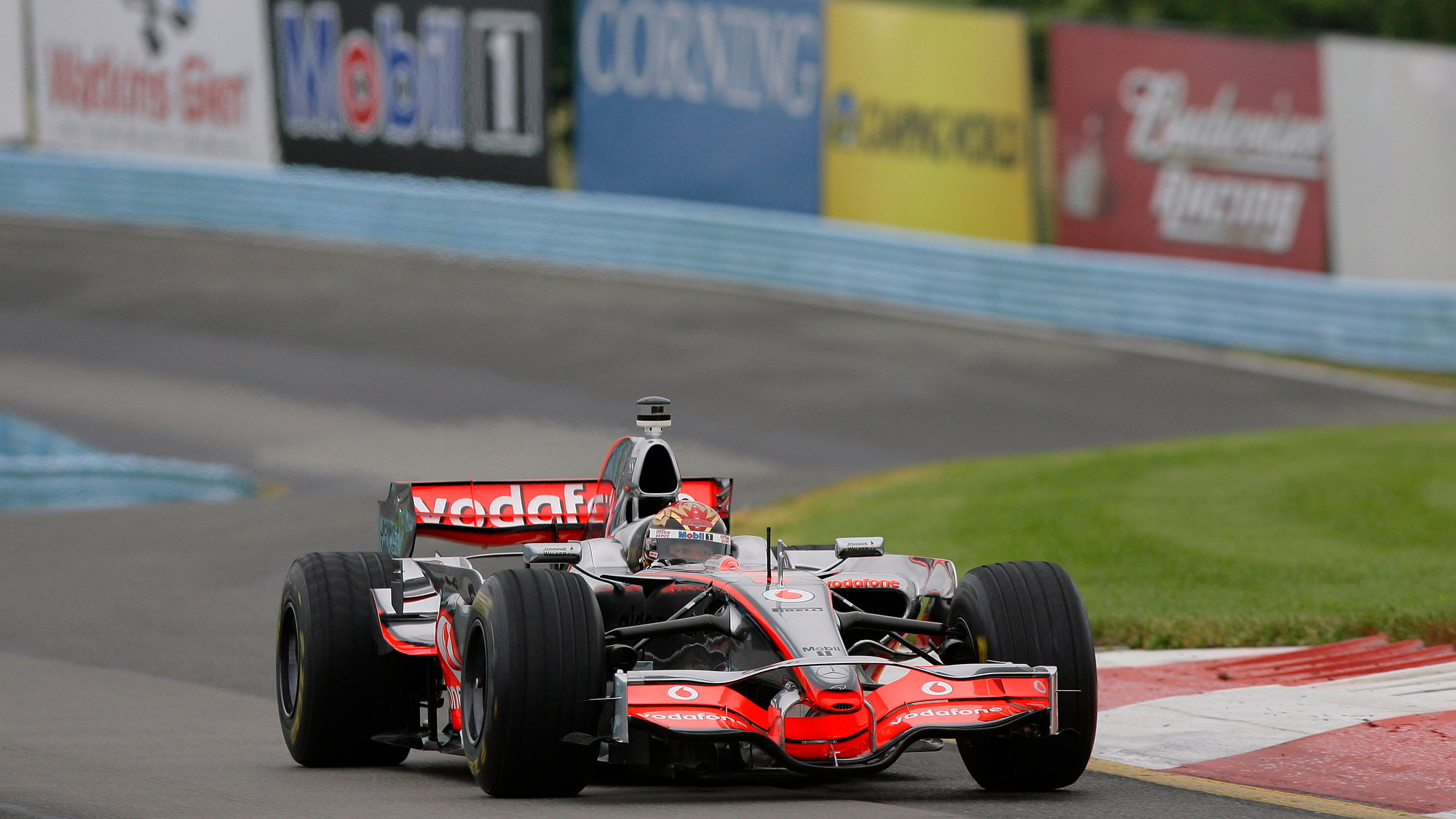 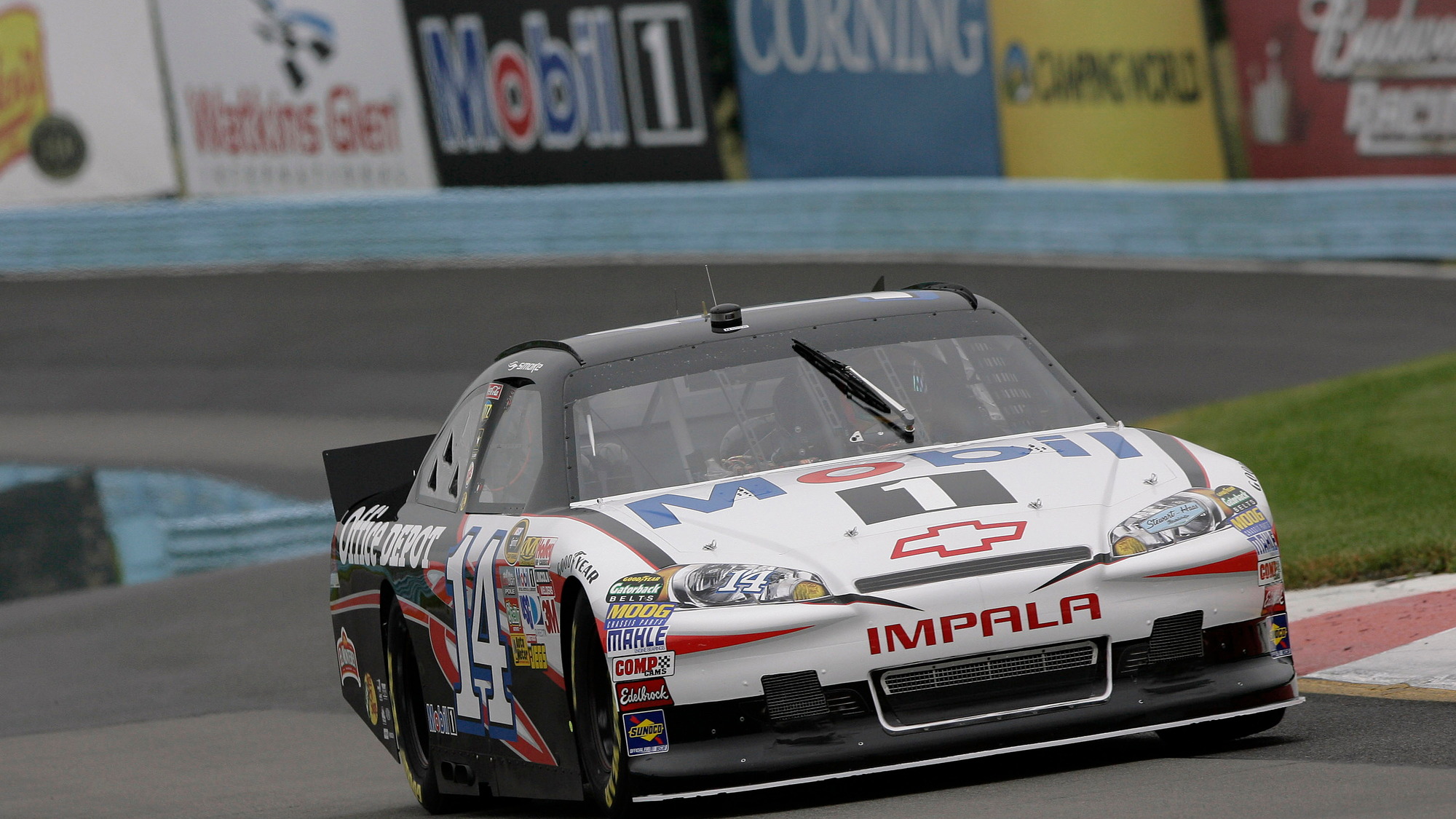 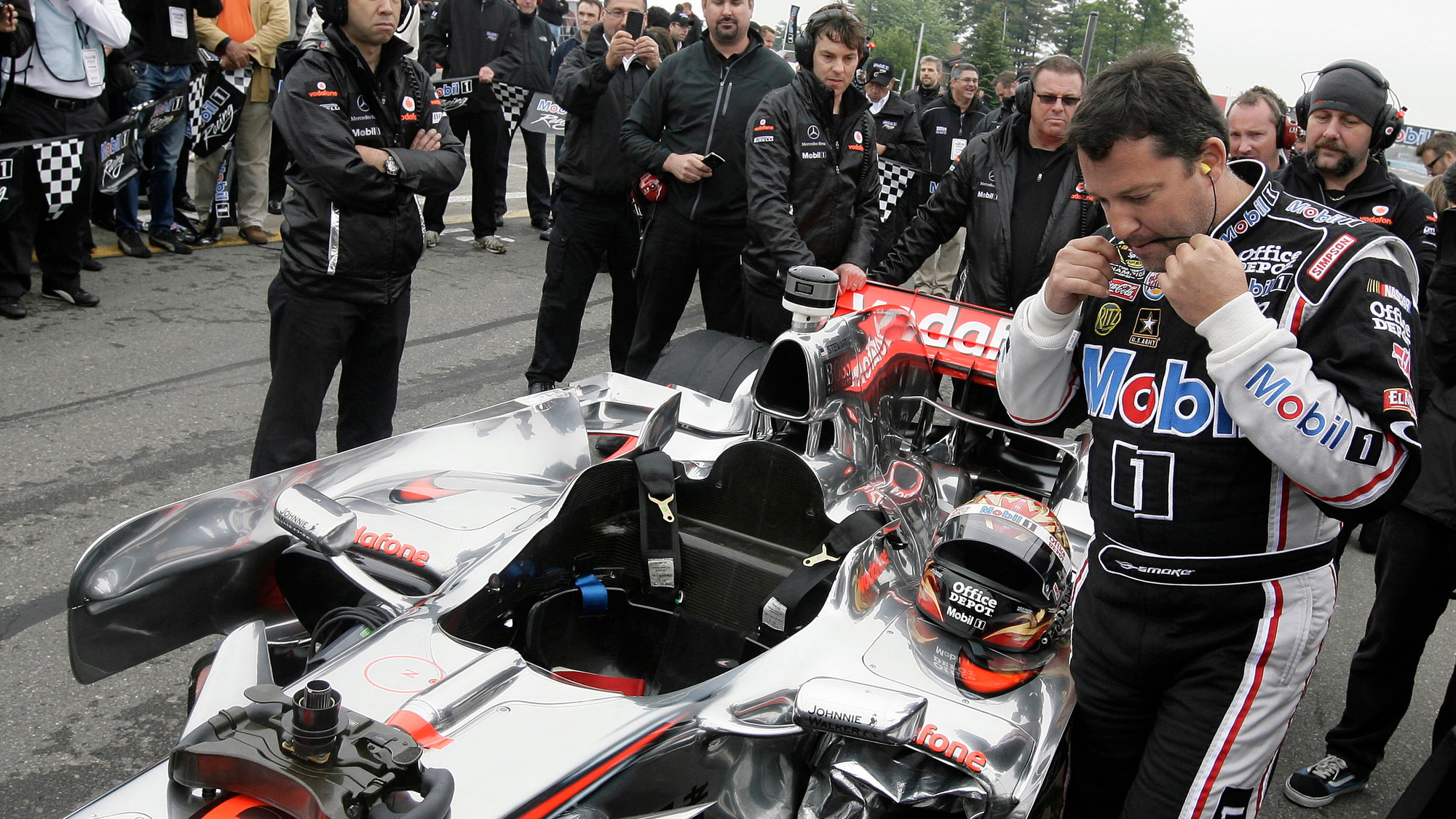 Tony Stewart and Lewis Hamilton just finished their Mobil 1-sponsored car-swapping exhibition at Watkins Glen International, with Hamilton taking the wheel of Stewart's 850-horsepower, 3,400-pound NASCAR Cup car, and Stewart driving Hamilton's 760-horsepower, 1,411-pound McLaren F1 car--and they both had to do it in the rain.

Stewart's used to an engine that's about 250 percent larger than Hamilton's, and Hamilton is used to a whole lot more downforce than even a Cup car can provide. Even so, Hamilton noted that some skills transferred readily from F1 to NASCAR, including braking and throttle control. He even said the Cup car "handles realy well. It's absolutely fantastic."

Stewart also remarked on the capabilities of the F1 car, saying he's familiar with downforce from his IndyCar experience, but "not this level of downforce." He went on to say, "I think probably the thing that stood out the most was how incredibly efficient and good the brakes are, how far you can go."

Stay tuned for more details and for videos from the event, due soon.