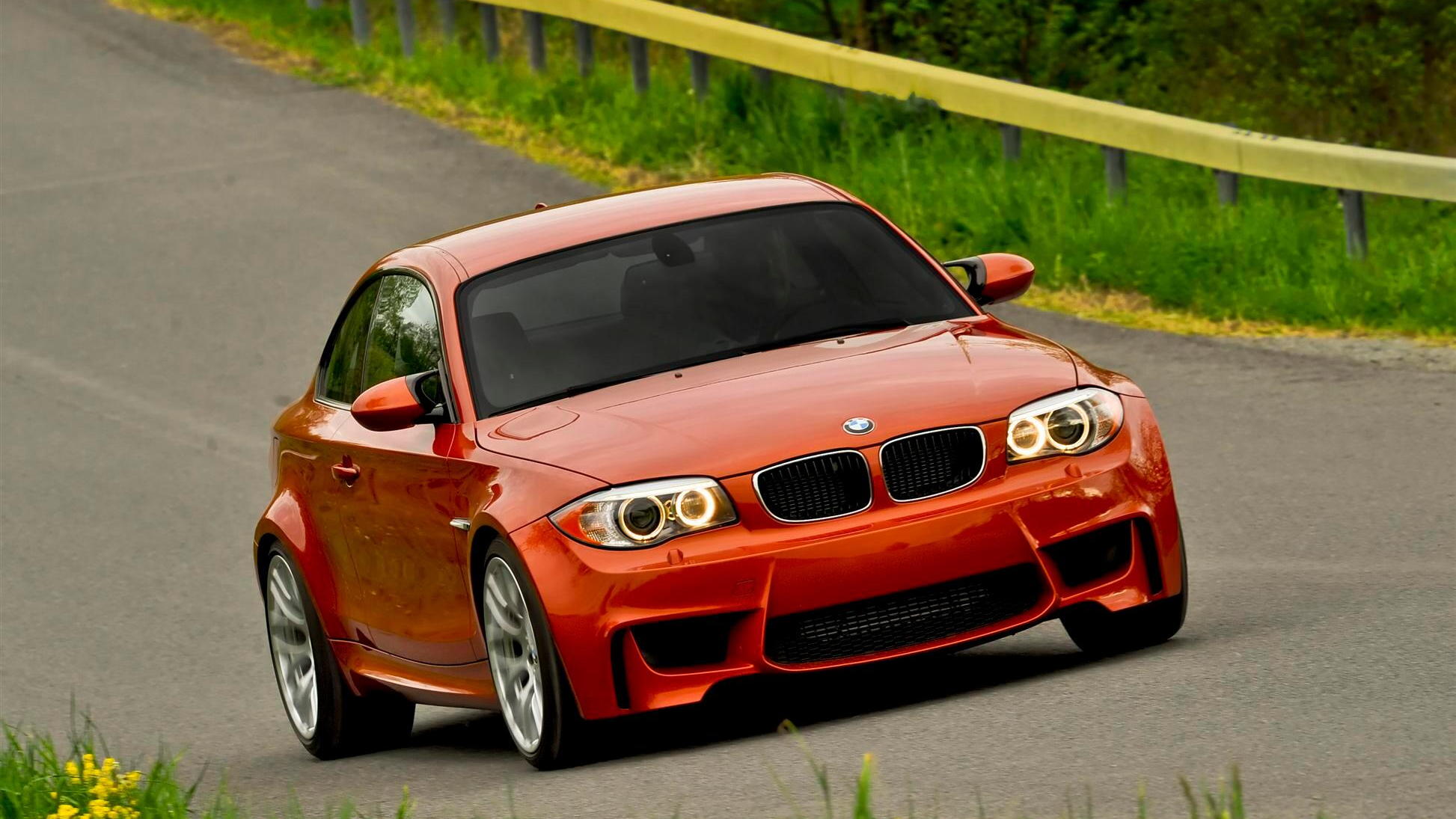 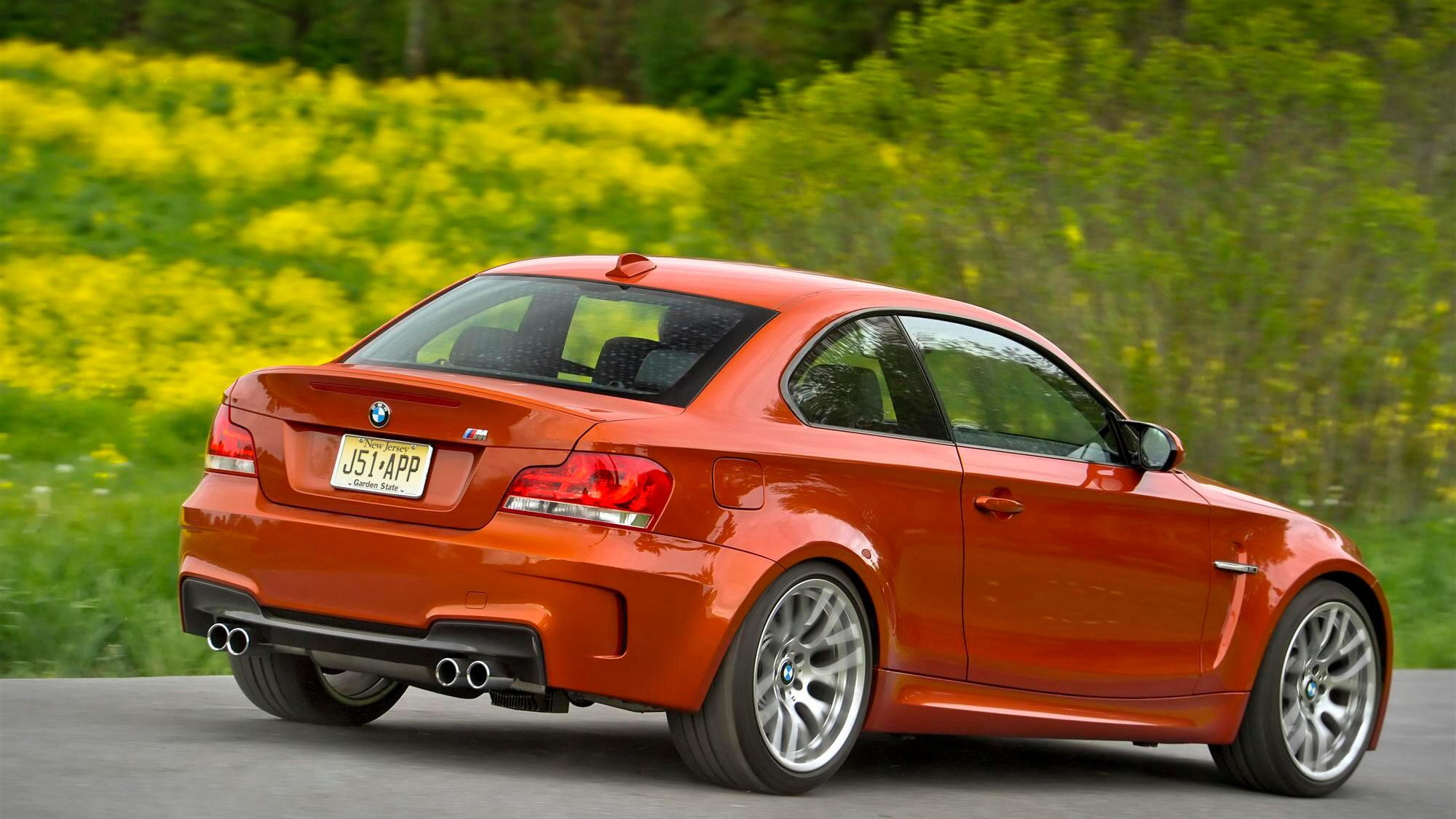 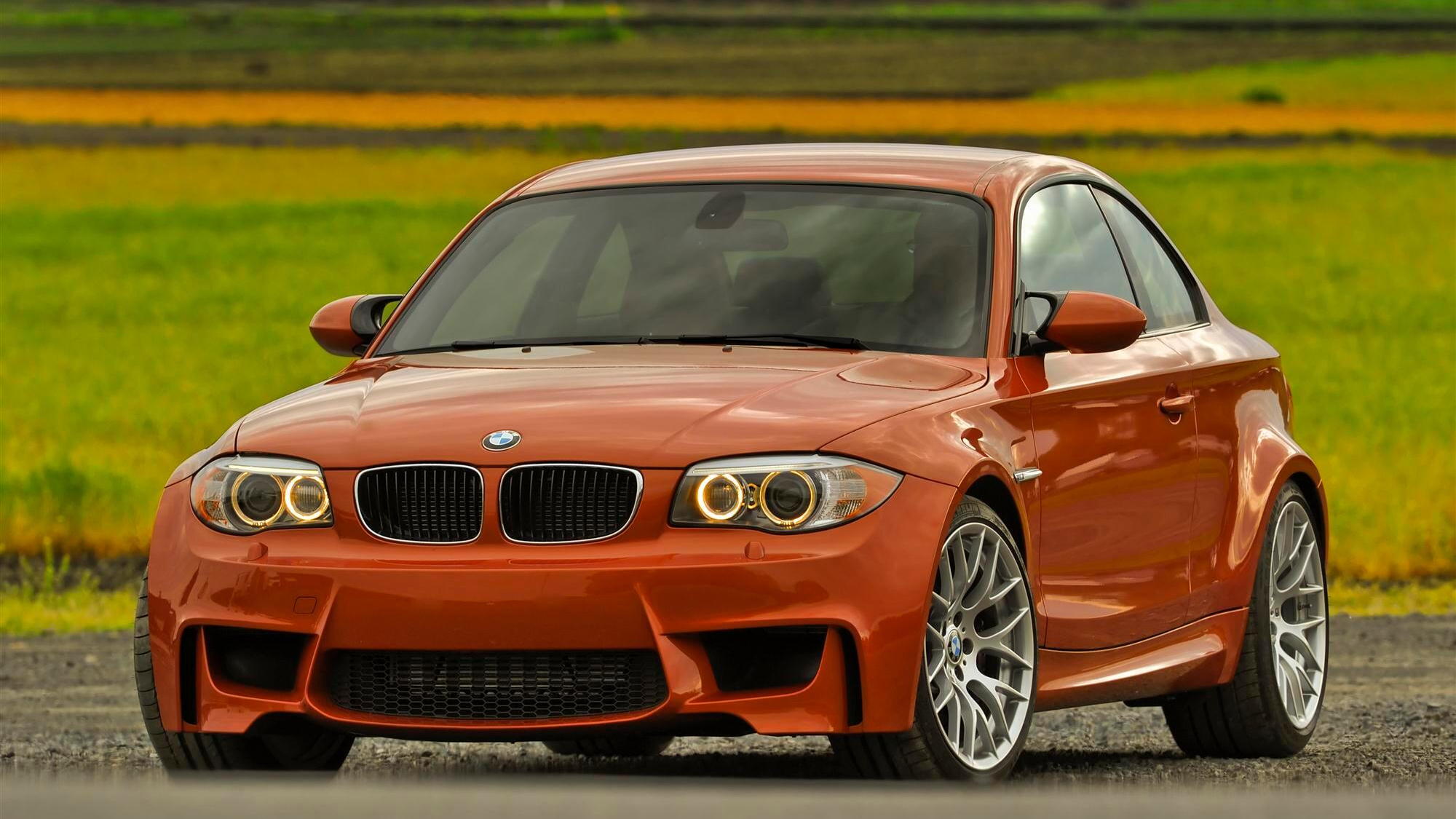 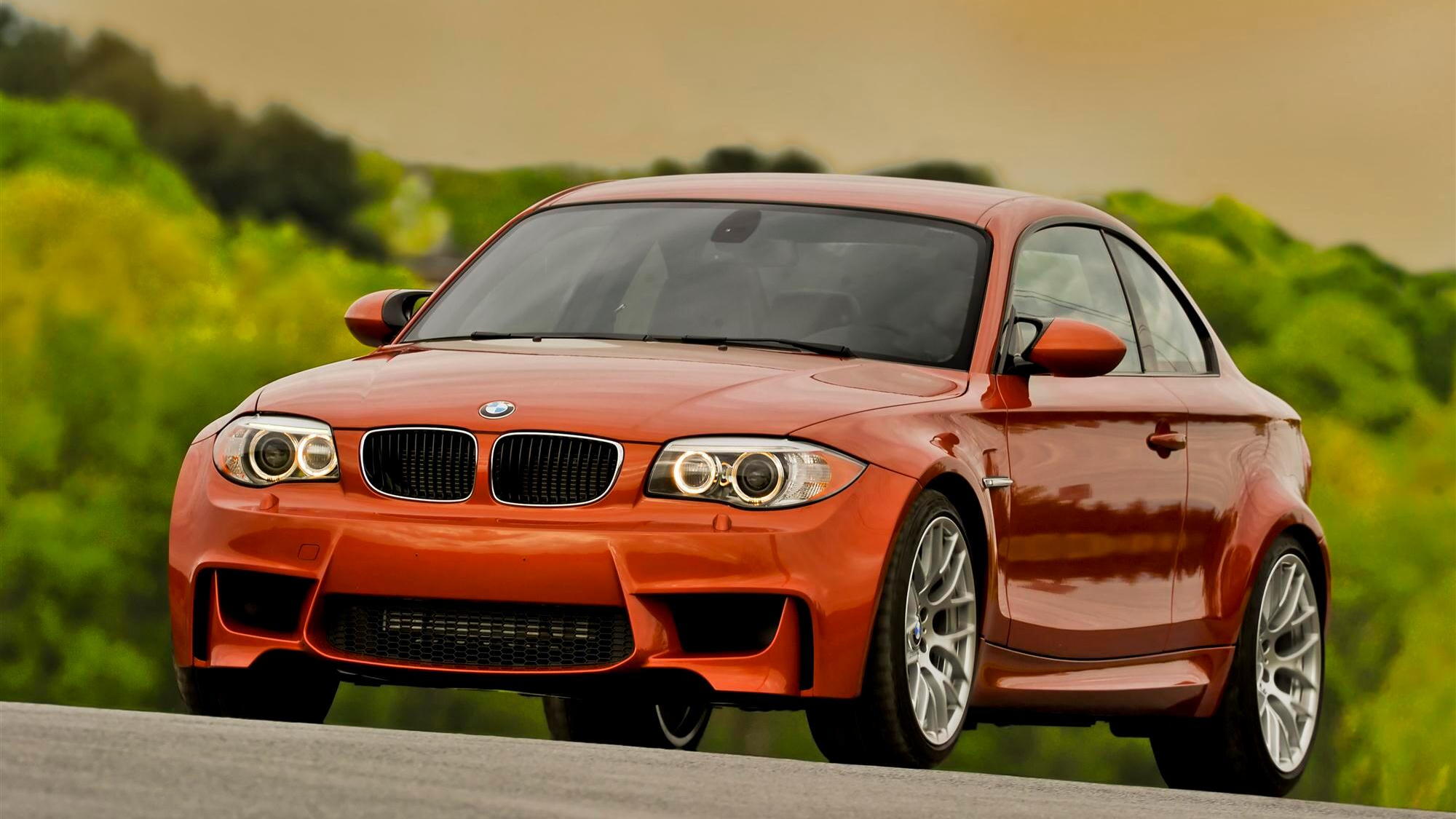 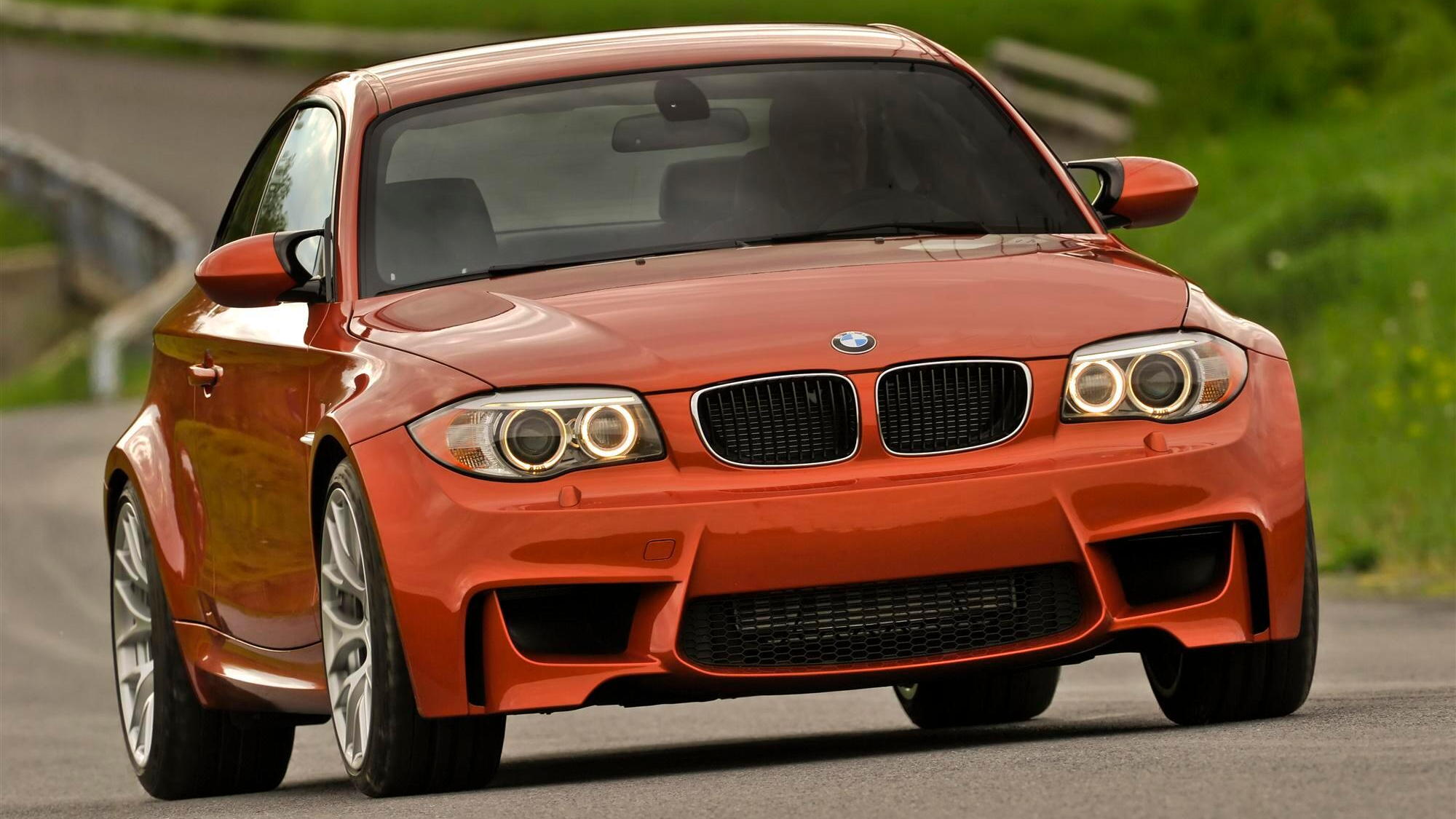 You may have already read reviews of the 2011 BMW 1-Series M Coupe (aka 1M), but if you have, you've likely suffered through strained historical analogies, detailed comparisons to previous M cars, and sheets of performance data. You'll find a minimum of that here. Instead, I offer you a fellow enthusiast's take on the car, filtered through the desire for a nimble, focused, affordable car that'll get you to work and get you seat time at the track with equal ease and ability.

The forum for my analysis: the official BMW North American press launch, held en route to and at Monticello Motor Club, where BMW brought me briefly to test the car. It was a limited day-long engagement, restricted to a few hours of open road driving and a dozen or so stop-and-go laps. Not enough time for a full evaluation, but enough to get the overall feel of the car.

This is a parts-bin car, from the ground up. Read the spec sheet, and there are only a handful of parts actually unique to the car--and those are mostly body panels. The 335-horsepower, 369-pound-feet of torque (in overboost) N54 twin-turbo inline six under the hood is found in the new sDrive35is models, and is itself a hotter version of the engine that drove most of BMW's lineup before the revised, refined, twin-scroll/single-turbo N55 came along last year.

That's not to say the 1-Series M Coupe is merely the sum of its parts. Borrowing brakes, differential, and wheels from the M3, adding its own unique take on M Dynamic Mode (MDM) and its full-performance track mode, as well as an aggressively relaxed stability/dynamics control system, the 1-Series M Coupe is, in fact, the M car I'd buy if I were going to buy one.

Despite being built largely out of Black Forest ham, the 1M feels like it's 100 percent USDA lean beef. Bomb into a corner on track at 100 mph, leave the braking until anyone foolish enough to ride with you is mentally asking themselves if their last will and testament is up to date, and the 1M will surprise you: those mere 245-mm tires up front will haul you down to entry speed and have enough left for turn-in as you trail off and get ready to nail the apex. Attacking the esses? No sweat. Transitions feel easy and free, with only the weight of the steering wheel fighting you. Excessive body roll--something I've come to expect as a given for nearly any production street machine, even many "performance" models--is not present.

Leave the M Dynamic Mode (and therefore some of the stability control) engaged, and you'll find the car is pliable, letting you play a bit with slip angles before reining you in, though tending always toward safety, understeer, and late throttle application. Turn off the nannies and unleash the platform, and the car comes truly alive. Its relatively short wheelbase will keep you at a razor's edge of attention to hold yaw rates down and maximize exit speeds, but it will also more gladly point in to an apex, carry a slight four-wheel drift, and, should the mood strike you, hang the tail out and let the smoke fly. Through it all, I felt the car could benefit from more rubber on the road, but it uses what it has deftly.

In short: the 1M Coupe is like a gourmet pork rind. It's a pig, but it's light and airy at the same time.

(Apologies for the wind noise, but track regulations required that we keep the windows down).

Despite the on-track composure, the 1M retains the ability to soak up bumps and dips. It's not as serene a highway ride as a 335i, but it's not far off. That, if you've had any experience speccing or tweaking your own car's suspension, is something akin to black magic.


The roads we drove--those of New York and New Jersey, both highway and by-way--were far from the worst we've driven (Michigan, we feel for you). They were also far from the glassy, undulating, blessed strips of asphalt we know and love in our secret middle-American playgrounds. There were holes and ripples and cracks and dips--yet the 1M Coupe sidled by, even at a solid clip, with no complaints from its passengers.

Perhaps, spending more than a quick day's dash with the car, I'd find the ride tiresome, the engine note a bit too brash, the black cabin oppressive, the thrum of tires on pavement too loud. But that will have to wait for a more thorough test.

There are many kinds of beauty in the world, from the subtle, rolling grasses of the plains to the noise, light, and energy of New York City. So, too, are there different beauties in cars. No subtle, sleek, and stealthy thing is the 1M. It's all curves and bulges, grilles and lips.

But they're all (or nearly all, anyway) in the right place, and those that are a little off give it character. It's a design that's well beyond the restrained swagger of the typical M car, and it fits its role as the brash little brother as much as its does its innate performance. It may not satisfy every eye, but it does mine.

At the finish line

So why would this be the M car I'd buy? Why, especially, when the M3 is just about 10 percent more expensive, and so much more car? Not so much because of what it is, but because of what the 1-Series M Coupe isn't: it isn't 400 pounds heavier, it isn't $5,000-$7,000 dearer, and it isn't more than 10 percent slower. It is still fully capable of speeds, corners, launches, and general hoonage that is well beyond the legal limit of any locality, and also able to go far beyond the limits of almost any driver likely to buy it on the track. And it does it for less than any other M car.

To top it off, it's a limited edition, all but guaranteeing long-term resale value and collectibility. That M3 convertible with 108,000 miles on it? Not so much.

But even beyond the cold calculations, the 1-Series M Coupe is just fun to thrash on the road or the race track. It reminds me more of the E36 M3, as it it's less spartan and sprightly than the E30, and its torquey wall of thrust feels utterly unlike the S14's pitchy four-cylinder. But the E36 was a great car. And now you can get one that's a dozen years newer and even more refined.

Disclaimer: BMW flew me out to Newark, put me up in a Marriott Courtyard hotel for a night, and fed me lightly from moderately good buffet lines to bring you this drive report.