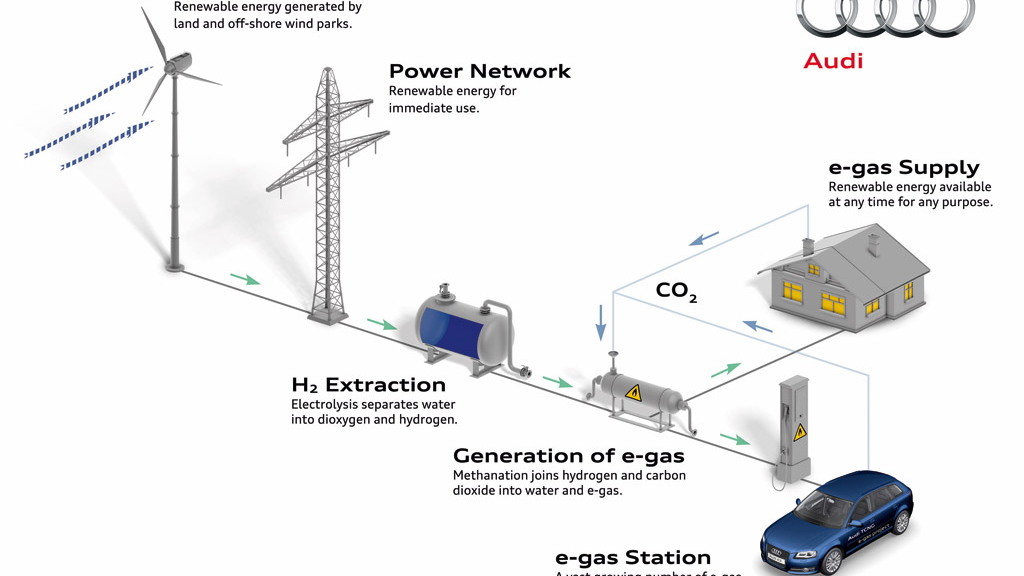 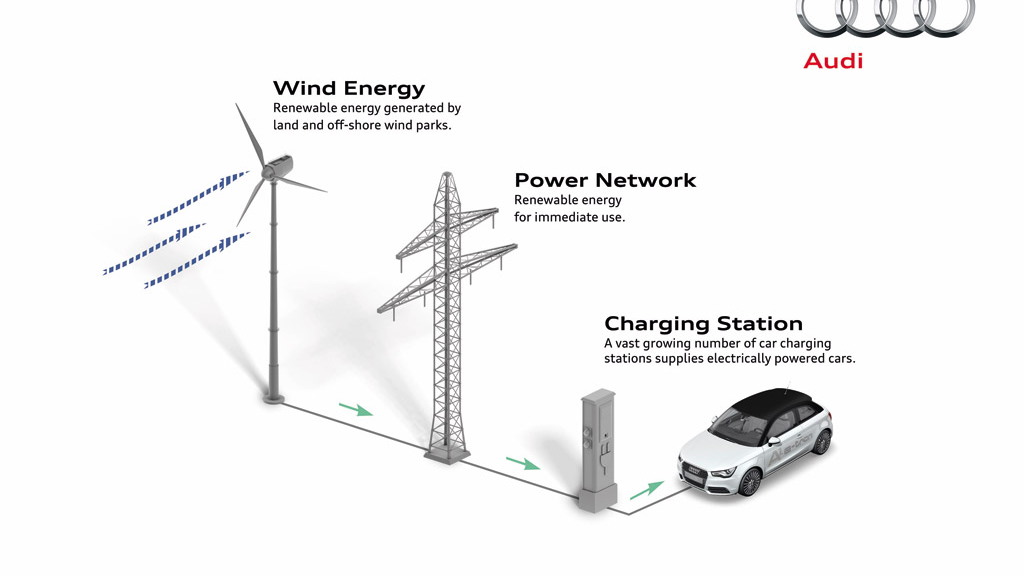 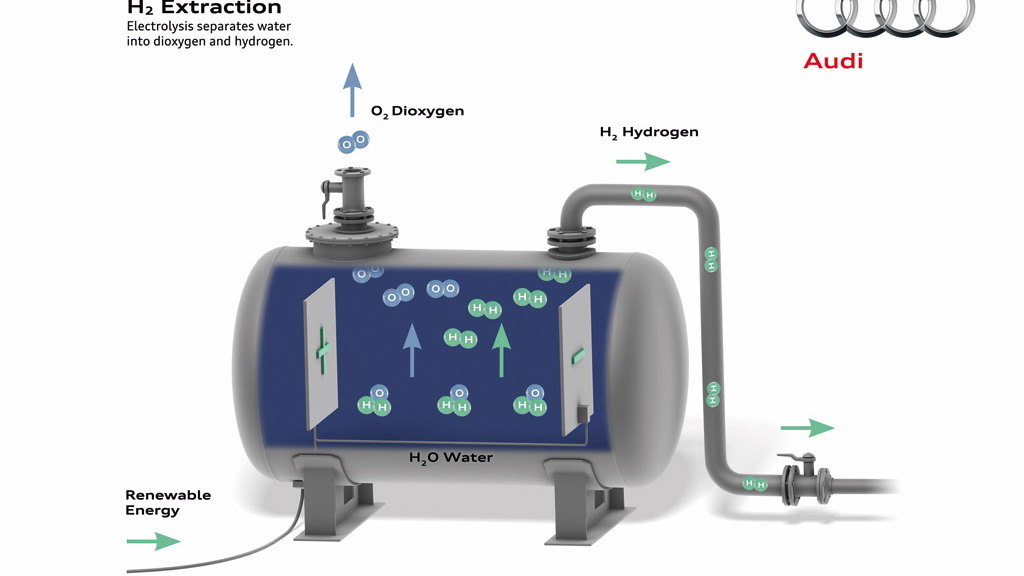 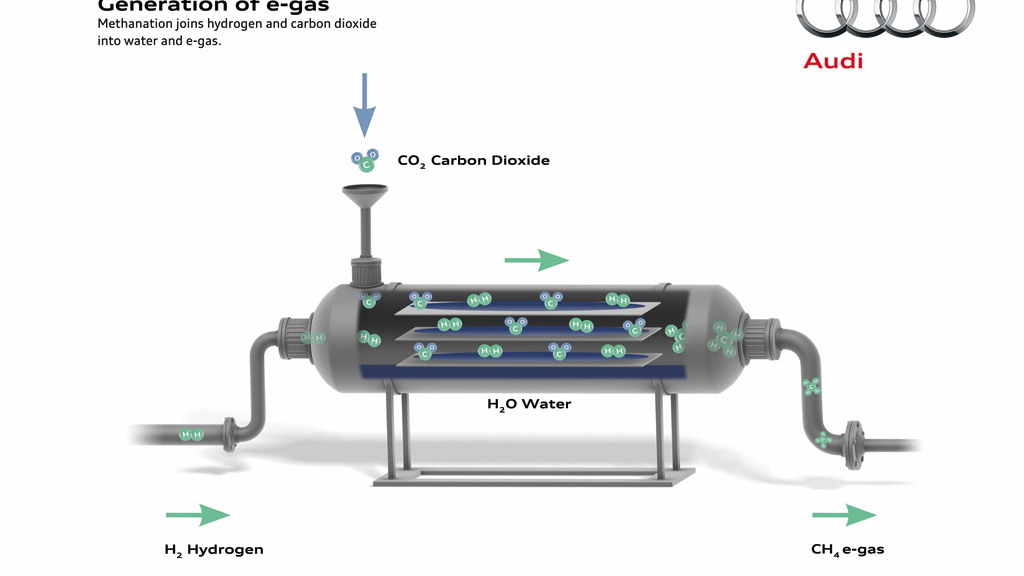 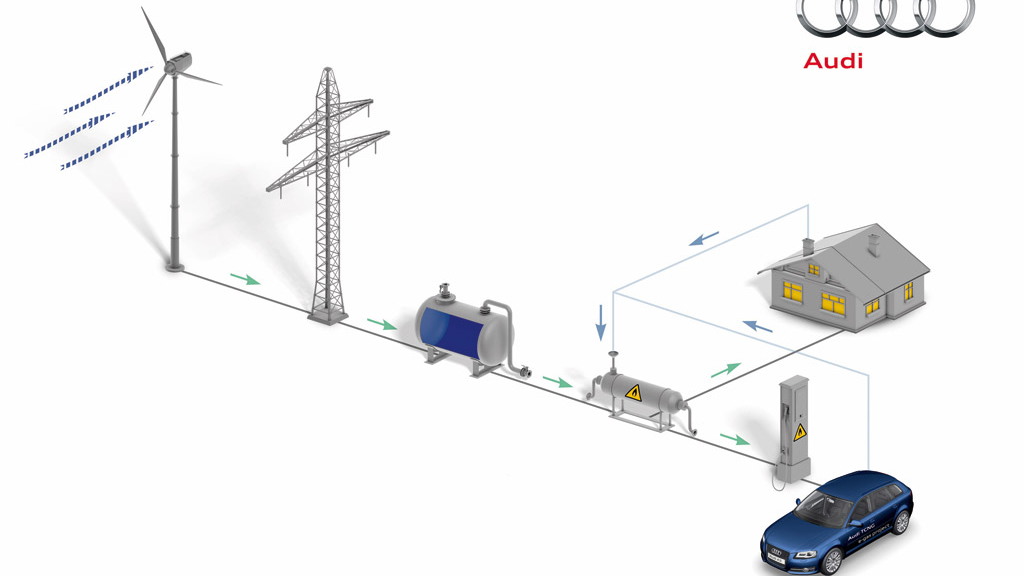 One of the greatest arguments against electric cars is not their limited range, low top speeds or long charge times, but the fact that their electrical power is usually generated by means of heavy polluting coal burning power stations or potentially worse nuclear reactors.

Audi acknowledges this and hopes to alleviate the issue in the future by becoming a completely CO2 neutral automaker. No, we’re not talking about planting a whole bunch of CO2 absorbing trees like some other automakers have done.

Audi is launching a new initiative dubbed ‘Audi balanced mobility’ and a pivotal aspect of this initiative is the ‘e-gas’ project.

At a special presentation in Hamburg, Germany on Friday, Audi outlined plans for a whole portfolio of sustainable sources of energy. Whereas some competitors limit themselves to purchasing green power from third parties, the brand with the four rings is becoming directly involved in producing it.

That’s right. Audi plans to produce energy by means of wind farms located in the North Sea. Electricity generated from these wind farms will then be used in several different areas.

A production unit will use some of this wind-generated electricity to manufacture hydrogen by means of electrolysis. Hydrogen can be used in the future as a source of energy for fuel-cell vehicles or, in an additional step, it can be used to manufacture methane. Such methane is known at Audi as e-gas. It is chemically identical to natural gas and can power combustion engines. Starting in 2013, Audi will begin series production of natural gas models whose engines will be powered by e-gas.

The good news here is that the generated e-gas can be piped along existing fuel infrastructure, providing one solution to the pressing issue as to how green power can be efficiently stored.

Of course, electricity generated from the wind farms can also be plugged back into the grid system, providing future electric car owners with an environmentally friendly way to charge up their cars.

All-in-all, thanks to companies like Audi, the future is looking very bright.