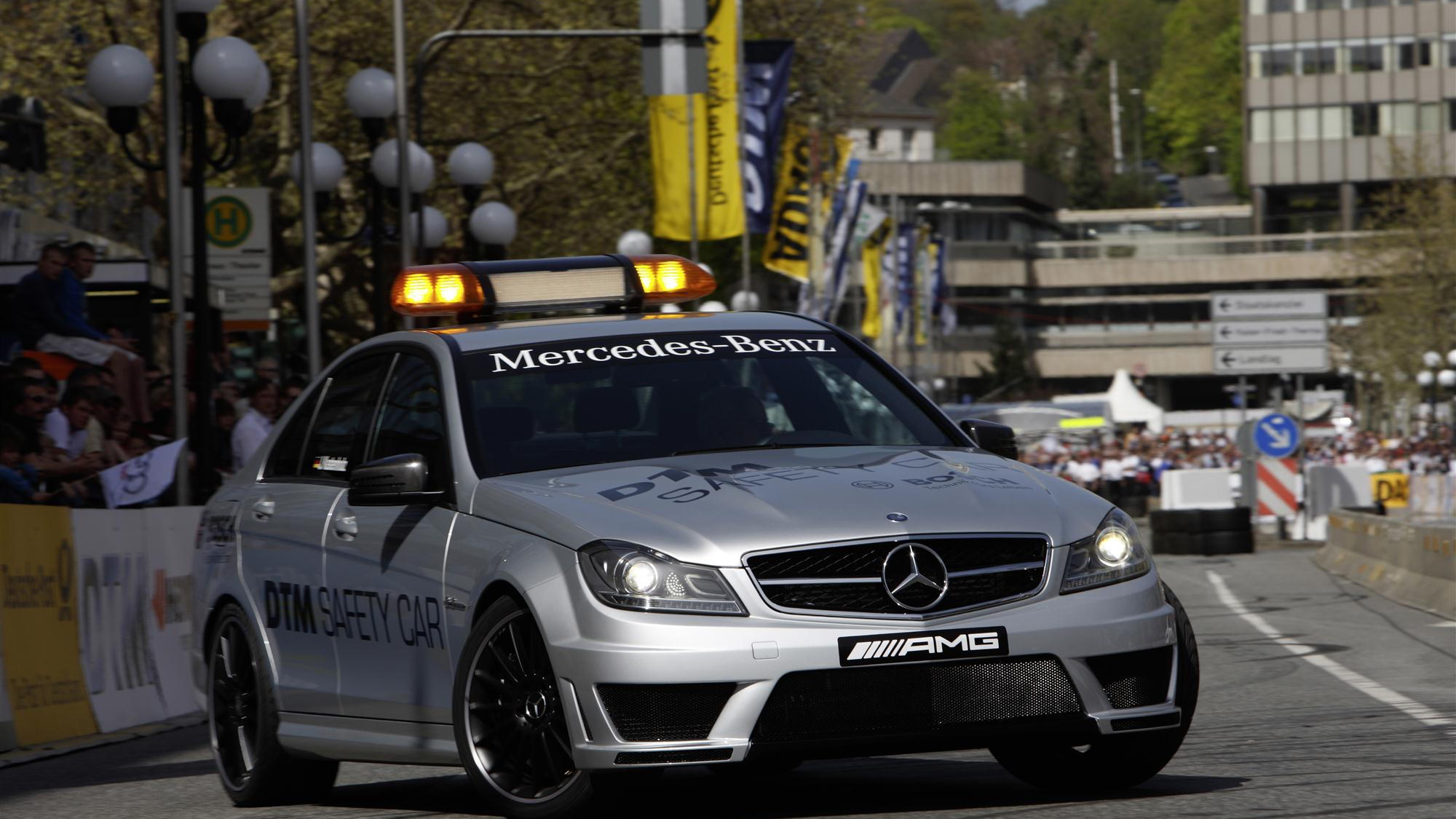 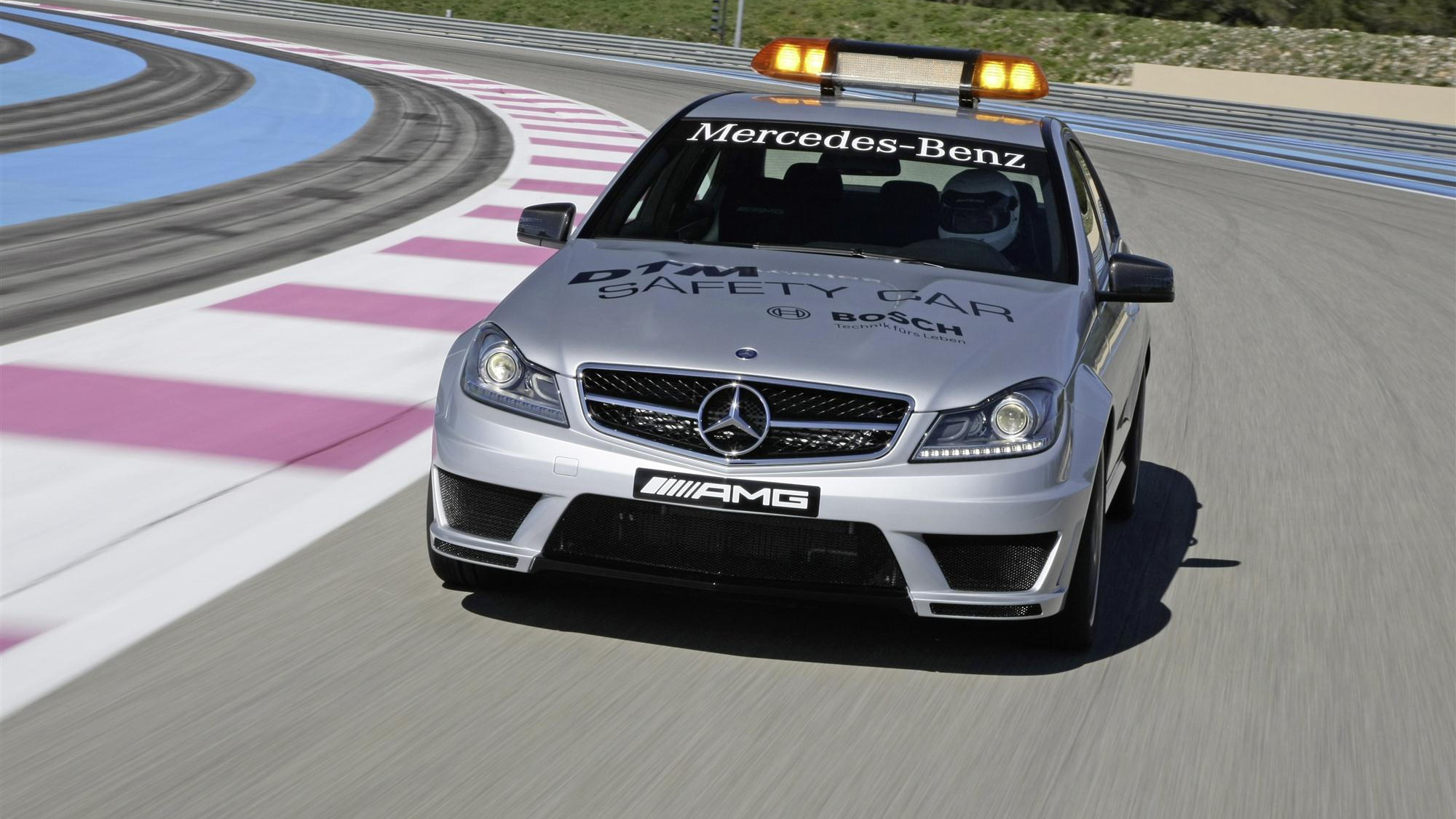 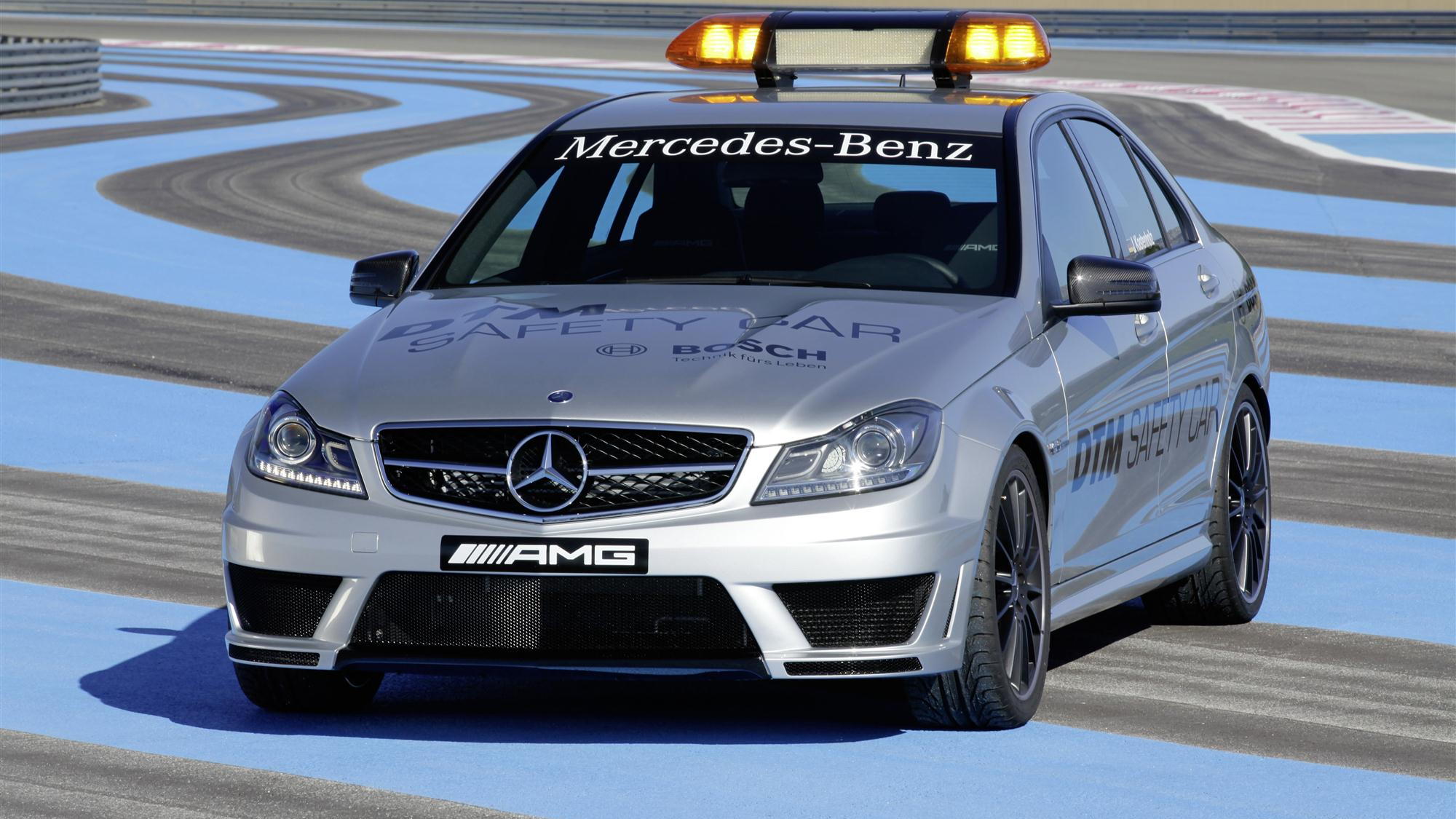 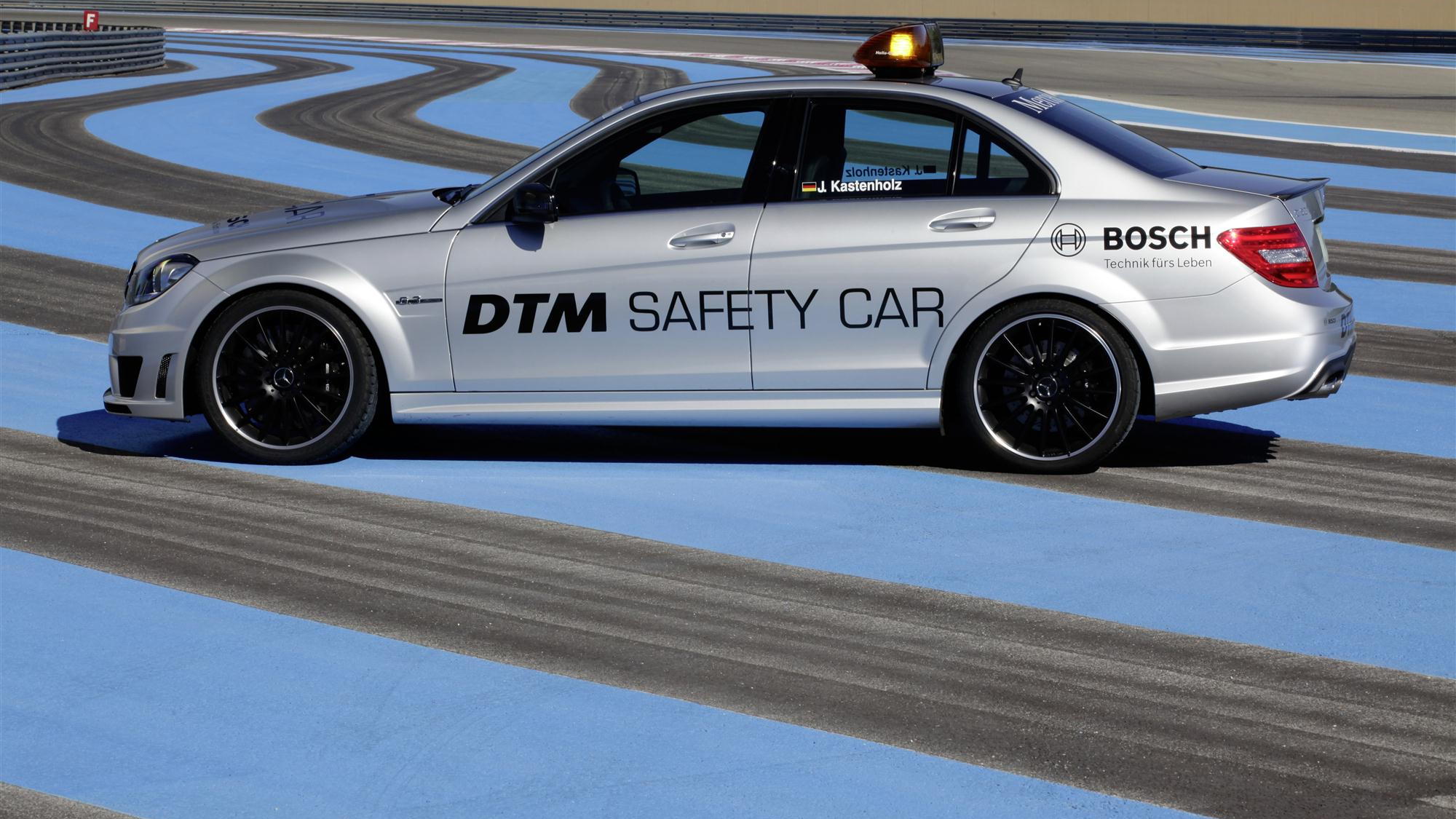 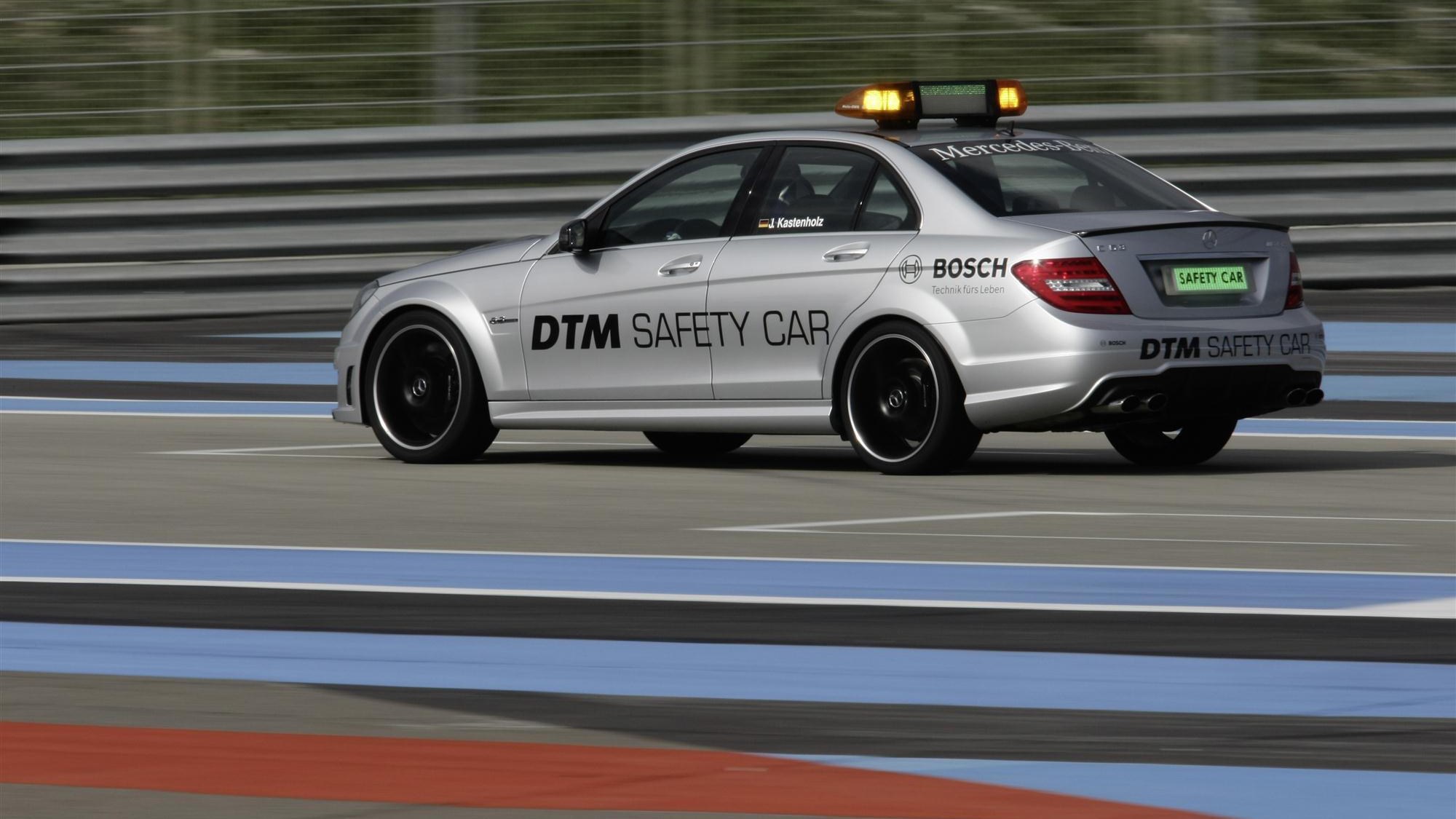 Germany's DTM race series is coming to the U.S. in 2013, but there's no reason to wait until it gets here to enjoy the show. Especially not when the 2012 C63 AMG is the field's official safety car, shown off here in its be-lighted guise--and now with video.

The previous C63 AMG was also chosen for safety car duties back in 2008, so the new C63 getting the nod for the job isn't surprising. Equipped with the AMG performance package, output nips up to 487 horsepower, enabling the car to get to 62 mph in just 4.3 seconds, or 4.4 seconds as a station wagon. Aside from the LED lightbar and other safety gear, the differences from the standard C63 are primarily cosmetic or electronic.

DTM Safety Car logos, a radio and TV monitor for communication with race control, an LED-lit "Safety Car" sign where the license plate would go, and four-point seat belts round out the changes.