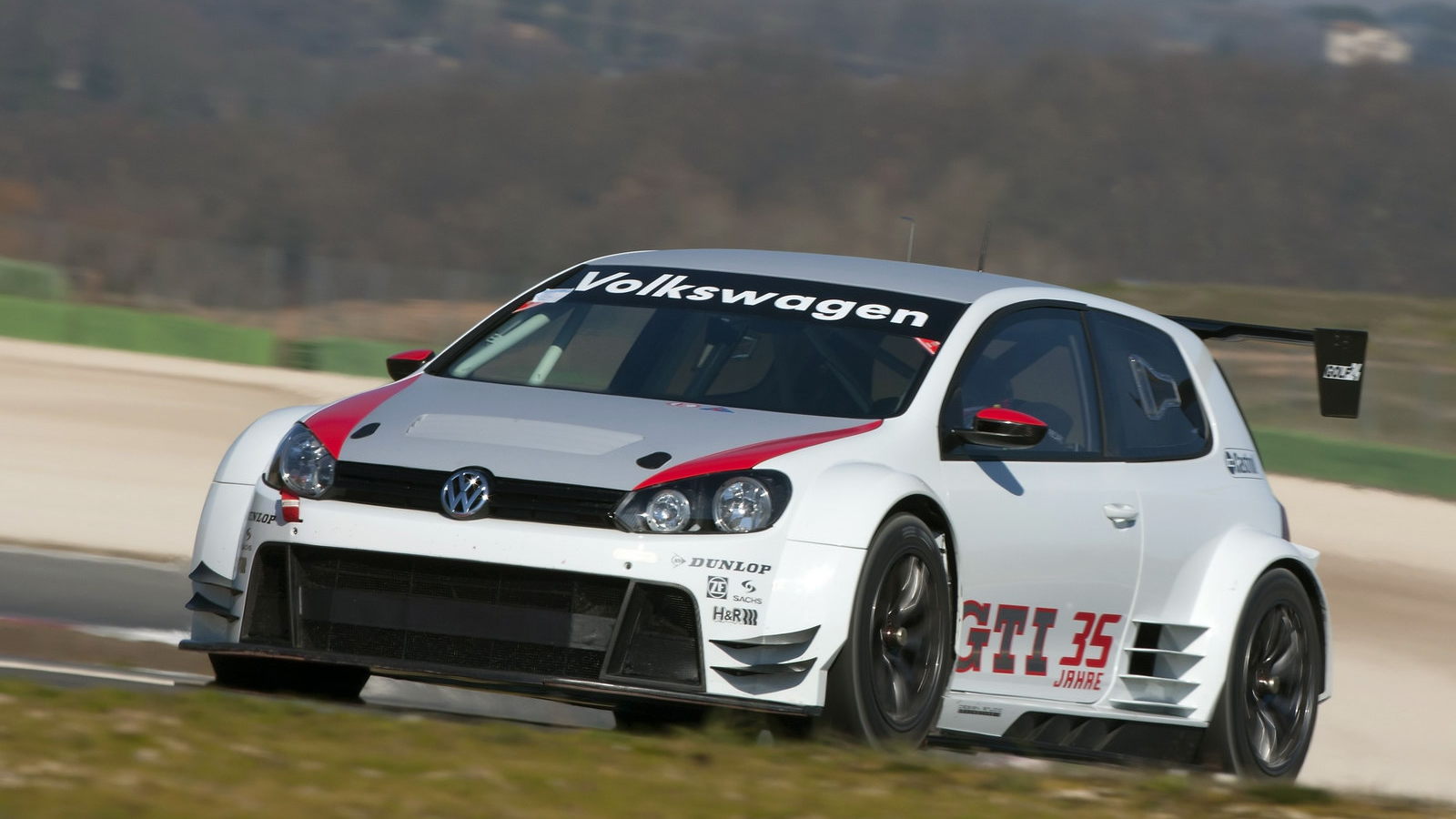 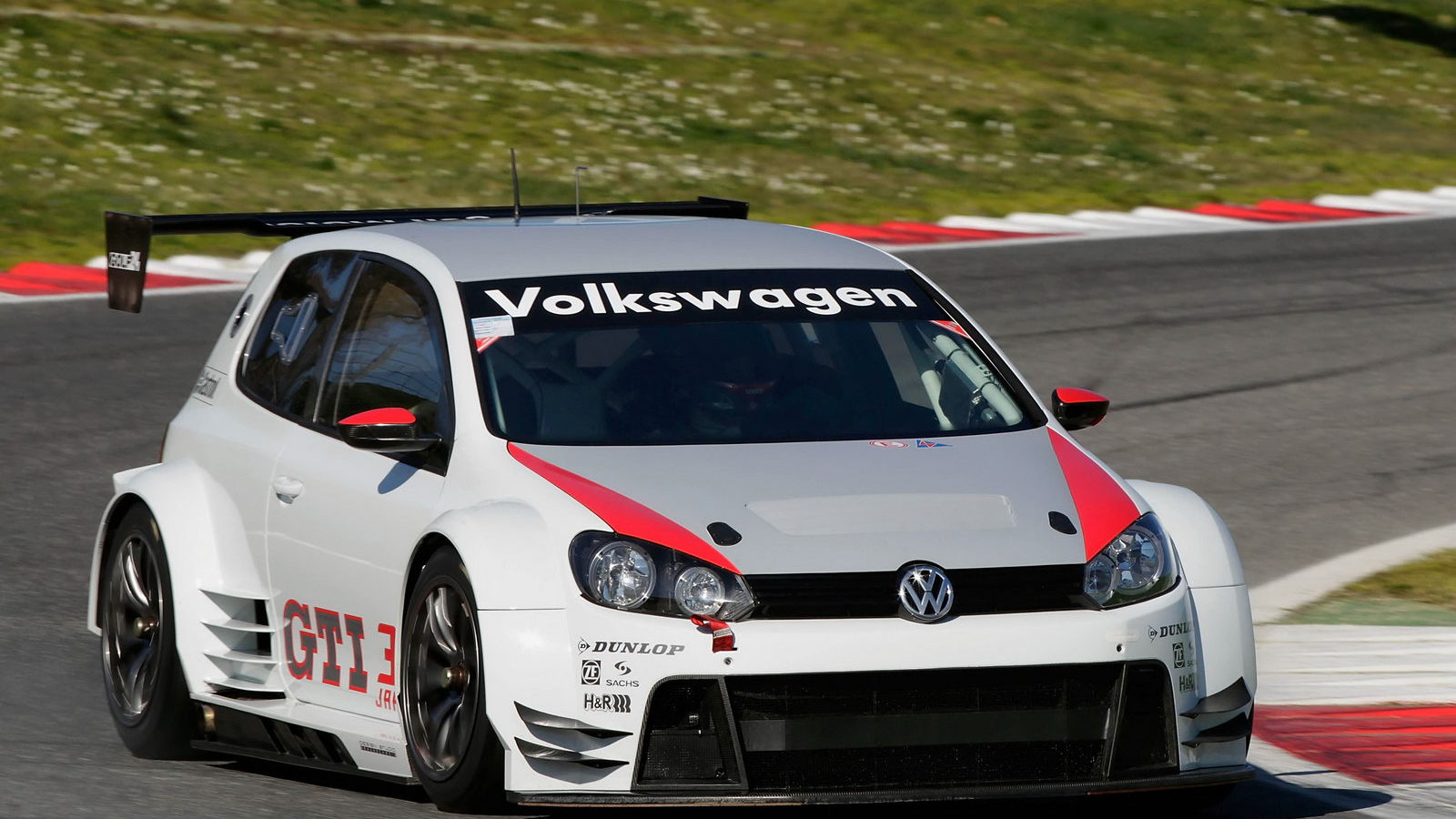 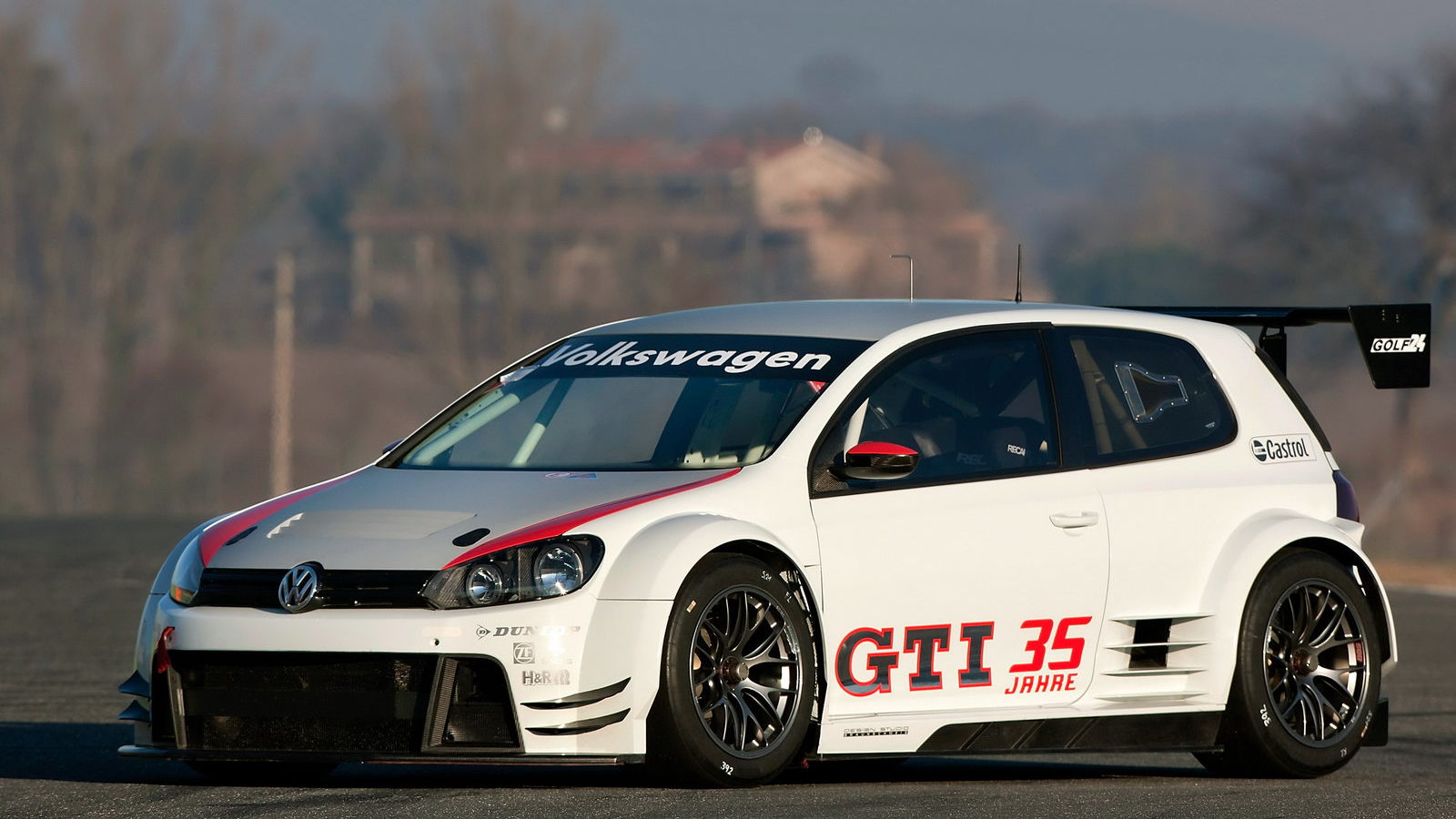 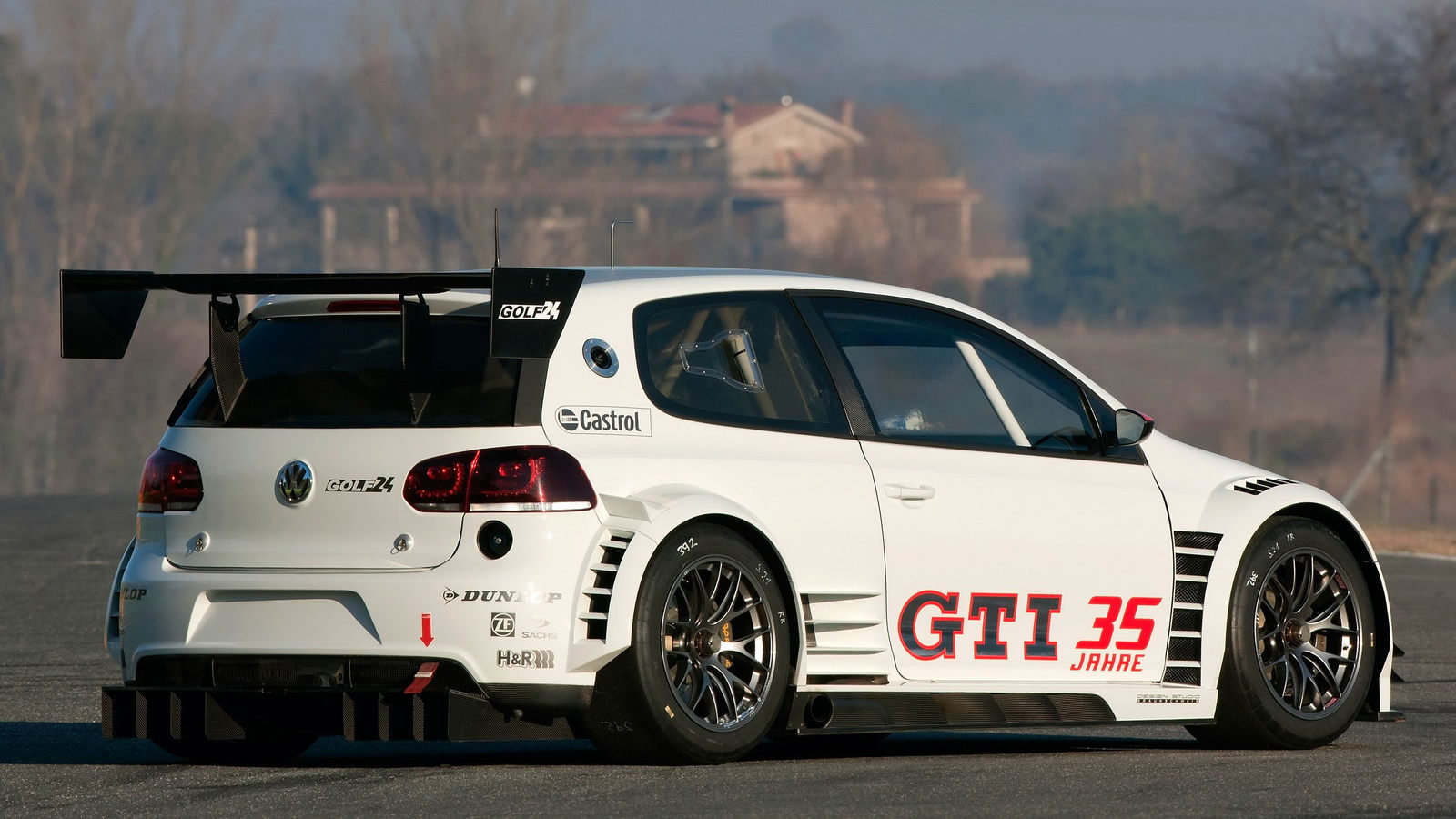 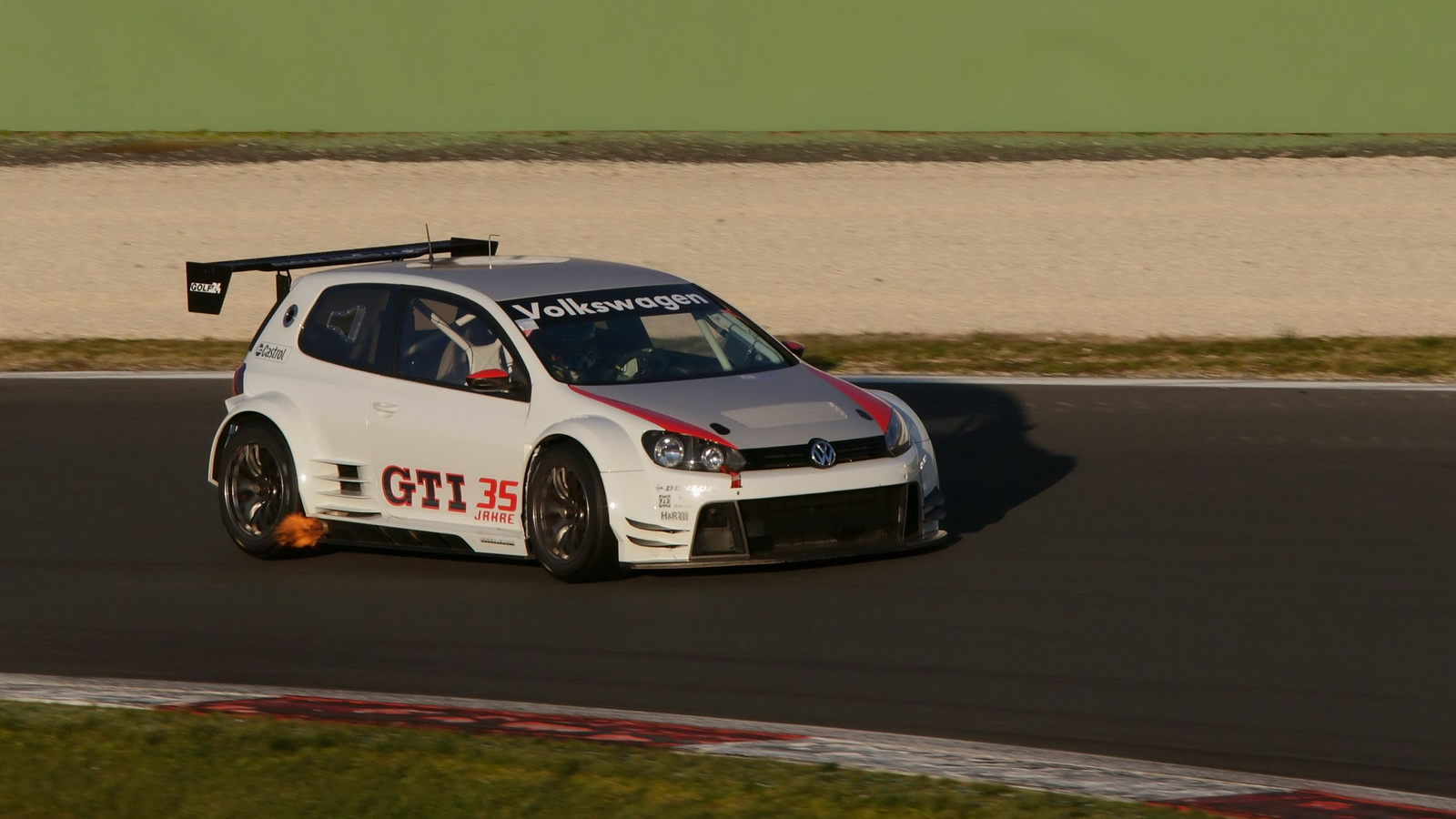 The Volkswagen Golf isn't exactly the first car that comes to mind when you dip into the VW Group's stable of cars looking for something to take racing, but it turns out it's not a bad choice at all, if these images and specs are any indication.

Based on the Golf but packing 440 horsepower, a six-speed sequential transmission, and all-wheel drive, the new Golf24 is ready to run through the gates of the Green Hell. The ADAC 24h Rennen Nürburgring takes place on the 23-26 of June, 2011

"With our spectacular Golf we want to provide an additional highlight in front of a large audience – right in time for the 35th anniversary of the GTI," said VW motorsport director Kris Nissen.

The Golf24 might not sound like it has much in common with the production GTI, and you'd be right: an updated 2.5-liter five-cylinder turbo engine is built into the 440-horsepower beastie in the race car. The production GTI gets a 2.0-liter turbo four rated at 200 horsepower and front-wheel drive only.

More similarities are found with the 2011 Golf R, due in the U.S. later this year or early next. Sporting another 2.0-liter turbo four, but rated at 265 horsepower and matched with VW's all-wheel-drive system, it's the tamer street-going cousin of the Golf R.

Aerodynamically, and visually, there's little similarity, however: the Golf24 looks more like a DTM racer with more canards, flaps, and wings than the average brace of ducks.