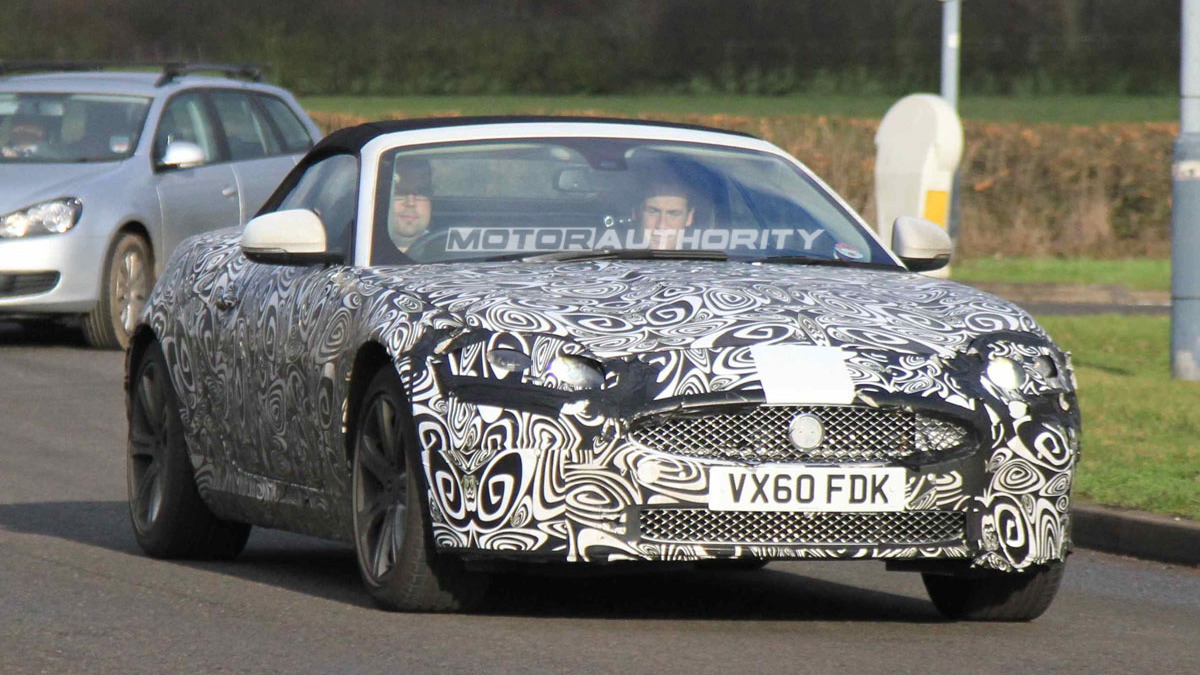 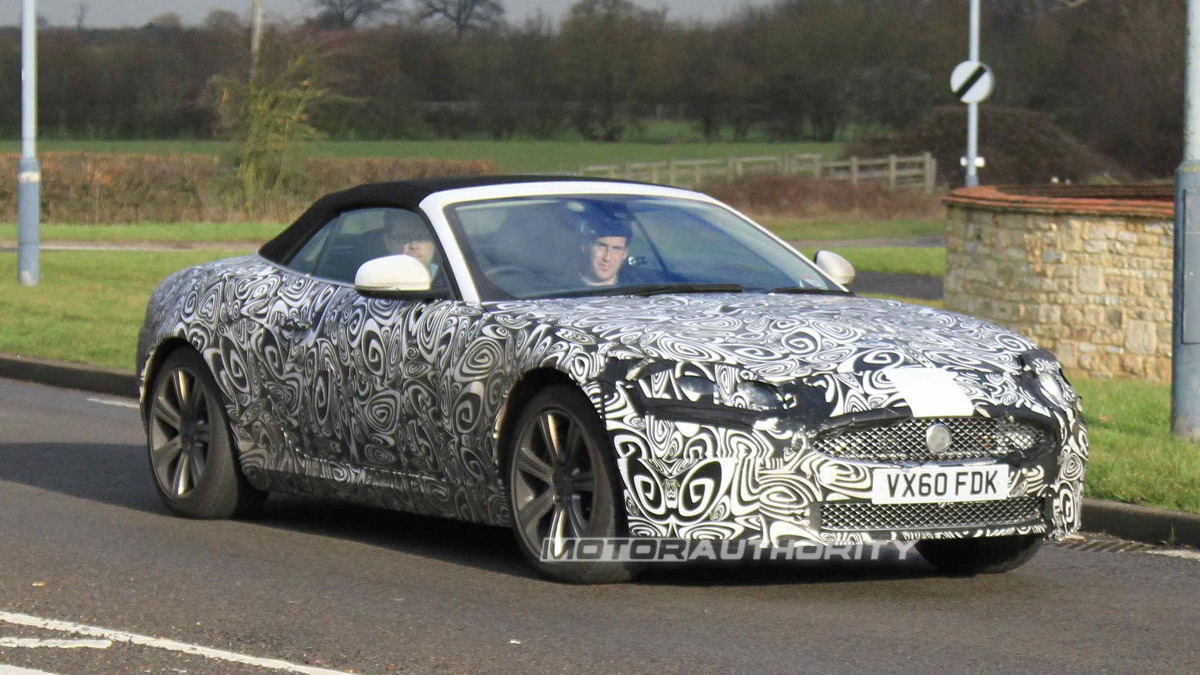 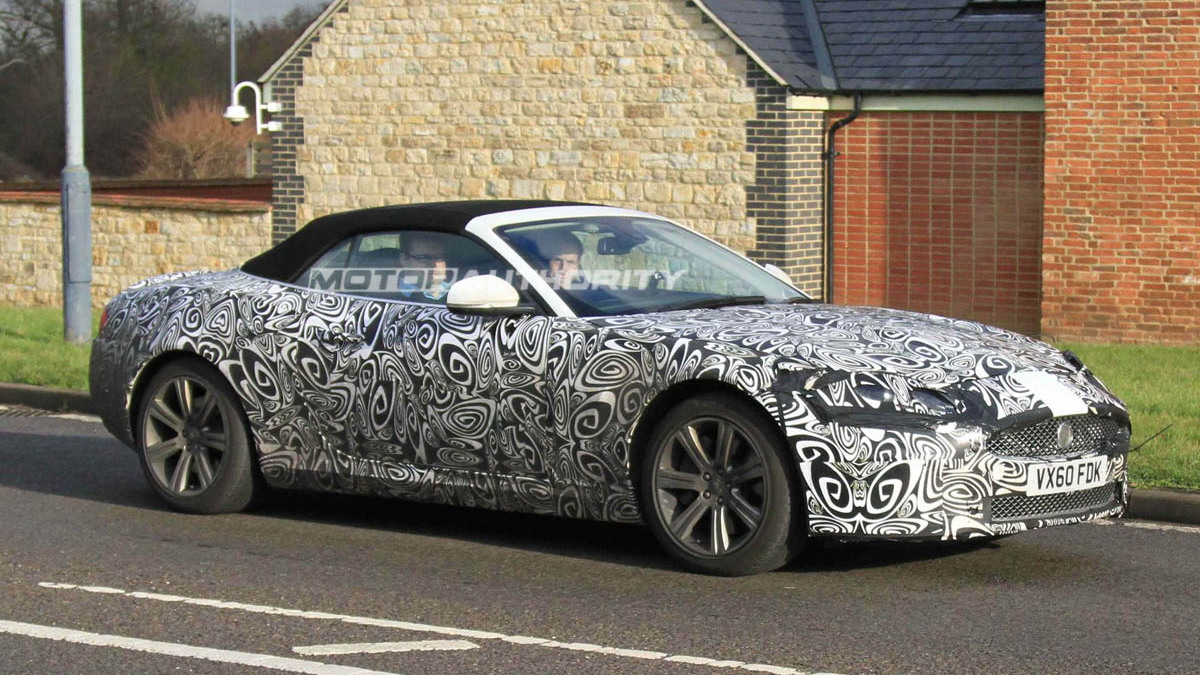 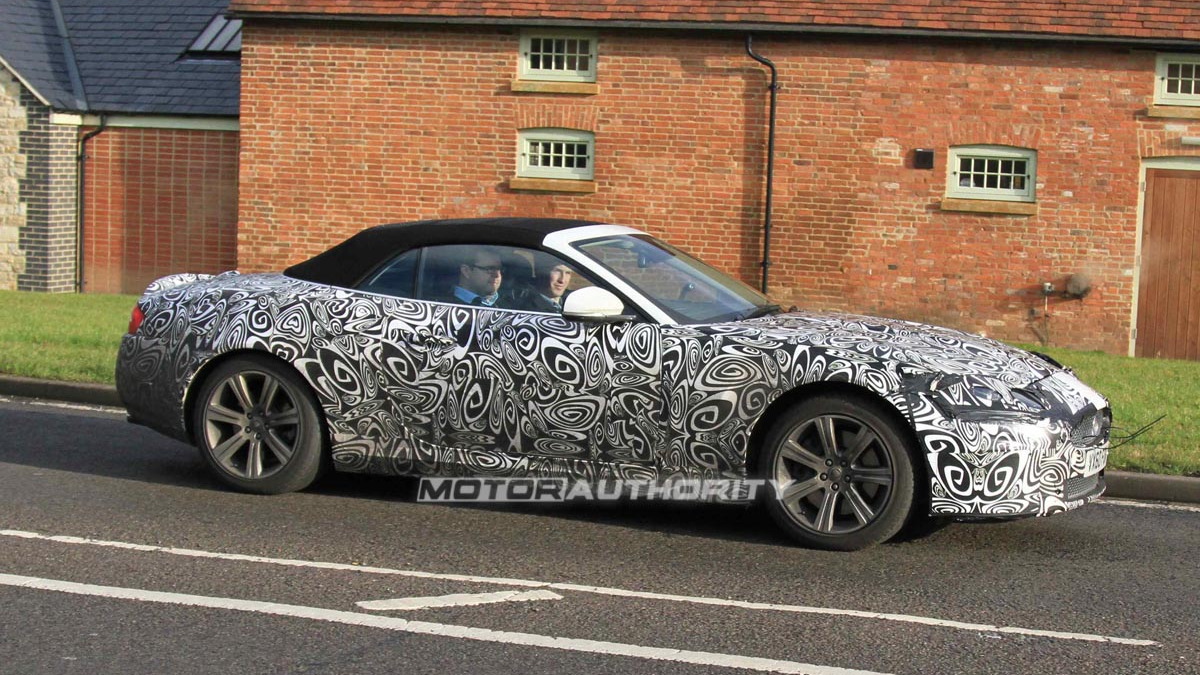 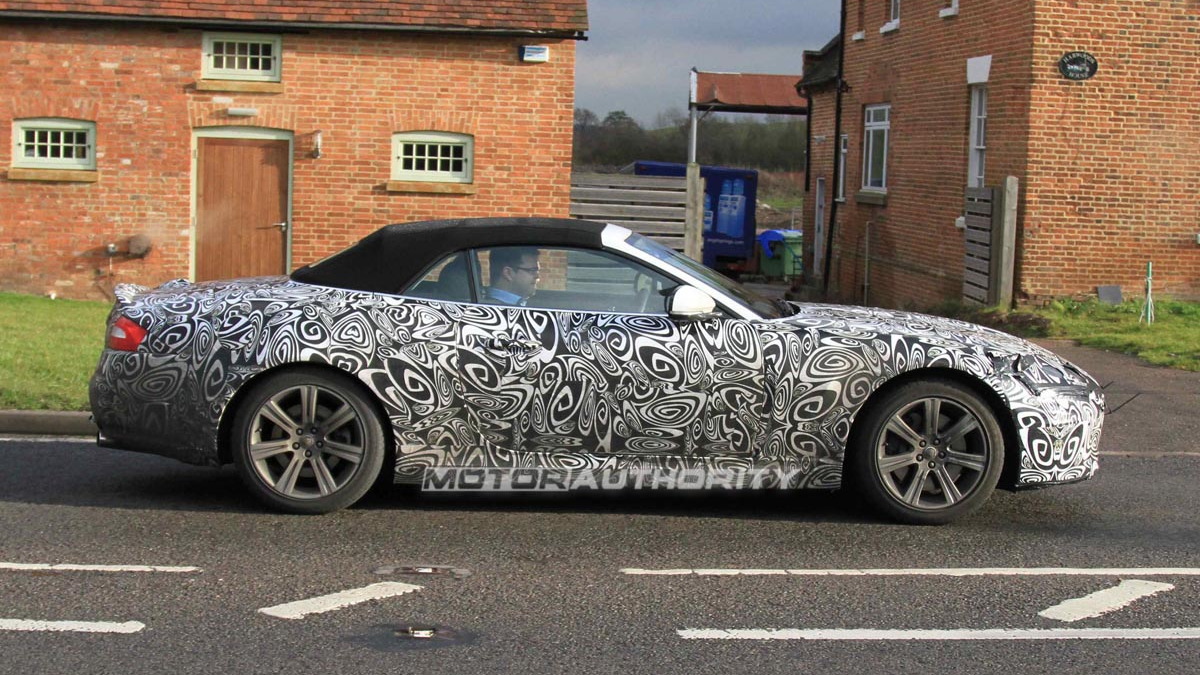 We've already brought you shots of the 2013 Jaguar XKR, and now we have the convertible, non-R variant fresh from the testing grounds. Due in late 2012 as a 2013 model, the whole XK family should share the look of the drop-top seen here.

The differences are, as tends to be the case with Jaguar, evolutionary rather than revolutionary, with updates to the front and rear fascia putting a new look on the familiary profile. That's not to say the car won't be heavily revised beneath the surface, however. The interior should also see some freshening.

Powertrain plans for the next XK are still in the dark, but we'd expect the current range of V-8s to carry forward, possibly with technical updates to reduce emissions and/or increase power.

The current XK fields a 5.0-liter V-8 rated at 385 horsepower in the coupe and convertible versions, with the XKR adding a supercharger to the mix for 510 ponies. Six-speed autos are the only option throughout.

Stay tuned for further updates as the 2013 Jaguar XK range progresses through the development cycle--we'll have the latest as it breaks.