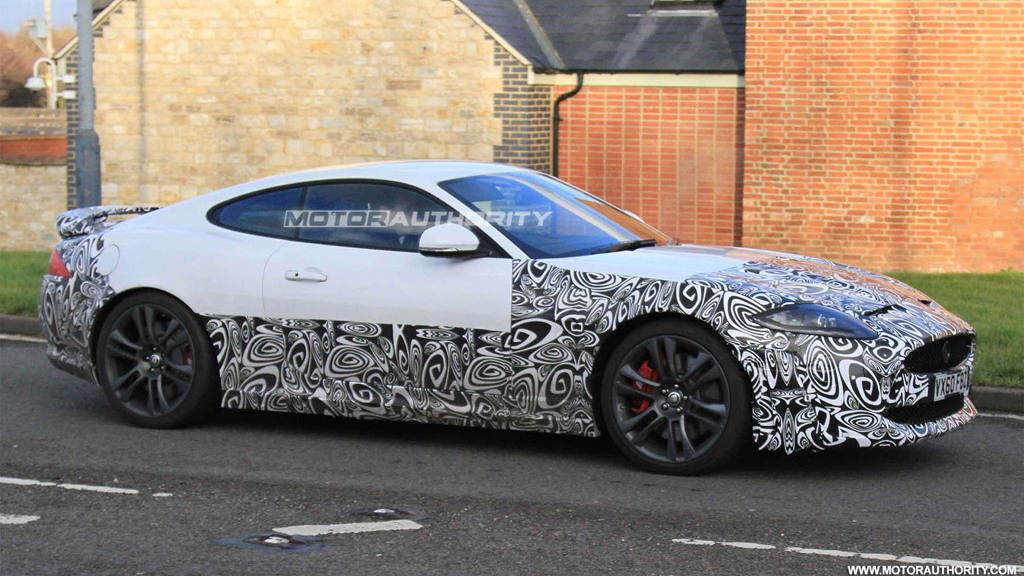 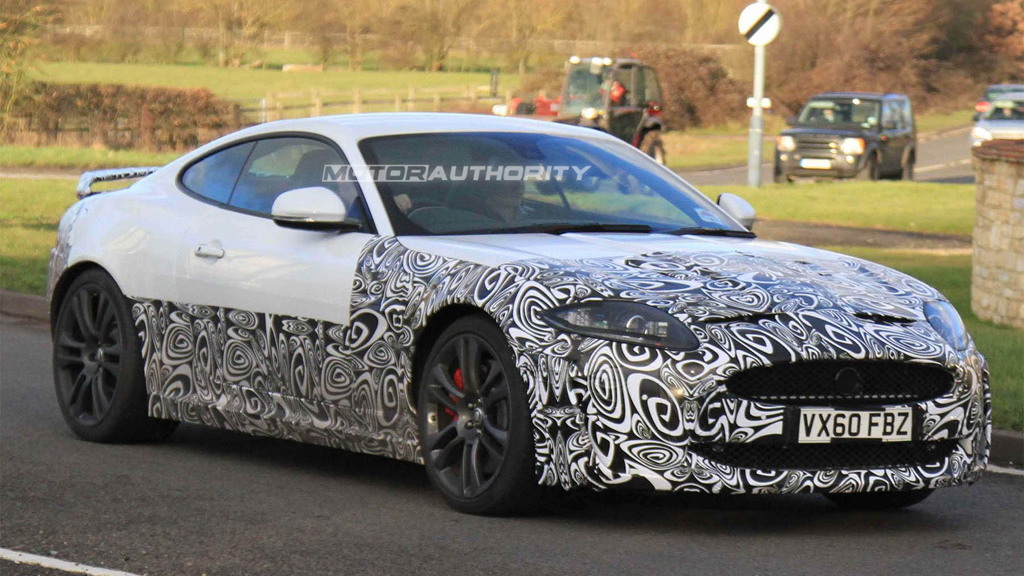 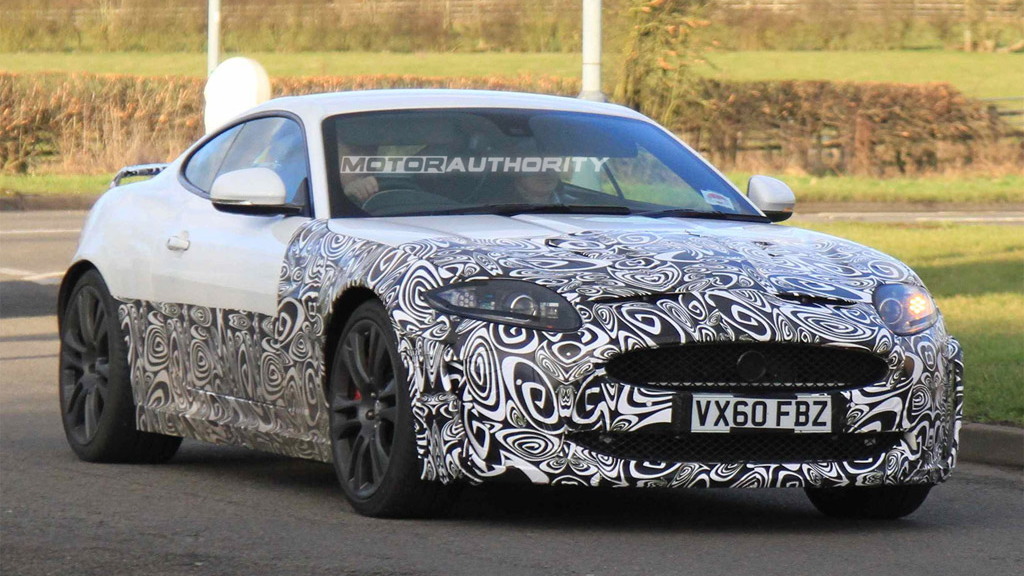 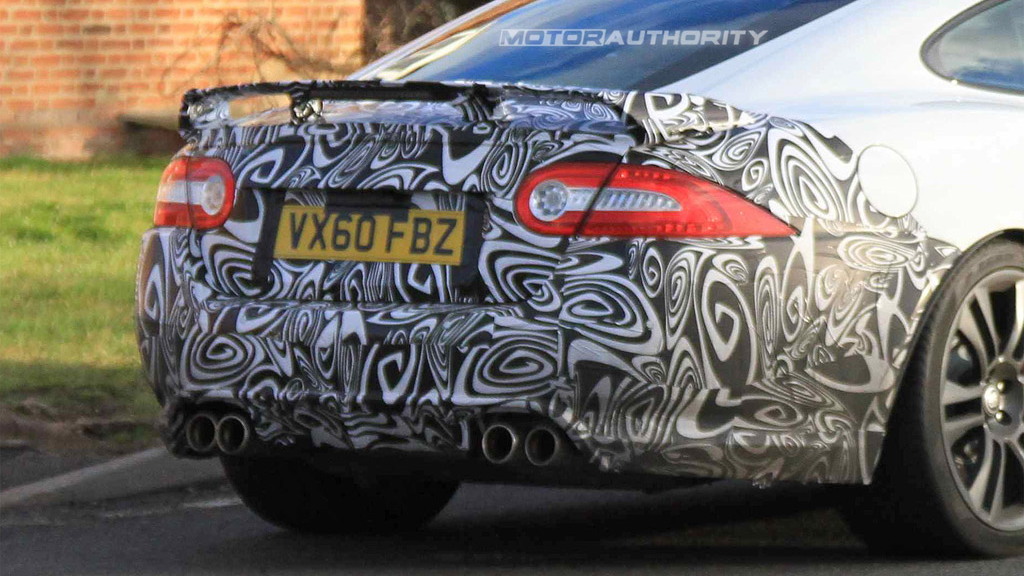 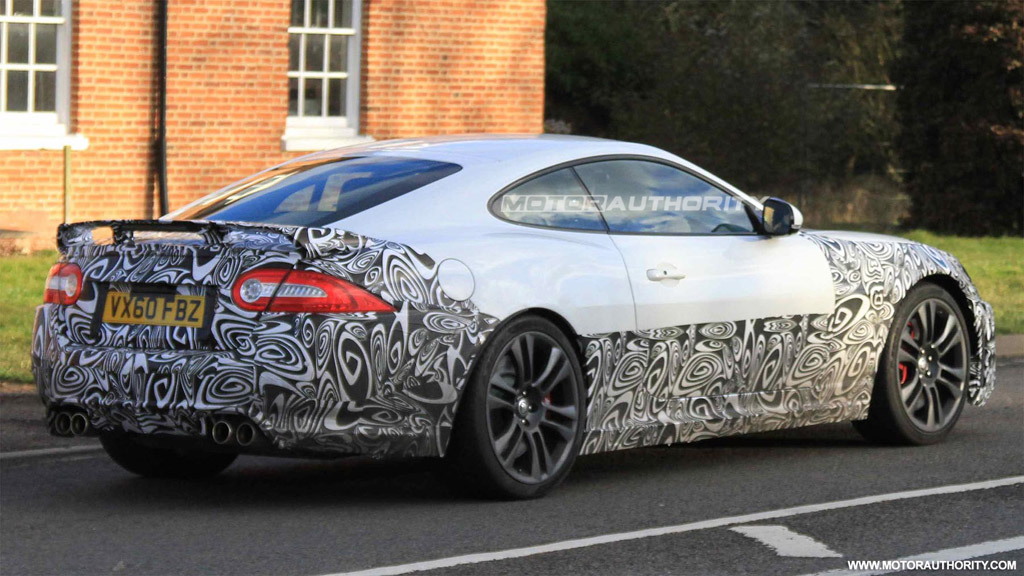 7
photos
Over the past year or so most of the buzz surrounding Jaguar’s future sports car lineup has centered on a new roadster model dubbed the XE, which is expected to arrive in the next year or two. However, to keep sales of the current XK and high-performance XKR chugging along in the meantime, Jaguar also has several updates in store for its flagship coupe and convertible.

A successor is planned, though its release keeps getting pushed back due to limited resources at the British marque. No matter as the platform residing in the current XK is superb and the car’s styling remains drop dead gorgeous.

Seen here is a prototype for the high-performance XKR variant, which should arrive late next year as a 2013 model. Due to the heavy camouflage gear it's hard to make out much in the way of detail, though we can see several differences.

This latest facelift will be a lot more significant than the last major update to the XKK, with revised head and tail lights, new bumper designs and more aggressive spoilers all present. Inside, the dash and most of the cabin should also be revised as part of the update.

In terms of powertrains, most of the supercharged and naturally aspirated V-8 units of the current model will carry over but with minor revisions for emissions regulations and possibly more power.

We’ll keep you updated as news on the 2013 Jaguar XKR breaks.