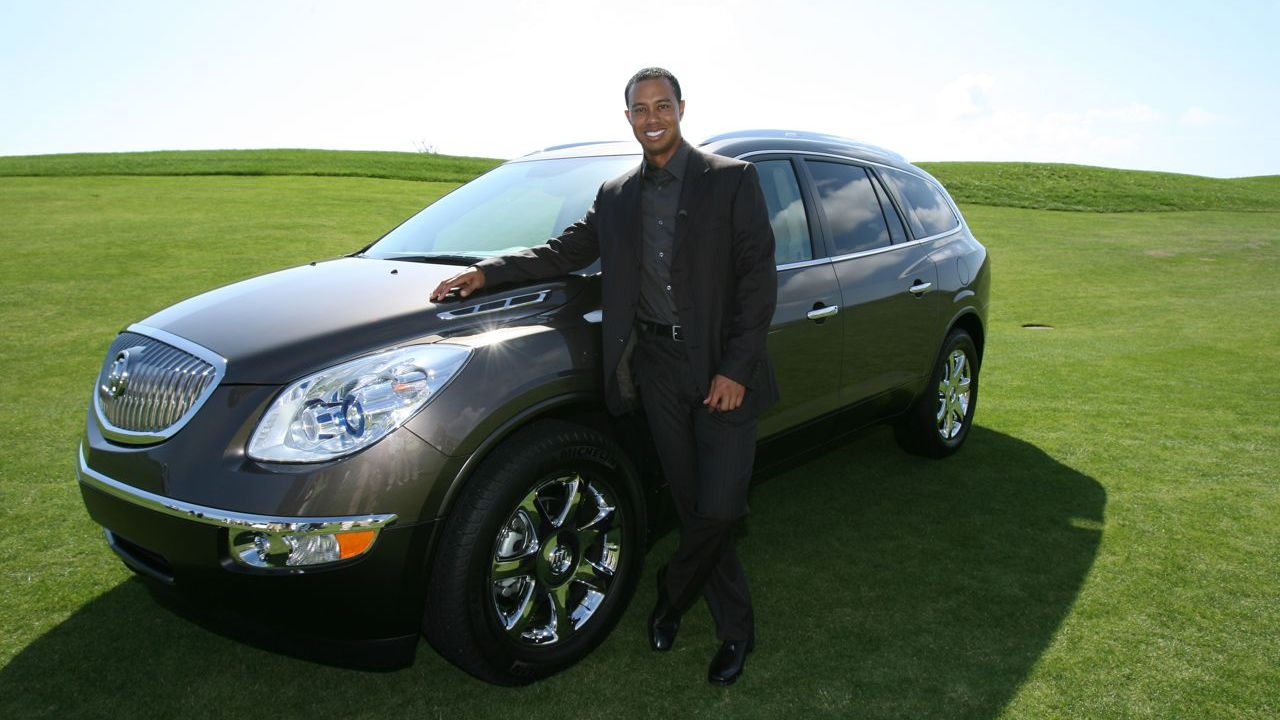 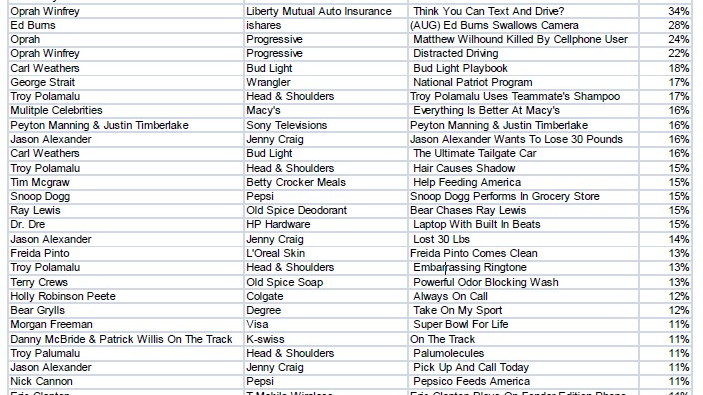 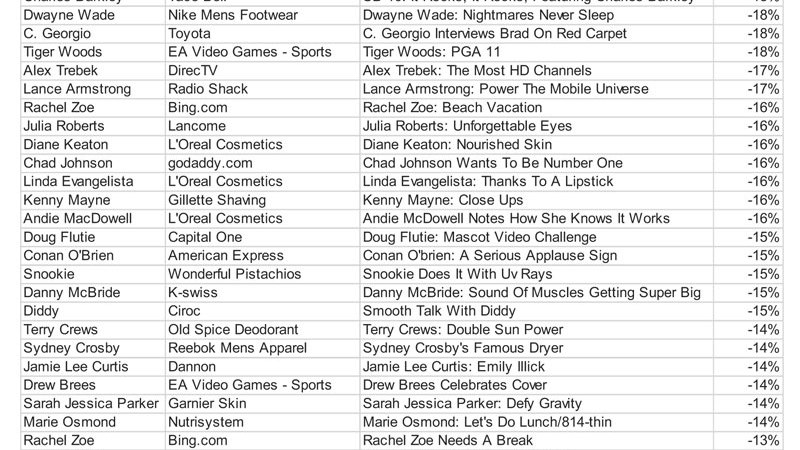 Once upon a time, hiring a celebrity to endorse a product was considered a magic bullet: run an ad with Cary Grant driving your sports car or Jack Benny buying your gasoline, and you could pack your bags for Easy Street. But does that still hold true? A new study from Ace Metrix shows that companies still pay through the nose for celebs, but they aren't getting much bang for their buck.

Ace looked at more than 2,600 ads that ran in 2010, and they found that the high cost of celeb spokespeople rarely pays off:

[C]ontrary to popular wisdom—celebrity ads do not perform any better than non-celebrity ads, and in some cases they perform much worse.  In our data, whether or not a celebrity endorses a product was unimportant in determining whether an ad resonated with viewers.  In fact, when compared with industry norms, relatively few celebrity ads were able to earn performance marks above their industry averages.

How bad is it? Of all the celeb-fronted ads surveyed, only 12% generated significant buzz among viewers -- "significant" meaning 10% better response. On the flip side, nearly 20% of celeb ads actually scored lower than their John Doe equivalents.

There were a few celebrities who consistently turned in high marks. No surprises who landed at the top of the heap: Oprah Winfrey, whose auto insurance spots scored up to 34% higher than comparable others. Jason Alexander, Tim McGraw, and Snoop Dogg also fared pretty well, with their ads ranking above industry averages.

At the other end of the scale: Snookie, Dale Earnhardt Jr., Donald Trump, and -- surprisingly -- Lance Armstrong, whose spots generated from 11% to 28% less interest than non-celeb ads in the same field. And at the very, very bottom of the pile: Tiger Woods, whose controversial "Did You Learn Anything?" ad for Nike -- his first major post-sex-scandal appearance -- generated 30% less response than similar ads without a celeb. Good thing his contract with Buick ran out when it did.

So, why the change? Why don't celebrity spokespeople bring home the bacon like they used to? We can't say for sure, but it's our guess that celebs simply aren't what they once were -- rare creatures glimpsed in movies and occasionally on talk shows. Reality television has turned every housewife with a HUMMER into a household name, and even folks too young for a driver's license can become YouTube sensations, so long as they have $25 for a webcam. When Antoine Dodson becomes a prized "get" on morning talk shows, you have to ask: what does "celebrity" even mean these days?

For a rundown of high and low celebrity performers, enlarge the two charts above. For a PDF of the Ace Metrix report, click here.