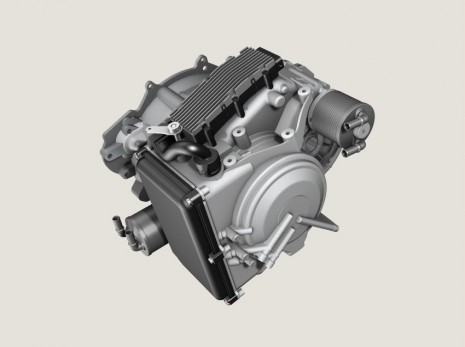 How many gears does your car have? Have you ever felt it had too few? Well, say hello to the Matt LeBlanc of transmissions, the ZF nine-speed automatic. Feeling inadequate?

You should, according to ZF. "Similar to ZF's eight-speed automatic transmission used in rear-drive platforms, the new 9-speed delivers extremely short response and shifting times that are below the threshold of perception. That means double shifts and direct multiple gearshifts occur without the driver or passenger noticing," said ZF president and CEO Hans-Georg Harter in the official announcement.

Using extra gear ratio allows engineers to tune a car to stay in its most efficient rpm range for a higher percentage of the time, minimizing sweeps of the tach under normal acceleration, almost like a continuously variable transmission.

That's where we get into the madness. The move from three-, four-, and five-speed transmissions to a largely uniform six only occurred relatively recently in the long history of automatics. Seven, then eight, came shortly after, but remain mostly in the domain of luxury and sports cars. Now we're at nine. The incremental gains have to be minimal, at best.

Further, how many times can you divide a car's useful gearing range before you begin to approach the reality, as well as the function, of a continously variable gearbox? How many people really notice the gaps between gears even in a now-plebeian six-speed?

To make the matter even less rational, the ability to skip gears, or "double shifts" and "multiple shifts" as ZF calls them, means the transmission might intentionally put a nice big gap in your gear ratio to deliver the acceleration or deceleration requested. That means less hesitation, but could also mean less smoothness as the difference in ratio of a two-gear jump in a nine-speed would in most cases be slightly larger than the one-gear jump a six-speed would make, though ZF claims to have ironed that out.

Do you really need nine speeds? Outside of the freight business, does anyone?