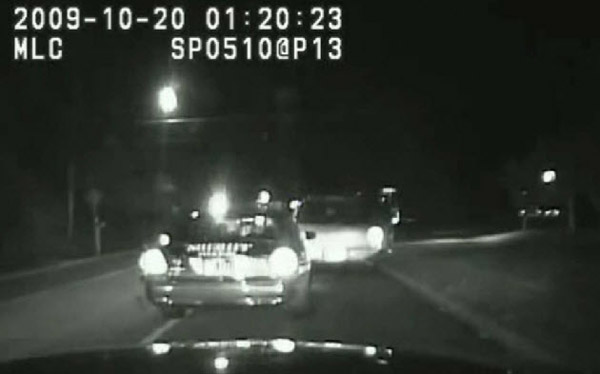 It’s hard to imagine that cases of extreme police brutality are still being reported, but one motorist in Ohio found out the hard way. John Harmon, a 52-year old diabetes sufferer, was on his way home from work when a low blood-sugar level caused him to veer out of traffic suddenly.

This picked up the attention of a nearby Ohio sheriff deputy who approached Harmon’s car with his gun drawn. He allegedly proceeded to scream at Harmon before smashing his car’s window and dragging him out of his seat.

Not only was Harmon’s elbow dislocated in the altercation but he reportedly had his head kicked in and was shocked by an electric taser no less than seven times. Although we can’t see the alleged battering occur, we can certainly hear Harmon’s anguished screams. Understandably, Harmon is now suing the office of the sheriff deputy involved.