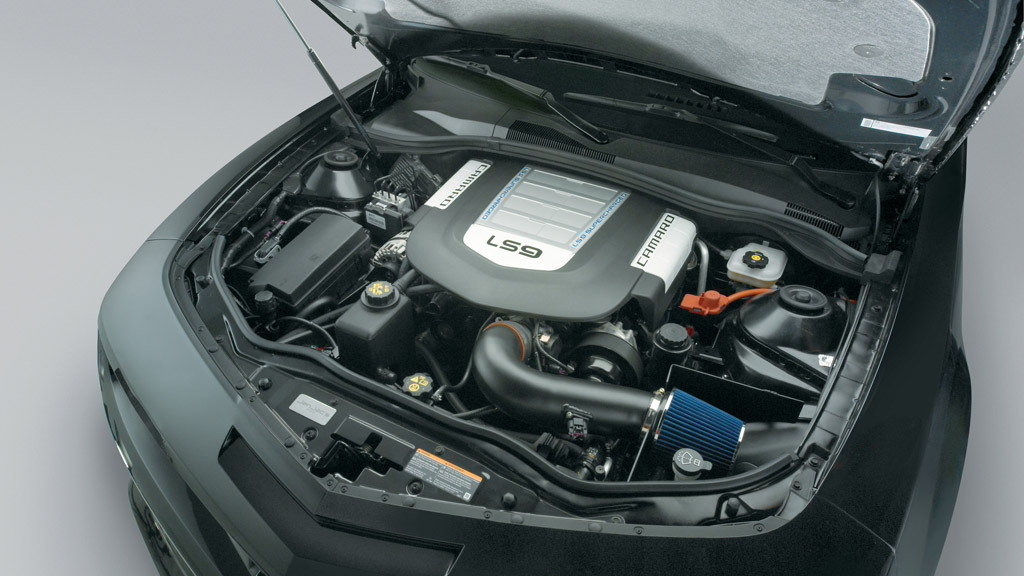 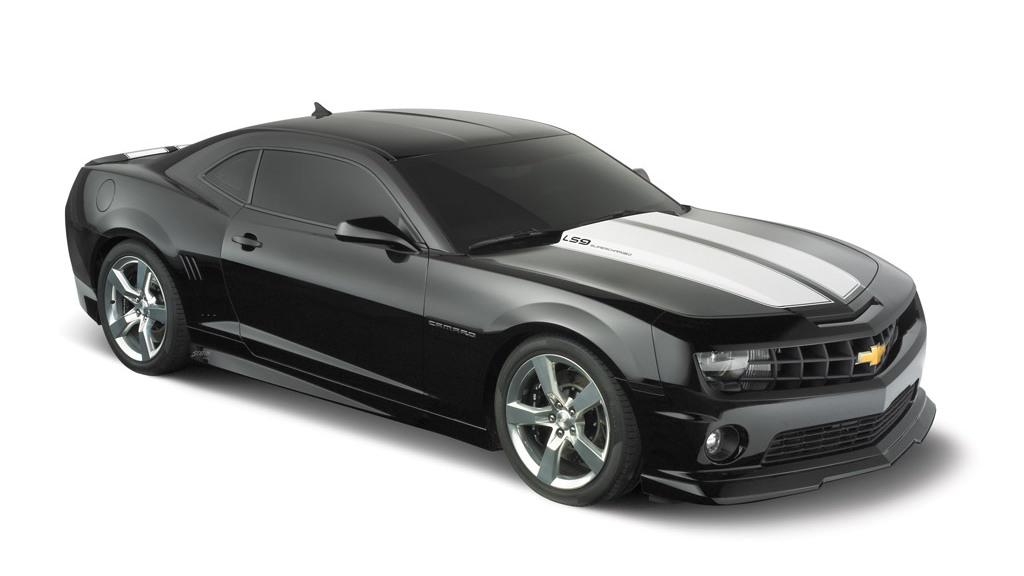 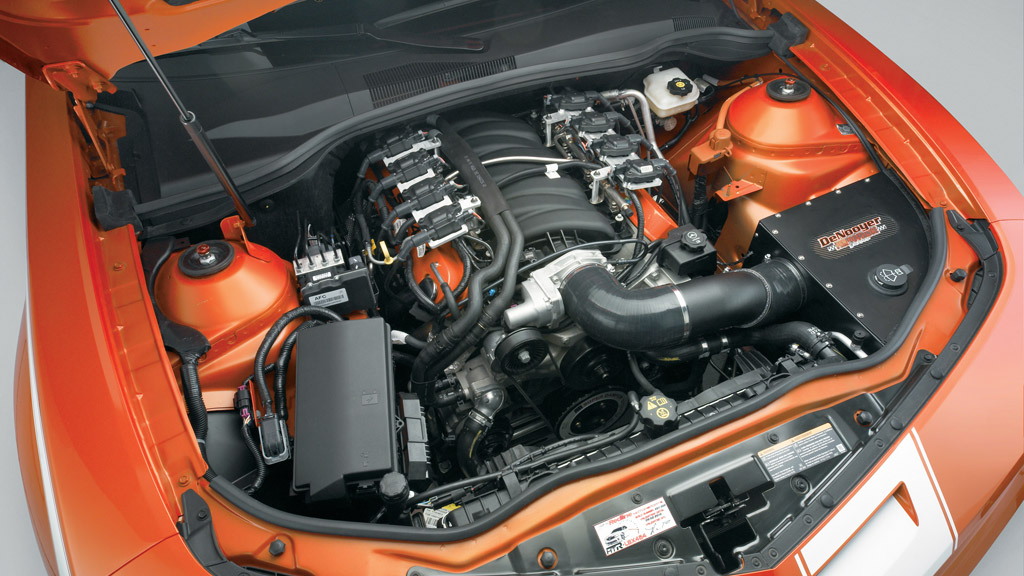 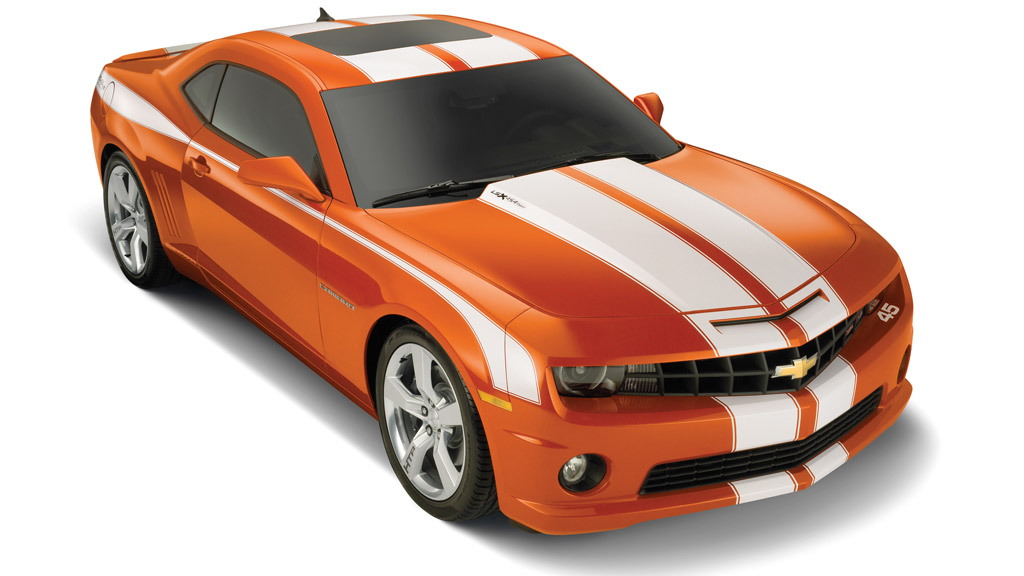 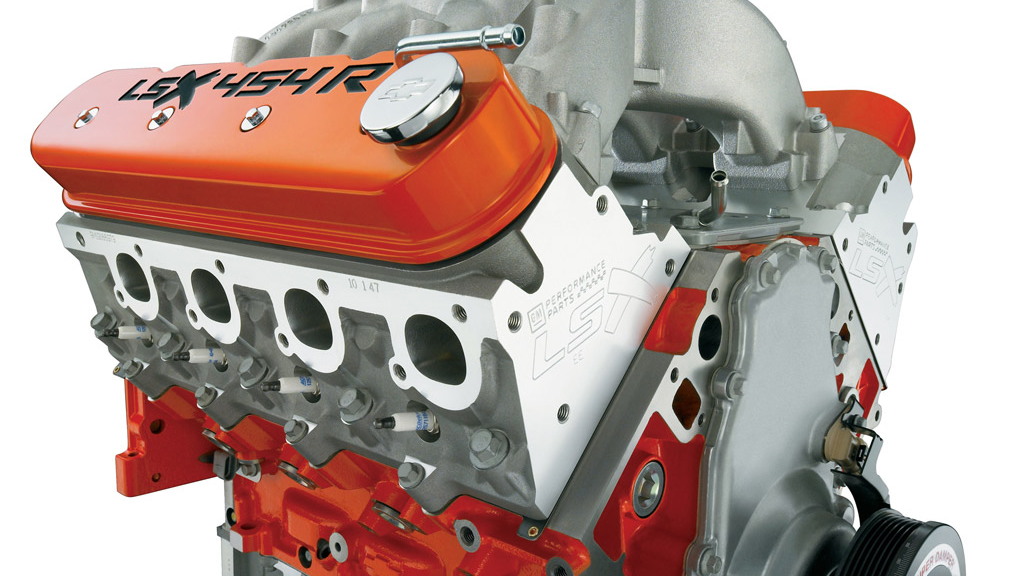 12
photos
Can’t wait any longer for Chevrolet to release its new supercharged Z28 Camaro? Not to worry as you only have to flick through the latest 2011 GM Performance Parts catalog to satisfy all your performance and customization desires. It contains more than 300 pages of crate engines, parts and accessories for vehicles powered by GM’s LS small-block and big-block V-8 engines--and almost every one of them is available for purchase online.

This year’s catalog, available from most GM dealerships, focuses on accessories for high-performance LS engine builders. However, for customers looking for turnkey vehicles, i.e. ones that you can just hop in and drive away, there’s also several dealer-built cars listed, including an LS9 powered Camaro with 700 horsepower on tap.

Dealer-built performance packages have always been an important part of Chevrolet’s muscle car heritage. Names like Yenko, Nickey, Berger and others helped drive high-performance options, while enhancing the mystique of one-off collectables decades later. In fact, it was creative ordering on the part of dealers that created the legendary COPO Camaros of the late 1960s--cars available from certain dealers, but not offered in any official catalog or order guide.

More than 40 years later, a couple of dealers--DeNooyer Chevrolet in New York and Georgia’s NeSmith Chevrolet--have rekindled the concept of using Chevrolet’s own parts to create specialty Camaros that simply aren’t offered in regular production.

DeNooyer used the LSX454 crate engine to build a modern 454 engine for the Camaro SS. Thanks to port fuel injection, LS7-style LSX six-bolt cylinder heads, an all-forged rotating assembly and an 11.0:1 compression, peak output rises to a healthy 620 horsepower and 590 pound-feet of torque.

NeSmith, on the other hand, went with the proven supercharged LS9 engine from the Corvette ZR1 supercar for its modified Camaro. Partnering with expert performance shop, Redline Motorsports, to help engineer and build its car, which churns out 700 horsepower. Of course, there’s also plenty of drivetrain parts, including stronger axles and a Baer brake system featuring six-piston calipers, front and rear, to complement the new powerplant.

After seeing the potential of the GM Performance Parts range, the upcoming Z28, which will ‘only’ be sporting about 556 horsepower, is starting to look a little feeble. It’s only a matter of time until some crazy tuners will be boosting output on this model too.