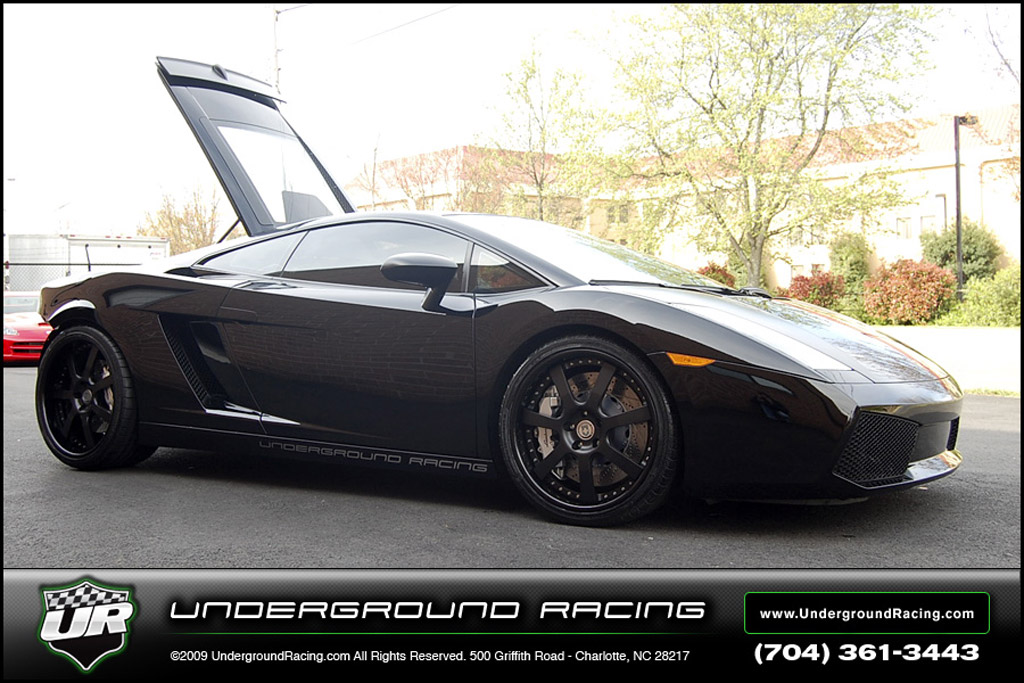 Underground Racing is an American tuning firm based just outside of Charlotte, North Carolina that specializes in twin-turbocharging kits for Italian exotica, namely Lamborghini’s Gallardo and Murcielago supercars.

The firm has a reputation for building some of the most awesome power-up kits in the business, like this twin-turbocharged Lamborghini Murcielago LP670-4 SV, which actually spat out fire during a high-speed run. Sadly, that reputation turned slightly sour following an incident involving one its highly modified Gallardos.

The car, which develops upwards of 2,000 horsepower and is capable of reaching speeds in excess of 250 mph, suffered a crash while traveling at more than 200 mph. Fortunately the driver was unhurt and walked away from the crash--proof that modern safety equipment isn't only necessary, it's damn effective. You can see a video of the crash here.

To help turnaround its tarnished image, Underground Racing is working on a new Gallardo project, and this time it’s using the highly exclusive Gallardo Nera as its blank canvas. You may recall that the Nera was a special edition Gallardo built in a production run of just 185 cars back in 2007.

We can only surmise what Underground Racing has planned for the car but expect otherworldly power ratings and insane top speeds. Check out this teaser video of the car completing some acceleration tests.