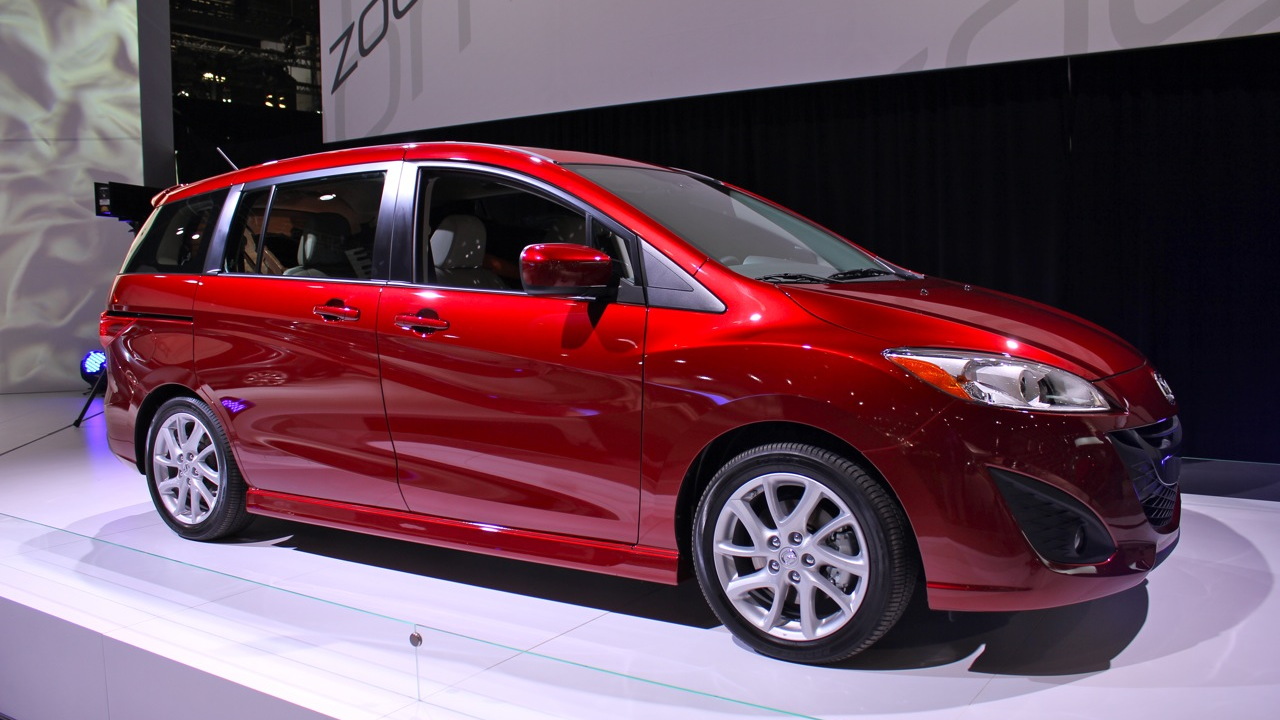 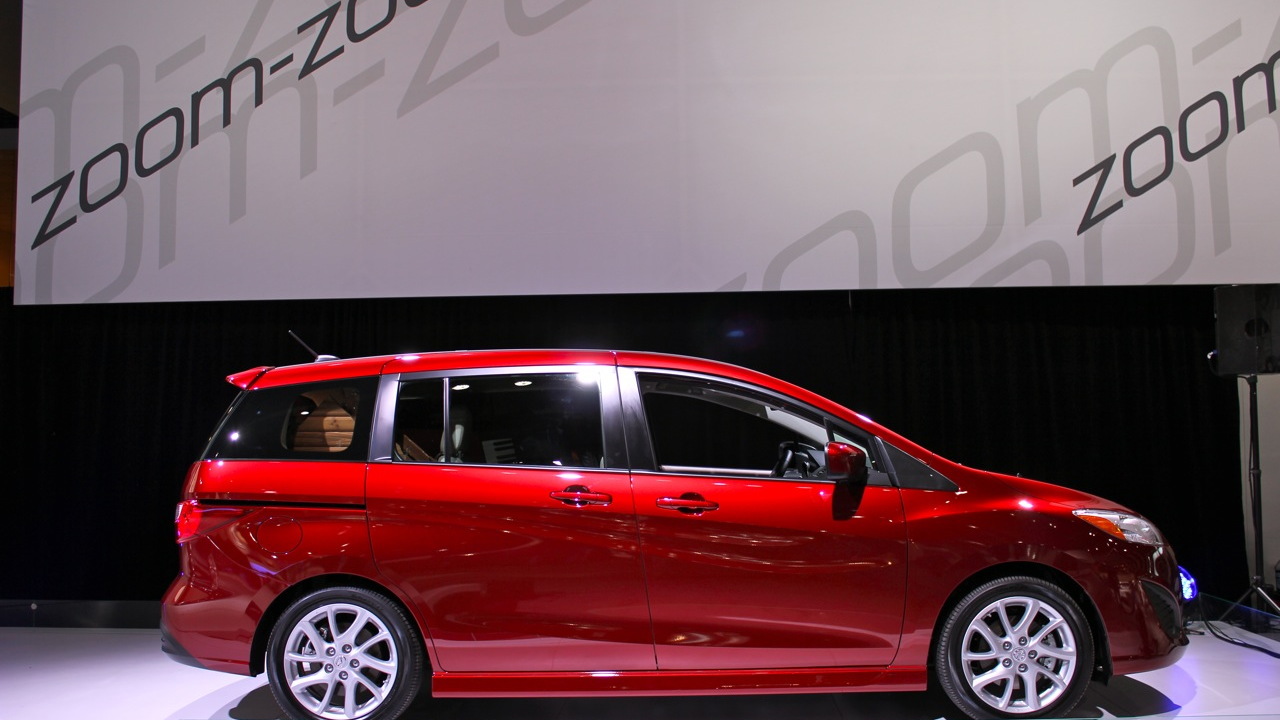 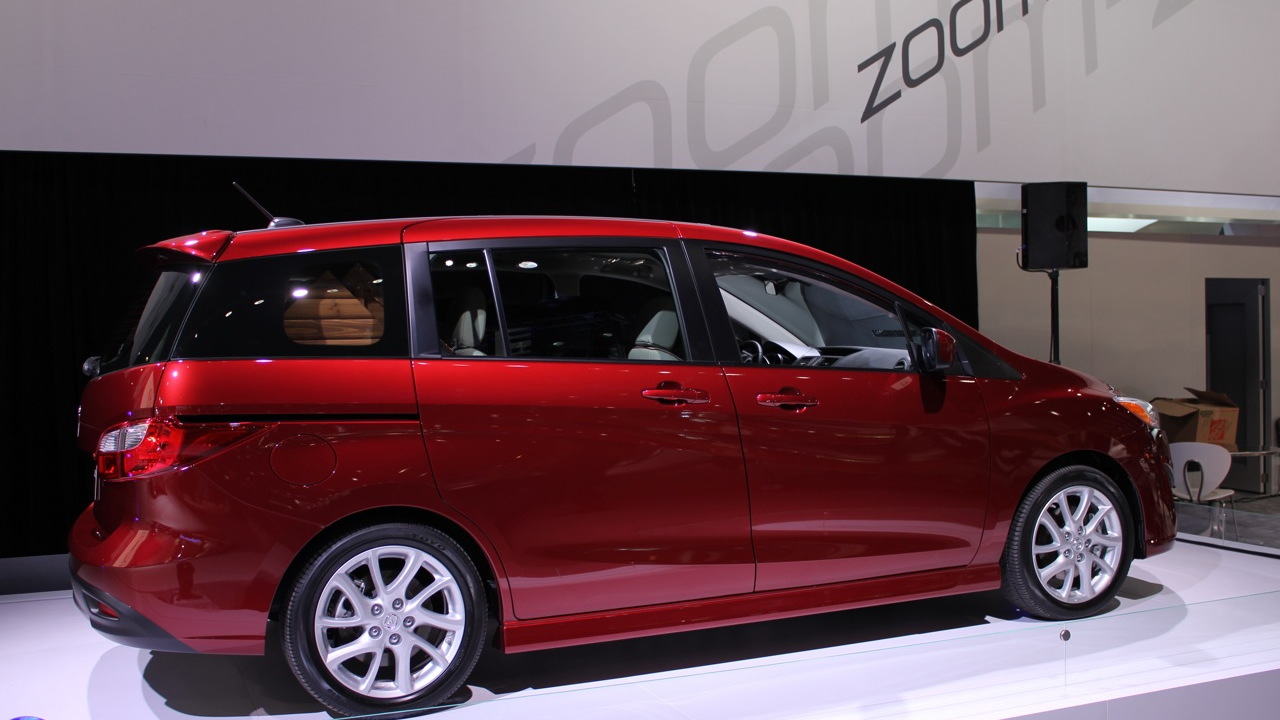 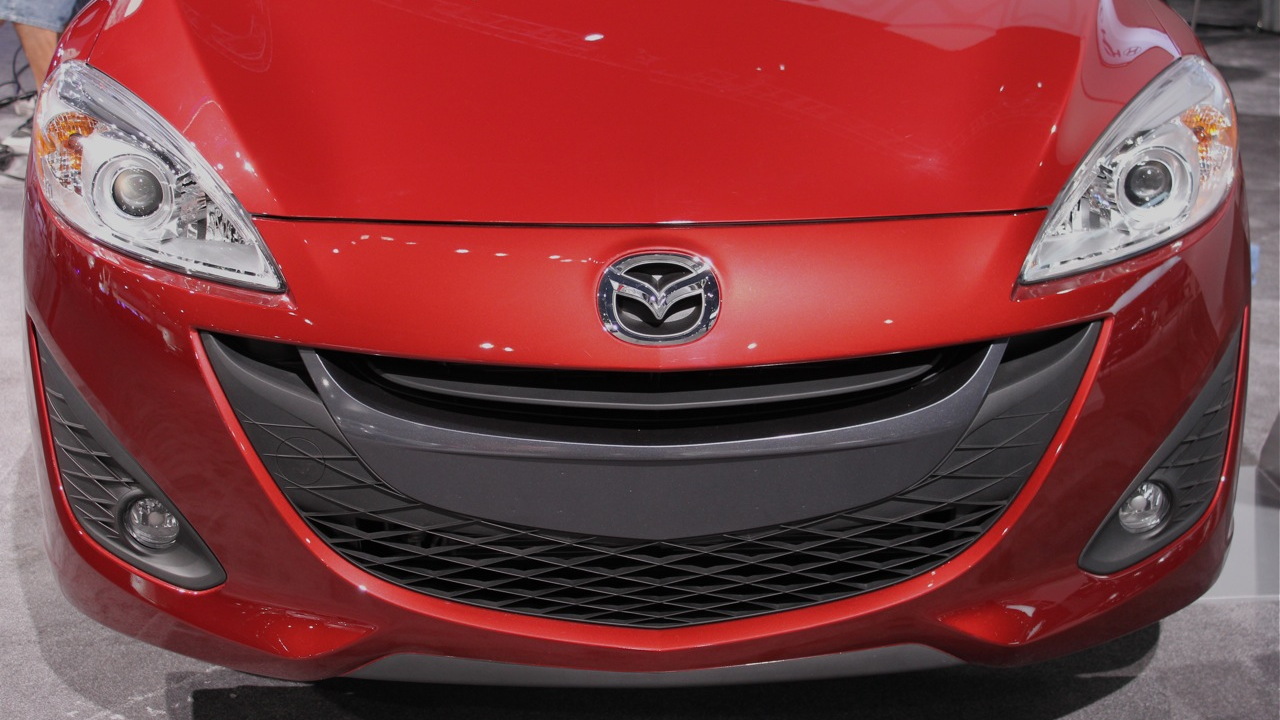 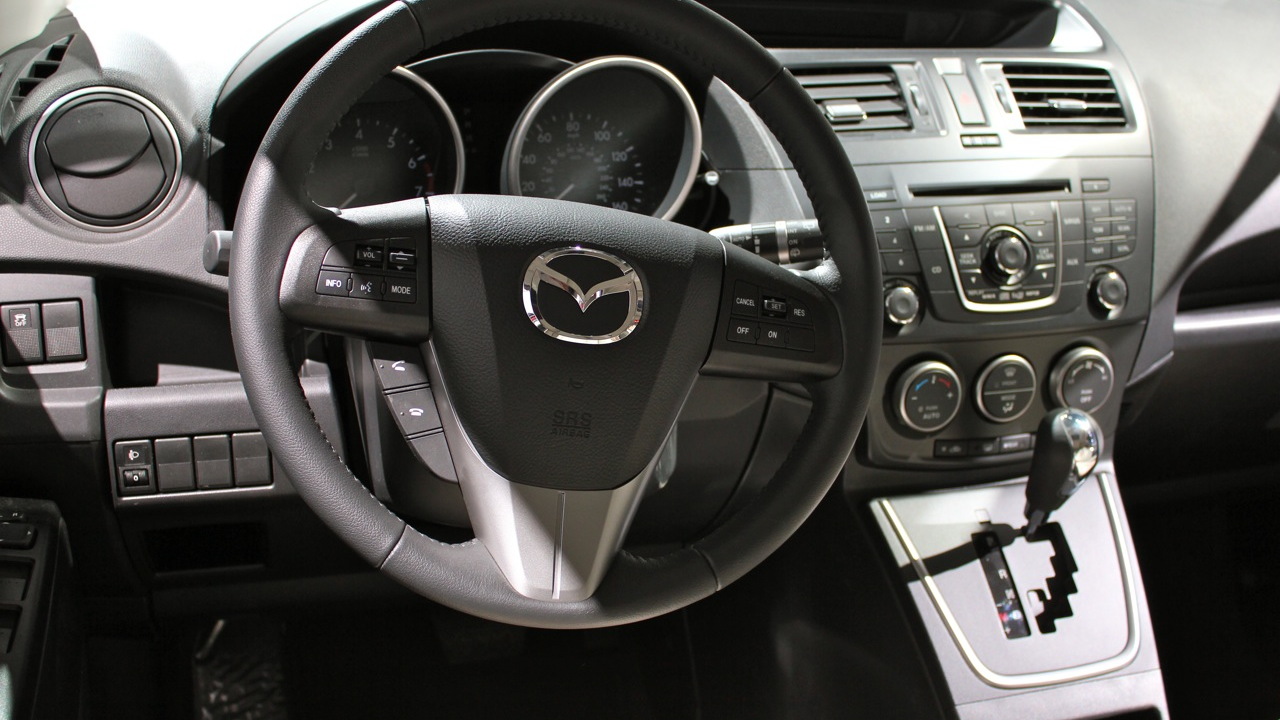 Put on a happy face--that's what Mazda is doing with the Mazda5, the pert little Euro-sized MPV that's been refreshed for the 2012 model year.

The Mazda MPV is on display this week at the 2010 Los Angeles Auto Show, wearing the new grinning front clip that's related to the smiley faces on the current Mazda3 and Mazda2.

Loosely speaking the Mazda5 is another of the "Nagare" cars, that being the name for Mazda's current styling theme--the one they're ditching for the Shinari theme shown in concept form, next to the Mazda5 on the LA stand.

Beyond sheetmetal changes, the Mazda5 slots in a new 2.5-liter four-cylinder engine with 157 horsepower. Since the Mazda5 is a distant cousin of the upcoming 2012 Ford C-Max, this four-cylinder will slot into the Ford van sometime in 2012--but Mazda won't be getting the Ecoboost four-cylinder that launches with the C-Max late next year.

Six-passenger seating and a choice of manual or automatic gearboxes return with the Mazda5. It's on sale by early 2011.