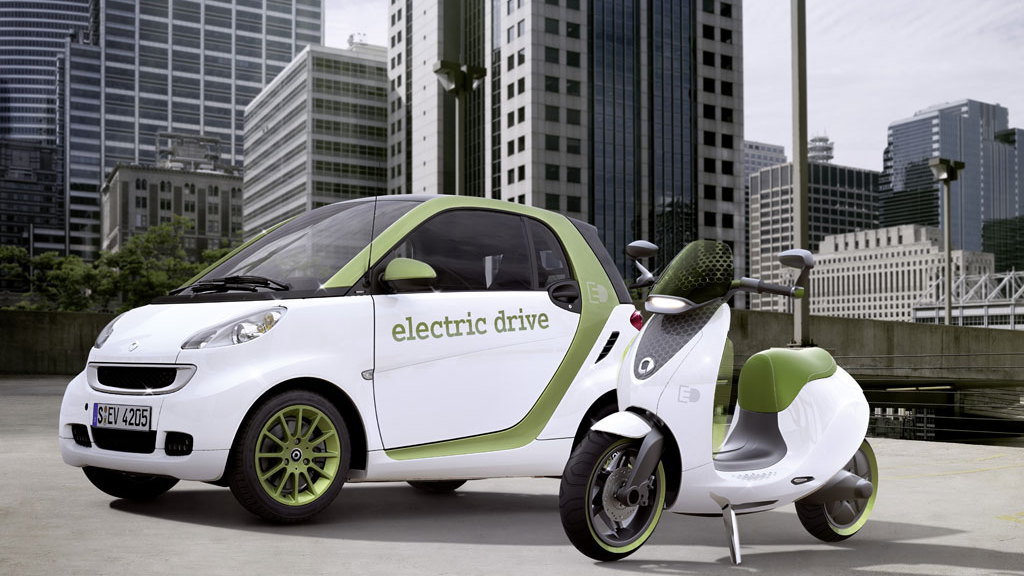 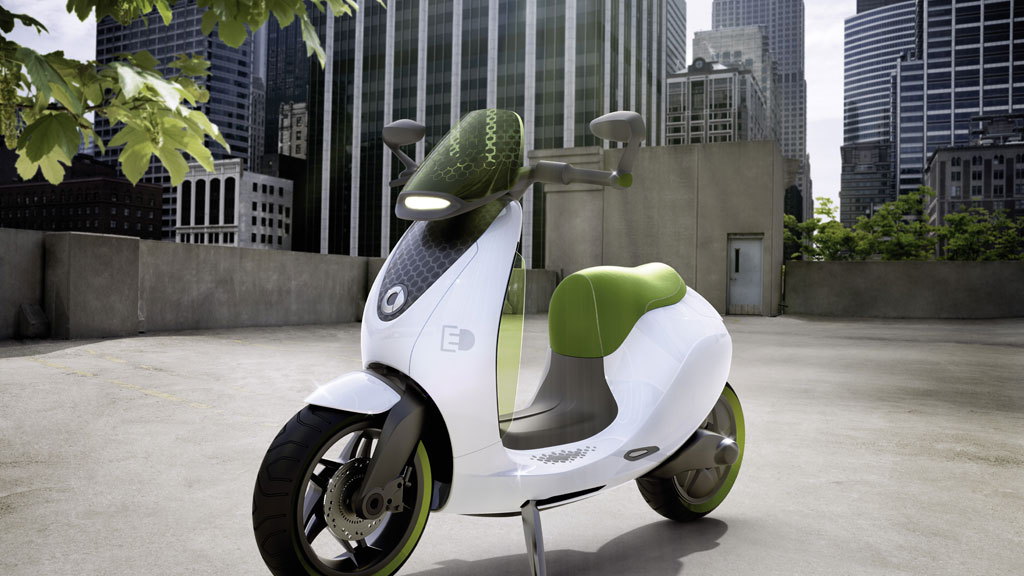 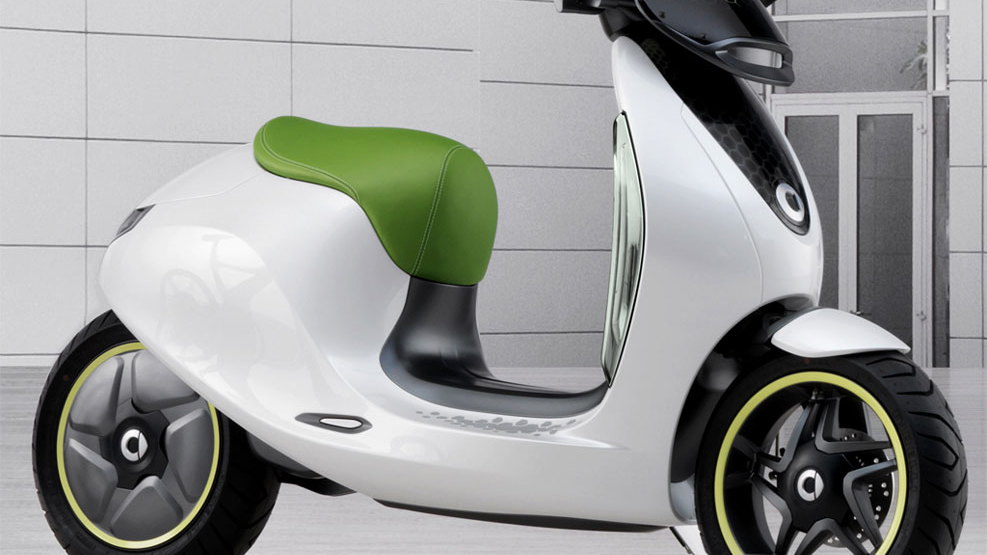 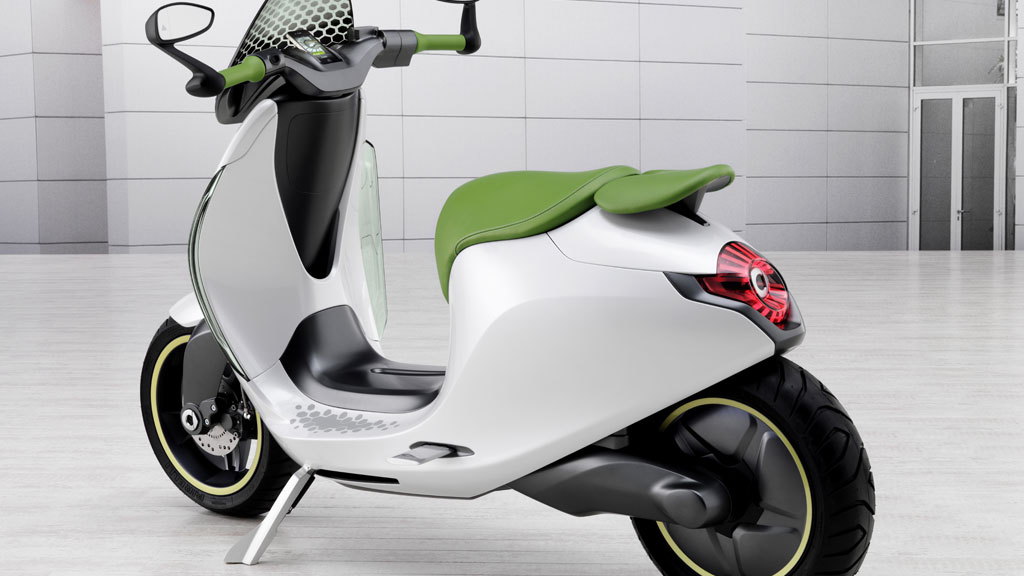 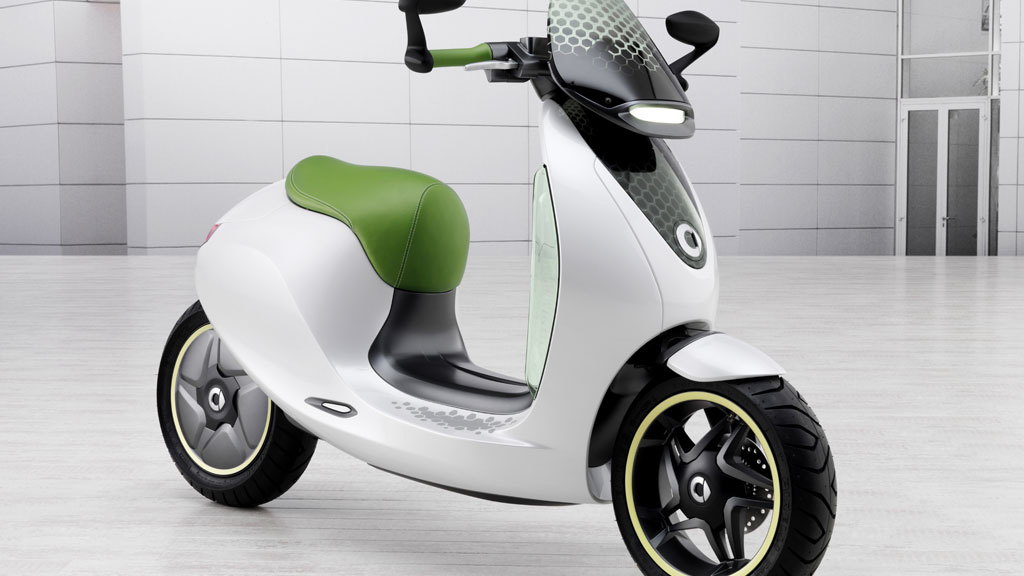 Set to debut next week at the 2010 Paris Auto Show, the new Escooter is Daimler’s vision of what a safe, environmentally-friendly and highly practical single track vehicle designed for urban environments could look like.

In standard mode, the Escooter seats one but a second seat that folds away is also included. Drive comes from a disc-shaped wheel hub motor in the rear wheel and offering a total of 6 horsepower. The brushless direct current hub drive transmits its power directly to the rear wheel and is maintenance free. Top speed is around 30 mph, enough for urban commutes but far short of highway requirements. Total driving range is 62 miles on a single charge of the scooter’s lithium-ion battery.

Braking is done with just one control to slow down the front and rear wheels simultaneously. When the hydraulic disc brake at the front is actuated, an anti-lock braking system kicks in. At the rear the electric motor switches into regenerative mode whenever the brake is applied, slowing the wheel and converting the kinetic energy into electrical energy to top up the battery. Further charge comes from an array of solar cells at the front.

There are no immediate production plans for the Escooter but given their importance at this year’s Paris event, as well as in previous years, we’re sure we’ll be seeing them in urban environments in the very near future.

The Motor Authority team will be on hand in Paris to bring you all the latest happenings direct from the show floor. Stay tuned to our Paris Auto Show coverage page by clicking here.