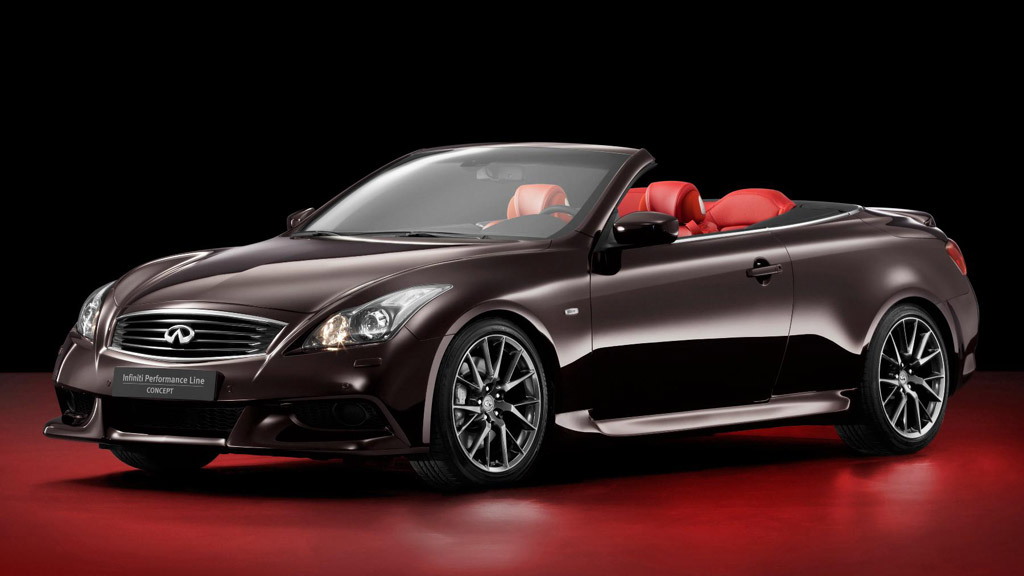 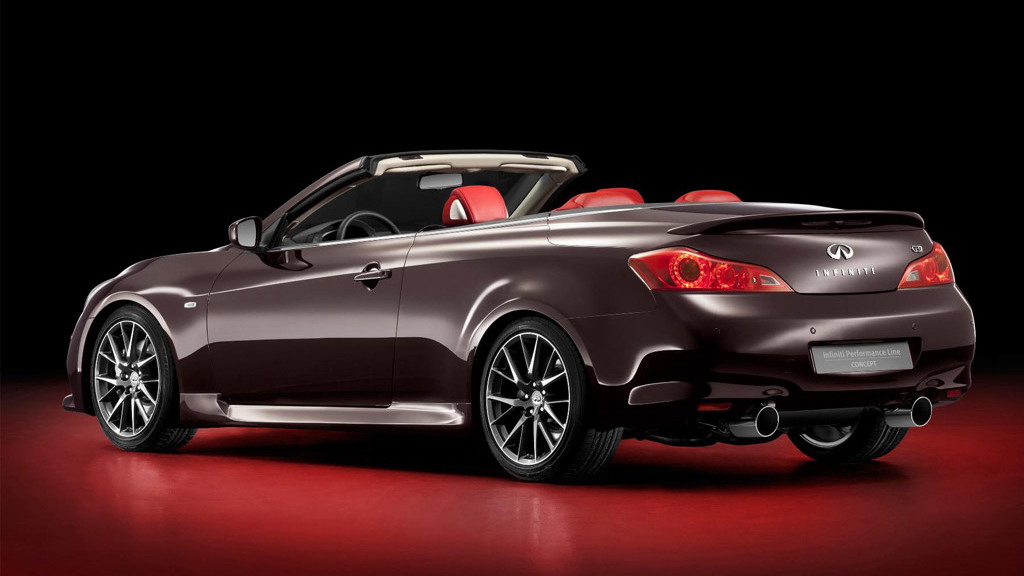 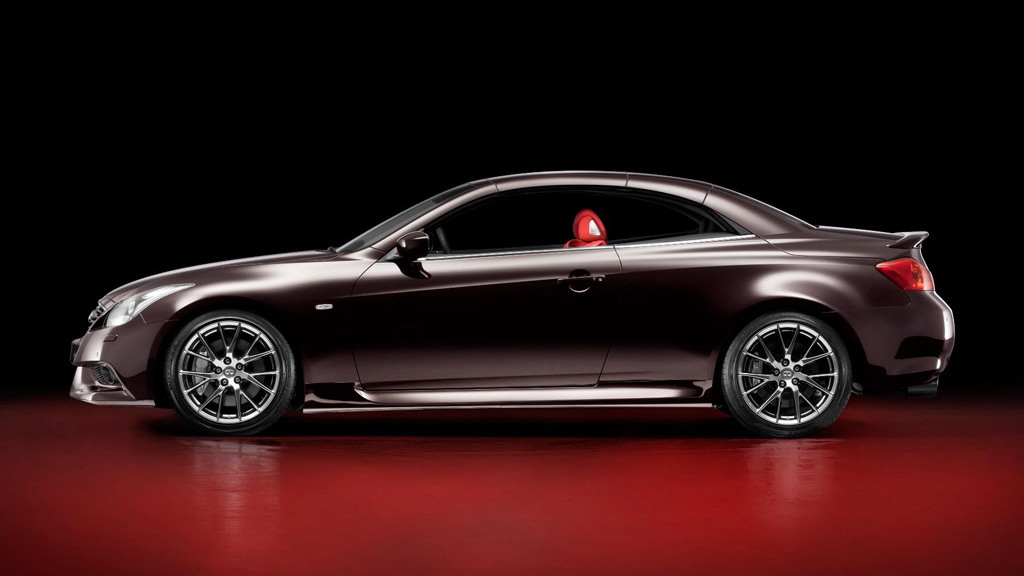 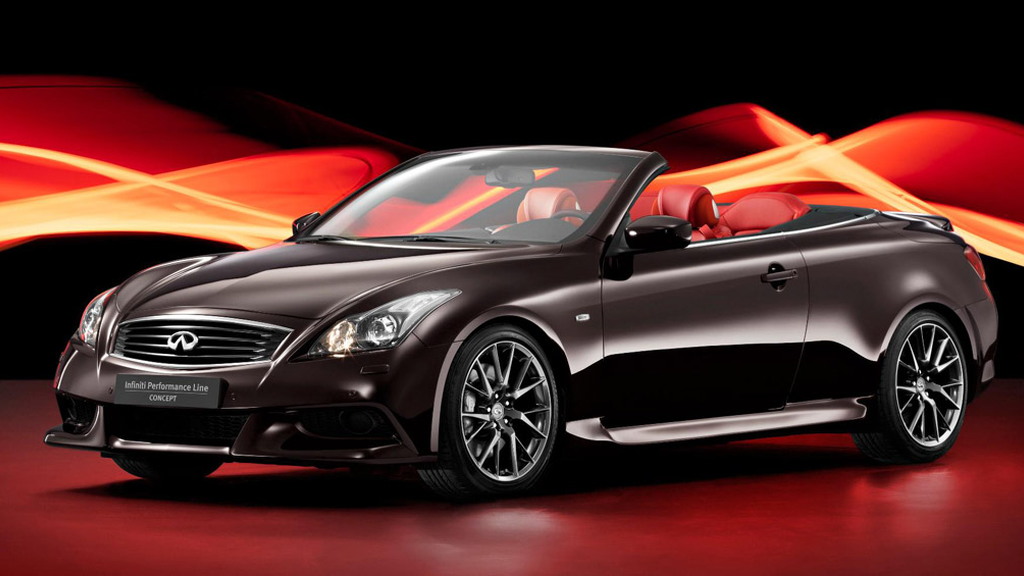 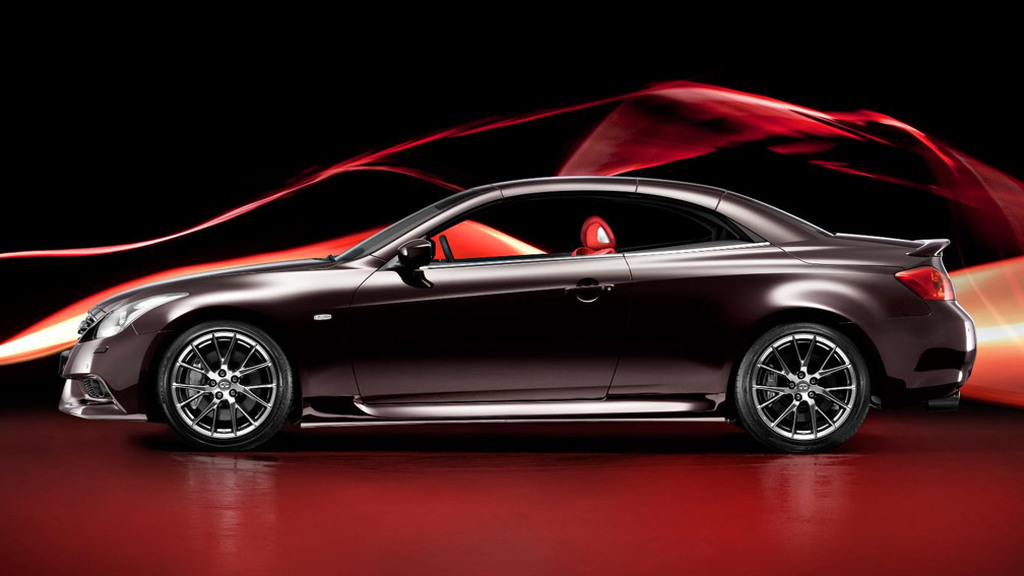 At last month’s Pebble Beach Concours d’Elegance we were treated with the unveiling of the new Infiniti Performance Line (IPL) branding, along with its first model, the 2011 Infiniti G37 Coupe IPL. Today, less than a week out from the 2010 Paris Auto Show, we have a preview of what’s next in line for the IPL brand, the new G Cabrio Concept.

Based on the sultry G37 Convertible, the G Cabrio Concept shares many of the IPL G37 Coupe’s features but comes with a few subtle differences. The IPL brief is to redefine total vehicle performance, so while power, acceleration and handling all benefit, so do other aspects like the sound of the engine, the look of the details and the feel of the materials.

Under the bonnet is Infiniti’s familiar 3.7-litre V-6 boasting 338 horsepower, 18 horsepower more than standard thanks to a high-flow dual exhaust system. It doesn’t just sound better but also reduces exhaust pressure by 30 percent, further enhancing engine efficiency. Torque is up slightly to 276 pound-feet, rising from 266 pound-feet in the standard mill.

Other performance medications include a sports suspension, with 10 percent stiffer springs, a lowered ride-height and recalibrated dampers, as well as uprated brakes and tires.

A decision on production will made following the car’s debut in Paris but if these initial images are anything go by, Infiniti would be foolish not to build it.

Motor Authority will be in Paris next week for the G Cabrio Concept’s unveiling. In the meantime, stay tuned to our Paris Auto Show coverage page for all the latest details by clicking here.